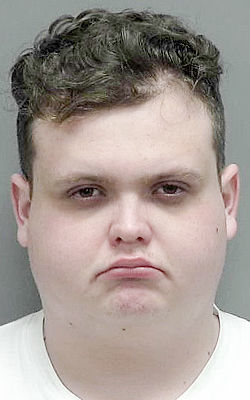 Employers often reject job applicants if they discover a criminal record, which is easy to find using online Wisconsin court records, something that wasn’t available years ago.

The question of expungement came up in the case of a town of Beloit man Tuesday in Rock County Court, and the judge suggested that legislation proposed in the state Legislature could change the outcome.

Garret T. Heffel, 23, of 1625 E. Inman Parkway, No. 5, Beloit, was accused of using marijuana and selling it from his home. He pleaded guilty Tuesday to possession with intent to deliver less than 200 grams of marijuana, maintaining a drug trafficking place within 1,000 feet of a park and five counts of possession of marijuana.

He had never been charged with a crime before, and he was young enough to qualify for expungement. State law allows expungement for those under age 25, but the age limit could change under Assembly Bill 33.

Rock County Court Judge Karl Hanson went along with a plea agreement and sent Heffel to jail for 90 days as part of a three-year probationary period.

Hanson also withheld sentence on the two most serious charges. If Heffel can complete probation, those charges would be dismissed, and Heffel would have no felonies on his record.

But Hanson also considered expunging all the charges if Heffel is successful on probation.

If Hanson expunges all the charges, then the entire record would disappear from the public record.

But Hanson said he wanted to be able to keep the one misdemeanor conviction on Heffel’s record so that if Heffel returned to using marijuana after he completes probation, then the new charge would be a felony, and that fact could give Heffel motivation to stay clean.

Hanson said he wanted to do that, in part, because it was clear that Heffel’s weed dealing was more serious than just an occasional, casual thing he did for friends.

But if the one misdemeanor conviction remains, the law requires all the dismissed charges to remain listed in online court records, the judge said.

Lawmakers in Madison are considering changes to the state’s expungement statute so the law could change in three years, allowing Hanson to do what he would prefer: Keep one misdemeanor charge on the record and erase the rest of the charges from public view.

Hanson allowed Heffel to serve his jail time with release privileges for work and to continue counseling, and he said Heffel could serve the time at home on a monitoring bracelet, if the sheriff’s office allows it.

Heffel’s mother, Jill N. Heffel, 51, of 3203 Park Ave., Beloit, was charged with party to maintaining a drug trafficking place and two counts of party to marijuana possession in the same case.

Jill Heffel was sentenced Friday to two years of probation on the possession charges, with the possibility of having the felony charge dismissed if she completes probation successfully, according to online court records.