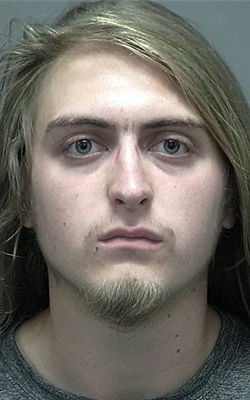 An Albany man has pleaded guilty to a child sexual assault charge stemming from a 2019 incident and had other charges dismissed and read into the record, court records show.

Christian S. Klapper, 24, of 1936 N. Highway 104, pleaded guilty in Rock County Court on Sept. 16 to a single charge of second-degree sexual assault of a child, according to online court records.

A young boy who knew him told a Rock County sheriff’s detective that Klapper sexually assaulted him at Klapper’s home in July 2019, according to a criminal complaint. A witness saw the assault.

That led authorities to execute a search warrant.

According to an affidavit in support of the warrant, one of the boy’s relatives said Klapper would insist that boys he baby-sat drink smoothies. One boy said he would then fall asleep and wake up with disheveled clothes.

The relative said the family used a home test kit, and the boy’s urine tested positive for THC, the psychoactive ingredient in marijuana.