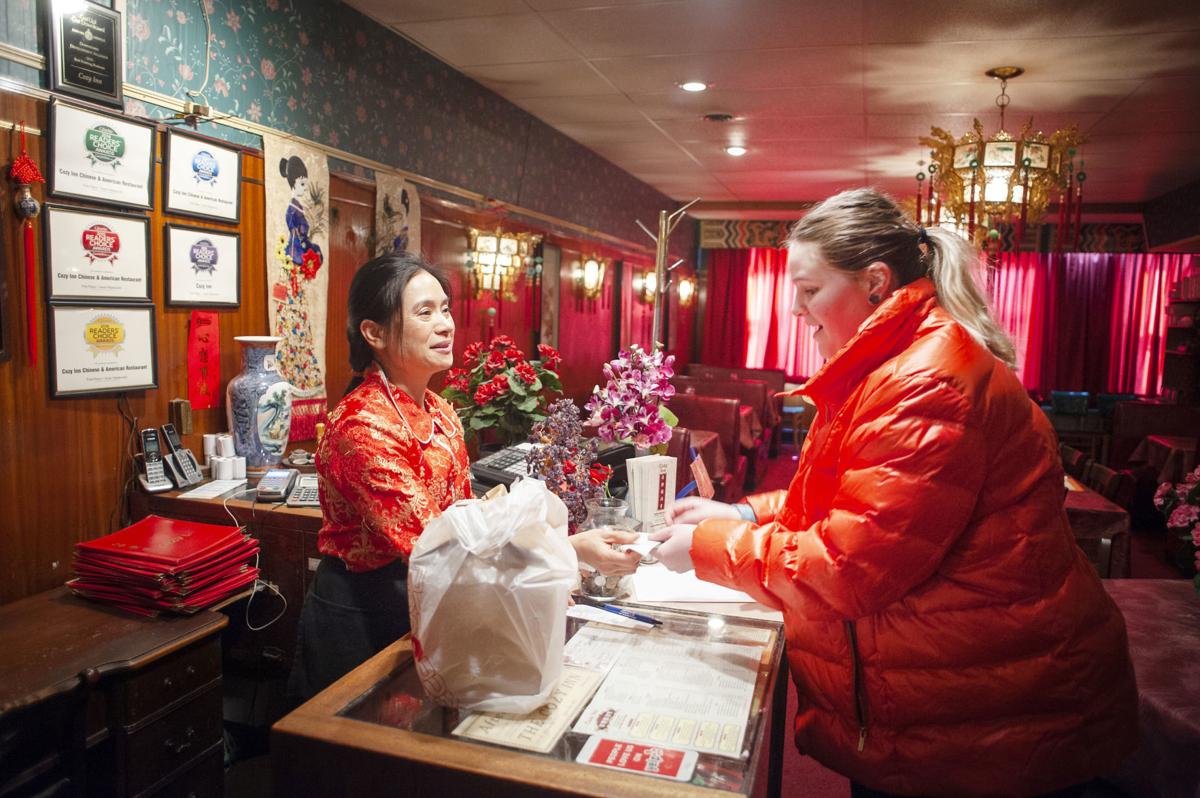 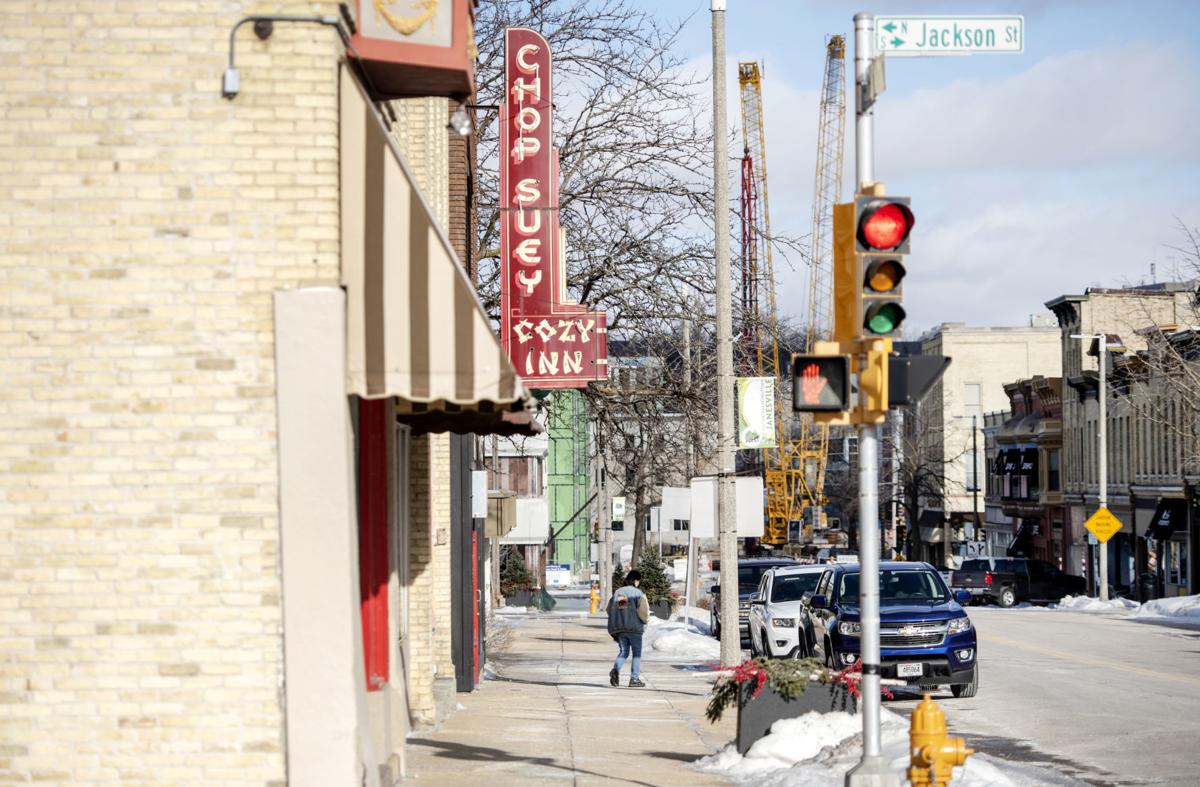 A customer walks out of Cozy Inn, 214 W. Milwaukee St., in downtown Janesville.

A customer walks out of Cozy Inn, 214 W. Milwaukee St., in downtown Janesville.

The state contractor who is replacing the decades-old bridge says with extra elbow grease and extended work hours, crews might have the new bridge open by July.

July was the original timeline for the project’s completion, said Alex Bromley of Westbrook Associated Engineers, the project manager.

Bromley said work had been delayed “weeks” in fall because of a high, fast-flowing Rock River. A few days of subzero weather and ice slowed progress further, he said.

The bridge project now is on track for new pilings to be installed to support new spans. That puts it at a point that crews might be able to make up for lost time if they work six-day weeks with extra hours, Bromley said.

Cozy Inn proprietor Tom Fong has noticed a drop-off in customer traffic since the bridge detour started in the fall.

He said it’s normal to see a winter slowdown. But even some regular visitors to his Chinese restaurant—one of the longest-running eateries downtown at 214 W. Milwaukee St.—have not dropped in to eat or carry out lately.

“Some of our business has started to drop during the lunch hour. Carry-outs and everything. It’s just the way the construction detour has diverted that traffic around downtown to Centerway, I think,” Fong said. “People go around for the detour, and they keep going. Why would they try to double back through downtown?”

Fong said some of his customers have noticed the slowdown.

One customer wrote a Facebook post with photos of her lunch at Cozy Inn. The customer wrote that despite the bridge closure, people shouldn’t forget West Milwaukee Street businesses such as Cozy Inn, Fong said.

He told the story of what happened next as he wiped sweat from his brow during the busiest lunch hour he’d seen in weeks.

“That Facebook post kind of went viral. Thousands of people looked at it. Today, I had a big, big lunch crowd. Lots of carry-out,” Fong said.

He hoped the serendipitous post had legs for a few more days.

“It might help back-fill some of the slower times we’ve had lately,” he said.

A new event—an outdoor craft beer festival called Flannel Fest—is planned for Feb. 23 at the town square and festival street, a new park that opened last fall along the riverfront, just east of the area affected by bridge construction.

Flannel Fest could draw 400 to 500 people for a full afternoon, Arthur said. She said that could offer at least a one-day influx of foot traffic to West Milwaukee Street businesses.

“We think that (Flannel Fest) crowd could benefit the whole downtown,” she said. “The hope is that people will stick around and do some shopping and dining throughout downtown.”

Arthur said Downtown Janesville Inc., a public-private business partnership, is working on a website update through the business improvement district that will help publicize details about the bridge project and a future replacement of Milwaukee Street.

She said the web page will give downtown businesses and residents updates on street projects and help people figure out how to navigate construction.

Bromley, the project manager for the bridge replacement, said contractors have been holding monthly meetings at City Hall to update businesses that have been affected by the project.

He said the meetings have been poorly attended. He has started to email business owners a monthly newsletter that gives the status of the project and upcoming work that might affect businesses nearby.