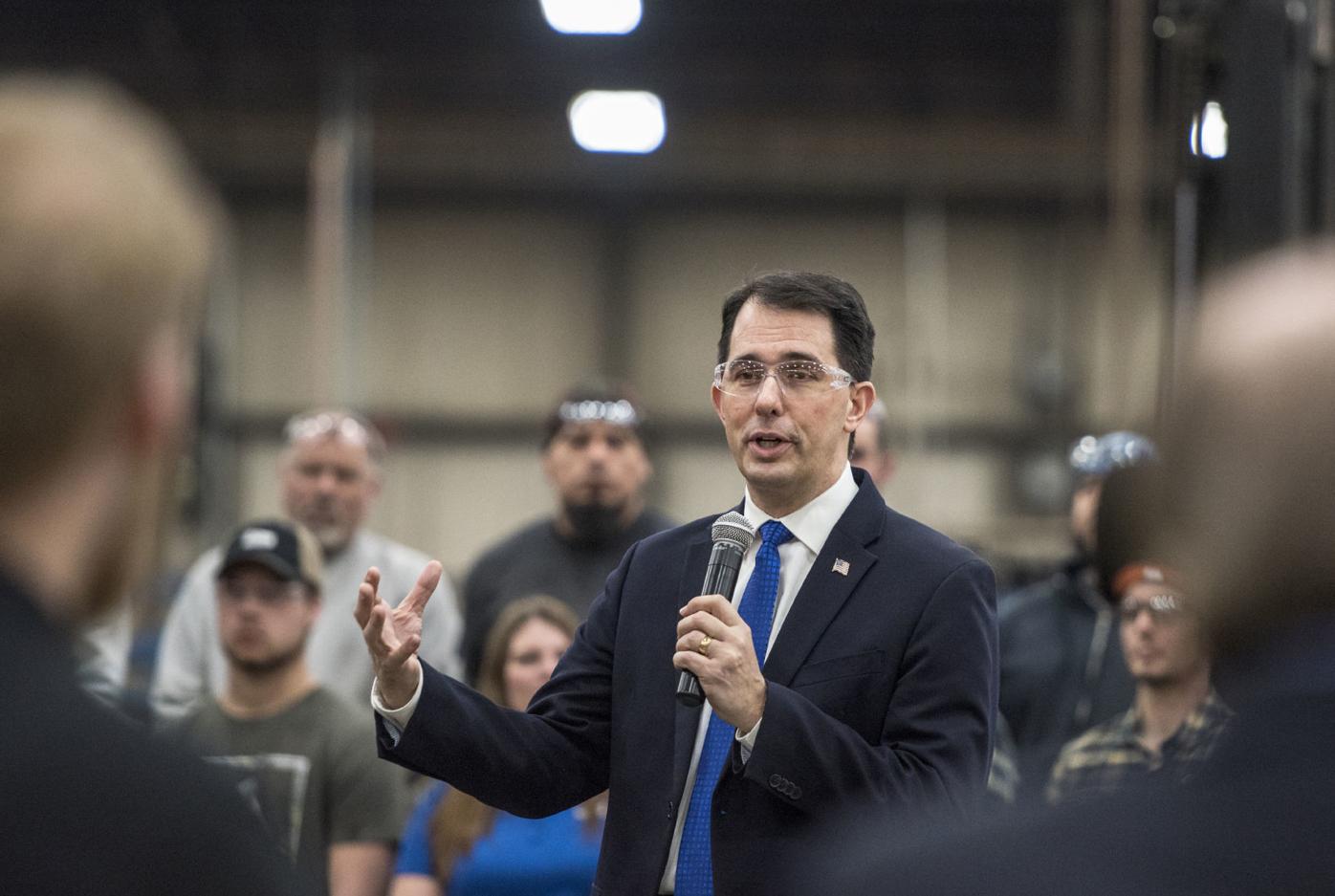 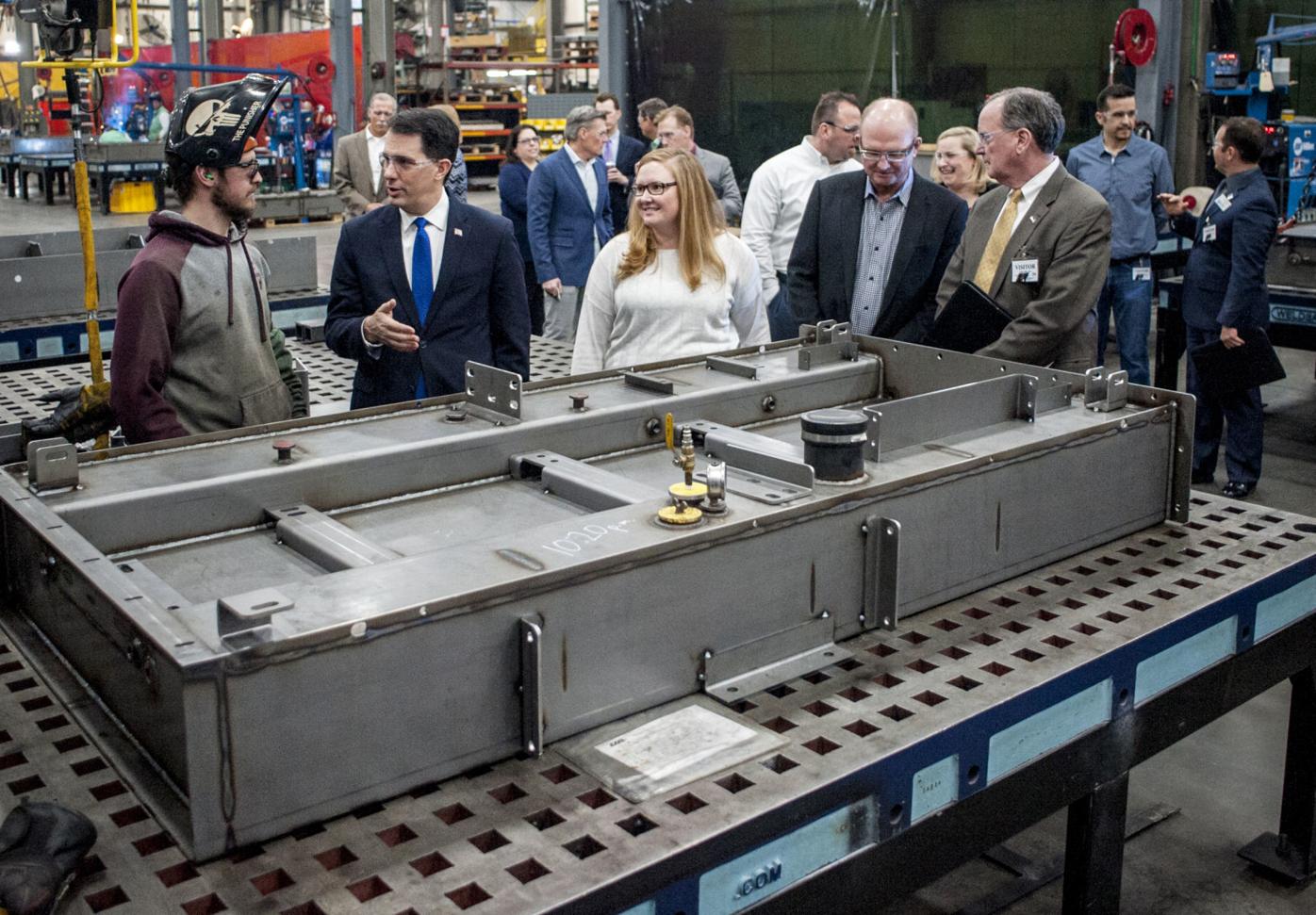 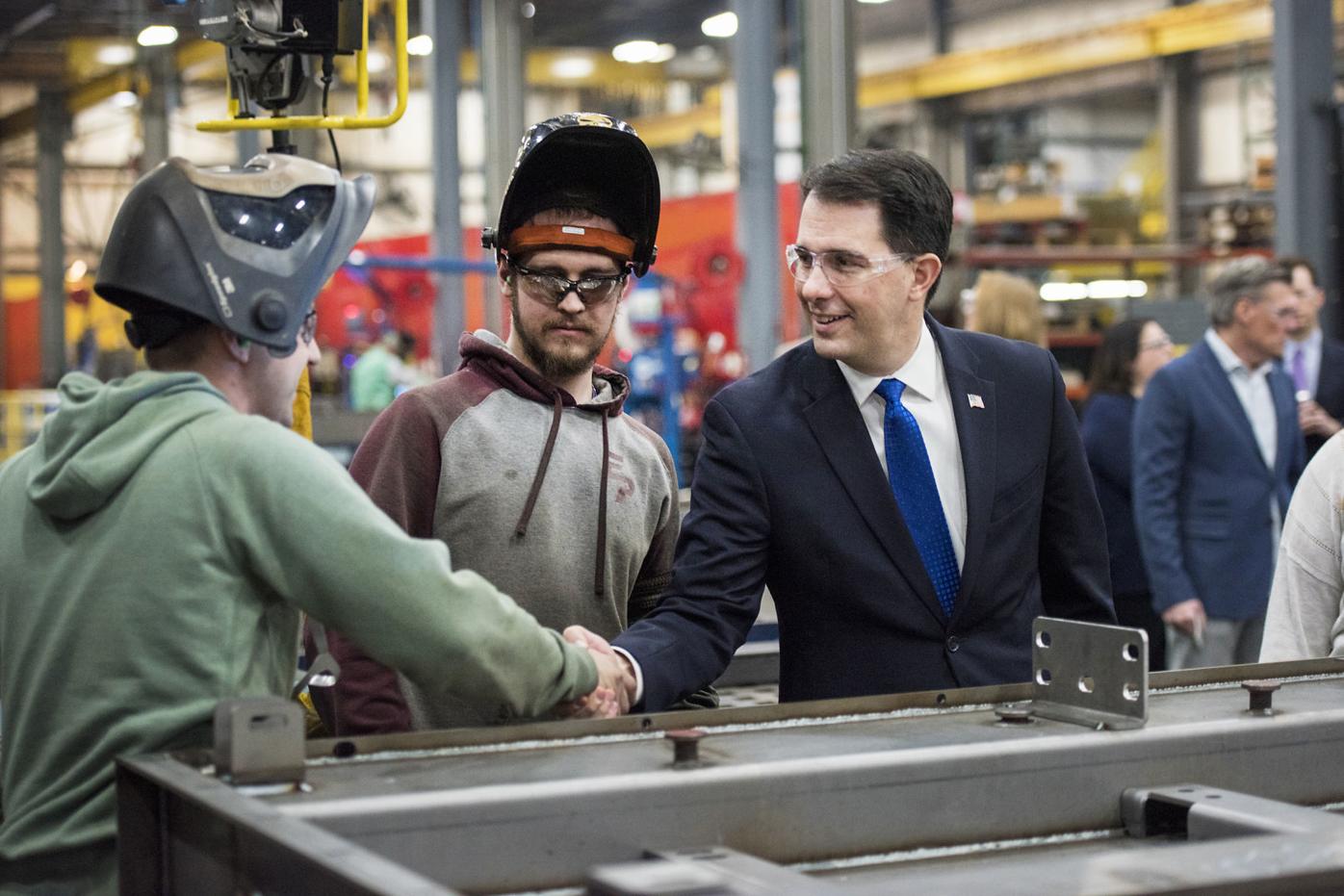 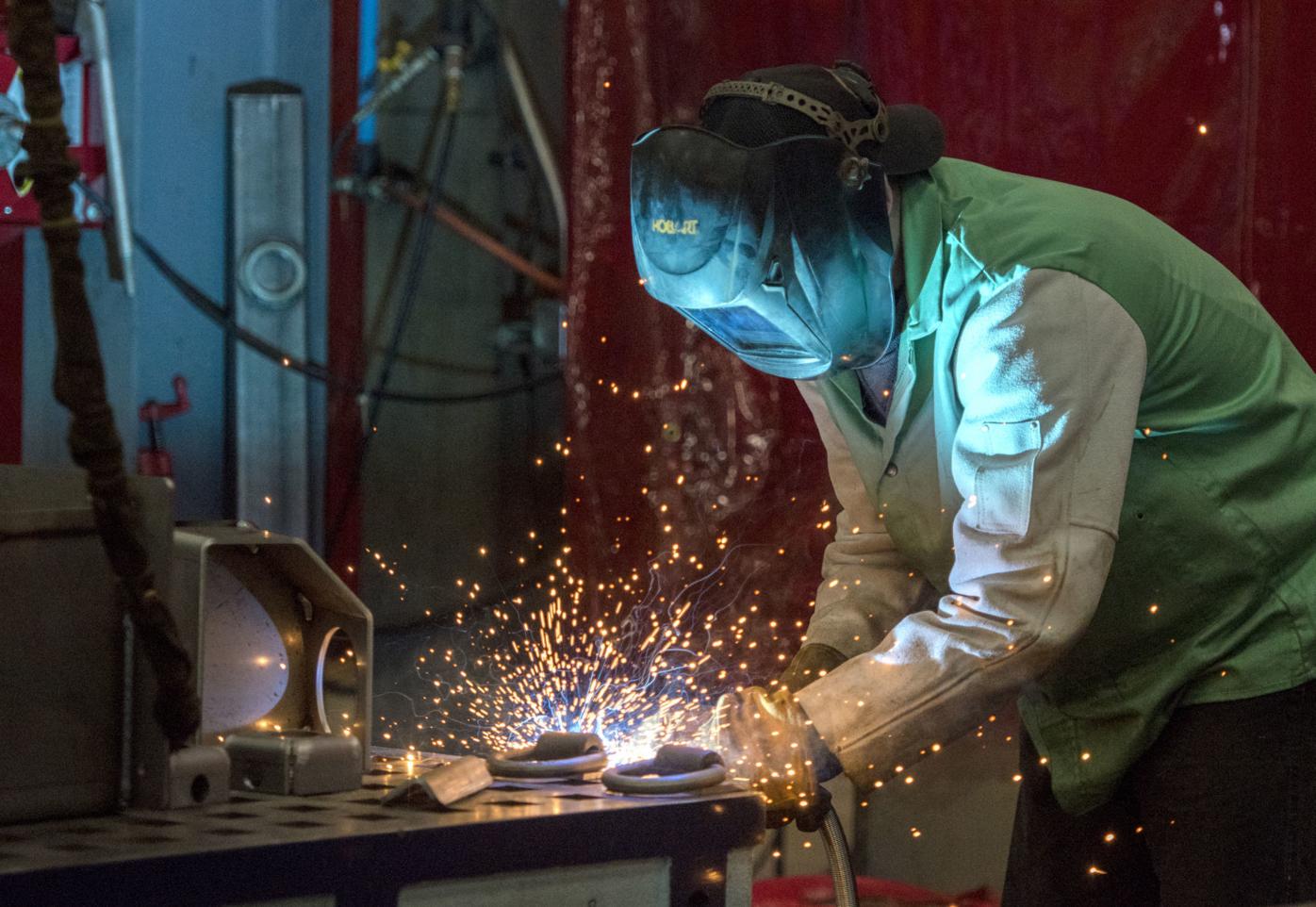 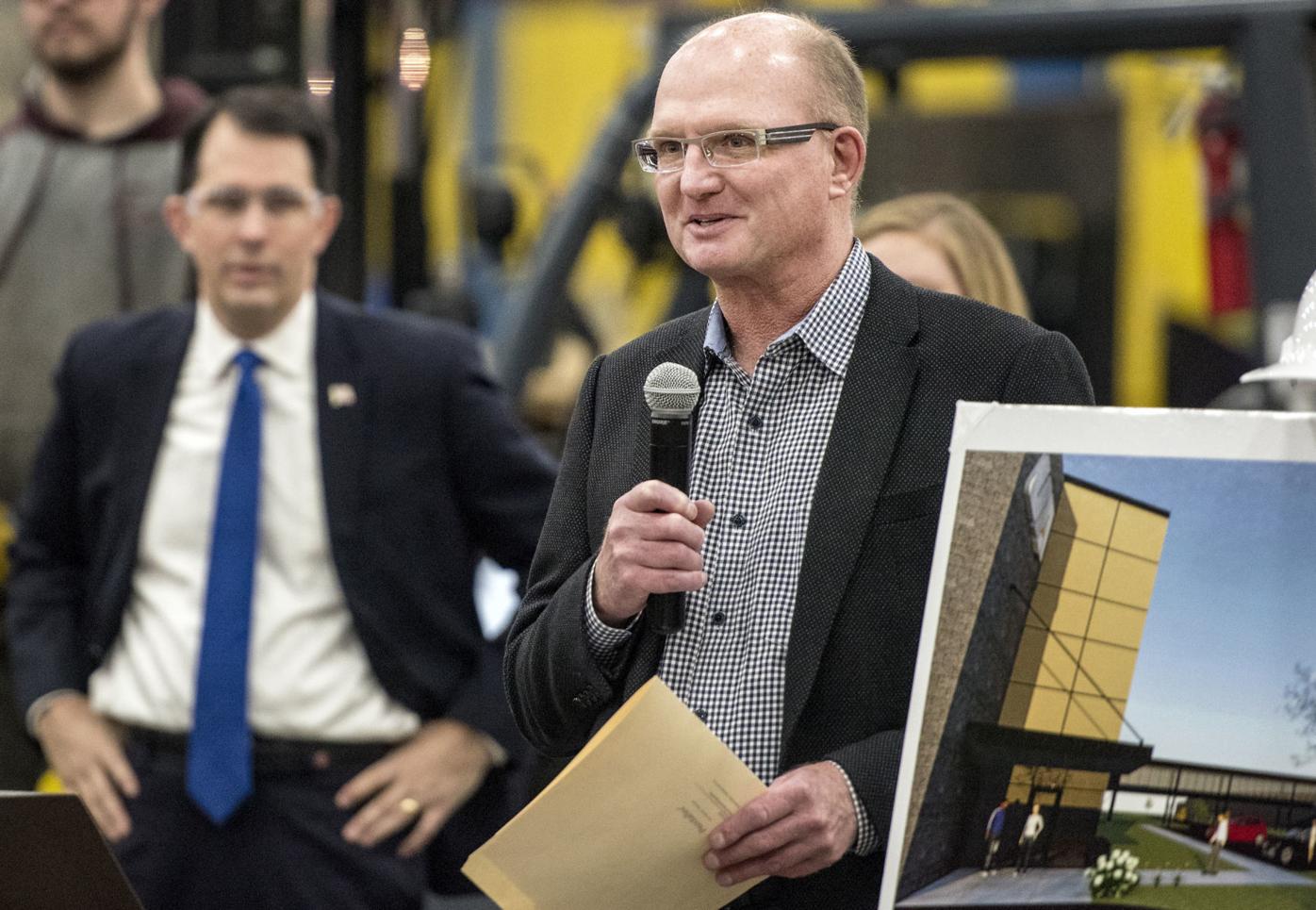 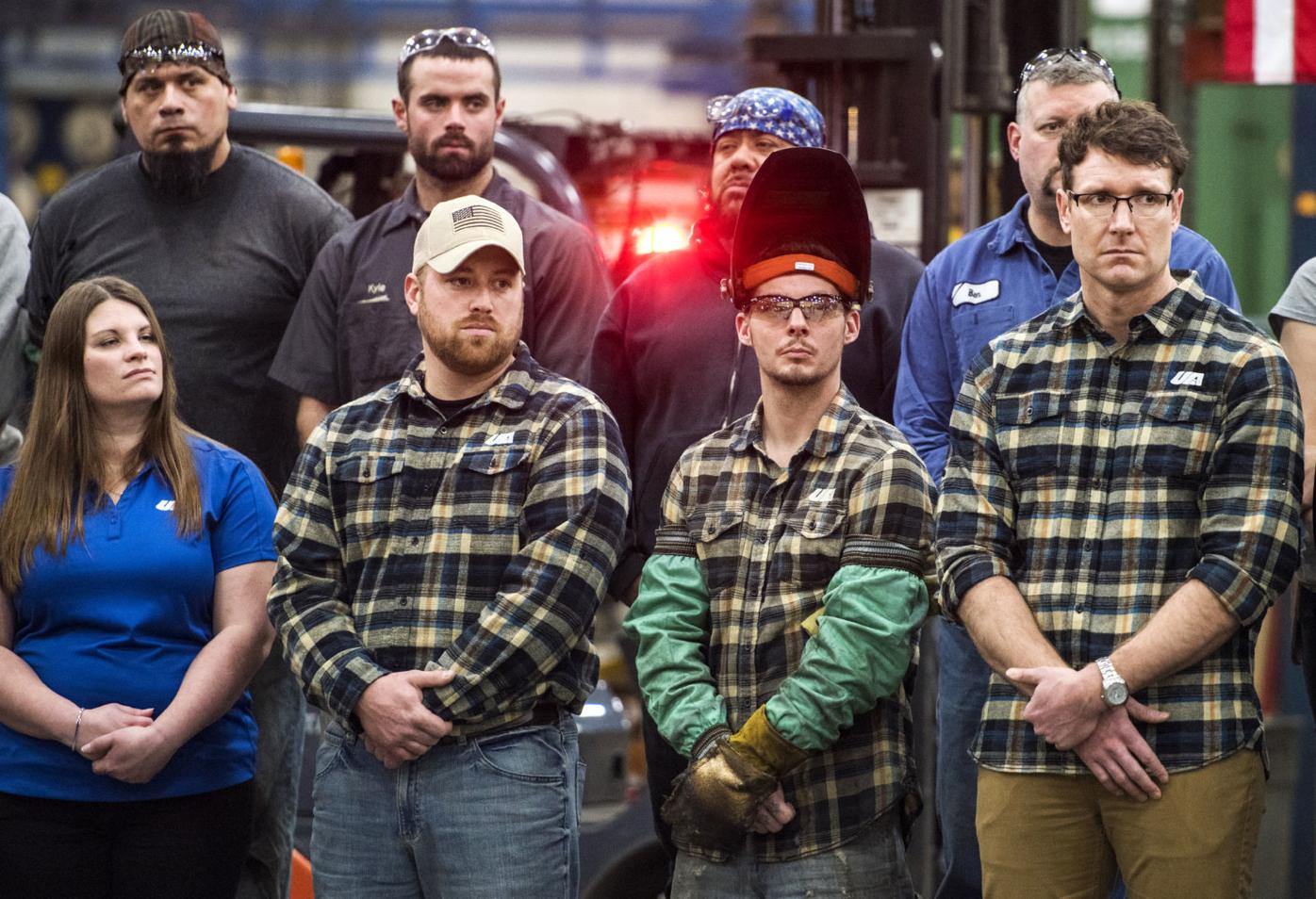 A Janesville manufacturer will expand its plant over the coming year and add about 50 new jobs over the next six months with the help of city and state money.

The jobs are part of a planned increase of 66 jobs over the next three years that was announced previously.

Walker used the opportunity to announce his opposition to new tariffs on steel and aluminum that President Donald Trump announced Thursday.

Walker said he has been asking the administration not to increase the tariffs since he talked to Commerce Secretary Wilbur Ross last July at a governor’s conference.

Walker toured United Alloy and saw how it shapes steel into tanks, chassis and other large metal components for various products.

Walker said the tariff on aluminum would hurt Wisconsin food processors, who use an ultra-thin aluminum foil in their packaging.

Walker said he appreciated the president’s desire to protect American workers, but he said the tariffs could backfire, triggering companies to move to Canada to avoid them.

United Alloy’s expansion includes a new, 100,000-square-foot building that will be built on 17 acres the city sold to the company for $1.

The building will house a high-volume metal-coating operation to coat the large metal tanks, chassis and other components the company makes.

The first group will begin the course March 12, and there are still two openings, Baer said, “so if anybody knows anybody who wants a career, it’s available.”

Graduates will work with a mentor for six weeks at the plant and then start at a wage of $18.46 an hour, with a $3 premium for second and third shifts, Baer said.

Unemployment is so low—3 percent statewide—that the challenge now is to grow the workforce, Walker said.

The governor claimed credit for producing a pro-business climate that led to the company’s expansion. He said maintaining investments in technical colleges are crucial to growing the workforce.

Construction will begin this month and could wrap up in December, weather permitting, Baer said.

Baer said the company looked elsewhere around the country for possible expansion sites before deciding to keep it here.

“We made our final decision to locate in Janesville because of our proven successful track record of attracting Wisconsin employees capable of building a world-class organization,” Baer said.

Janesville’s location, which is central in relation to the company’s customers, also was a factor, he said.

United Alloy’s project will include a glass-lined “skyway” linking the old and new buildings, where a conveyor will transport products to be coated. Baer said drivers on nearby Interstate 90/39 would be able to see the products moving through the skyway as the plant runs day and night.

About 40,000 vehicles will pass by the plant each day, and the view will be a marketing tool for the company, Baer said.

The expansion also includes a 7,500-square-foot addition to the existing building and the installation of new equipment at both buildings.

The new facility will include the new coating system, which will occupy about one-fourth of the building. The rest of the facility will be used for assembly and loading areas for trucks.

The city is providing $394,000 in loans that will be forgiven if United Alloy creates the 66 jobs and meets a target value for the new building of $3.6 million, said Gale Price, city economic development director.

The Wisconsin Economic Development Corporation also is subsidizing the project with up to $560,000 in state income tax credits over the next three years. The amount of tax credits also depends on the number of jobs created and the level of capital investment.

WEDC also allocated up to $10 million in industrial revenue bonds to the city to support the project. The city will issue the bonds on behalf of United Alloy, and proceeds from the sale of those bonds will help finance the construction.

Price said the bonds pose no financial risk to the city.