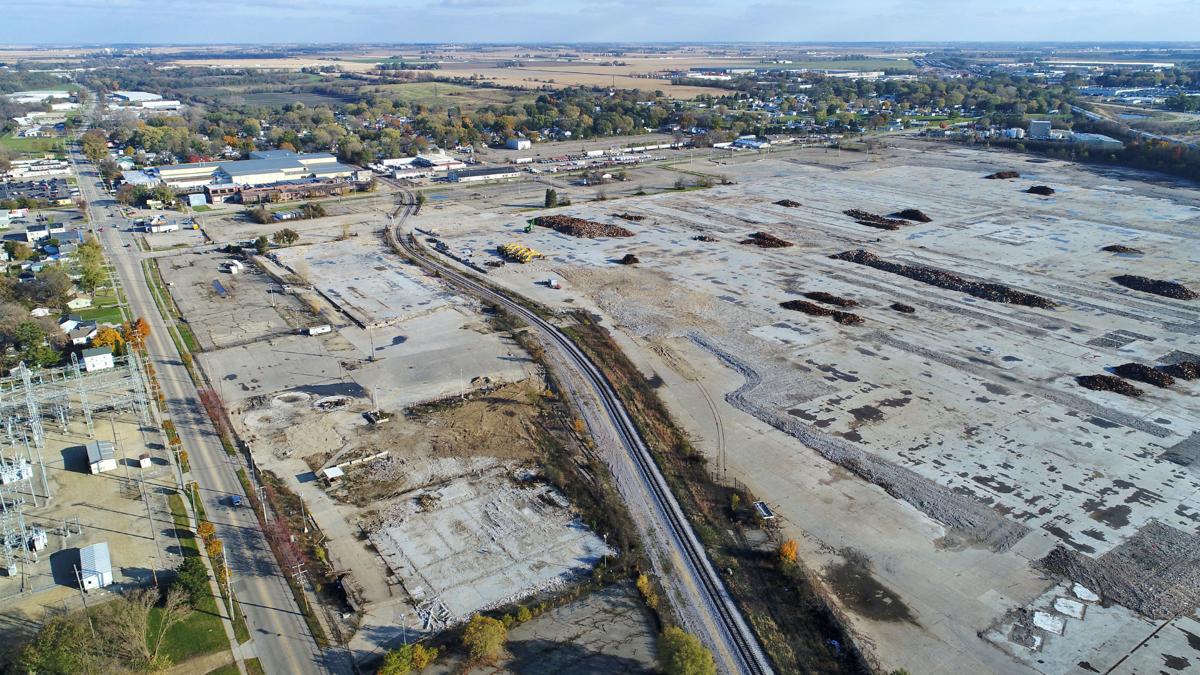 The site of Janesville's former General Motors assembly plant appears mostly empty in this Oct. 29 photo. Property owner Commercial Development has expressed interest in reusing some of the concrete slabs on the site. 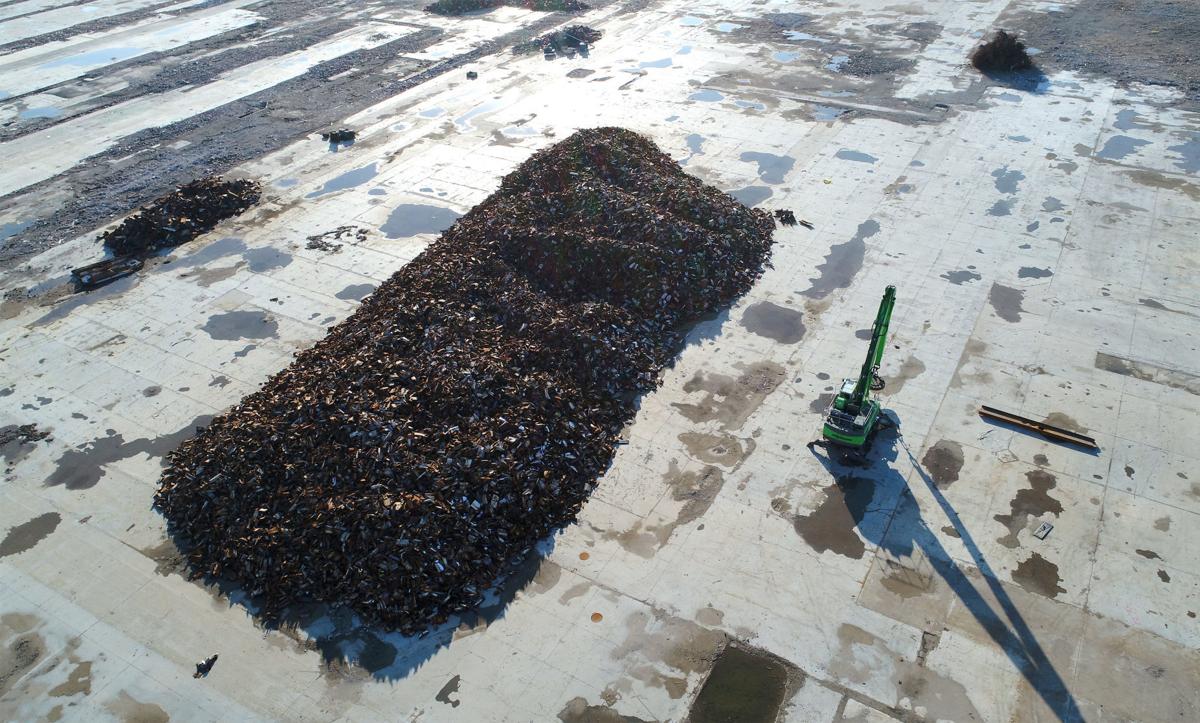 A huge pile of scrap metal at the site of Janesville's former General Motors plant dwarfs the piece of machinery next to it. 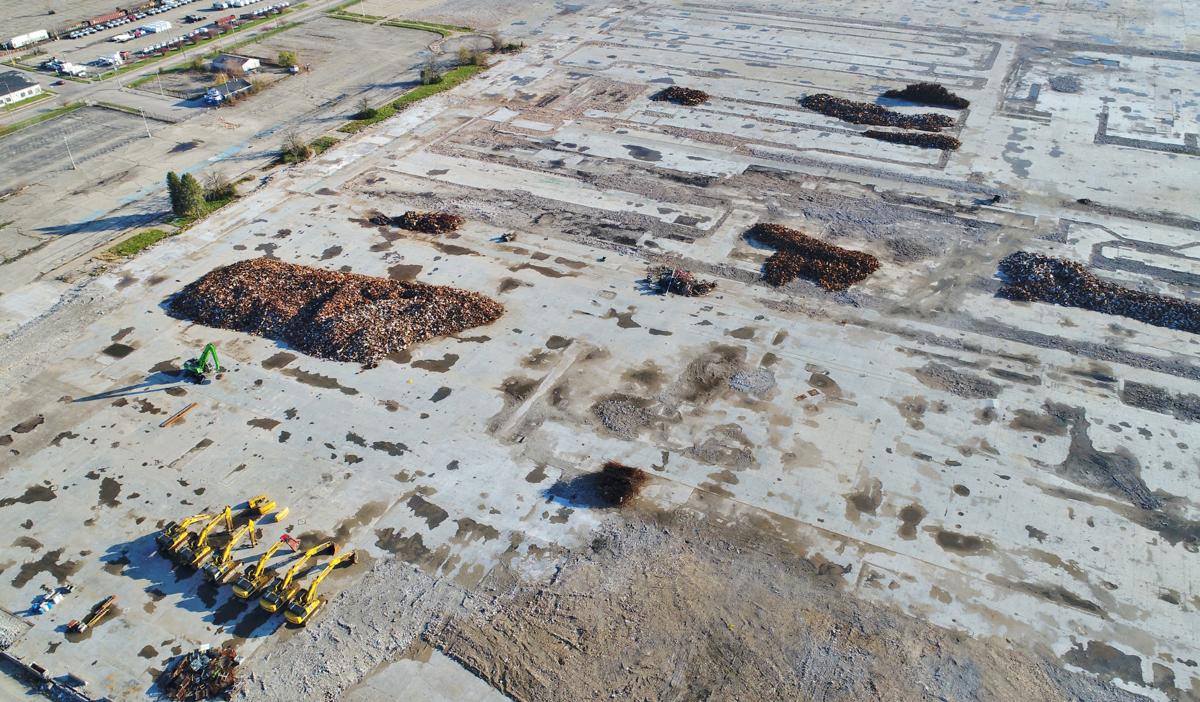 The site of the former General Motors plant in Janesville is quiet and nearly empty in this Oct. 29 photo. 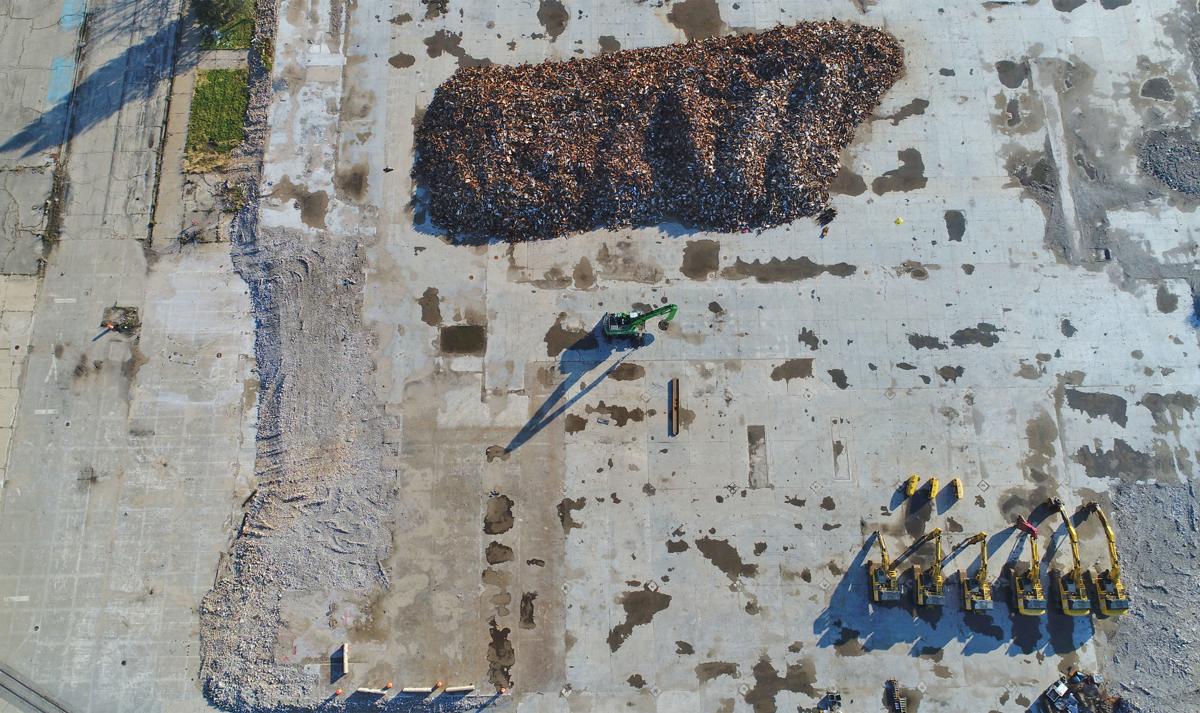 Concrete and scrap metal are all that’s left on the site of Janesville’s former GM plant on Oct. 29. 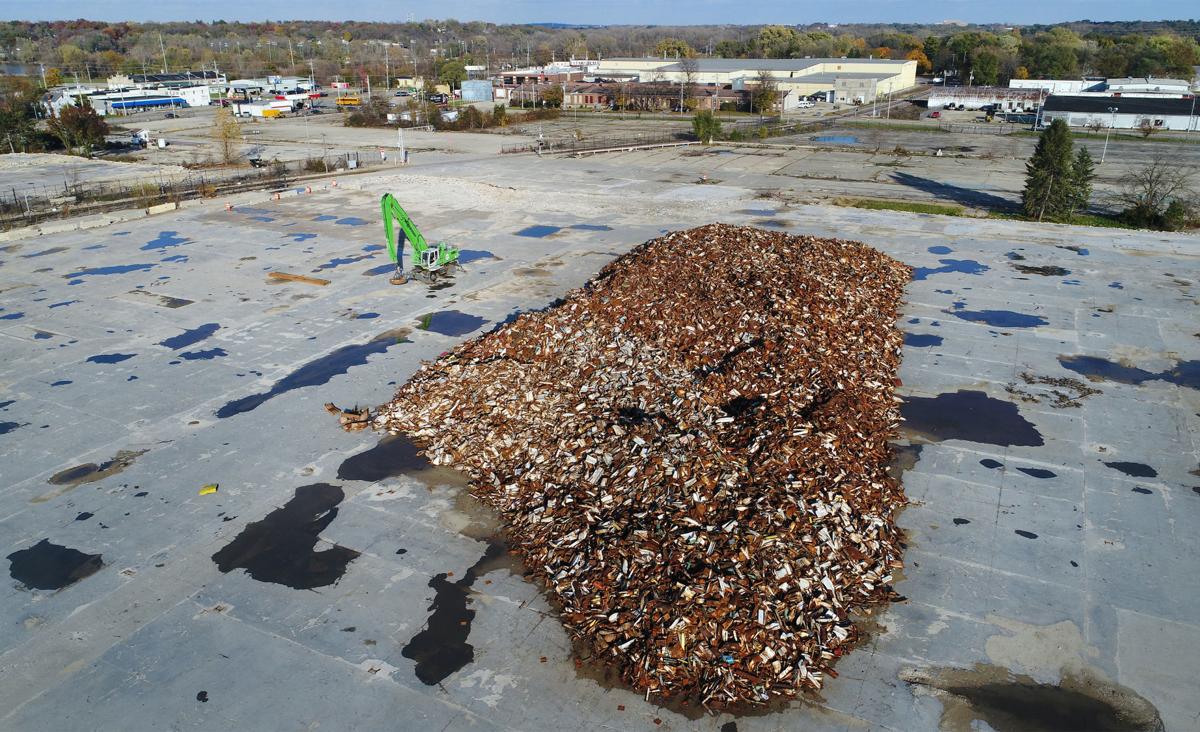 A crane looks small next to a pile of scrap metal on the former GM plant site in Janesville on Oct. 29.

Nearly all of the plant’s buildings and smokestacks have been torn down and removed. Commercial Development Company, the property’s owner, and the city of Janesville consider that the first phase of a long-term plan to redevelop the 114-acre site as a multiparcel industrial park.

Aside from a few stockpiles of scrap metal big enough to dwarf the machinery that sorts them, the site appears to be cleared. But upon closer inspection, you’ll see acres of thick concrete slabs that remain in the ground.

They form the network of foundations in the former plant’s footprint—tens of thousands of cubic yards of concrete.

Under city rules and the requirements of a $500,000 state redevelopment grant, Commercial Development must give the city a second-phase demolition plan that, in part, shows how it intends to remove the concrete slabs and foundations.

But when it comes to all that concrete, Commercial Development has a different idea.

In a Sept. 16 letter to the city, Enviro Analytics, a Commercial Development subsidiary in charge of site demolition and clearing, wrote that it’s “deferring” a second-phase plan until “early 2020.”

The company wrote that it is entering four or five months of regulatory work with the state Department of Natural Resources. Some of that work hinges on the idea that Commercial Development might reuse some concrete slabs at the main plant site.

The slabs could serve as foundations for future industrial developments, the company said, or as an “environmental control”—essentially a concrete blanket that caps the ground beneath a heavily used industrial site.

Enviro Analytics’ letter was a response to a pair of letters city Building Director Tom Clippert sent the company in July 2019 and Aug. 28, 2019.

Clippert wrote that a second-phase demolition plan under city ordinance “must include the removal of all hard surfaces, including floor slabs and foundations” and also requires plans for “restoration” and erosion control, according to documents obtained by The Gazette.

Commercial Development still faces DNR review of a soil and water site investigation report and an environmental remediation report that Enviro Analytics must have approved before it can move forward on a phase-two plan.

The company wrote that its remediation report will include engineering that considers the “reuse of some of the existing hard surfaces” at the main plant site.

Clippert last week declined to discuss the company’s idea of reusing the concrete despite the city’s requirement that it be removed.

Commercial Development did not respond to a Gazette inquiry on the status of its work at the site.

Commercial Development has owned the former GM plant site and the 112-acre Janesville Auto Transport Co. site to the south since 2018.

Later that year, the company released an early redevelopment concept that showed how it would clear and break up those sites into multiple parcels that could use rail infrastructure already onsite.

Late last month, the company submitted to the city a preliminary redevelopment plan, which calls for a mix of light-industrial projects, such as warehousing, distribution or intermodal transport development.

That proposal later could be broken down into individual sites the city could consider separately as developers or others show interest, he said.

Price said Commercial Development’s new plans are similar to the first-blush concepts released in late 2018. Baked into the preliminary plan is the reuse of the concrete slabs.

Price said any decisions about concrete at the site will be based on local, state and federal environmental rules. But he said the city will review the preliminary redevelopment plan before it and the DNR decide on the concrete.

Bill Mears, a Janesville commercial real estate broker who is working with Commercial Development, said he’s not sure how much concrete the company will want to earmark for possible reuse.

He said Commercial Development or the DNR could consider the concrete to be important to keep in the ground as an environmental “cap.”

But Mears believes the chief reason for reusing the slabs is that they are thicker than new construction foundations. Developers might find value in building directly on top of the slabs, he said.

“I think the idea would be to leave all the slabs. That’d be the best thing,” he said. “And then if you don’t need them, you remove them. But right now, you’d hate to just remove them and then later somebody comes to you and says, ‘Jeez, I sure could have used those foundations.’”

Price said that in some cases, other developers around the U.S. have covered unneeded concrete slabs with soil and planted grass over them.

City Manager Mark Freitag said last week that he has learned Commercial Development is targeting 2020 as the start of the second phase of demolition at the GM site.

He said the company hopes in late 2020 to secure a “closure letter” from the DNR—an approval of environmental cleanup that would clear the way for redevelopment.

Freitag said the former JATCO site—a blacktopped auto shipping yard south of the GM site—already has a DNR closure letter and is being marketed for sale, either to an immediate user or another developer.

“It’s ready for somebody to do something with,” he said.

Although the main plant site remains under environmental review, Mears said he has been in talks with two parties interested in projects there.

Mears did not disclose whether those parties were developers or industrial users, or whether they were looking at the plant site or the JATCO site.

He said one party has a development plan that relies on rail spurs at the site, but the other party’s project does not hinge on rail access.

Freitag acknowledged that after months of demolition at the former GM site, the comparative quiet now might make some people anxious about Commercial Development’s next step.

Freitag said the company has indicated it’s willing to act directly as a redevelopment agent, although in the past, Commercial Development has cleaned up defunct industrial sites and then sold them to other developers.

He said regardless of the path Commercial Development takes, people should be patient and realize it could take several years to kindle interest in projects at such a large site.

“I’m just interested in seeing this thing cleaned up by 2020,” Freitag said. “And hopefully, (Commercial Development) is talking to folks about the redevelopment part.

“I would hope they’re trying to set this up so that the second they get that closure letter, if they’ve got an interested purchaser or buyer … they could start doing something.”

It might take weeks or months of fine tuning, but Commercial Development has given the city a preliminary plan of how redevelopment might roll forward on the 260-acre former General Motors site.