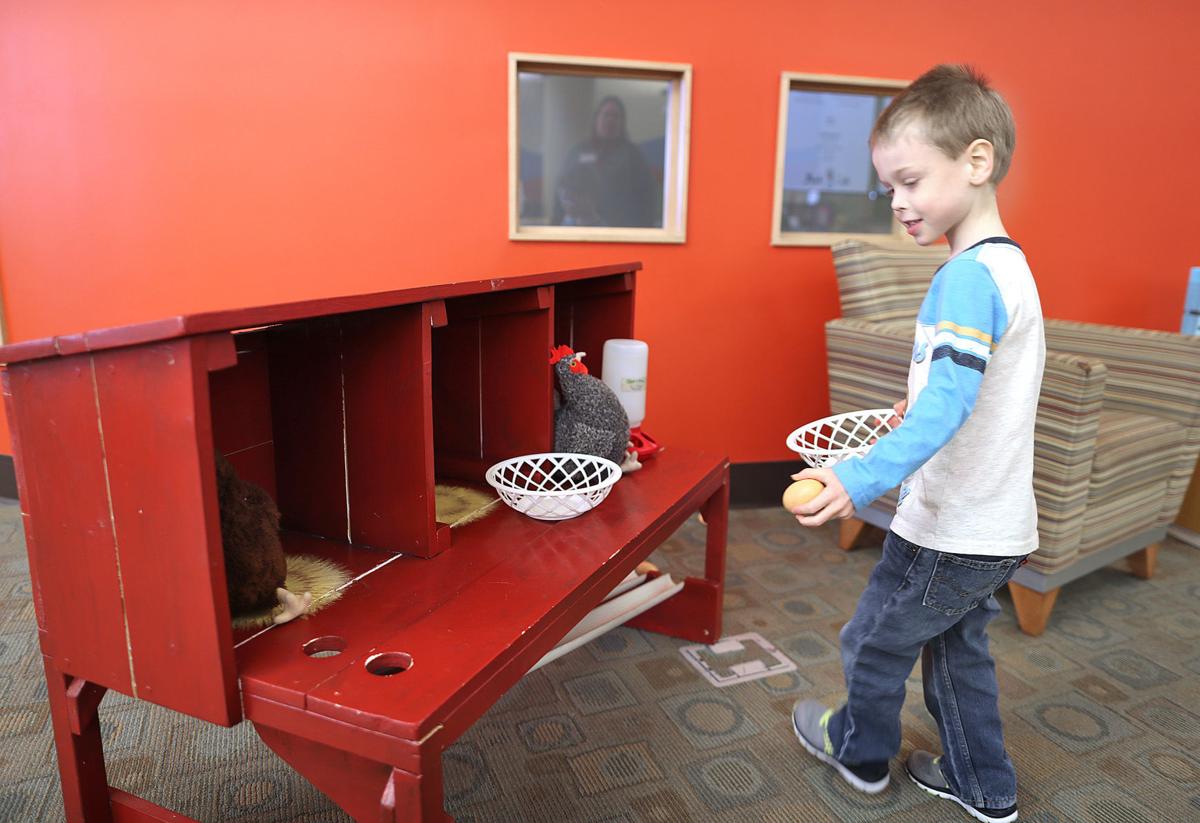 Drew Nelson of Beloit plays with the toy chicken coop on display for children at the Beloit Public Library on Saturday. The play station is one of two built by a volunteer of the Children's Museum of Rock County as a traveling exhibit to advertise the children's museum as a startup. 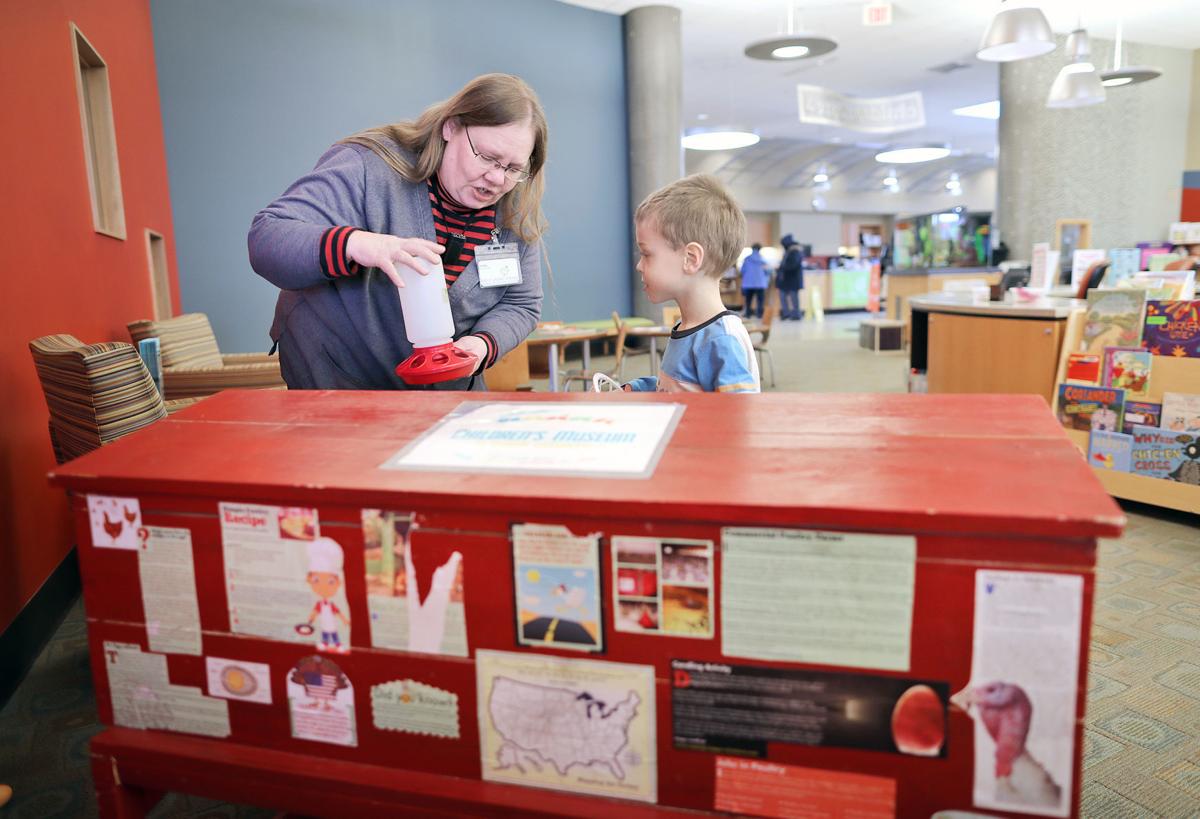 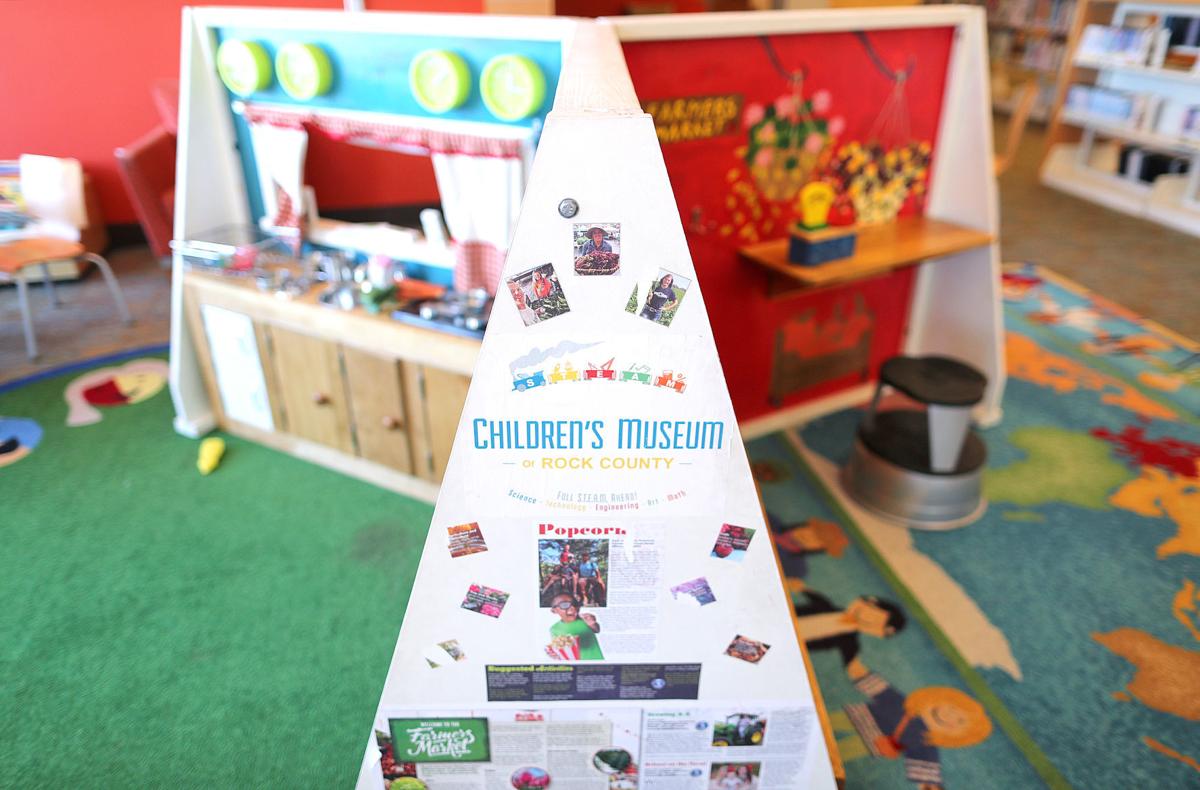 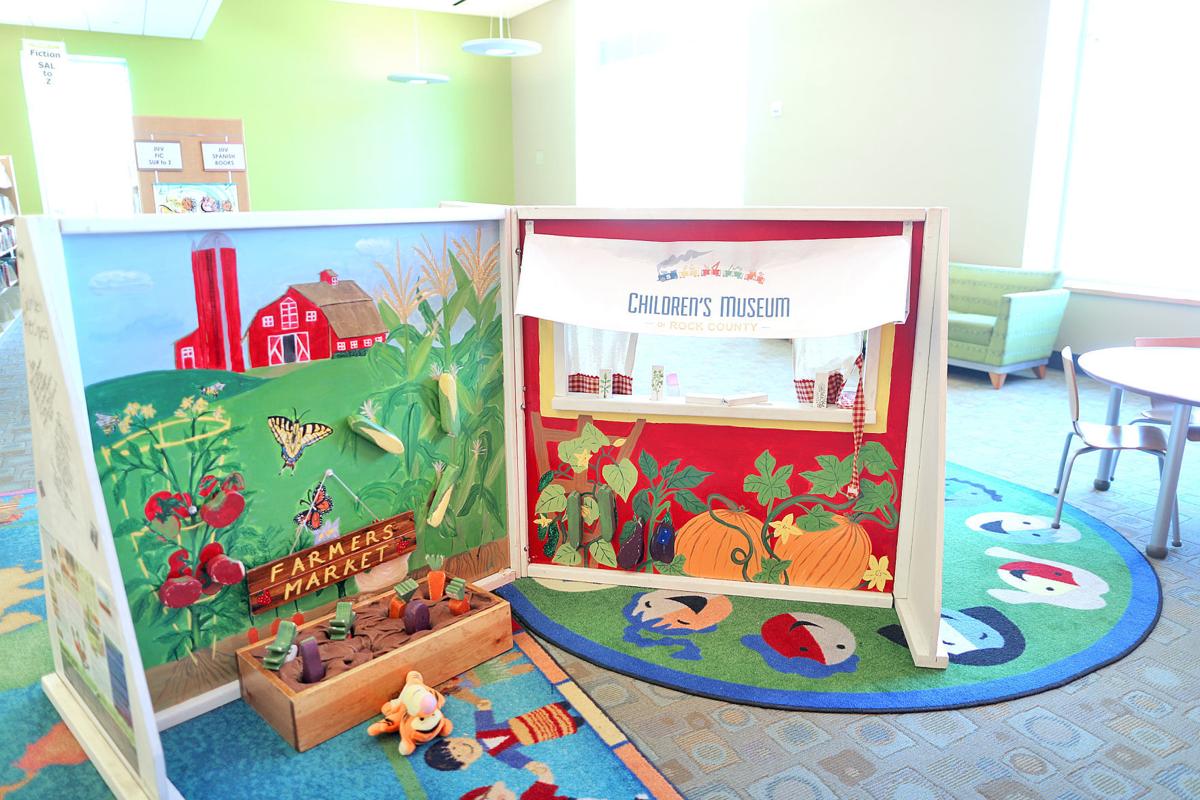 Drew Nelson of Beloit plays with the toy chicken coop on display for children at the Beloit Public Library on Saturday. The play station is one of two built by a volunteer of the Children's Museum of Rock County as a traveling exhibit to advertise the children's museum as a startup.

The long-awaited Children’s Museum of Rock County might finally be getting a home—at the Janesville Mall.

The planned children’s museum has been in the works in one form or another since 2006, but organizers now say they’re planning to launch the museum in a 4,000-square-foot storefront in the mall at 2500 Milton Ave.

Alicia Oczus, board president of the nonprofit Children’s Museum of Rock County, said the museum would be geared toward activities and exhibits children and parents could explore and play with together.

Up to now, the museum has been in a fundraising and site selection process, and aside from some large, educational play sets the museum has on loan to area public libraries, the group has operated as a “museum without walls.”

Oczus, one of four organizers of the nonprofit museum, said the mall has offered the museum a rent rate “we couldn’t turn down.” She said she wouldn’t discuss particulars, but the rent would be just dollars a month.

Under plans, the museum would be located in a space that formerly housed the Children’s Place store on the north end of the mall’s concourse, near the Ulta store and Chuck-E-Cheeses restaurant.

Oczus said the group has looked at leasing standalone buildings in the past, but the mall has built-in foot traffic and plenty of parking.

Oczus said the mall site would be a “starter space” scaled down from an earlier, larger-format plan. The group now is moving into fundraising, board and volunteer recruitment and architectural designs to fit exhibits in the mall store, which she described as “long and narrow.”

Oczus, who works full time as a child and adolescent mental health therapist, said her group doesn’t have a firm timeline for the museum or a floor plan designed. But she said some concepts being explored include a cave maze, vertical structures and other “explore-able” spaces that would encourage children moving around.

“They’re using their body more, as opposed to just looking at something or pushing a button and watching something happen,” Oczus said.

“We do hear repeatedly from people in the communities that something they really, really want is a place for kids to move and be active, especially in the winter time,” Oczus said. “We want exhibits and activities that are experiential and promote interactions between kids and the important adults in their lives.”

The museum has exhibits on loan to libraries, including a play chicken coop that a volunteer designed and built. That exhibit, which has stuffed toy hens and an egg hatch that children can use to roll down toy eggs, is on loan at the Beloit Public Library.

Another exhibit the museum has on loan is a “farm to table” play center that allows children to “pick” wooden fruit, pretend to cook in a kitchen and serve food at a make-believe dining counter.

The museum has used such exhibits to advertise its existence and fundraise. Going forward, Oczus said, the museum’s organizers plan to have a presence at the mall, both through advertising its future, physical space there and in fundraising.

She said the group plans to ask store operators at the mall to allow the museum to fundraise by placing debit-card donation devices in the stores.

Oczus said the mall’s owner, Rockstep Capital, and the mall’s onsite manager, Julie Cubbage, seem motivated to help the children’s museum end a long start-up phase Oczus said was hampered by the Great Recession and has failed to launch despite a recovery in the economy.

“I think a large part of it this moving forward, to Julie (Cubbage’s) credit, is her energy and excitement about the idea of having a children’s museum—not only at the mall but in Rock County in general,” Oczus said.

“She has been working with us, and she has been advocating for us. She’s been fantastic.”