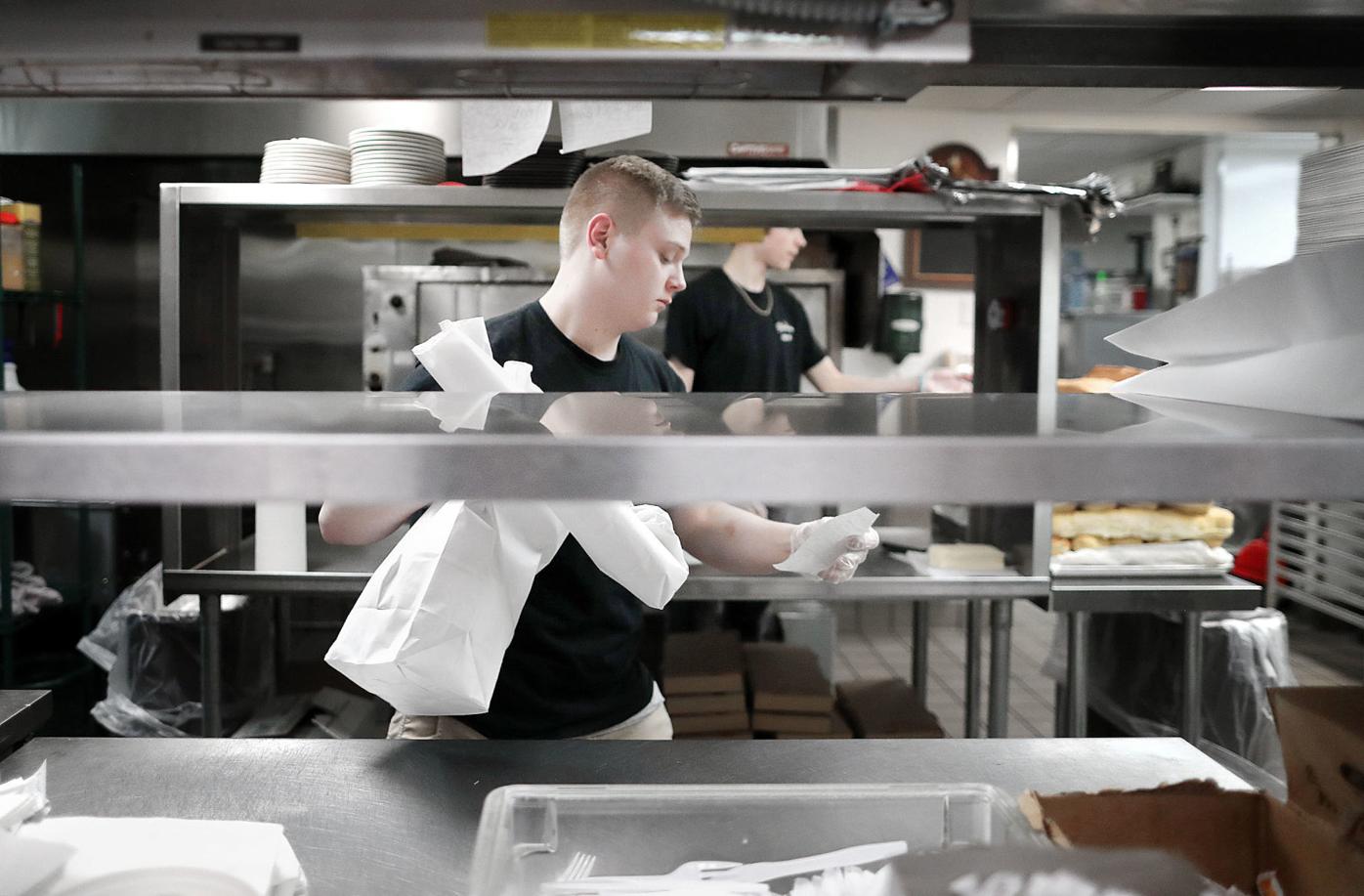 Chris Cowan brings two bags of food slated for carryout to a customer at the front cash register while working Monday at The Italian House restaurant in Janesville. 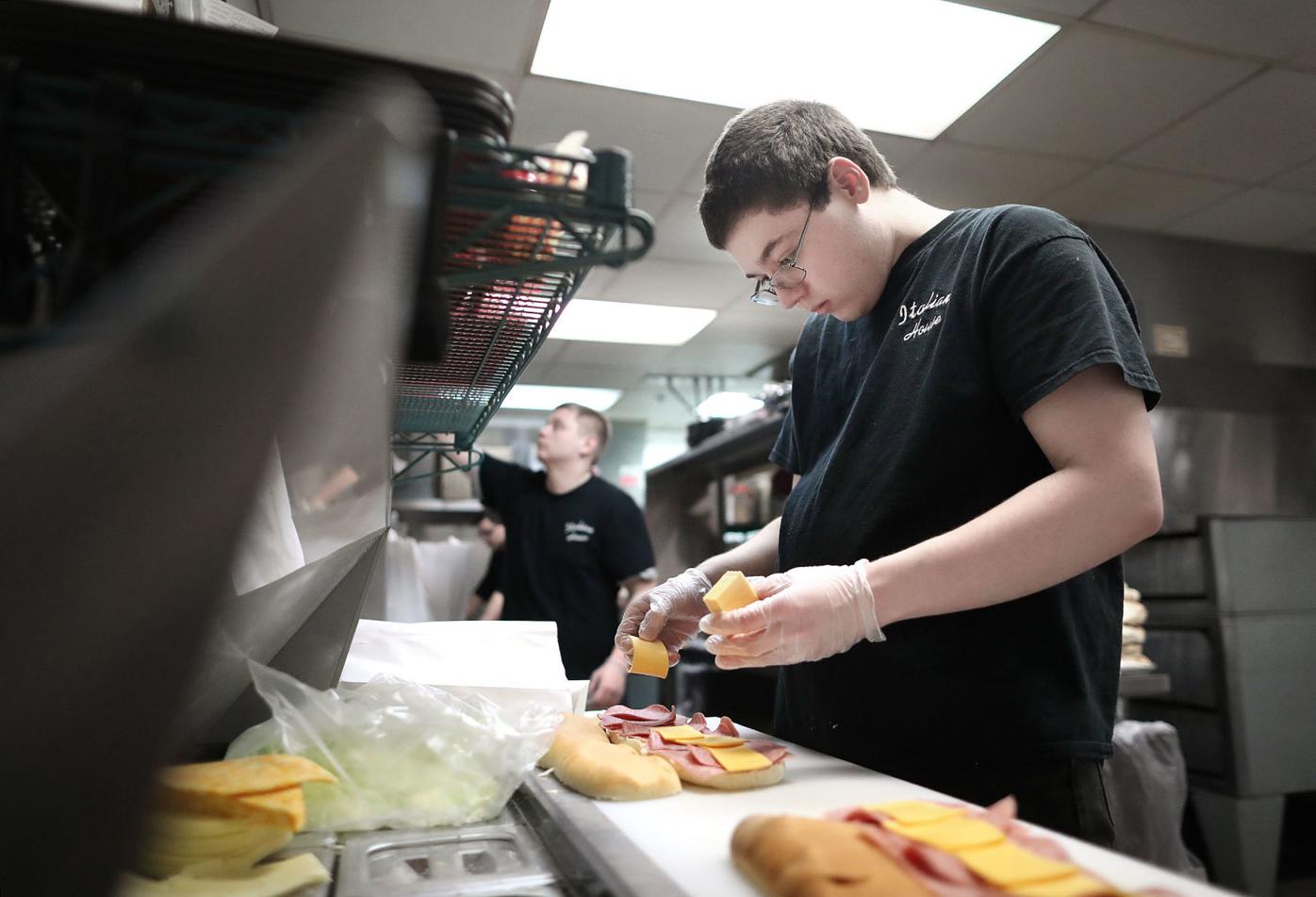 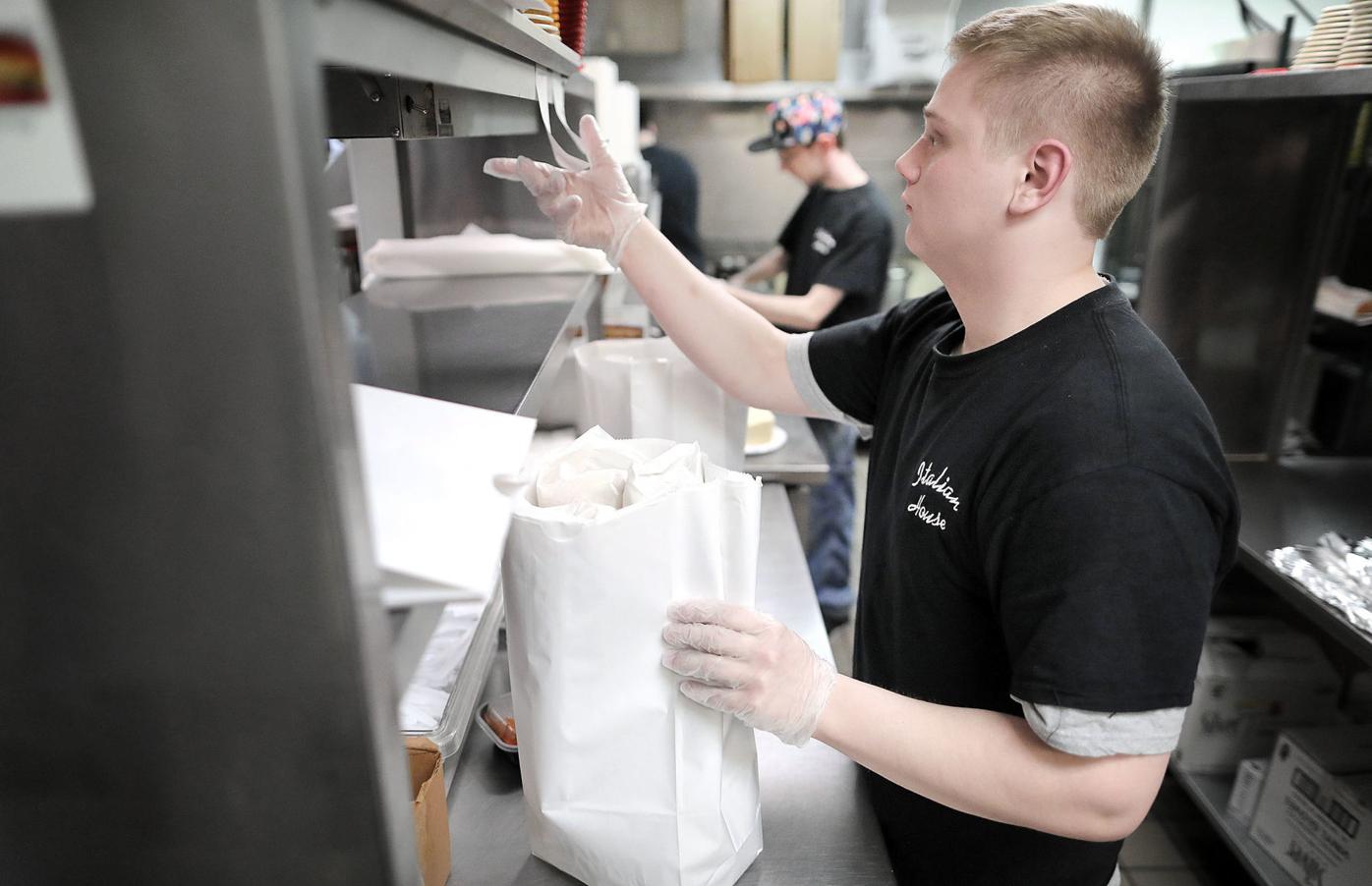 Chris Cowan grabs a ticket after making sure all food items were in the bag for carryout while working Monday at The Italian House restaurant in Janesville. 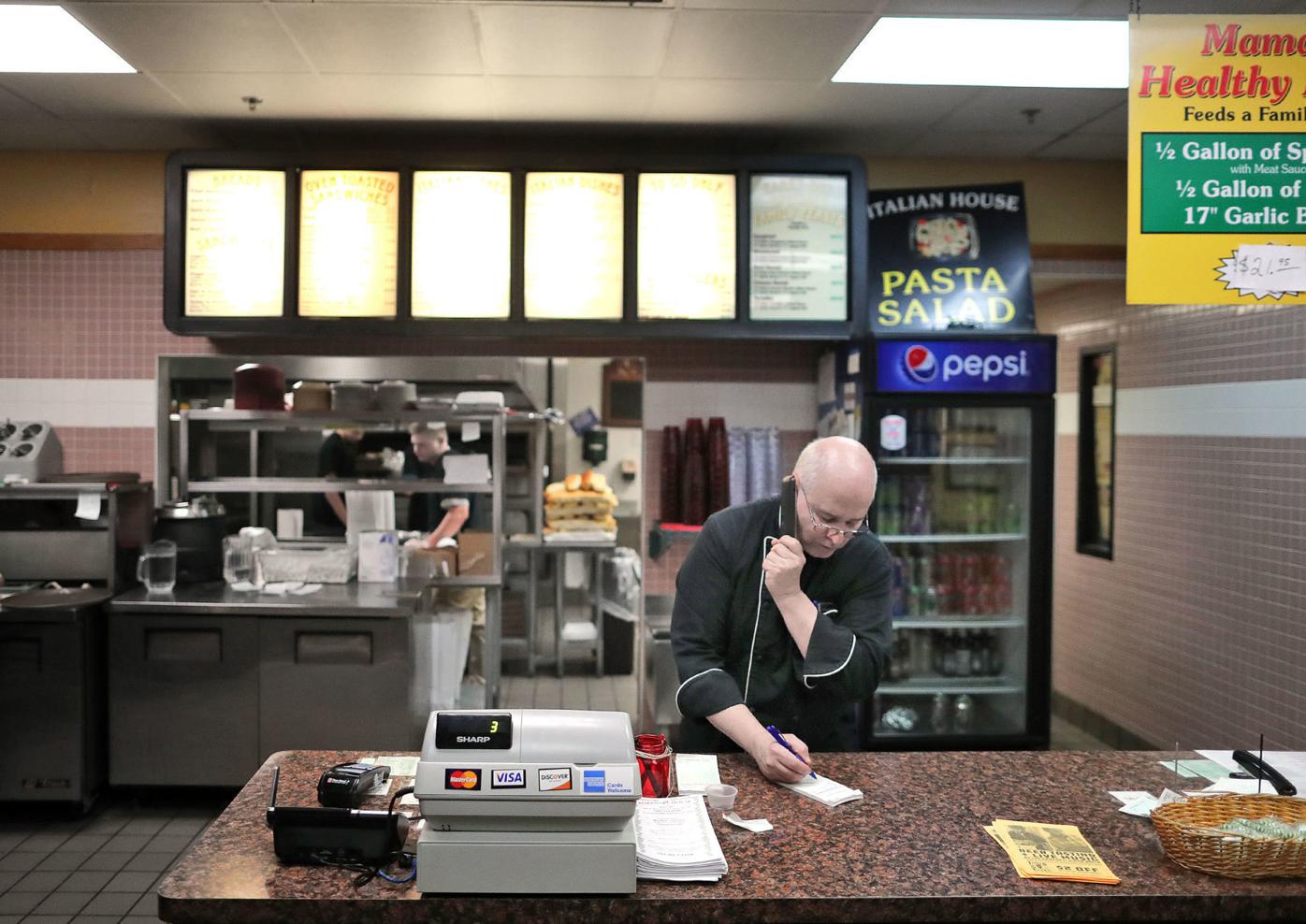 Edmund Halabi, owner of The Italian House in Janesville, takes a customer’s order for carryout while working Monday night at the restaurant.

Chris Cowan brings two bags of food slated for carryout to a customer at the front cash register while working Monday at The Italian House restaurant in Janesville.

Chris Cowan grabs a ticket after making sure all food items were in the bag for carryout while working Monday at The Italian House restaurant in Janesville.

Edmund Halabi, owner of The Italian House in Janesville, takes a customer’s order for carryout while working Monday night at the restaurant.

The rapidly growing meal-delivery business is seeking to expand in Janesville.

Restaurant food deliverers such as GrubHub have been working with some local restaurants for some time. But others in the market, including Door Dash and EatStreet, are now vying for shares of the market.

The Madison-based EatStreet is launching its service in Janesville this week, and two local restaurant operators said they have seen Door Dash deliverers.

The companies all offer customers the ability to order from restaurants through a smartphone app or web site.

Drivers for Door Dash have been showing up at Janesville restaurants in recent weeks to pick up orders called in by customers with no advance warning, two restaurateurs told The Gazette.

EatStreet plans to hire about 50 delivery drivers and will serve about 20 restaurants at launch, it said in a news release.

Edmund Halabi of the Italian House said he noticed red-T-shirted Door Dash drivers picking up orders a few weeks ago.

The company had not contacted Halabi, and he had no problem with getting the business, but he wonders if the company will soon offer him a deal he can’t afford.

Most if not all of the delivery companies charge restaurants a fee for each delivery, typically 20 to 30 percent of the bill, Halabi said, quoting from information on a Facebook group for restaurant owners.

EatStreet does not disclose what it charges restaurants, for competitive reasons, said company spokesman Jake Miller.

“I am very leery of this business because mom-and-pop restaurants cannot sustain the 15, 25 or 30 percent delivery fees unless the customer wishes to pay for that,” Halabi said.

On the other hand, restaurants might join because they fear losing business to those who use the convenient delivery services, Halabi said.

Chain restaurants that benefit from volume-discounted purchases might be able to afford the delivery fees, Halabi suggested.

Firehouse Subs attributed an increase in revenue last year to online orders, including through deliverers, according to a Bloomberg report.

The delivery companies also typically charge the customer a fee. EatStreet’s Miller said the company charges customers “$1.99 and up,” depending on distance.

EatStreet announced it was introducing itself with a no-fee offer for the first 30 days in Janesville.

Beer Fitzgerald of Sandee’s Thai Fusion in Janesville has sent food through Door Dash drivers who have not charged the restaurant, she said.

Fitzgerald said she was told Door Dash charges customers $3.99 for a three-mile trip. She has not received any complaints about the service.

EatStreet’s drivers are employees, so they can access company benefits, the company said.

EatStreet pays a guaranteed $10 an hour and up to $12 an hour for starting pay, and drivers also get to keep all their tips, Miller said.

EatStreet doesn’t cover a driver’s mileage, but it arranges discounts for “basic vehicle maintenance such as oil changes and also has 24/7 dispatch support for drivers,” Miller said.

Some restaurants have announced they won’t play ball with the independent deliverers. They include Jimmy John’s and Domino’s.

Restaurant-food deliverer EatStreet announced Monday it would donate $ 2,000 to the ECHO food pantry in Janesville as part of its “Haulin’ Ass for Hunger Tour.”

EatStreet also plans doughnut deliveries to local teachers and businesses this week as it introduces itself to Janesville.