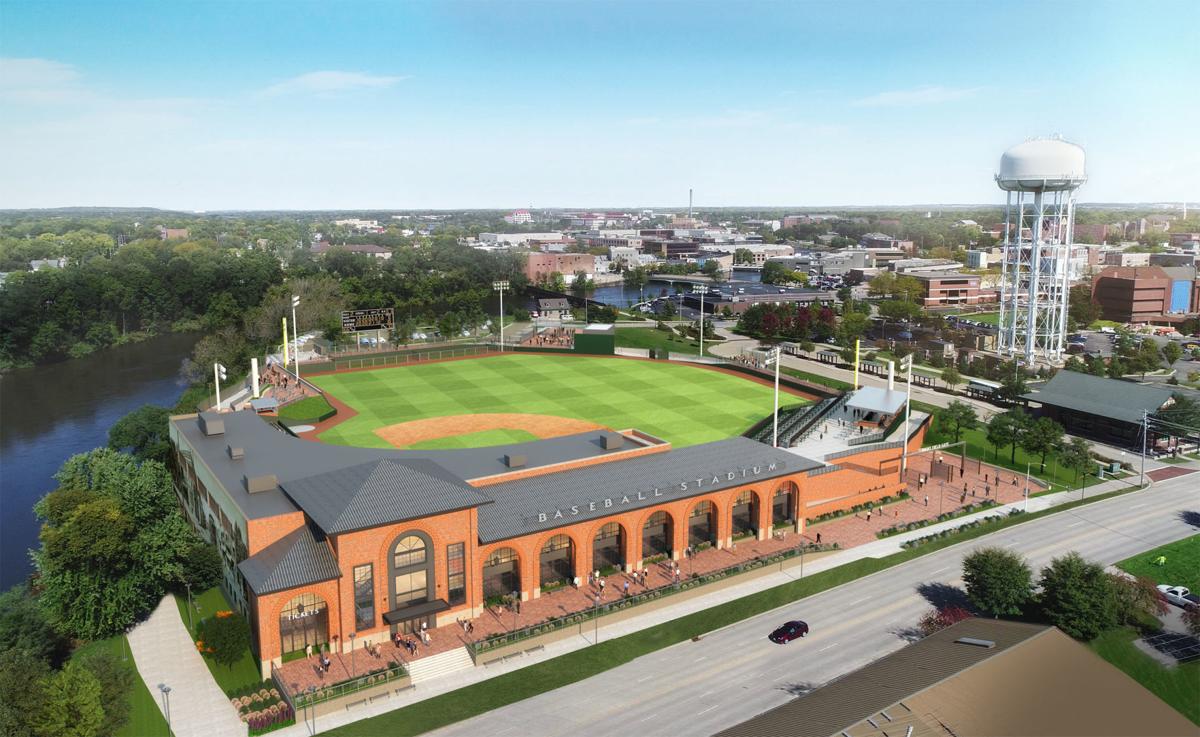 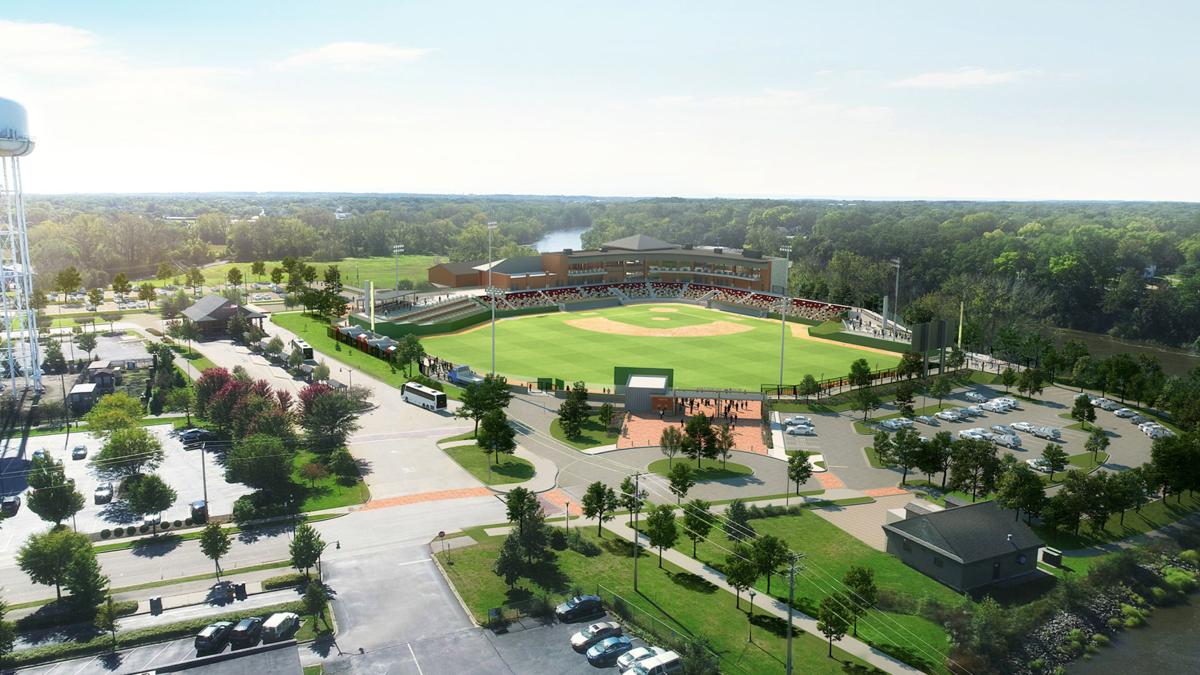 This view of the proposed Beloit Snappers stadium in Beloit shows what the field and grandstand area could look like. 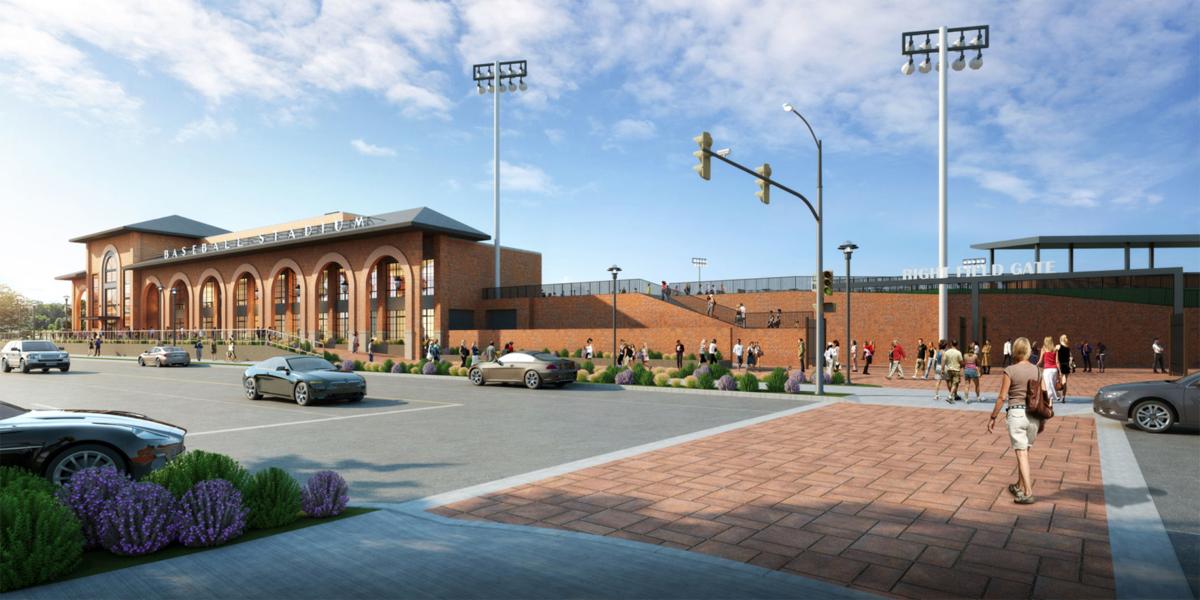 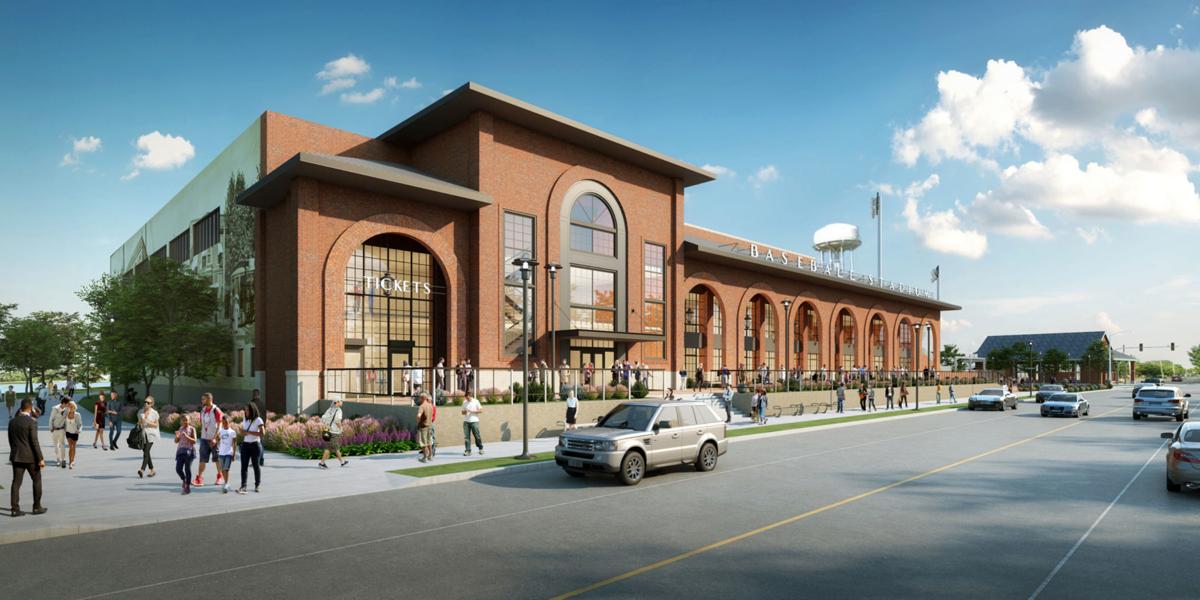 This view shows the main ticket hub and grandstand area for the proposed Beloit Snappers stadium in downtown Beloit. Visible at the right is the Beloit Transit System building, which will remain. 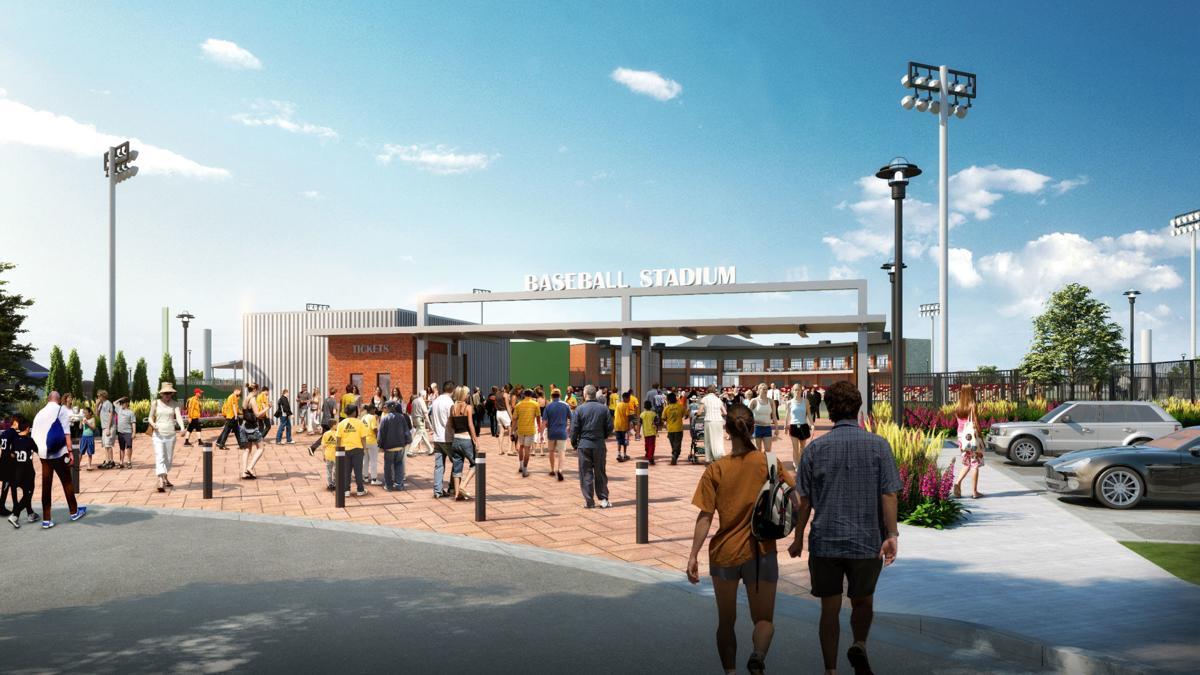 Design plans for the Beloit Snappers’ proposed downtown stadium show the ballpark is projected to be open by April 2021, according to documents obtained by Adams Publishing Group.

The planned urban development application for the stadium was submitted Friday by consulting firm Jones Petrie Rafinski on behalf of Hendricks Commercial Properties, the project developer.

Plans announced last week call for a roofed brick grandstand area with arched windows, an artificial turf field and a concourse that wraps around the field and could include outdoor group areas and a playground.

The stadium plans also must be reviewed by the plan commission and city council before construction begins.

The stadium is expected to be used not only for the Snappers, but also for nonbaseball events such as soccer matches, football games, concerts and community gatherings, according to the submitted application.

The city of Beloit owns the 9-acre riverfront parcel and plans to lease it to the Riverbend Stadium Authority, the group set to manage stadium operations.

Beloit City Manager Lori Curtis Luther is a member of the stadium authority board. She said she will recuse herself “from the (stadium authority) on any discussions regarding the lease or any other issue the (Beloit City Council) will need to vote on” so she can advise the council on the project as city staff reviews the application.

Drew Pennington, Beloit planning and building services director, said the design plans are to be discussed Feb. 19 by the plan commission and March 2 by the city council.

When the stadium plan was announced last fall, some residents raised concerns about a lack of parking. The application “encourages parking downtown to increase activity in the area and create a symbiotic relationship with the downtown businesses and attractions.”

When asked to comment on the parking data in the application, Luther said she had “not yet reviewed the parking analysis.”

“The plan in its entirety will be vetted thoroughly by city staff,” Luther said.

The new stadium is expected to have two parking lots—one south of Shirland Avenue across from the stadium and one north of the stadium—that will add 226 parking spaces.

A parking analysis in the planning documents estimates that 875 spaces will be needed, based on one parking space per four fans if the stadium is at its full 3,500-person capacity. The analysis says the city has 777 available parking spaces within a 10-minute walk of the stadium.

Over the past three seasons, the Snappers reported average per-game attendance figures of 959 in 2017, 1,025 in 2018 and 1,181 in 2019, said Beloit Professional Baseball Association President Dennis Conerton.

The proposed stadium’s main concourse will encircle the entire field and will feature a main entry gate in center field. Outdoor group areas will be located in left field and right field, with a playground and inflatables area planned for the outfield concourse.

Design plans also call for Mill Street to be turned into a multiuse pedestrian path that circles the stadium and the north parking lot.

Beloit entrepreneur Diane Hendricks, who is providing much of the private investment, said the stadium plans “further bring to life an exciting future for community members in the Beloit region.”

“This shared community space will create a strong connection to downtown Beloit and provide a beautiful, family-friendly amenity,” Hendricks said.

The project is not expected to receive public financing.