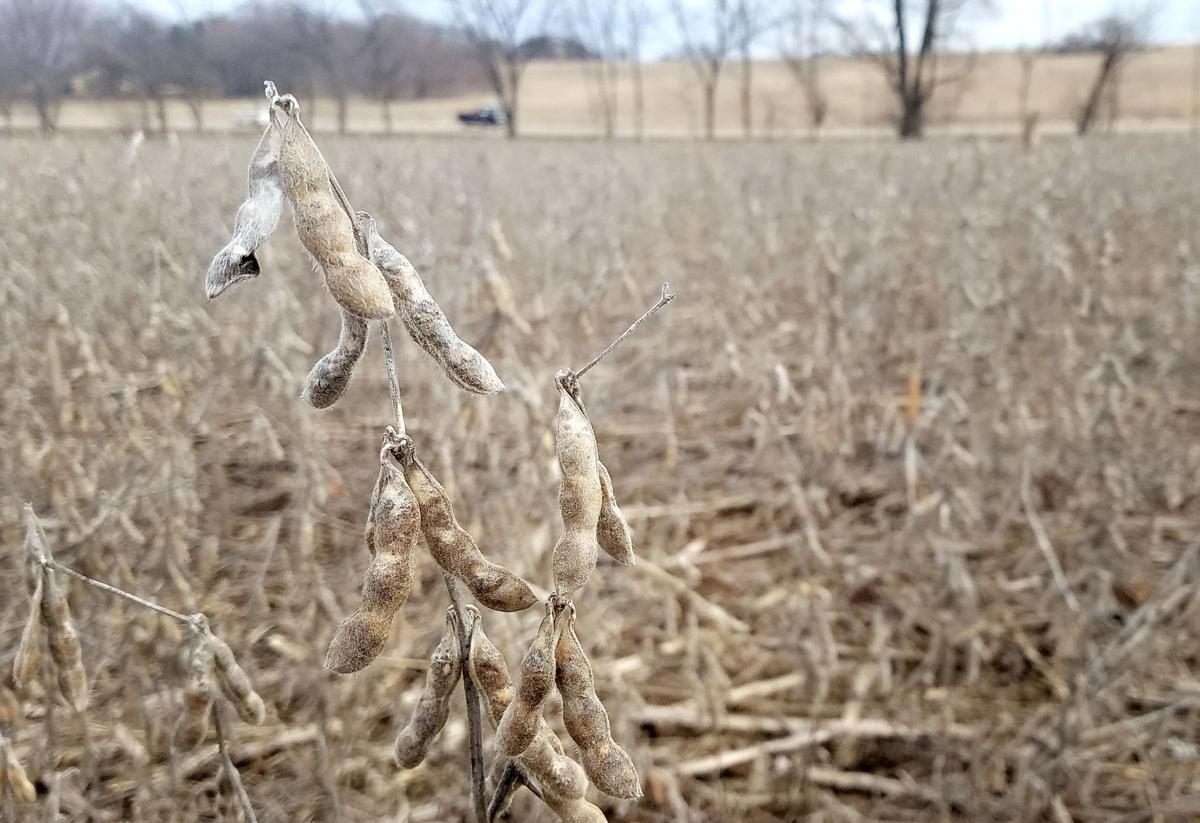 A field of soybeans remains unpicked along Cleophas Road in the town of Beloit.

An onslaught of rain last fall might have delayed harvest season for local farmers, but it had little impact on the strong corn and soybean yields that have become a regional staple.

The U.S. Department of Agriculture last week released its county-level statistics for the 2018 harvest. The 35-day government shutdown in December and January delayed the release by about a month.

Rock County had held about a 10 percent advantage in corn production per acre the past two years.

But in 2018, Walworth County surged to become the state’s third most efficient corn grower. Walworth’s 194.1 corn bushels per acre was surpassed only by Grant County (202.7) and Lafayette County (197.3), according to federal statistics.

The decrease is little cause for concern. The 184.2 figure is still the county’s third-highest output in the past decade.

Doug Rebout, a local crop and dairy farmer and past president of the Rock County Farm Bureau, said many farmers he spoke to still had above-average yields.

The rain might have dented the final harvest output. In September and early October, when farmers should have been firing up their combines and getting into the fields, steady precipitation kept them indoors.

Consistent or heavy rainfall can make the ground too wet to support the weight of machinery. Farmers needed several consecutive dry days to ensure their equipment wouldn’t get stuck in mud.

Dry days were hard to come by. Janesville got more than 13 inches of rain in September, a month when the average precipitation is about 3 inches. October’s total nearly passed the monthly average of 2.7 inches within the first three days of the month—though that pace soon slowed down.

“It was tough, but the farmers that were having a hard time just had to work a little later in the winter,” Rebout said, adding that farmers are used to different conditions every season. “They all pretty much got their crops out. That’s part of farming.”

He heard stories of isolated fields that stayed too wet to ever be harvested. A Gazette editor found an unpicked soybean field in the town of Beloit.

Rock County’s soybean harvest was more productive in 2018 than in 2017, increasing from 50.6 to 55.5 bushels per acre. The average soybean yield here was the fourth-highest tally in the state behind Grant, Lafayette and Dane counties.

Walworth County did not report its soybean numbers last year. The county has averaged about 53 bushels per acre over the past three years, according to federal data.

It’s too early to tell whether recent subzero temperatures and cycles of freezing rain will affect this spring’s planting season. A warm rain would help melt the remaining frost and allow farmers to get outside again, Rebout said.