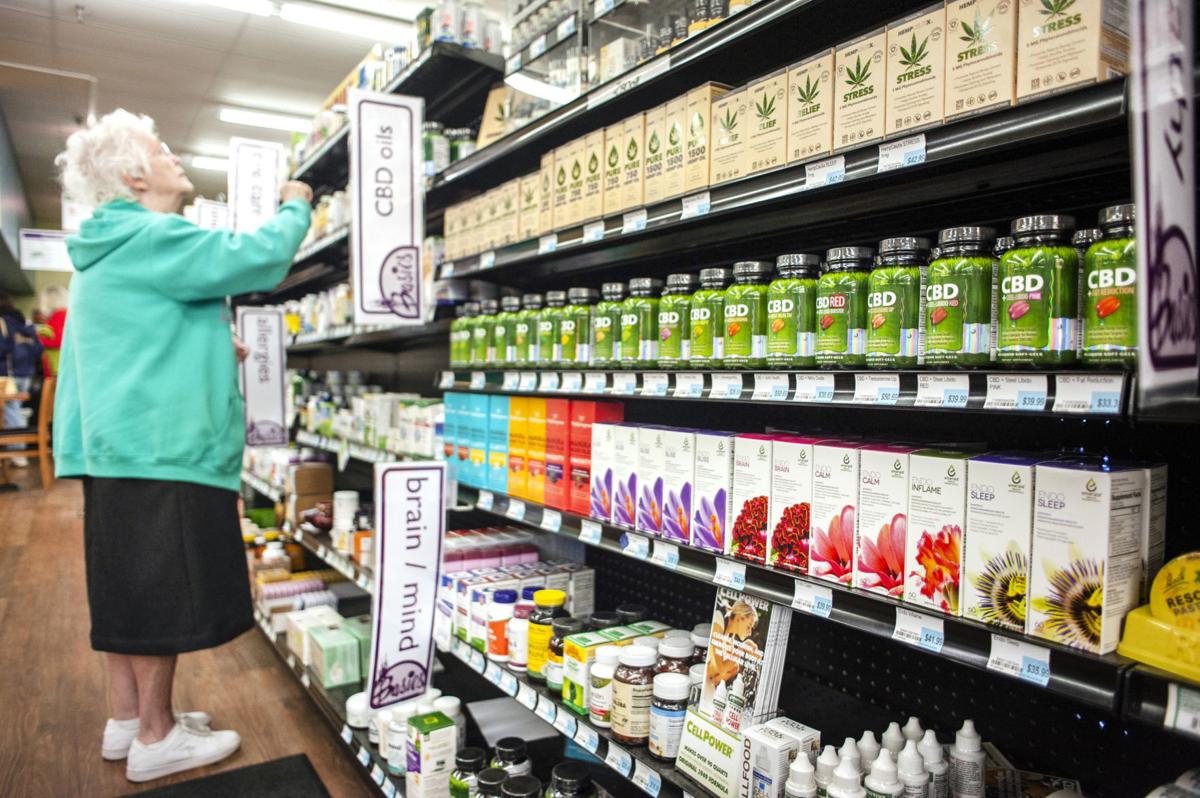 A customer shops in an aisle of CBD oils and other vitamins Thursday at Basics Co-op in Janesville. 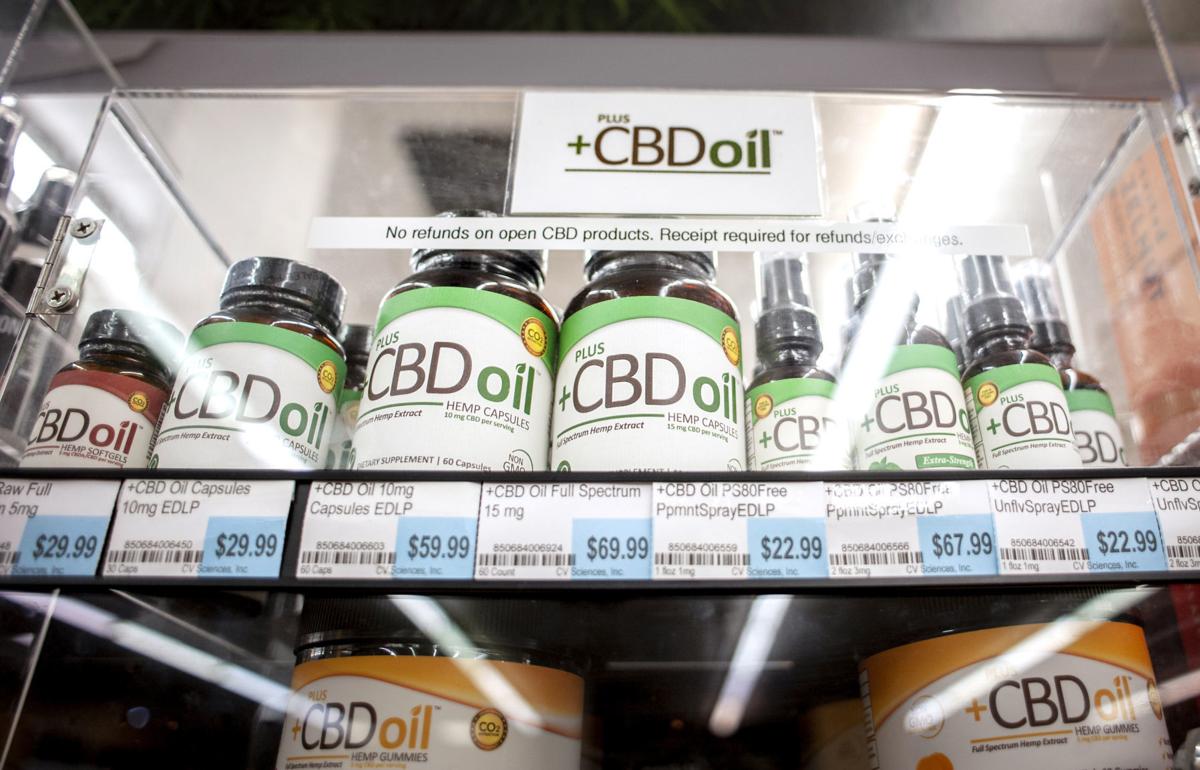 CBD oil products are kept on a shelf at Basics Co-op in Janesville.

Even though marijuana remains illegal in Wisconsin on April 20, the national holiday for marijuana consumers, Janesvillians can buy a derivative of cannabis called CBD at local businesses.

Businesses say CBD, or cannabidiol, is legal to sell and consume thanks to the 2018 Farm Bill and other legal changes over the years.

But laws on CBD remain hazy.

Marijuana remains illegal in 40 states, and the federal government classifies it as a Schedule I narcotic alongside heroin and methamphetamine.

Ten states and Washington, D.C., have fully legalized marijuana for recreational use, and 33 states have legalized some forms of medical marijuana.

CBD is a cannabis extract that does not get people high. However, some CBD products can contain trace amounts of THC, or tetrahydrocannabinol, the mind-altering compound responsible for that high feeling.

Aegerter said CBD sales have surged, and it is the most-sold supplement in the store. Basics even sells its own brand of CBD oil made from industrial hemp grown in Colorado.

“The boom of this product is quite amazing,” Aegerter said. “It’s getting a lot of great feedback from people that use it. … A lot of our customers are senior citizens and folks that probably never thought they’d be using the devil weed.”

CBD is legal, the thinking goes, if it is extracted from legal hemp. The 2018 Farm Bill removed hemp from the Controlled Substances Act, which means that it is no longer an illegal substance under federal law.

The state Department of Justice did not respond to multiple calls and emails from The Gazette requesting clarification on Wisconsin’s CBD laws.

Under state law, people may possess CBD oil only with a physician’s certification. Gov. Tony Evers has proposed allowing Wisconsin residents to buy and use CBD oil without a prescription.

Basics does not require customers to have a prescription to buy CBD products. Aegerter said the store will not sell those products to customers younger than 18 years old.

Before the 2018 Farm Bill, some Wisconsin farmers were permitted to grow industrial hemp through a hemp pilot program.

Last April, he issued a memo denouncing the retail distribution of CBD oil, writing that people may posses it only if it’s prescribed by a physician.

He later reversed course, advising law enforcement officials not to take action against products made from legal industrial hemp, including CBD, until “Congress considers changes to the law, enabling the Wisconsin state Legislature to further clarify the status of these products.”

Aegerter said Basics has not interacted with local law enforcement about selling CBD products. More uniform laws around CBD could be a benefit for business, he said.

“It (would allow) myself to feel more confident that, in my discussions with customers or people that are looking for help, that this isn’t a thing they’re going to find off the market soon,” he said. “They know there’s going to be longevity with it.”

Businesses across Wisconsin and the country have been selling CBD products for years. National burger chain Carl’s Jr. recently unveiled a 4/20-themed CBD burger, and multiple breweries have started infusing brews with CBD.

“I don’t see ... anything but growth for this plant’s properties,” Aegerter said. “... The trends show that it’s just starting to grow. You may find it like aspirin.”

Cannabis connoisseurs co-opted April 20 as their holiday after a group of California high-schoolers started meeting at 4:20 p.m. to toke up after school in the 1990s.

In the decades since, 4/20 has blossomed into a worldwide marijuana celebration.

Scores of themed festivals and events are scheduled in cities across the country Saturday, but the plant remains illegal in most corners of the United States.

Rep. Bryan Steil of Janesville recently voted for a bill that would allow cannabis companies to put their profits in banks.