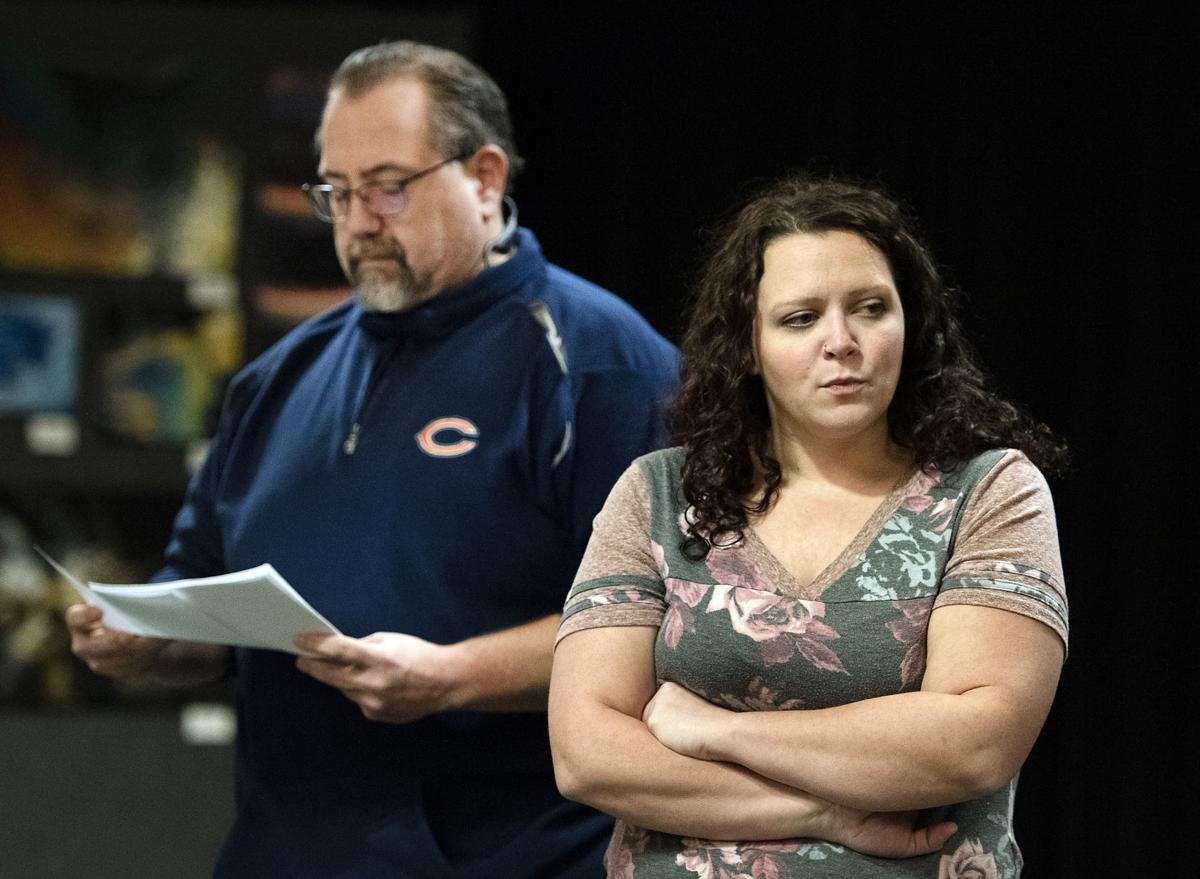 Rebecca Fredrickson, right, rehearses a scene with David James Slama from a play in preparation for the annual One Act Festival coming up this month at the Janesville Performing Arts Center. 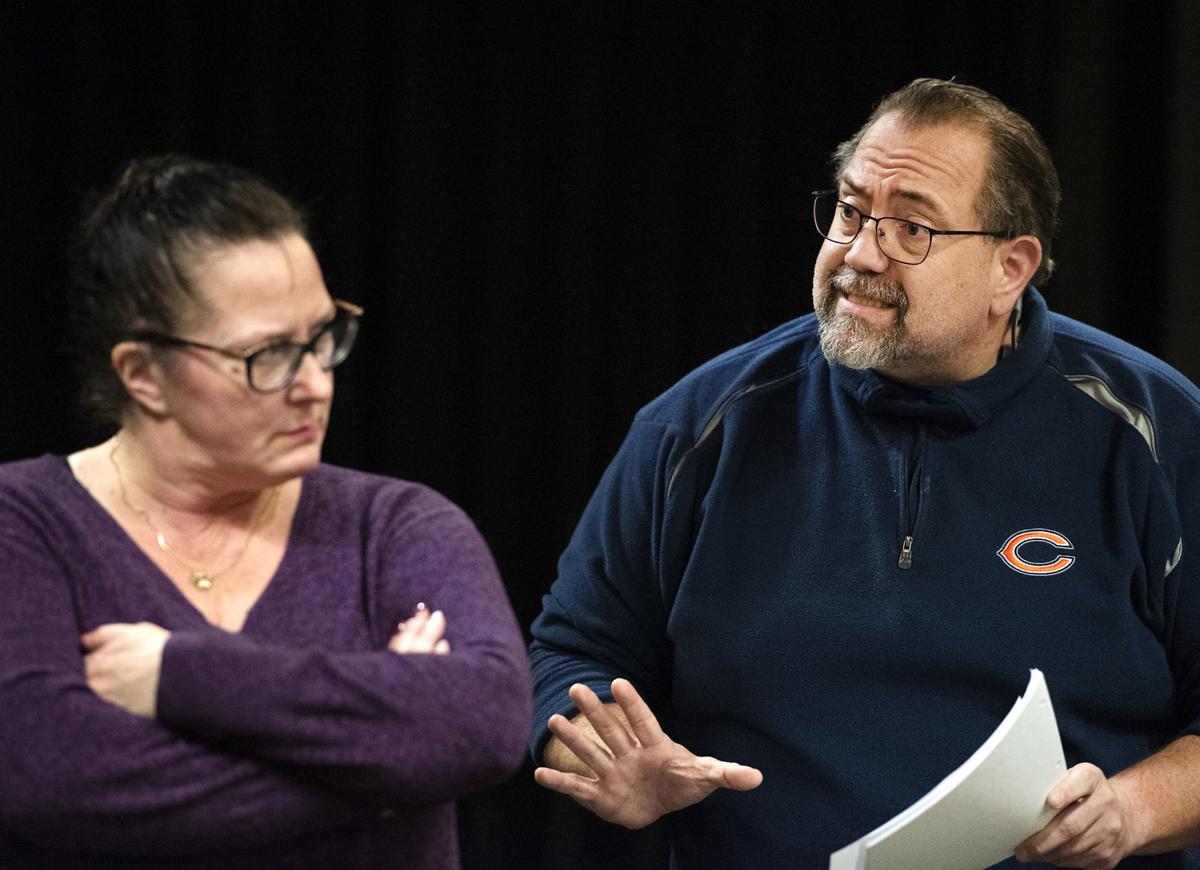 Penny Ardelt and David James Slama rehearse a scene from a play in preparation for the annual One Act Festival coming up this month at the Janesville Performing Arts Center. 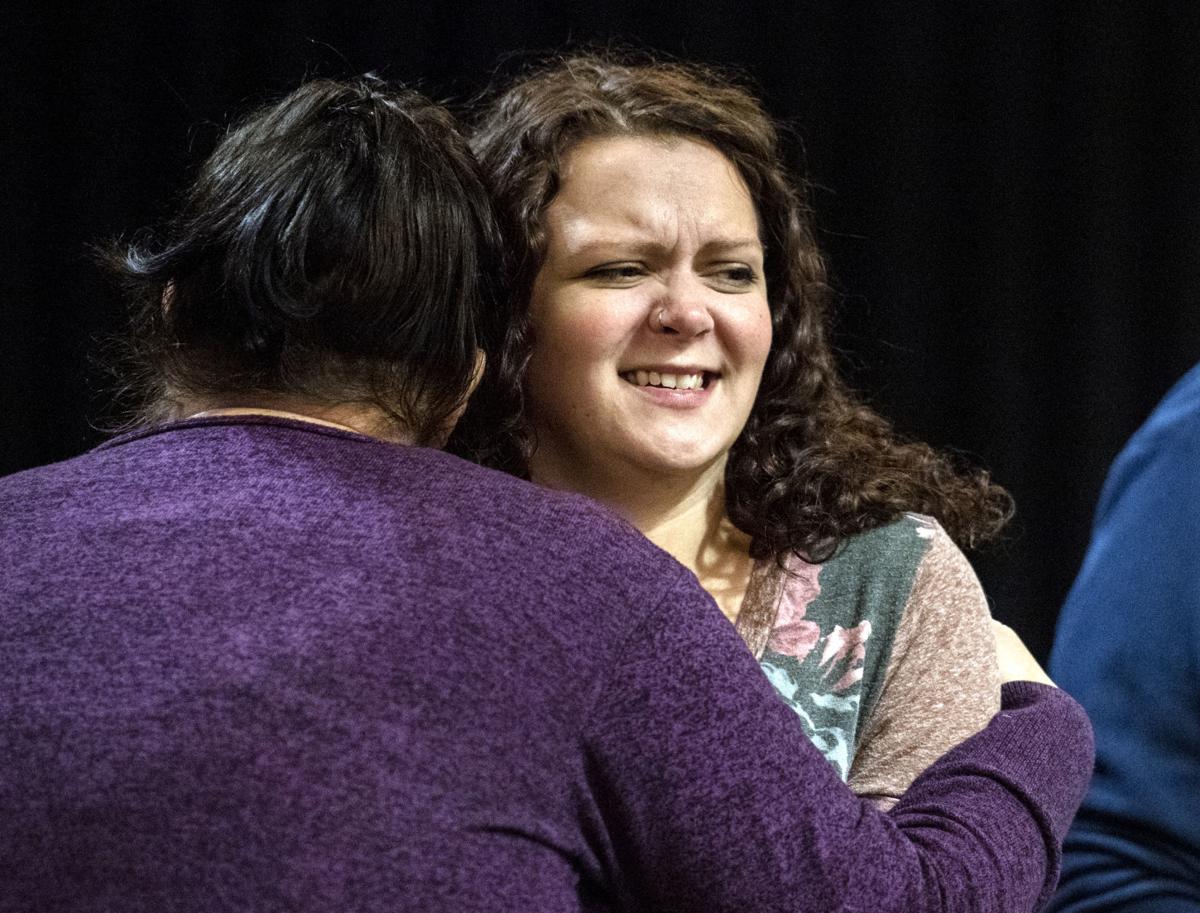 Rebecca Fredrickson grimaces while rehearsing a scene with Penny Ardelt in preparation for the annual One Act Festival coming up this month at the Janesville Performing Arts Center.

It takes time for those involved to craft, rehearse and perfect the show. Therefore, it seems more reasonable—once the time has been put in—to go through extra effort, such as marketing.

It might also make more sense to do all that work for a performance that spans two or three acts.

But Jim McCulloch, education and outreach director at the Janesville Performing Arts Center, thinks there can be missed opportunities in those larger shows. Which great 30-minute shows are never written? Which talented but busy actors pass up on even trying a given show because the payoff for a shorter performance isn’t worth the time to rehearse?

But collecting these short stories together can give an audience “a full evening of entertainment,” McCulloch said, adding that an upcoming festival in Janesville is going to put on three such shows.

As part of its Local Talent Month, JPAC is hosting its One Act Festival from Jan. 9-11. Each evening features one show each from three local groups, although the shows are the same from one night to the next.

The three groups putting on shows are Theatre Unlimited, Janesville Little Theatre and Stage One.

“Since JPAC is the home base, we thought it’d be nice if we could cross our talents together to share ideas, share resources, share talent and create something for the greater good of the theater community here in Janesville,” McCulloch said. “So that’s the driving force behind it.”

The festival will not be on the center’s main stage. Rather, the event set to last about two hours with two intermissions will be in the smaller black box gallery theater, which he said is “more of an intimate” venue.

This matches what McCulloch wants the audience to feel with the shows, which he said are comedies of the darker nature (as opposed to more of a slapstick humor) that have fun and creative characters.

One of the shows, JLT’s “Check Please,” is about a series of blind dinner dates that appear to feature a kleptomaniac, a grandmother’s bridge partner and a mime.

McCulloch, who has been in his JPAC role for five years, said the One Act Festival is in its third year thanks to a city Forward Foundation grant. The center wanted to work more with various resident groups, but there weren’t enough resources to make such a project happen, he said.

The festival, which features area talent, takes place this month, which the center is celebrating as Local Talent Month. Each weekend features a project worked on by a local artist or artists.

For example, featured entertainment will include improv, comedy, music and dueling pianos. The One Act Festival fits in that lineup near the middle of the month.

McCulloch said the One Act Festival will feature some younger directors, adding it will be “a great place for them to keep spreading their wings and honing their craft as a director.”

The shorter shows also allow local talent to participate in something with more flexible rehearsal schedules, he said, adding that it also broadens the pool of those who want to keep the “creative bug” alive.

What: JPAC's One Act Festival

Theatre Unlimited, Inc.’s showing of “The Pavement of Good Intentions” by Jim Lyke and co-directed by David Bitter and Nicky Schwartz:

Stage One, Inc.’s performance of “Wanda’s Visit” by Christopher Durang and directed by Bernice Hein: