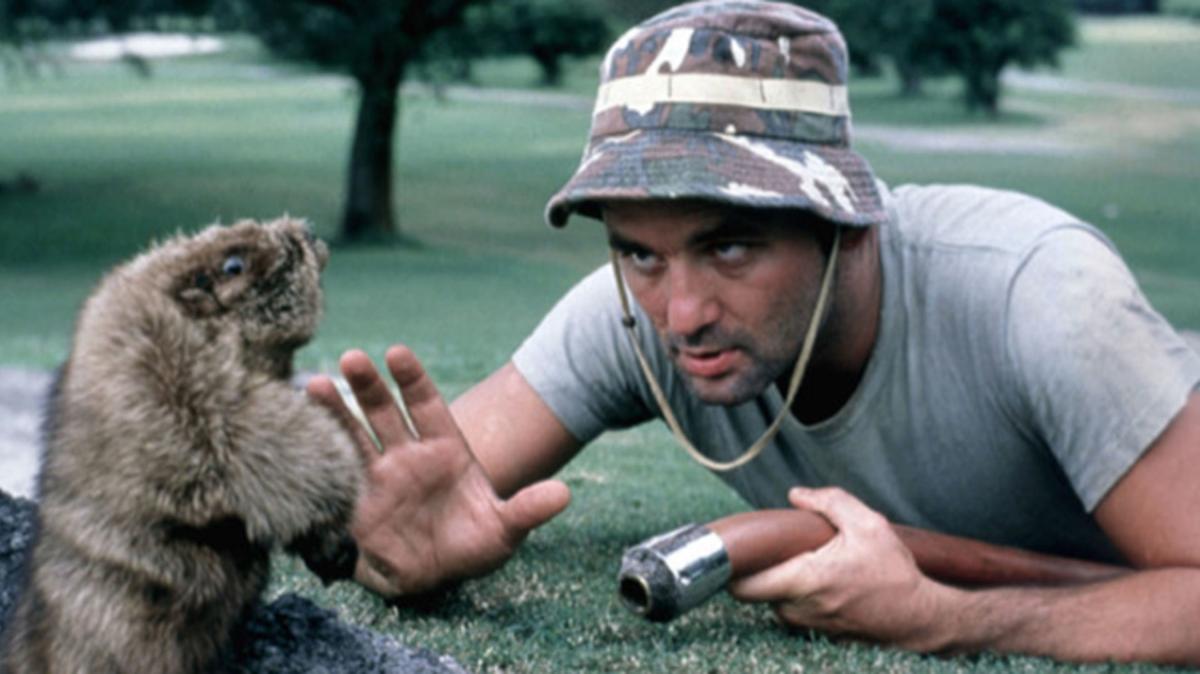 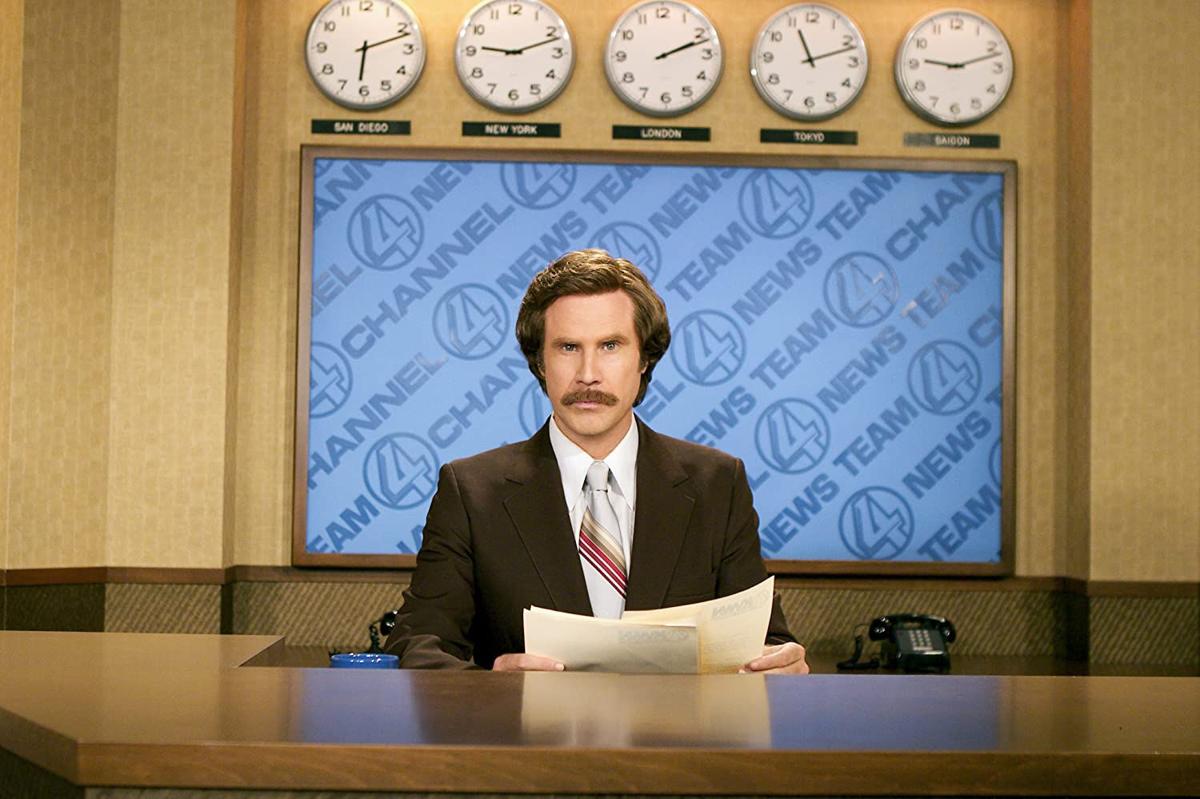 Will Ferrell stars in a behind-the-times TV newsman in the 2004 comedy movie 'Anchorman: The Legend of Ron Burgundy.' 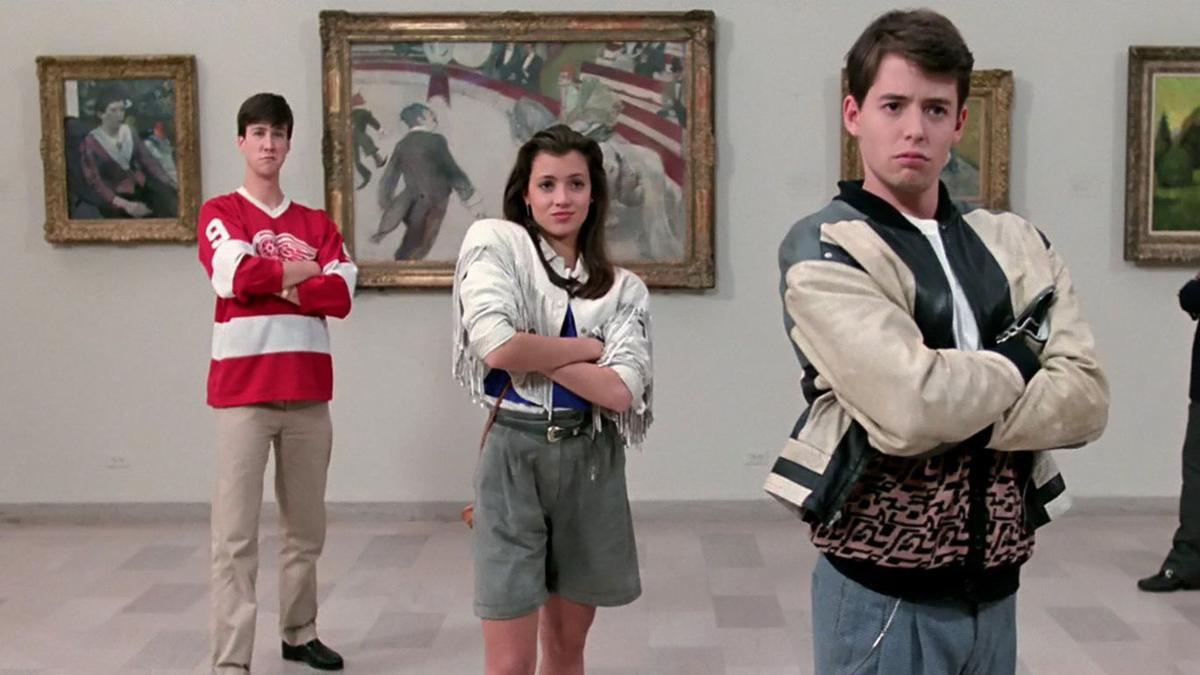 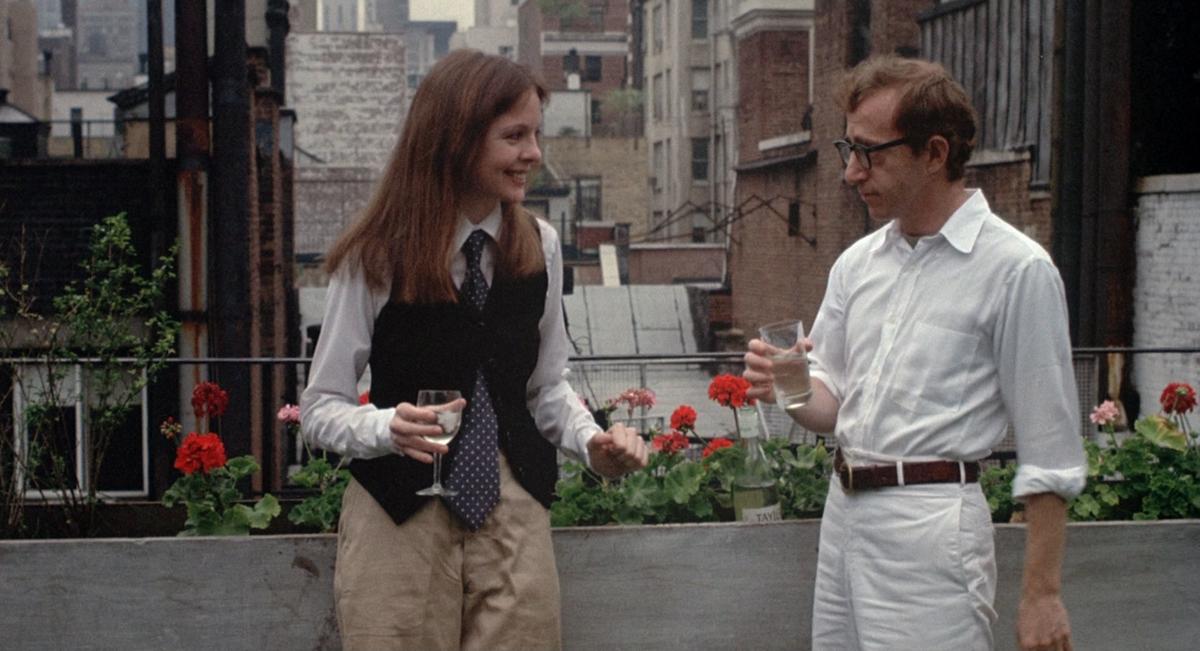 Will Ferrell stars in a behind-the-times TV newsman in the 2004 comedy movie 'Anchorman: The Legend of Ron Burgundy.'

Gathering news is serious business, and those who do it are serious people.

At least they are most of the time.

When they’re not chasing down leads, combing through police records or wading through notepads packed with meeting notes, members of The Gazette’s newsroom are a collectively fun bunch with above-average senses of humor. It’s a necessary tool for those who witness man’s inhumanity to man on a near-daily basis.

In an effort to help amuse kicks readers—and themselves—in this time of of extreme isolation, these newshounds were asked to share the top three film titles they seek out when they need to be cracked up. So take a look and see who shares your comedic tastes.

Feel free to offer your own top three or tell us what we missed by sending your own selections to glittle@gazettextra.com.

Ann Fiore, copy desk chief“The Hangover”: I really loved “The Hangover” when I first saw it. My taste in comedy is pretty unsophisticated. It’s not as funny the second and third time, but it’s still good. No self-respecting person should check out the photos after the credits roll, but I always do.

“Semi Pro”: I like basketball, and I always like Will Ferrell for a good, dumb laugh. And when you can watch Will Ferrell wrestle a bear, you don’t need much else.

“Bridesmaids”: On Ashley McCallum’s recommendation, I actually watched this all the way through on a recent weekend. Kristen Wiig and Melissa McCarthy are not only hilarious, they’re also great physical comedians. It’s inspiring to see funny women in leading roles.

Ashley McCallum, reporter“21 Jump Street”/“22 Jump Street”: These are my all-time favorite movies across all genres (I have very, very lowbrow taste in art). My sister and I once watched the first movie three times in one weekend. I consider these movies the perfect balance of witty, goofy and satirical comedy.

“Bridesmaids”: Not only is this movie insanely funny, it is groundbreaking in fighting against the stereotype that women are not funny. It accomplishes what big-hitter raunchy comedies have for decades with a predominantly female cast. Also I am guaranteed to love anything Kristen Wiig touches.

“Wine Country”: Another all-star, heavy-hitter cast of hilarious women. This movie is great on its own, but it’s even better when you have a specific gang of gal pals to relate to it with. My college friends and have picked out who each character is in our group. For legal reasons, I will not disclose which one I am.

Catherine W. Idzerda, reporter“His Girl Friday”: Big surprise here: A classic movie about newspaper reporters at a time when every city had at least two papers and they were all competing for the big scoop. It’s a romance and a comedy, but not a rom-com. There’s no “meet cute,” for one, and the antagonism between the lead couple (Cary Grant and Rosalind Russell) leads to some of the wittiest—and fastest—patter of all time.

“Young Frankenstein”: I was 9 when I first saw this film, so I didn’t understand all of the grown-up jokes. But when Marty Feldman told Gene Wilder to “walk this way,” I laughed until tears ran down my face and my stomach hurt—especially because it took a while for the joke to sink in. I watched it again as a grown-up, and despite its sometimes corny humor, it’s one of my favorites.

“Monty Python and the Holy Grail”: What can I say? I’m a child of the 1970s. A friend’s older brother snuck us in to see this film when I was 10. “Your mother was a hamster, and your father smelt of elderberries” and “Come back here and I’ll bite your knees off” became our favorite playground taunts.

Dave von Falkenstein, digital content and development“Airplane!”: From a very early age, I remember trying to memorize all of the verbal puns this movie offers. There are really too many to count.

“Caddyshack”: I don’t know if any single movie has ever generated more lines of dialogue that are this ripe for repeating. Noonan!

“The Big Lebowski:” Probably my go-to movie of any genre. So many good lines by Jeff Bridges (as the most laid-back duderino) and John Goodman (as an unhinged Vietnam vet). That rug really tied the room together.

Eric Schmoldt, sports editor“Caddyshack,” “Happy Gilmore” and “Major League”: Of course I decided to keep mine sports-centric. It doesn’t really get any better than “Caddyshack,” though. Rodney Dangerfield, Chevy Chase, Bill Murray, a gopher and golf. What’s not to love?

Greg Little, kicks editor“Caddyshack”: I can quote far too many lines from this film for it not to be my top pick. They just don’t make them like this anymore. (“How bout a Fresca ... hmmm, hmmm?”)

“Ferris Bueller’s Day Off”: The best advice ever given, in my humble opinion, is “Life moves pretty fast. If you don’t stop and look around once in a while, you could miss it.” Oh Yeah.

“Duck Soup”: Hail Fredonia! If you’ve never seen the mirror scene or the lemonade cart scene from this Marx Brothers classic, have you ever really seen comedy?

John Barry, sports reporter“Napoleon Dynamite”: “I see you’re drinking 1%. Is that ‘cause you think you’re fat? ... Because you’re not. You could be drinking whole if you wanted to.” Stupid comedy at its best.

“Fast Times at Ridgemont High”: “You’re a wuss! Part wimp, part p**sy.” Brings me back to my high school days.

“Blazing Saddles”: “Come on, boys! The way you’re lollygaggin’ around here with them picks and shovels, you’d think it was 120 degrees. Can’t be more than 114.” So ahead of its time.

“This is the End”: If watching a spoofy apocalypse movie right now isn’t hitting too close to home.

“Anchorman: The Legend of Ron Burgundy”: “Boy, that escalated quickly.” —Ron Burgundy about the world around us every day.

Neil Johnson, reporter“Dazed and Confused”: Great coming-of-age comedy about jaded teens on the first day of summer during the most jaded of times, 1976. The film delivers a stoned, drunken and largely plot-less rollick through a day in the life of a dozen or so high school kids and their older, world-wise, slightly creepy buddy.

“Anchorman: The Legend of Ron Burgundy”: Absurd comedy with Will Ferrell and a cast of goofs playing late 1970s San Diego TV news anchor kooks—including lovable everymen Paul Rudd and Steve Carell. Ferrell steals practically every scene in the film. It’s one of those movies that seems about 95% ad-libbed, but it’s all the better for it. Breakout scene: the newsmen’s multipart harmony singing of Starland Vocal Band’s “Afternoon Delight.”

“Wayne’s World”: I’m an Illinois native and was a teen in the 1990s. In this film, the rise to local fame of two suburban Chicago slackers, Wayne Campbell and Garth Algar, made me believe anyone could be a star. All you needed was a bad plan, a basement TV studio, some shredded blue jeans and the craftiness to outrun a loopy ex-girlfriend. “Saturday Night Live” alum and comedic masterminds Mike Myers and Dana Carvey soar in this film of party- time excellence!

“Galaxy Quest”: Probably the best science-fiction satire ever made that equally makes fun of and pays homage to fandoms. Plus you have a dream team with Tim Allen, Sigourney Weaver and Allan Rickman.

Shari Rampenthal, special sections editor“Imagine Me and You”: A bride is smitten by the florist on her wedding day. Stars Lena Headey (pre-Cersei Lannister) and Piper Perabo (post-“Coyote Ugly”).

“But I’m a Cheerleader”: A young Natasha Lyonne is sent to conversion therapy camp and falls in love with another camper. RuPaul plays a straight man.

“Suicide Kale”: A new couple on unsteady ground accepts a lunch invitation from an established couple and then finds a suicide note in their home. A dark comedy, of course.

Shawn Sensiba, copy editor/page designer“Annie Hall”: The 1977 film directed by Woody Allen is a wistful romantic comedy that skillfully gets at the heart of the humor and the heartbreak of personal relationships. It also happens to be funny as hell, and at the time, it had comic ideas and approaches that were altogether new.

“Airplane”: Has more jokes per minute than any movie ever made. It really pioneered the idea of having multiple levels of jokes occurring onscreen. Some dialogue in front and other things happening in the background. Repeated viewings always turn up something new.

“Monty Python and the Holy Grail”: This 1975 release brought the demented English comedy troupe to the big screen and offered a bizarre take on all sorts of movie tropes. Some of the material is screamingly funny, and though it was produced on a tiny budget, it manages to look like more than it was.