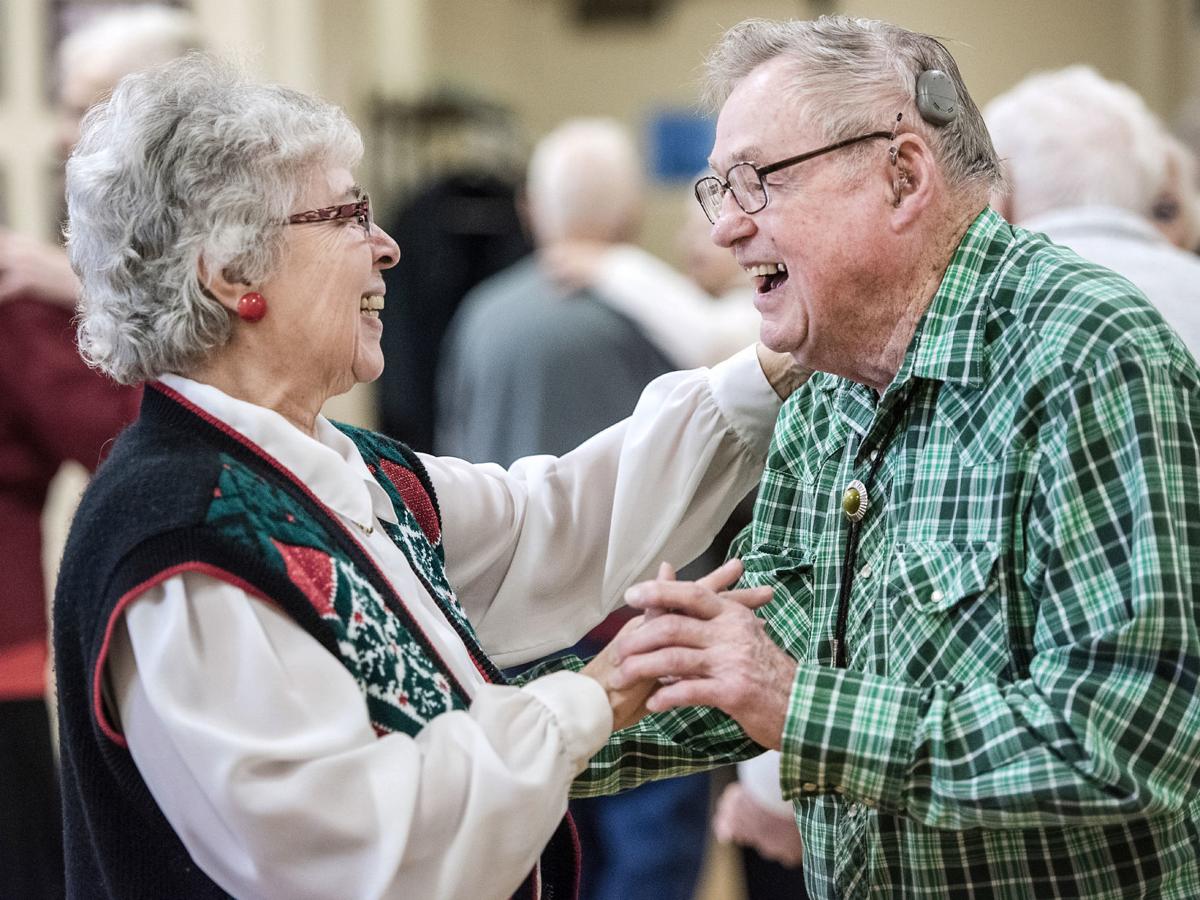 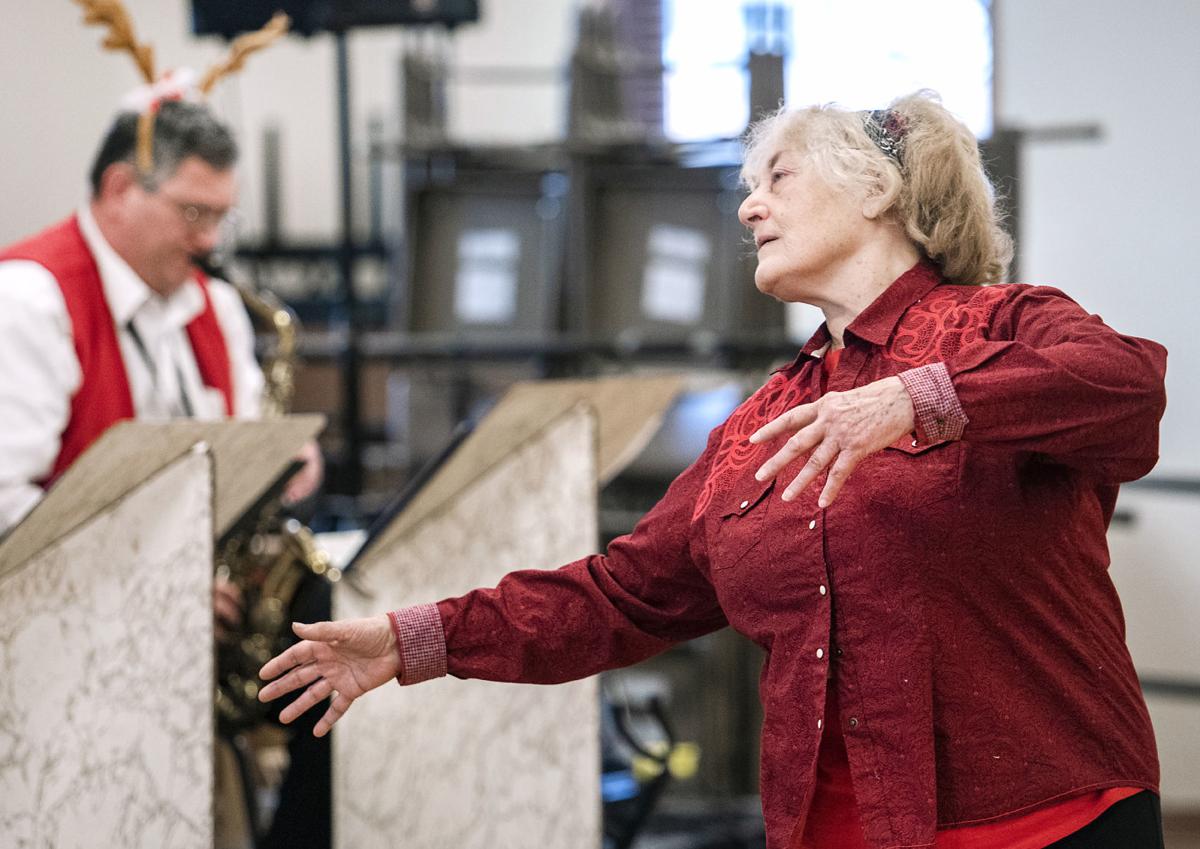 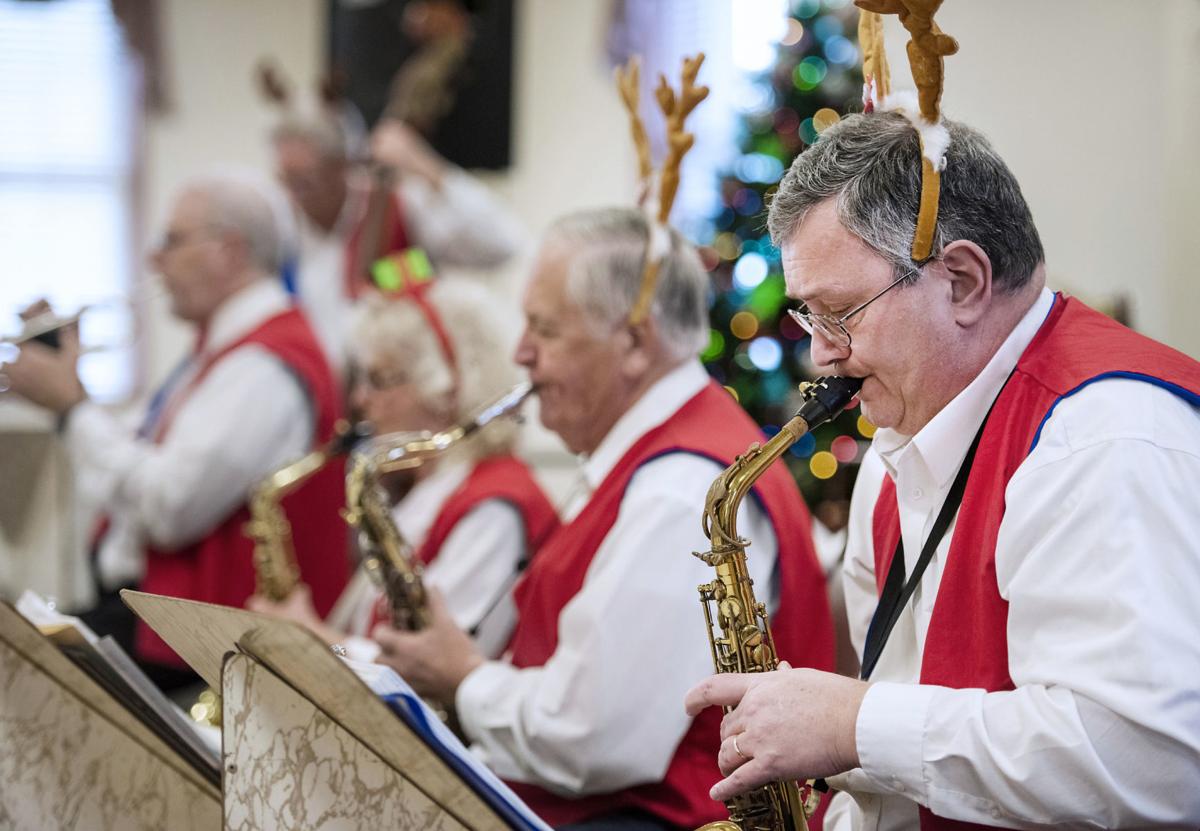 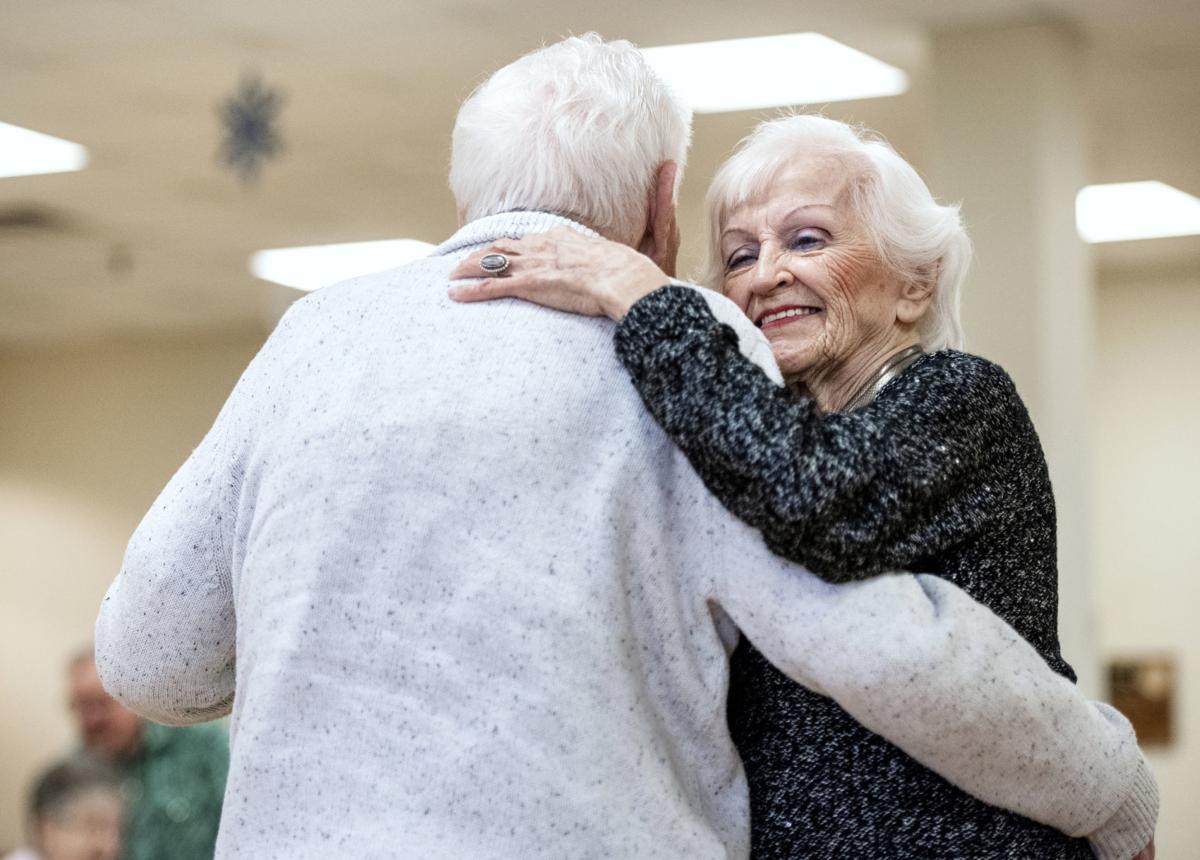 JANESVILLE—Rural Milton resident Rose Pierce wasted no time sinking five billiard balls in a row in the pockets of the Brunswick pool table on the second floor of the Janesville Senior Center.

Pierce, a waitress at a supper club north of Milton, won’t admit to being a pool shark. But she has played for more than 40 years, and she says, “I’ve been pretty good at it for maybe the last five years.”

Last year, Pierce started coming to the Janesville Senior Center a few times a week to keep her billiards game sharp. But she has since found camaraderie.

When Pierce shoots pool in the senior center’s billiards room, she’s usually the lone woman among a passel of a half-dozen or more guys ranging in age from mid-60s to mid-90s.

The guys all call Pierce “Rosie.” She brings them cookies.

For a few hours, a few mornings each week, the billiards group banters, jokes and shoots pool.

At the senior center, interaction and action is that simple for the billiards crew and for the center’s approximately 800 other members.

On a recent Wednesday morning, Pierce and the gang were working on bank shots and draws with the billiards room door open. The players could hear the strains of The Blue Velvets, the senior center’s house swing band as the group practiced songs in the next room—the center’s dance hall.

Downstairs, five women were painting in the center’s art room, and in the room next to them came the shimmery sound of two women dancing in metal-bottomed clogs, their feet flying to keep time with a CD recording of Rusty Draper singing “The Wabash Cannonball.”

“Most of the people here are as active, if not more active, than a 30-year-old,” said Gloria Dean, the center’s longtime front desk worker. “Don’t forget it. We do things here. People move. They dance. It’s not a nursing home or anything like that.”

Dean and her colleagues at the city of Janesville-operated center at 69 S. Water St. have seen the ranks of membership grow by about 40 members—or about 5%—in the past year.

That might not seem like a big increase, except when you consider the senior center can lose at least that many members a year due to people moving away or going into assisted living or retirement homes.

And the increase comes at a time when some other local clubs, social groups and local service organizations have seen declining membership—largely because of a die-off of older members and a lack of new, younger members joining.

The senior center’s recreation director, Linda Kleven, said the center saw a surge of new members this year after staff held the center’s first-ever open house in March. It was an event that let prospective members get a taste of what the center offers.

For members such as Pierce, the center’s demographic and membership trends might not mean a lot aside from the fact she might begin to meet more new people if membership continues to grow.

Pierce said she has lived around Janesville her entire life, but it never occurred to her to come to the senior center until last year—when a friend mentioned the pool tables. Pierce gave it a shot.

“I didn’t know anything about the senior center. But I found out they had pool tables that people used, and I thought, ‘Well, it must be good then,’” she said.

A $25 annual membership fee and a year later, Pierce—Rosie that is—is still shooting pool at the center. And she has gotten to know people she would have never otherwise met.

That includes people such as Joe, who plays billiards with a black, fingerless glove on one hand, and Mike, who is 94 years old and can put backspin on the cue ball.

Pierce has branched out, taking Spanish language classes offered at the center. One of her billiards colleagues is into woodworking classes. Others dine on $10 lunches the center hosts, and others take part in monthly trips offered at an additional cost.

Still others dance one morning a week while The Blue Velvets and other performers play big band, swing, Dixieland and bluegrass music.

Estella Fena worked in the art room of the senior center alongside a half-dozen of her friends. The group was chatting while Fena used a fingertip to smooth out the white wingtips on a pheasant she was painting as part of a pastoral scene in acrylic.

The work keeps Fena’s hands nimble, and at 91, she is still creating artworks that impress her friends—including a painting of a country store scene that hangs above the senior center’s information desk.

In the past few years, the center’s staff has begun using paintings produced by senior center members as décor for the center’s walls. Retired social worker Linda Barth unveiled a portrait she was working on of a family member as a young child.

Barth said the painting group at the senior center shares ideas and techniques, but it also shares friendship. Even on days that it doesn’t have a $3 instruction session at the center, the group gets together, sometimes for lunch or coffee at each other’s homes.

“This has brought me to come together with friends I never would have had,” Barth said.

The last few years, Kleven said the center has changed its views on planning or adding activities: Some new programs now come at the behest of new members who suggest things they want to do.

Staff asked the center’s board of directors for permission to buy a mahjong set—a $100 investment. The game was such a hit that the center has since bought two more to accommodate members who have become avid players.

Kleven remembers when she first moved into a farmhouse in rural Rock County years ago.

“There was a plate of cookies in front of our door, and it was from the neighbors down the road. It’s sad, but fewer and fewer people will make that first step anymore,” she said. “That’s why I say to people, rather than staying at home and complaining to your kids that you have nothing to do, nowhere to go, nobody to see, come here.

“You know, there’s got to be something here that you would enjoy doing, and somebody you’d enjoy doing it with.”