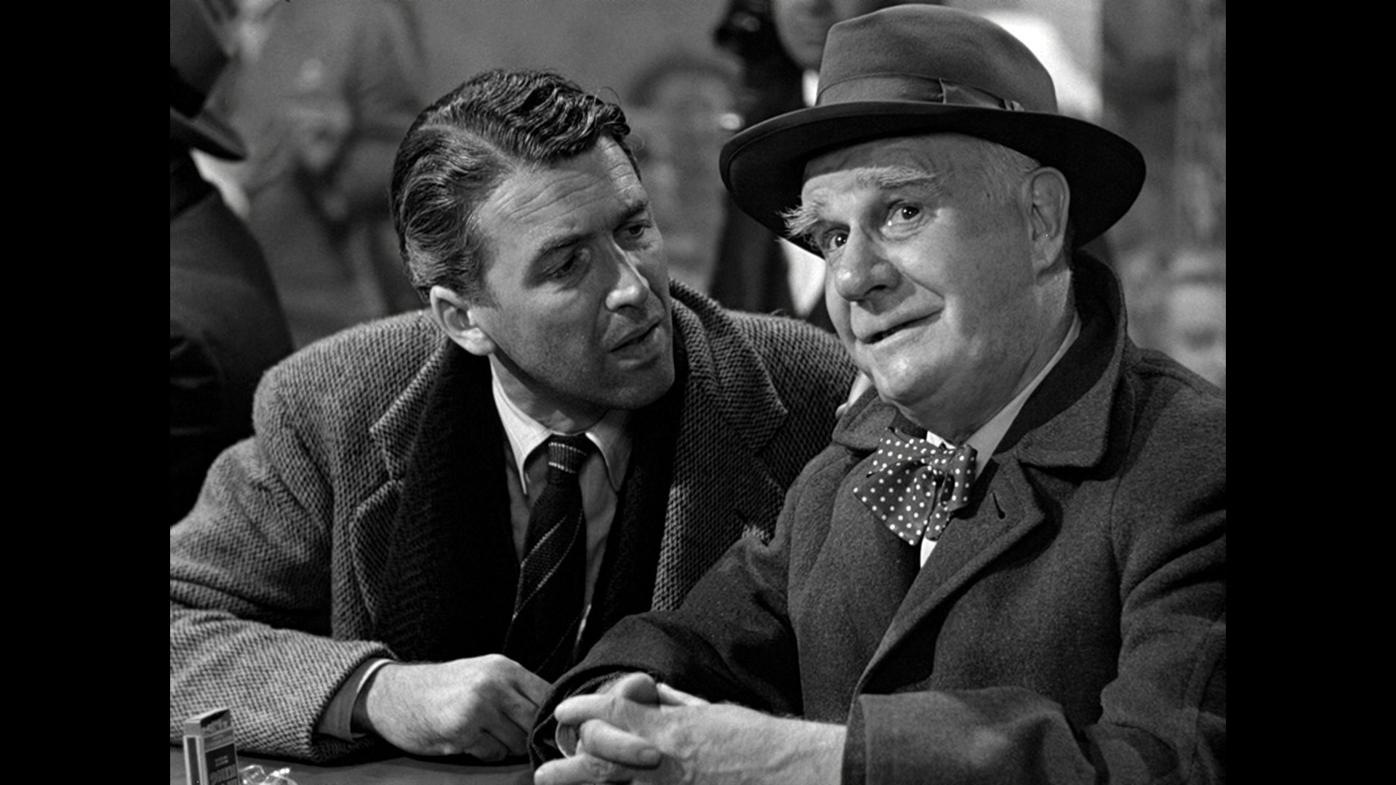 Jimmy Stewart, left, and Henry Travers star as George Bailey and Clarence Odbody respectively in a scene from ‘It’s a Wonderful Life.’ 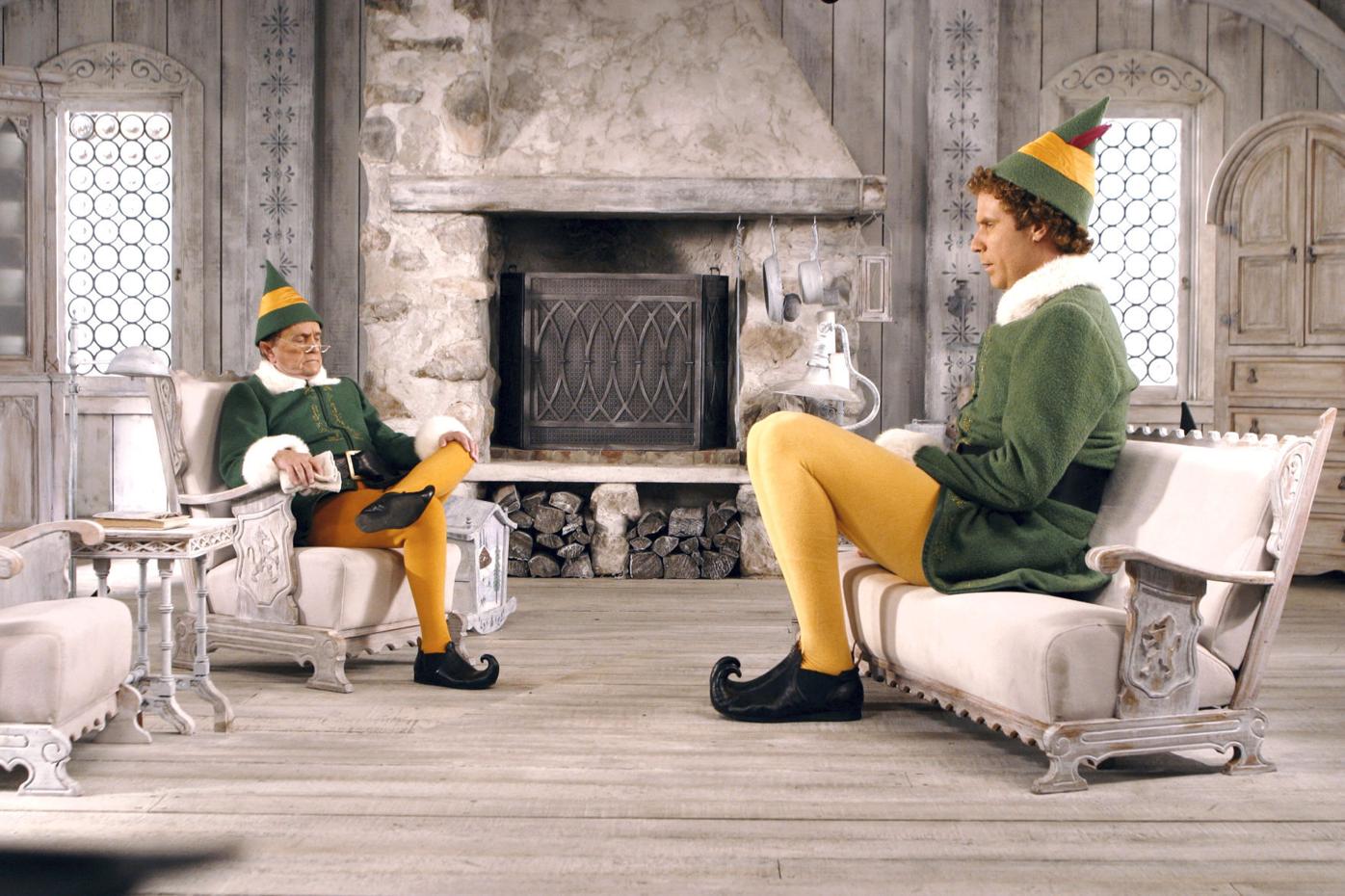 Will Ferrell, right, and Bob Newhart star as Buddy and Papa Elf, respectively, in a scene from ‘Elf.’ 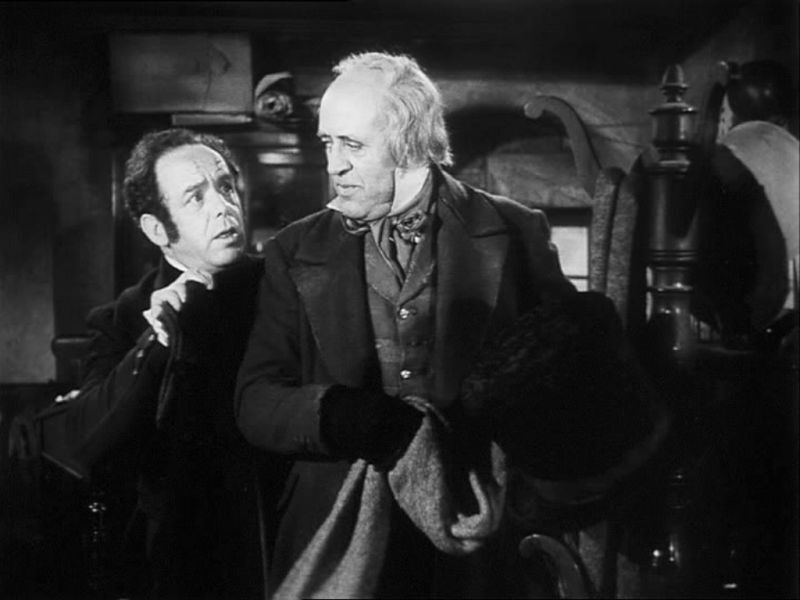 Alastair Sim, right, and Mervyn Johns star as Ebenezer Scrooge and Bob Cratchit respectively in a scene from ‘A Christmas Carol.’ 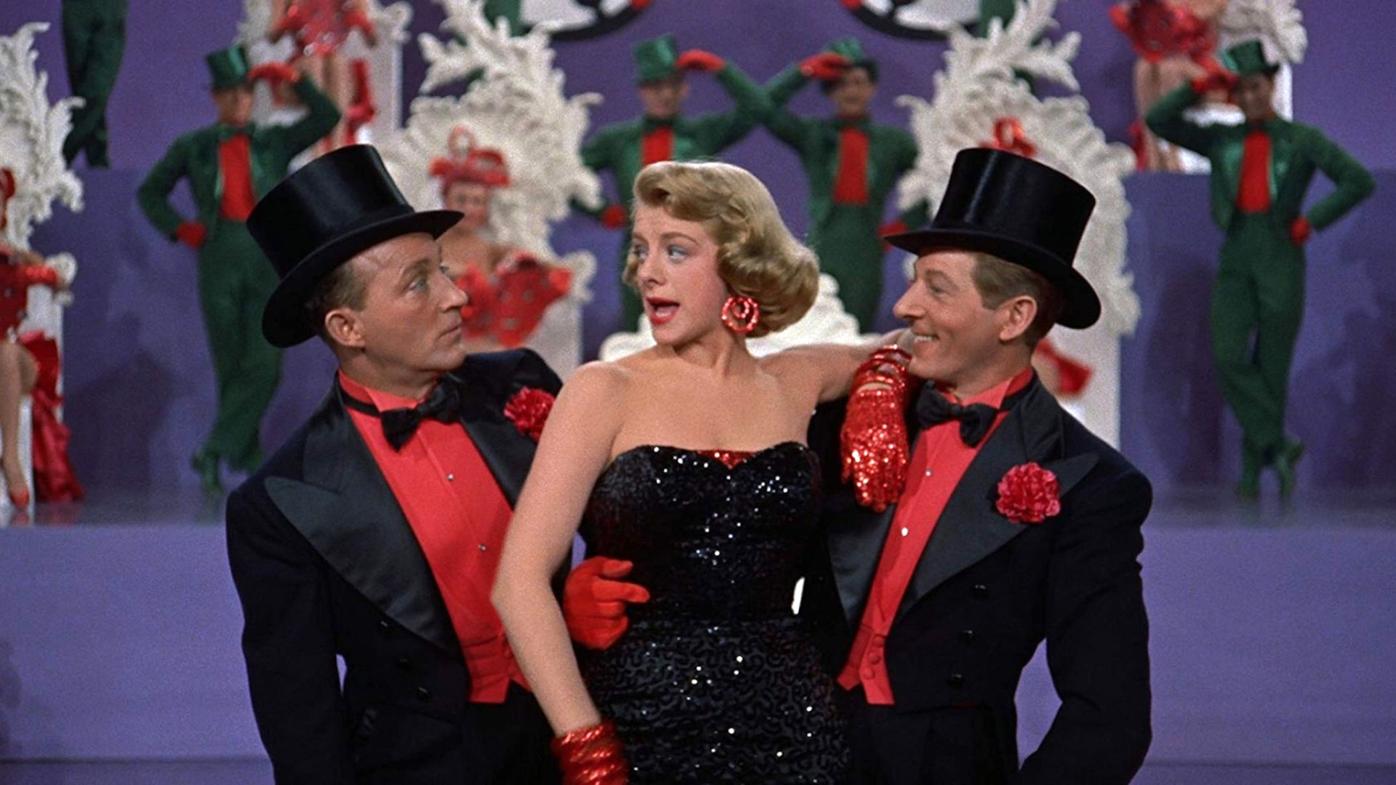 From left, Bing Crosby, Rosemary Clooney and Danny Kaye in a scene from ‘White Christmas.’ 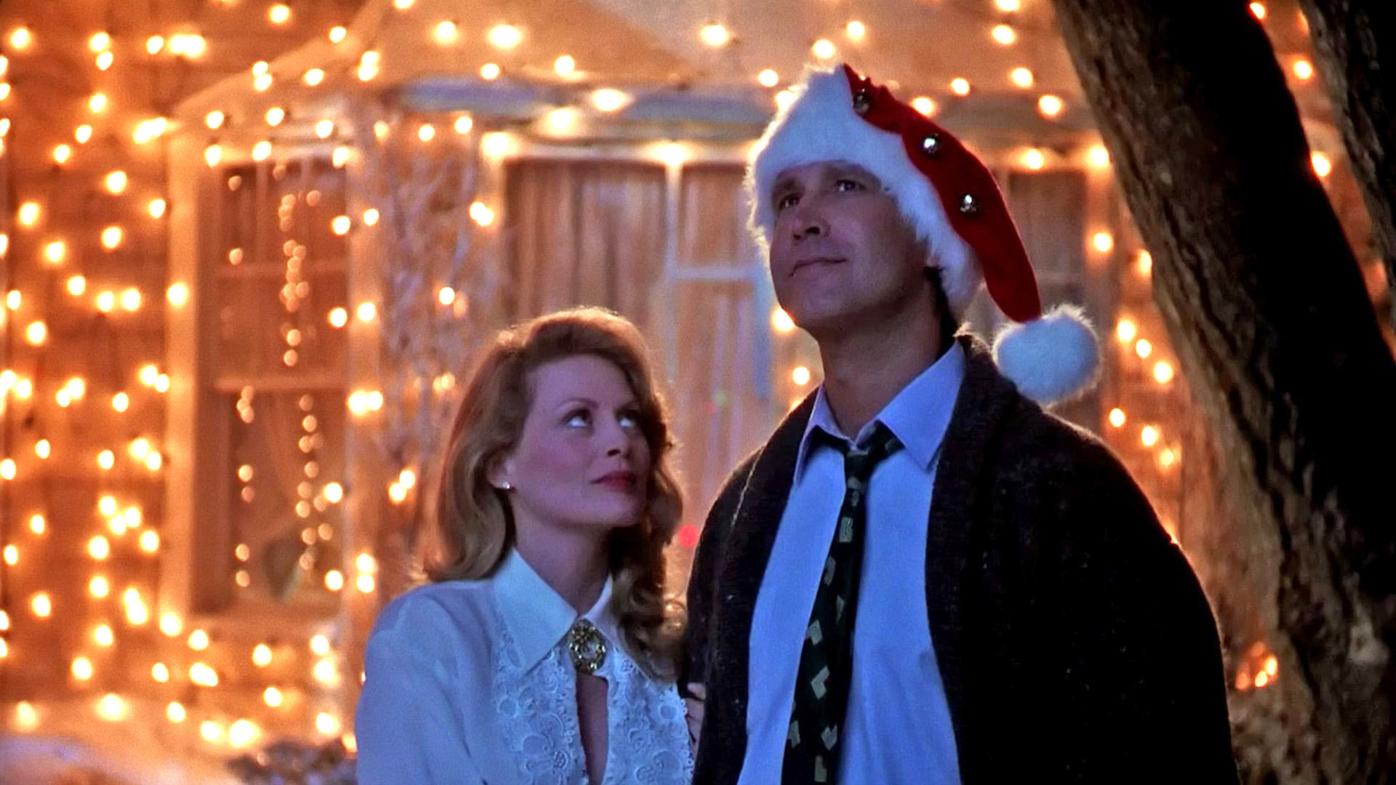 Beverly D’Angelo and Chevy Chase in a scene from ‘National Lampoon’s Christmas Vacation.’ 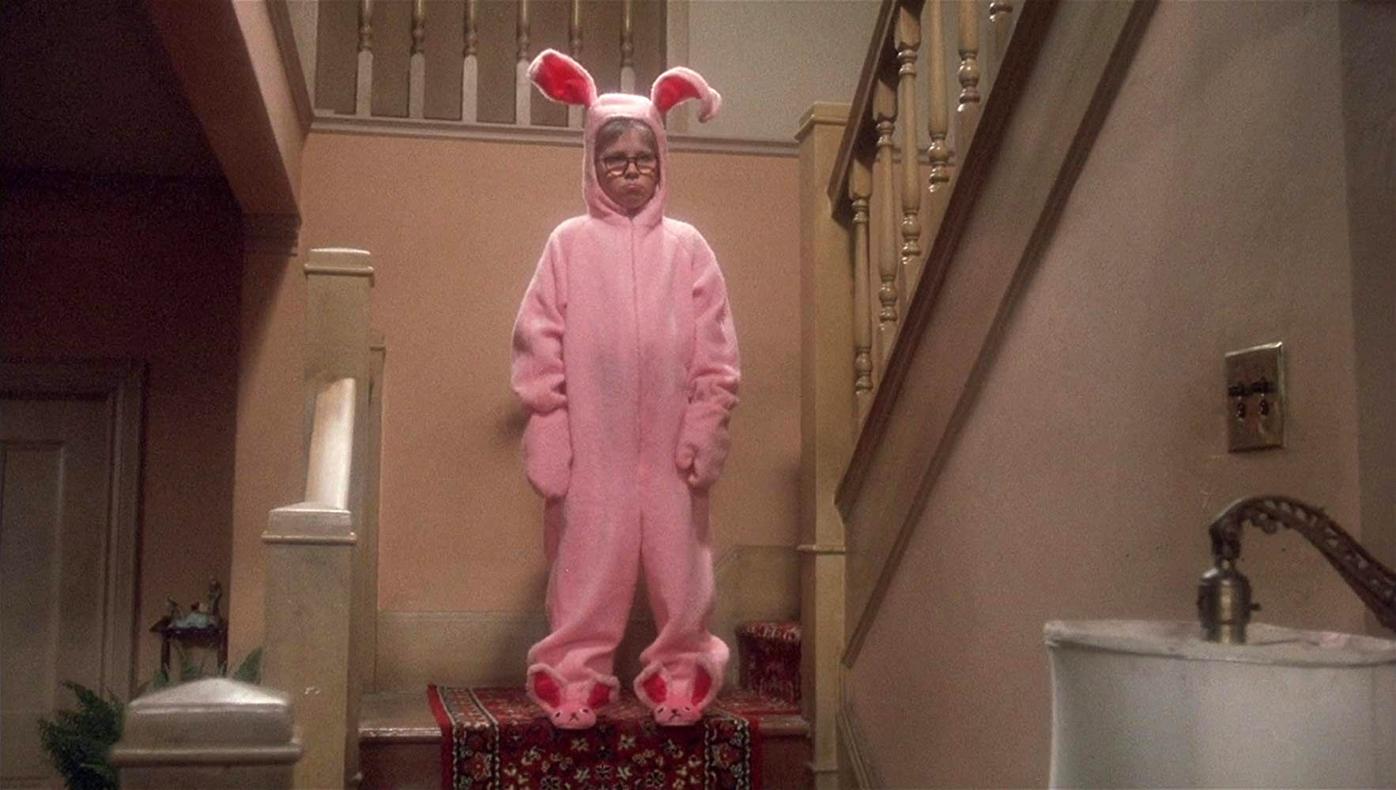 Peter Billingsley in a scene from ‘A Christmas Story.’ 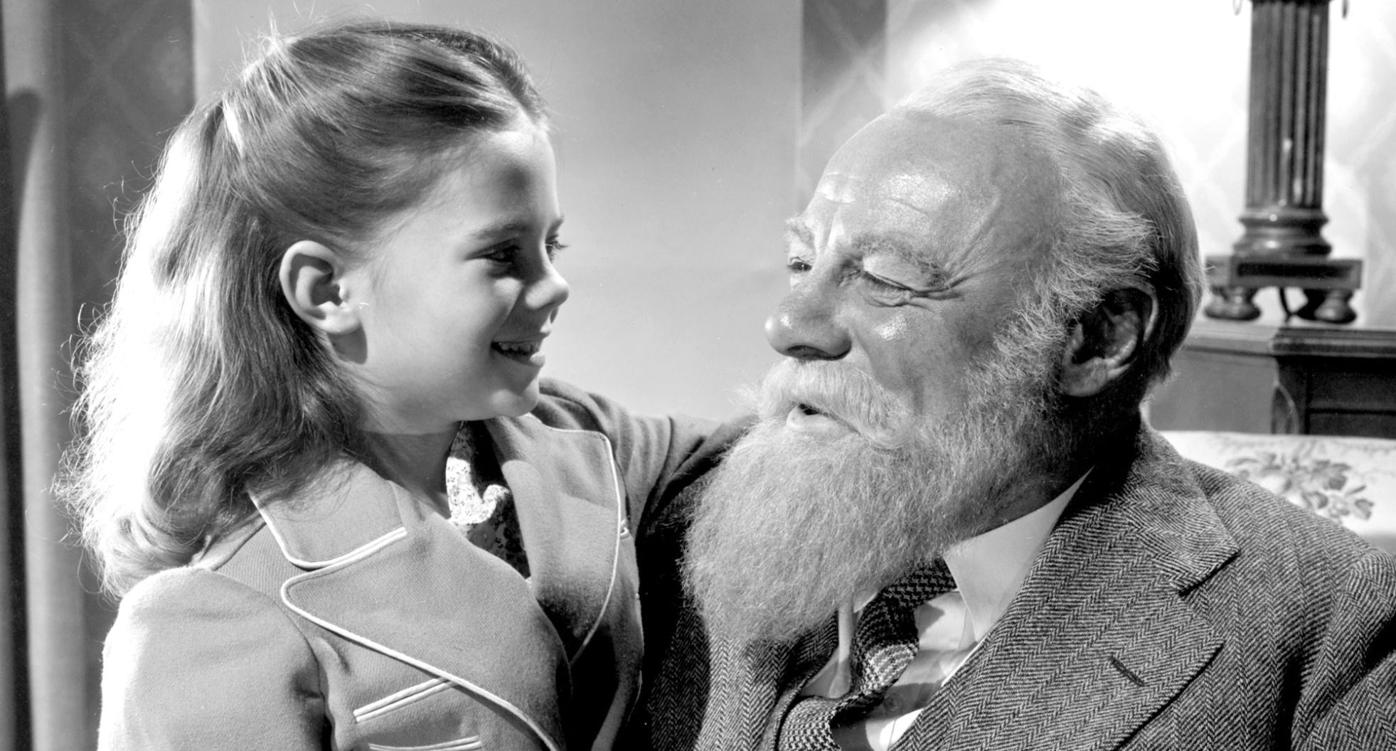 Edmund Gwenn and Natalie Wood in a scene from ‘Miracle on 34th Street.’ 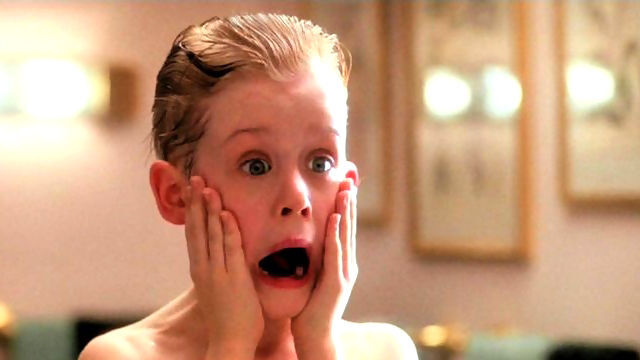 Macauley Culkin in a scene from ‘Home Alone.’ 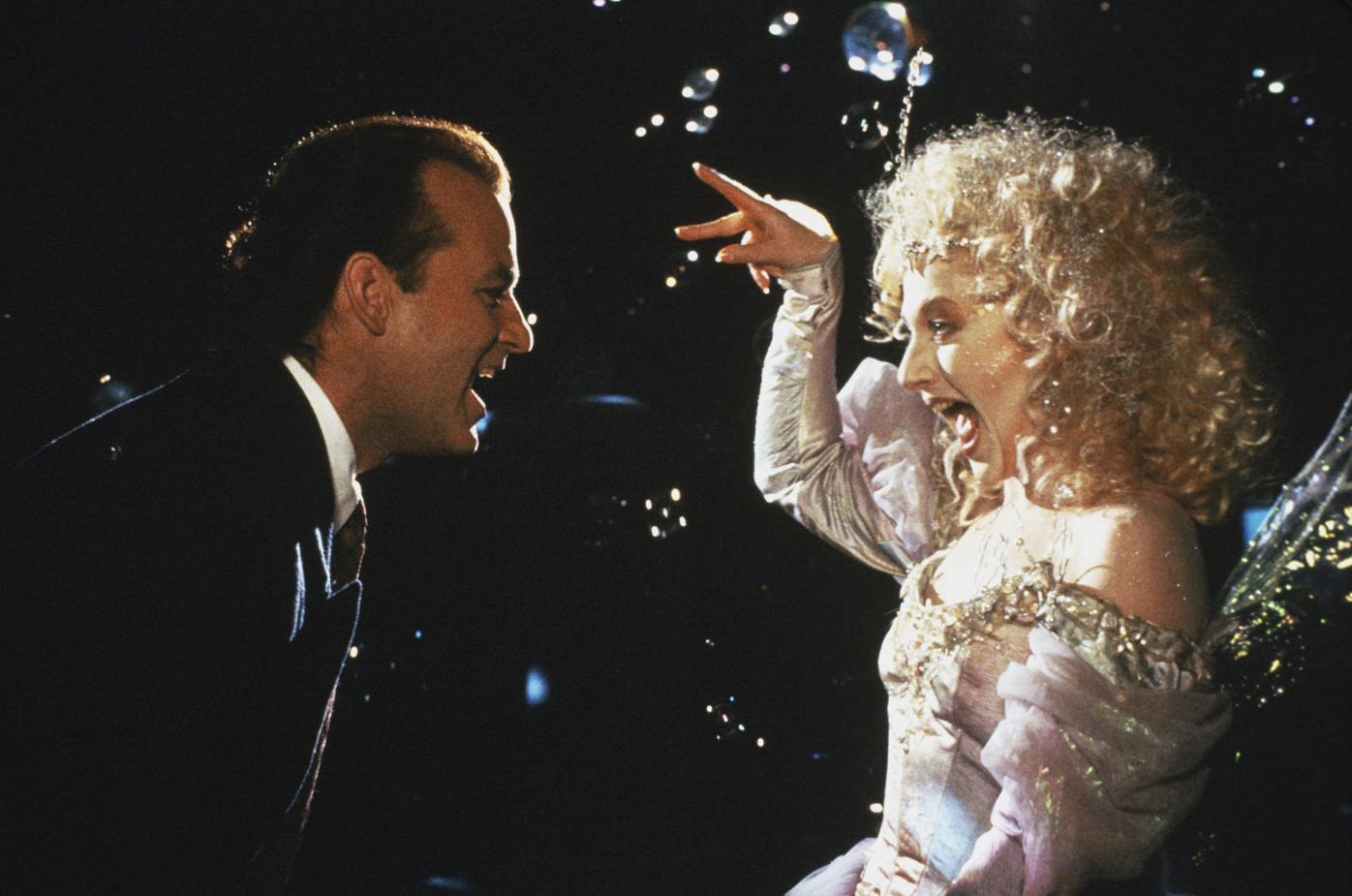 Bill Murray and Carol Kane in scene from ‘Scrooged.’ 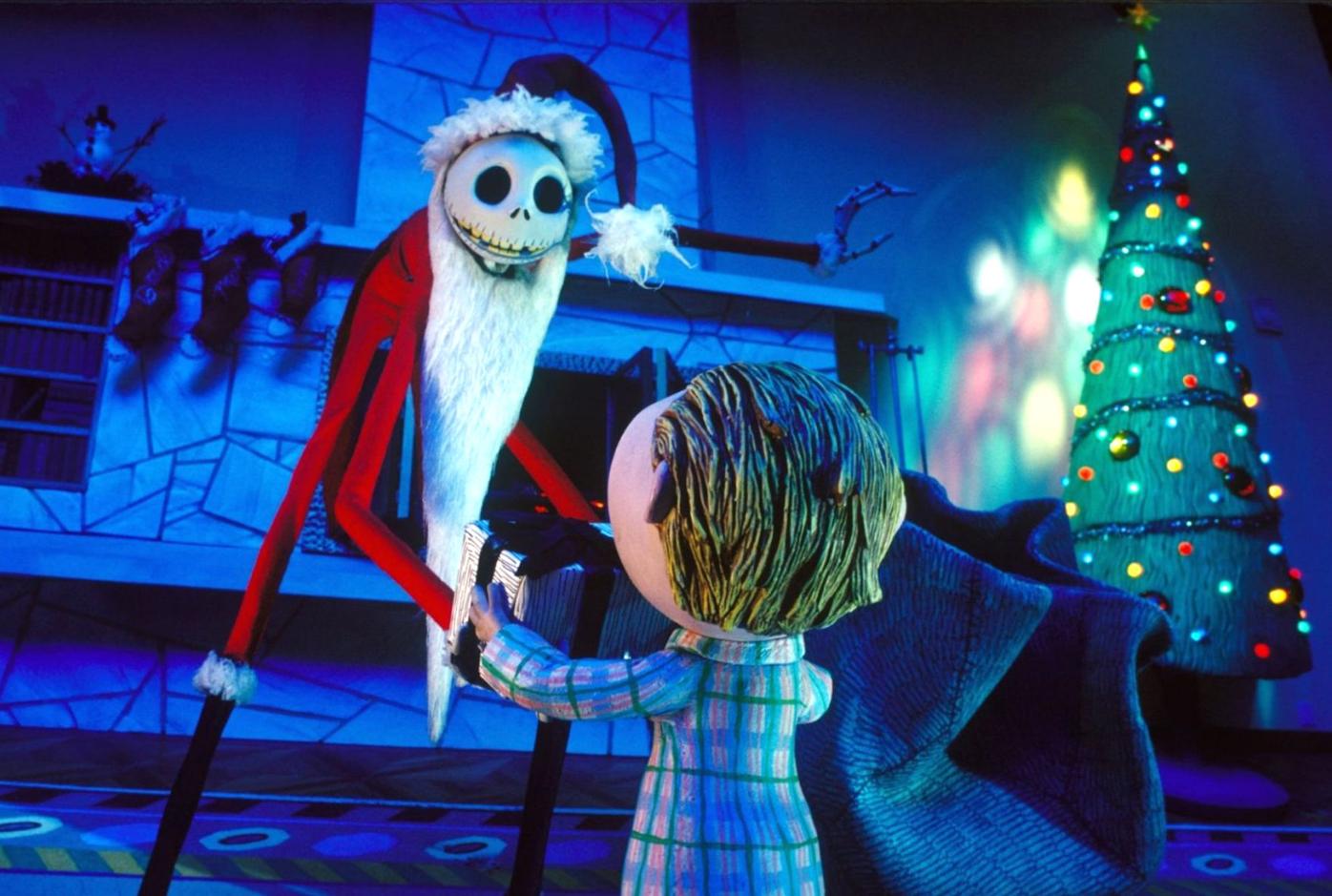 Jack Skellington (voiced by Chris Sarandon) in a scene from ‘A Nightmare Before Christmas.’ 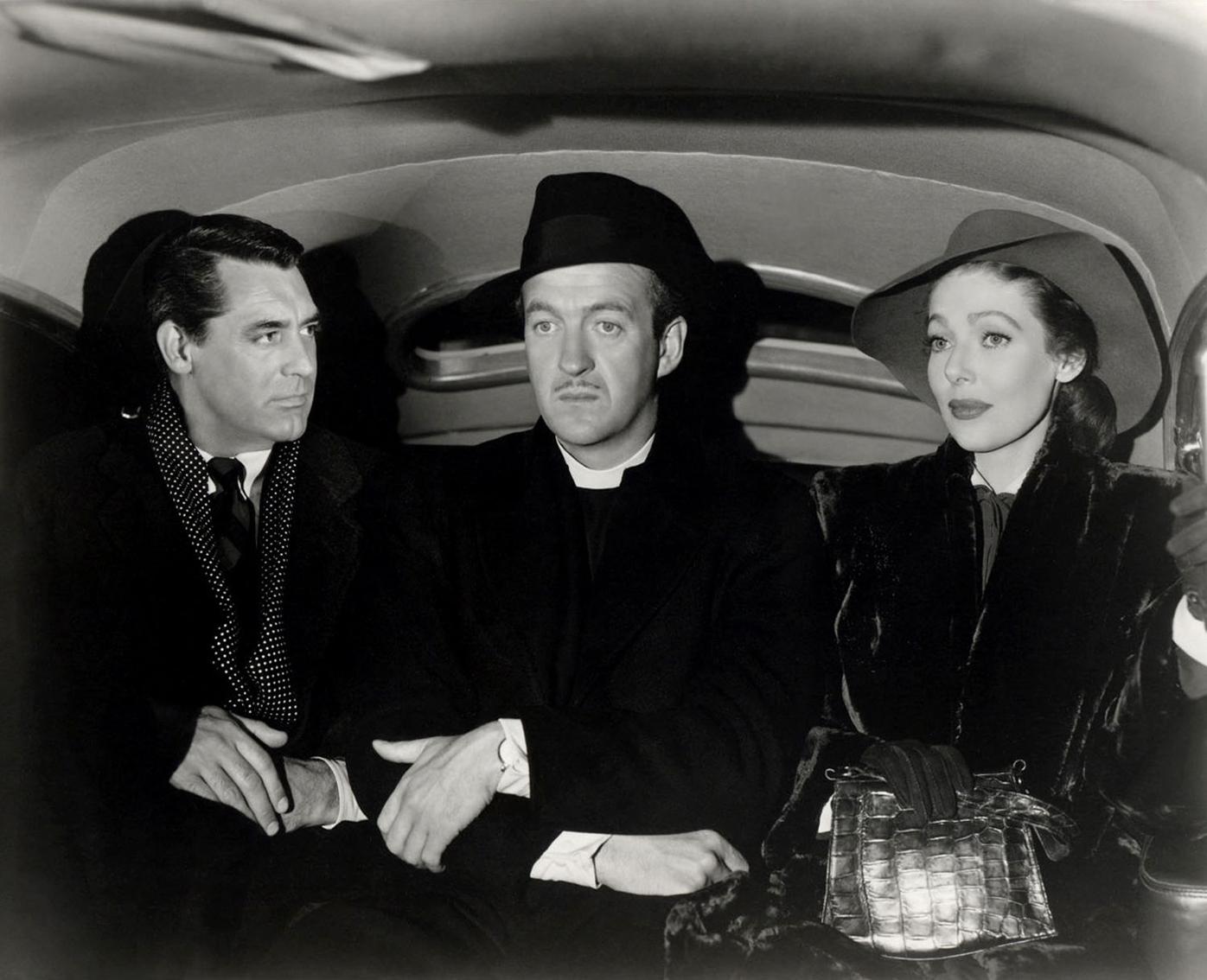 From left, Cary Grant, David Niven and Loretta Young in a scene from ‘The Bishop’s Wife.’

As soon as Harry Bailey raises his glass and toasts “To my big brother, George ... the richest man in town,” I have to turn away.

I don’t tend to be a cryer, but my tear ducts are defenseless against that heartwarming scene from “It’s a Wonderful Life.”

But that’s the point of watching holiday movies, right? To not only laugh and cry but to be reminded of our good fortune and of how inconsequential daily foibles are in the grand scheme of our lives.

With that in mind, here is a list of 11 personal favorites I hope will provide you with some fine entertainment and good feels during the holiday season. So grab a cup of cocoa, curl up in front of the yule log and fire up the big screen to get into that holiday spirit.

1. “It’s a Wonderful Life” (1946): Based on the lead, you knew this was coming. Suicidal and on the brink of financial ruin, distraught everyman George Bailey (Jimmy Stewart) off-handedly wishes he had never been born. When an awkward guardian angel grants his wish, George gets to see firsthand what the world would have been like had he never existed.

Quote: “Strange, isn’t it? Each man’s life touches so many other lives. When he isn’t around, he leaves an awful hole, doesn’t he?”

2. “Elf” (2003): Realizing he doesn’t fit in at the North Pole, adopted manchild-elf Buddy (Will Ferrell) departs to search for his biological father in New York City. His innocent nature leads to a series of misadventures, but he eventually wins over his new family, a department-store love interest and his “naughty-listed” dad. In the process, he helps Santa restore the true spirit of Christmas.

Quote: “Why don’t you just say it? I’m the worst toy maker in the world. I’m a cotton-headed ninny-muggins.”

—Ferrell as Buddy the Elf

3. “A Christmas Carol” (1951): The classic tale of the miserly banker and the three spirits who persuade him to change his ways and save his soul. Despite workable modern reboots starring George C. Scott and Patrick Stewart, the best film version of the Charles Dickens classic features Alastair Sim as the curmudgeonly Scrooge. There’s just something about watching this story in black and white with a predominantly British cast that helps set the proper tone.

4. “White Christmas” (1954): Bing Crosby and Danny Kaye are a pair of Army vets who find post-war success as performers. When the two fall for singing sisters, they tag along for a gig at a Vermont resort they later learn is owned by their beloved former commanding officer. The men call in favors to not only put on a grand show but have it nationally broadcast in an effort to gain exposure for the struggling inn.

Quote: “In some ways, you’re far superior to my cocker spaniel.”

5. “National Lampoon’s Christmas Vacation” (1989): Chevy Chase stars as the well-intentioned-yet-bumbling Clark Griswold in the holiday installment of the National Lampoon “Vacation” series. With high hopes for a traditional gathering, Clark undertakes an ill-fated search for a real holiday tree and a chaotic effort to overdecorate his home in lights. Factor in a missing bonus check, a sizzled kitty and visits from the in-laws and unseemly Cousin Eddie and you have the makings for a “fun, old-fashioned family Christmas.”

Quote: “Can I refill your eggnog for you? Get you something to eat? Drive you out to the middle of nowhere and leave you for dead?”

6. “A Christmas Story” (1983): Dripping with 1940s nostalgia, this Jean Shepherd vehicle visits Christmas through the eyes of Ralphie (Peter Billingsley), a boy whose only desire is to get a “Red Ryder Carbine Action 200-shot Range Model air rifle” for Christmas. While he waits for the big day, Ralphie must contend with neighborhood bullies, family tension over his father’s “major award” and the degradation that comes with Aunt Clara’s special gift.

Quote: “You’ll shoot your eye out.”

7. “Miracle on 34th Street” (1947): Things get litigious when a department store Santa (Edmund Gwenn) espouses claims of being the one true Santa Claus. Despite having no evidence to prove his identity, “Santa” continues to frustrate the prosecutors angling to discredit him. A special delivery from the U.S. Postal Service helps break the stalemate.

Quote: “Oh, Christmas isn’t just a day, it’s a frame of mind ... and that’s what’s been changing. That’s why I’m glad I’m here. Maybe I can do something about it.”

8. “Home Alone” (1990): In the rush to get to the airport for a Christmas getaway in Paris, the McCallister family accidentally leaves 8-year-old Kevin (Macaulay Culkin) back home in Chicago. After the initial joy of his newfound freedom wanes, Kevin is forced to single-handedly fend off two would-be burglars with only homemade traps and gadgets. A cute, family-friendly story with lots of laughs and a happy ending.

Quote: “Has this toothbrush been approved by the American Dental Association?”

9. “Scrooged” (1988): A slightly twisted take on the Charles Dickens classic, done as only Bill Murray could do it. Having sacrificed his family and girlfriend to get ahead professionally, cynical TV exec Frank Cross demands his staff work on Christmas Eve to broadcast a live production of “A Christmas Carol.” During production, Cross is visited by three ghosts intent on helping him regain his Christmas spirit—violently if necessary.

Quote: “You are a hallucination brought on by alcohol... Russian vodka poisoned by Chernobyl!”

10. “The Nightmare Before Christmas” (1993): In this stop-action animated musical, Jack Skellington—the “King of Halloween Town”—accidentally passes through a portal into “Christmas Town” and becomes obsessed with taking control of the holiday. He dispatches his minions to kidnap Santa, but when the jolly old elf accidentally falls into the hands of a dangerous spectre, Jack must find a way to set him free. A great watch for the entire family.

Quote: “There are children throwing snowballs instead of throwing heads, they’re busy building toys and absolutely no one’s dead.”

11. “The Bishop’s Wife” (1947): A bishop praying for help in building a grand cathedral gets more than he bargained for when his wish is answered by an angel named Dudley (Cary Grant). As the bishop toils, Dudley’s interests turn toward the bishop’s wife (Loretta Young) and daughter in an attempt to remind the bishop of what his attention should be focused on.

Quote: “For some time now, every time I pass the cemetery, I feel as though I’m apartment hunting.”