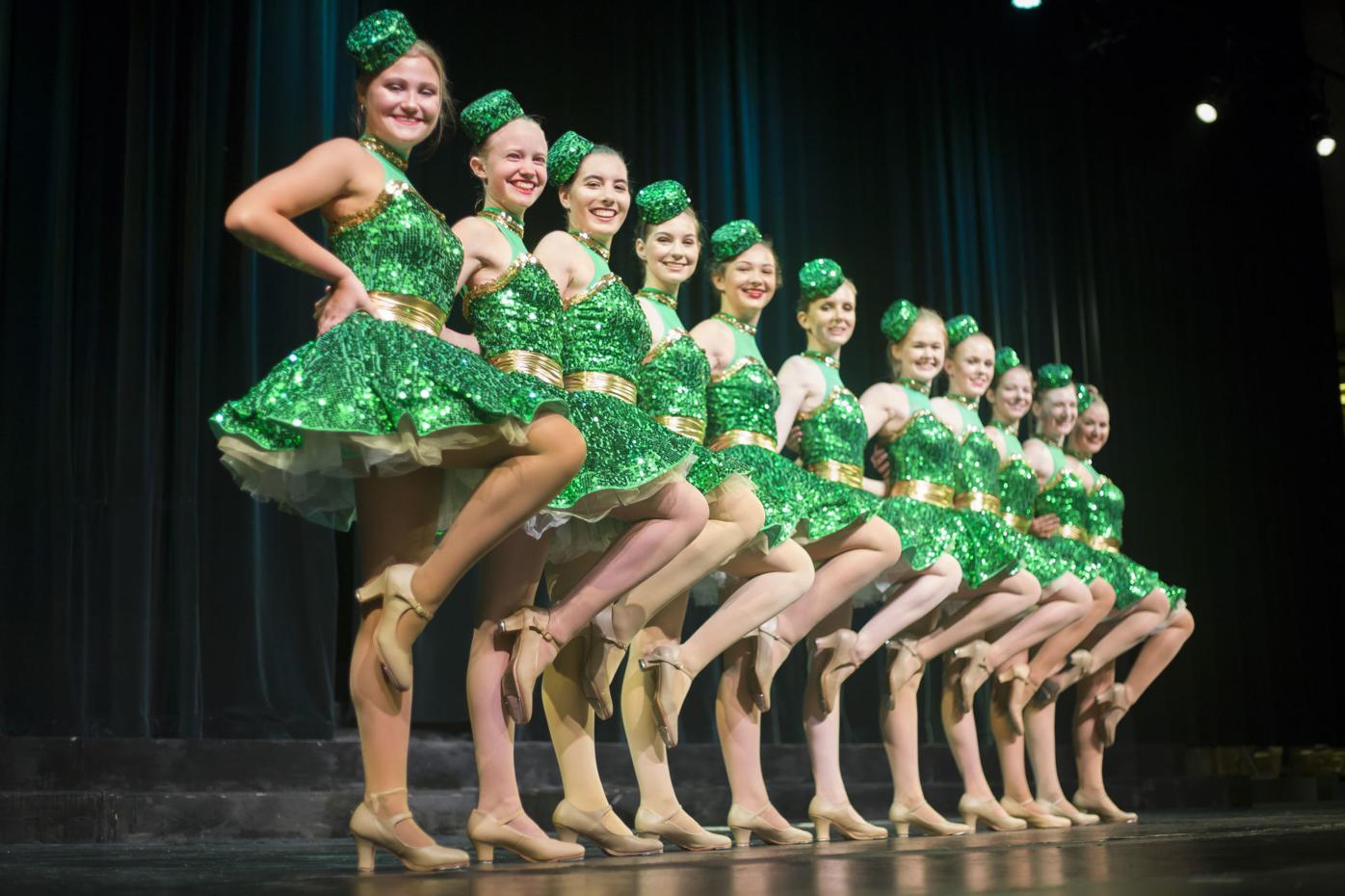 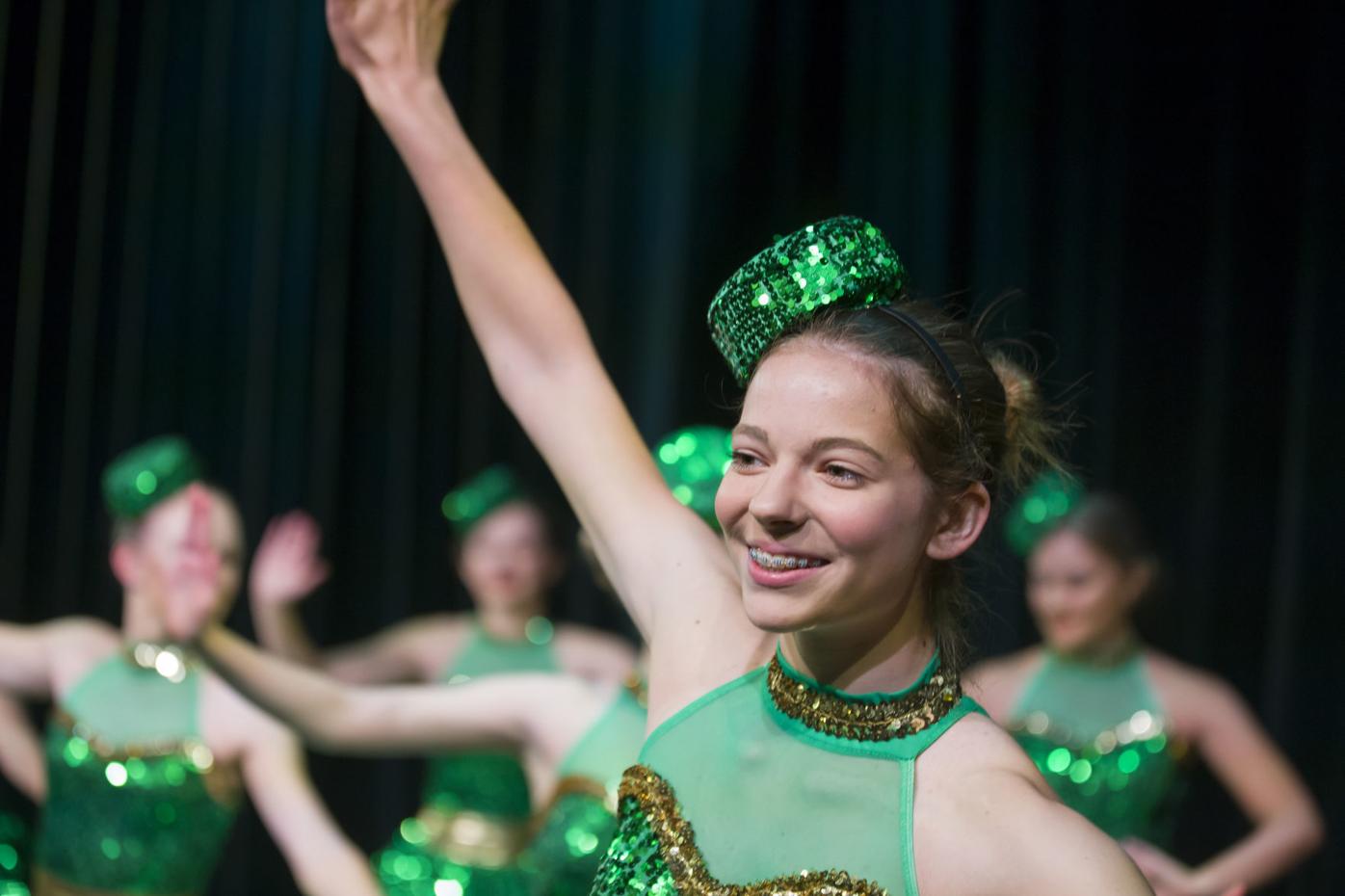 For the past few weeks, youth actors and actresses from several area school districts have been running, jumping, dancing and singing as they prepare for the Janesville School District summer school production of “42nd Street.” The musical extravaganza not only goes heavy on the glitz and glamour but also challenges performers with nearly a dozen high-energy dance numbers.

“People don’t realize you need to be an athlete to do this,” said Michael Stanek, who is choreographing the musical. “This is as much as being an athlete, if not more.”

Stanek understands the demands that come with “42nd Street.” Throughout 1996, he played lead in an American-language production of the musical that toured Europe.

“This was the show that, in my career, I am most proud of,” he said. Stanek admits he tends to be a perfectionist and is “maybe even more so” with this particular show.

“I have been wanting to do this, but we were waiting to have the right cast,” Stanek said. “You have to have the right talent because everybody has to be a triple threat—able to act, sing and dance. This year, we have the talent to pull it off.”

One of Broadways most recognized musicals, “42nd Street” follows the story of Peggy, a small-town actress who comes to New York City to audition for the show “Pretty Lady.” Initially spurned, she eventually earns a spot in the show’s chorus and later assumes the lead when the star is injured and unable to perform.

The play follows Peggy’s journey to stardom, incorporating some of Broadway’s best-known songs in the process. In addition to the title tune, the production features such standards as “Lullabye of Broadway,” “We’re in the Money” and “I Only Have Eyes for You.”

“I love all the dancing,” said Parker Rundquist, a Craig High School senior. “Last year, we got a taste of it with ‘Anything Goes’ and one tap number, but this year there are multiple (tap) numbers.

“Last year I was kind of learning, but now I’m one of the three main couples for tapping, so I’m getting more instruction on how to do it.”

Molly Skalecki, a senior at Parker, has been tap dancing for 10 years. She said she likes “42nd Street” because it’s a “happy show,” and she has enjoyed watching her castmates improve their dancing through the summer school program.

“I love watching all the people behind me grow while dancing,” she said. “I have a few friends who have never taken dance and are now really great dancers from doing these shows and learning from Michael. We’re very lucky to have him, especially for ‘42nd Street.’”

In addition to the dancing and singing, the show is known for its grandiose sets and glitzy costumes—both of which will be prevalent in the local production. The giant “42nd Street” sign specifically created for the show is not to be missed.

“There are sequins, sequins and more sequins,” said musical director Jan Knutson. “The costumes are going to brilliant and sparkling, and the dance numbers are just incredible.

“It’s just a fun show,” she added. “You’ll smile. They smile even while they’re rehearsing. It will lift your spirits, and I think it’s going to be a great summer show.”

Cost: All tickets are $15 except for opening night, when tickets are $12 each. Tickets are available in Janesville at Voigt Music Center, 34 S. Main St., and Knapton Musik Knotes, 2475 Milton Ave.; by calling 608-743-5591, and at the Parker High School box office on the days of performances.