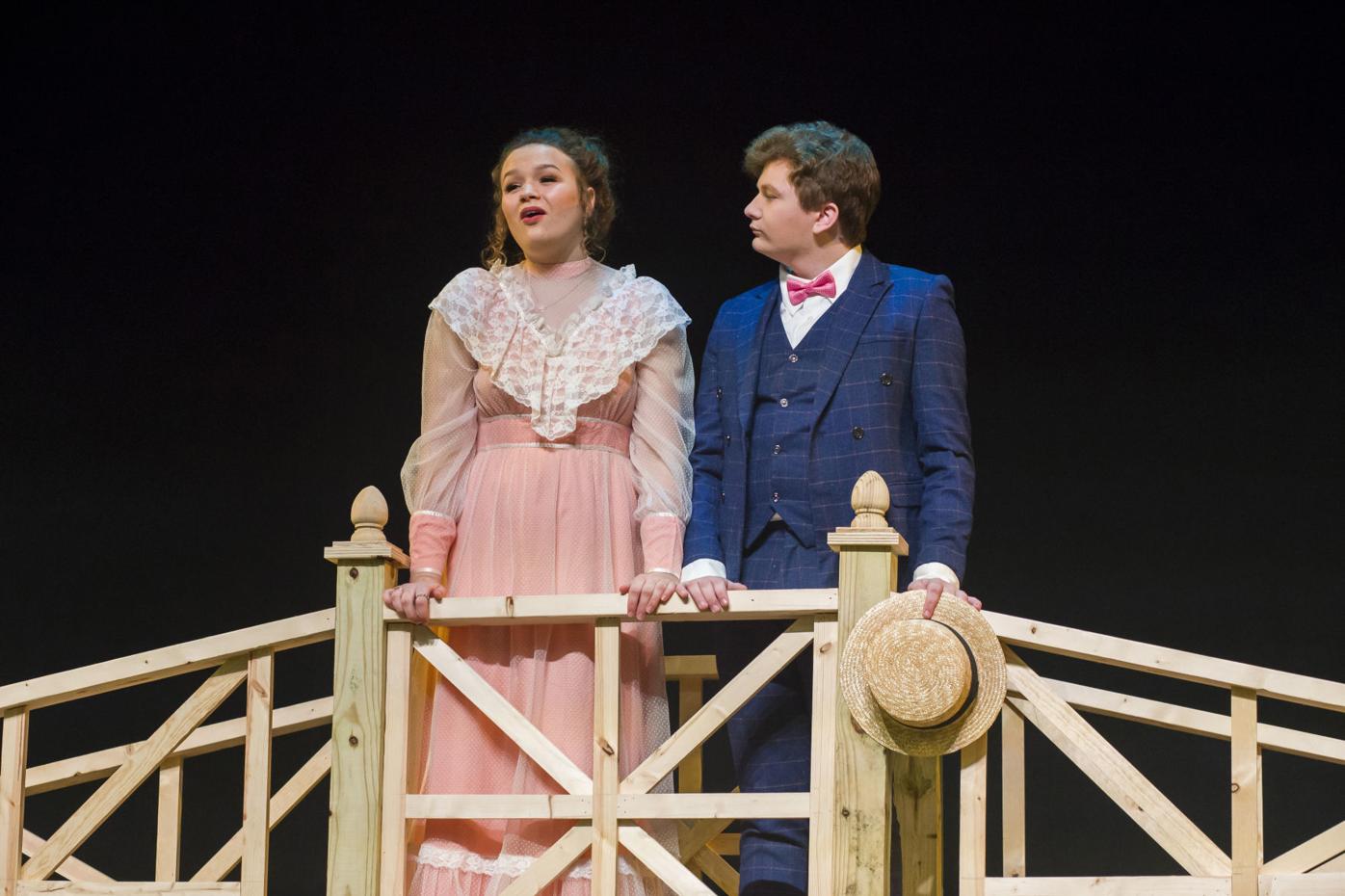 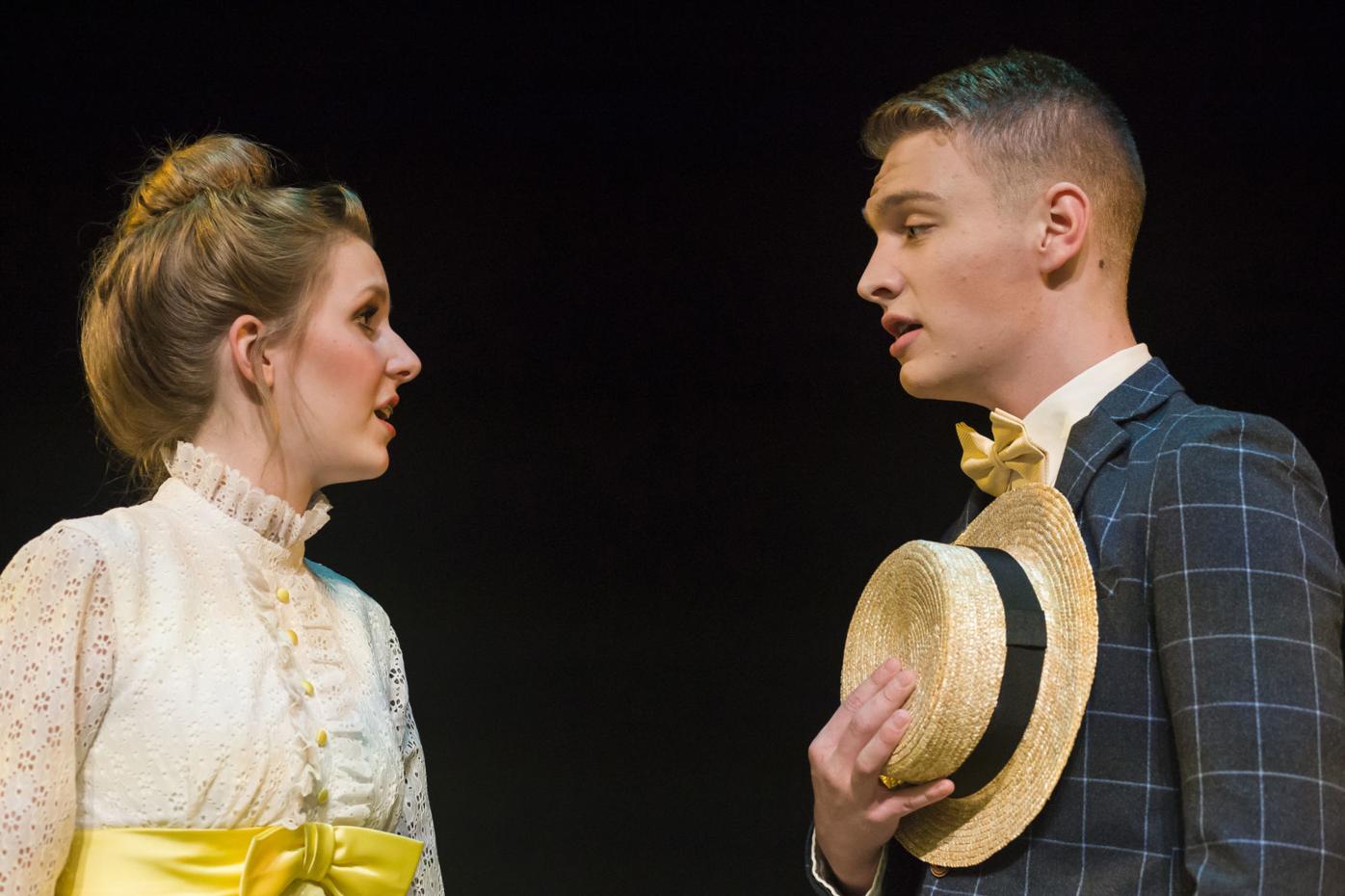 Parker's Faith Green and Craig's Parker Rundquist rehearse a scene from the two school's joint production of 'The Music Man.' 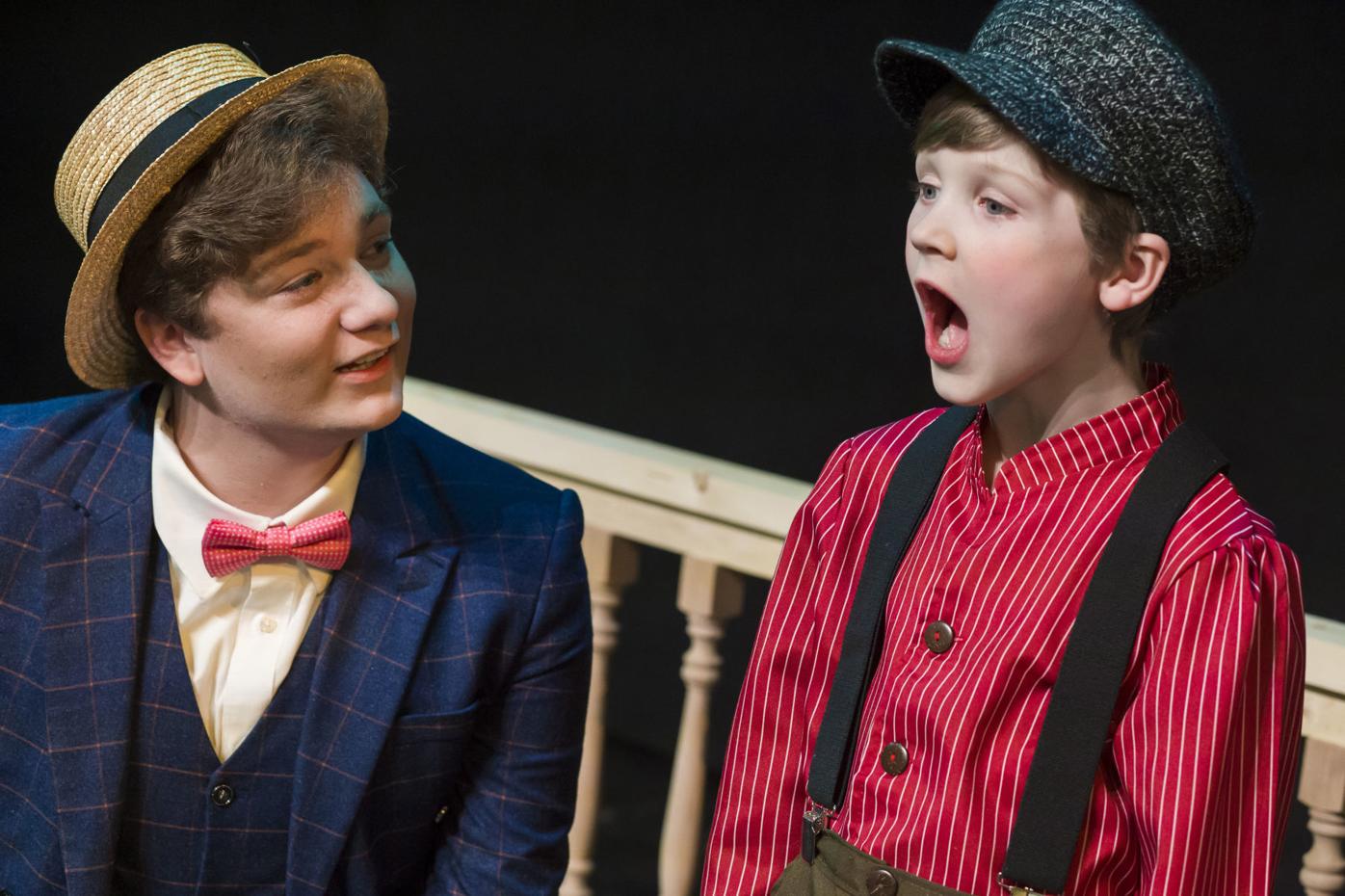 Sullivan Saliby, starring as Harold Hill, listens to Blaze Howard sing during rehearsal for the Craig and Parker high school joint production of ‘The Music Man.’

Parker's Faith Green and Craig's Parker Rundquist rehearse a scene from the two school's joint production of 'The Music Man.'

Sullivan Saliby, starring as Harold Hill, listens to Blaze Howard sing during rehearsal for the Craig and Parker high school joint production of ‘The Music Man.’

It would be easy to substitute “Bower City” for “River City,” but it appears the rest of the message behind one of “The Music Man’s” most recognized songs couldn’t be more wrong.

As actors from Craig and Parker high schools come together for their joint production of the classic musical, there have been no signs of “big trouble.”

“Parker and Craig are often shown to be rival schools that don’t get along well,” said Sullivan Saliby, a Parker senior cast as one of the show’s two Harold Hills. “But come out and see the show and see how well we work together. Everybody’s taking pictures together, and everybody’s happy. You’ll walk out feeling like you’re part of a community.”

That community will gather eight times across two weekends for Meredith Willson’s musical classic. All shows will be performed at Parker, and two shows will be presented each Saturday from Nov. 8-17.

“The Music Man” storyline centers on Hill, a traveling flim-flam man posing as a boys’ band organizer who sells instruments and uniforms to unsophisticated residents with the promise to train their kids. Though he has no plans to stay in town once he gets his money, Hill falls in love with local librarian and piano teacher Marian Paroo. In the end, he risks being found out when he stays in town to try and win her heart.

The play itself is an ideal vehicle for uniting the creative forces at the two schools, as it it calls for a large cast and ensemble. According to director Jim Tropp, students at both schools were more than ready to meet that challenge.

“For us to do (“The Music Man”) right, we needed both schools,” he said. “We have a cast of almost 60, and the talent level at both schools has been really good. I don’t know how many kids tried out, but there were quite a few we had to say ‘no’ to from both schools.”

Aside from summer school productions, “The Music Man” marks the first time since 2016 students from the two schools have blended their talents for a common cause. Tropp also directed the previous production, “West Side Story.”

Once again heading up Tropp’s leadership team are music director Jan Knutson and choreographer Michael Stanek. Joining the group this time around is Libby Fischer, the new choir director at Craig.

Fischer said the play has served as a positive launch point in her new position. Aside from the familiarity of being a native Iowan (where “Music Man’s” fictional River City is based), she has developed a strong relationship with Knutson, a fellow graduate of Luther College in Decorah, Iowa.

“It’s been really nice as a first-year teacher to have that sort of mentorship,” she said. “She (Knutson) has been the most amazing support system as I’ve had this transition, and she has helped me familiarize myself.”

Aside from Fischer’s addition and Tropp’s promise of video projections being integrated into the performance, the biggest challenge might be adding two shows to accommodate interest from families at both schools.

But the actors appear ready.

“It’s not easy to do that many shows,” Saliby admitted. “But between the two shows on Saturdays, we play games as a cast and work together to make it a family. It is hard work to do two shows (in one day), and it can be pretty brutal with costumes and such. But it’s not impossible. I actually enjoy doing eight shows.”

Because the cast has connected quickly, the actors expect the show to be reflective of their cohesion. Olivia Luster, a Craig senior cast to play one of two Marians, echoed Saliby’s assessment of how well students have collaborated.

“I have found some of my best friends at Parker,” she said. “I went to their homecoming, and I was in ‘42nd Street’ over the summer (the district’s summer school musical at Parker) and built some really strong relationships.

“I don’t feel there is any kind of divide,” she said. “We are just working together to put on an amazing production for the community and to make both schools proud.”

Cost: Opening night performance is $12. All other shows are $15. Advance tickets are available in Janesville at Knapton Music Knotes, 2475 Milton Ave., and Voigt Music Center, 34 S. Main St. Same-day tickets will be available at the Parker High School box office or by calling 608-743-5591.