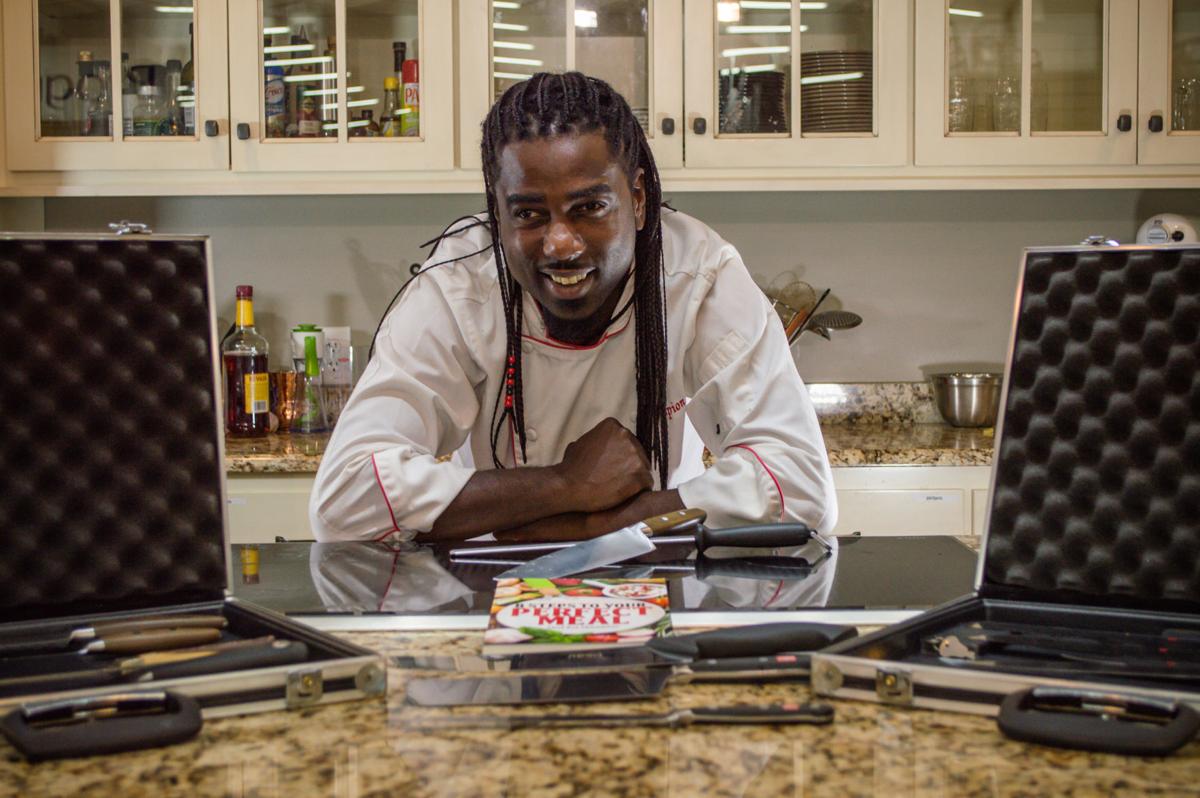 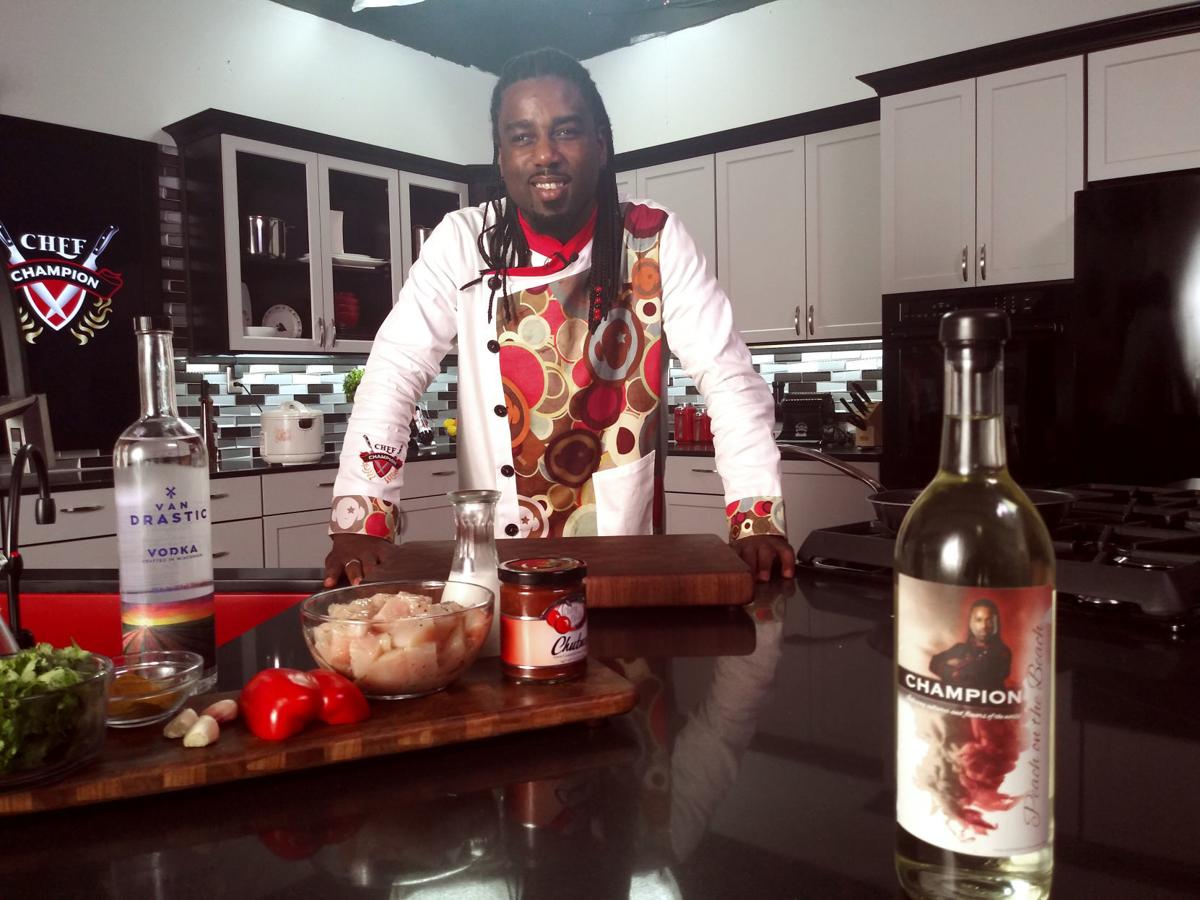 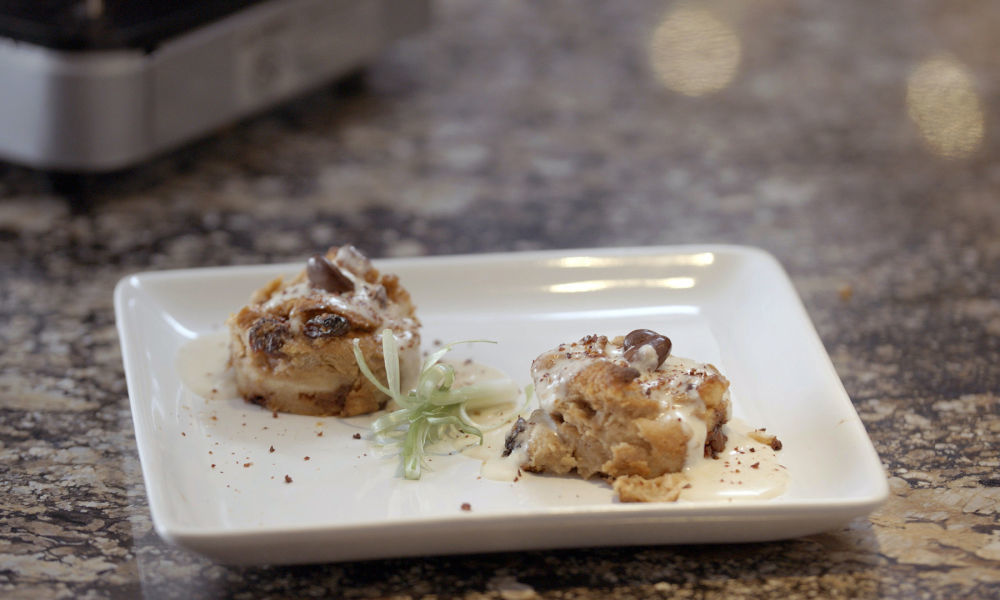 JANESVILLE—Have you ever been told you could burn water?

When it comes to kitchen skills, do yours begin and end with how well you do dishes?

Do members of your family know it’s dinner time when the smoke alarms go off?

If you answered “yes” to any of these, fear not. Chef Ace Champion is here to help.

Take your first step toward “Cooking Like A. Champion” by attending a special food demonstration Thursday, Oct. 10, at the Armory in Janesville. There you will learn the Green Bay-area “celebrity chef’s” key ingredients for culinary success: be prepared, be adventurous and don’t be easily discouraged.

“If you have never cooked before, you can’t walk into the kitchen and whip up magic. A lot goes into it,” said the 42-year-old Champion. “You need to do recipe research and look for multiple recipes. Don’t just take the first one you find and go into the kitchen. God forbid you get a bad recipe, because the dish turns out bad, and you think it’s you.”

In his experience, that happens often.

Champion blames reality TV cooking shows for giving amateurs the sense that being a great cook is nearly impossible. He combats this by formulating methods that fuse complex flavors into easy-to-prepare dishes.

“Regardless of your skills, you can cook what I cook,” he said.

During his Janesville stop, Champion will teach attendees how to cook dishes such as chicken and sausage wild rice, jambalaya, Bananas Foster and brown sugar-glazed rum carrots. He will also share his philosophy on cooking and provide motivation for keeping things positive in the kitchen.

Champion’s October appearance also doubles as a fundraiser for Delivering Bags of Hope—a local program that provides families in need with two weeks’ worth of groceries during the winter holiday season. The chef said he can relate to those who need help, and he knows firsthand what it means to stretch provisions.

“We grew up with not a lot of money, and I had to learn at a young age to be creative in the kitchen with a slice of bread and a baked potato,” he said.

Raised in north Louisiana, Champion’s introduction to food prep came while peeling and slicing vegetables in his mother’s kitchen. When he turned 18, he moved on to a job at a local truck stop.

“One of the chefs there had to make my food, but he wanted me to do it,” Champion said. “I said, ‘I could never do that,’ and he had me sit and watch him for 30 minutes. I was amazed at how one person could cook for a restaurant full of people. I was more obsessed with the adrenaline rush than actually cooking.”

Champion began experimenting with original versions of regional recipes and, at the encouragement of some fellow Southerners, he headed toward Titletown in 2003.

“I always knew I wanted to cook, and being a good Creole chef in Louisiana is like being a good cheesemaker in Wisconsin. They’re a dime a dozen,” he said. “I had friends that migrated to Green Bay, and it hit me that it was the perfect time to make a change and bring Cajun/Creole up here. Nobody was doing New Orleans-style cooking, so I became quite the commodity.”

While continuing to work on his recipe resume, Champion developed master cutlery skills during eight years as a meat cutter for Copps Food Center in Green Bay. Although he was initially ridiculed by classmates for his goal of becoming a celebrity chef, he graduated with honors from Fox Valley Technical College’s accelerated culinary course in Appleton.

Today, the charismatic Champion travels the country to offer food presentations and prepare private meals. He appears on his own TV show, ”Cook Like A. Champion,” on stations nationwide (including WISC-TV in Madison at 5 p.m. Sunday) and internationally, and his demonstrations are available online at The Food Channel. Bookings are taken at his own site.

Despite his success, Champion remains humble. He takes pride in knowing he has created a legion of confident cooks from the ranks of culinary amateurs.

“Your mindset is the most important element in the kitchen,” he said. “A lot of students go in negative, and they decide their food is not going to taste good or that they’re going to burn it.

“I want to make a difference. I try to encourage people to have a ‘can-do’ attitude, and that’s what sparks their passion to create something beautiful.”

Directions: Heat oven to 350 degrees F. Place the bread in a large bowl. Grease a 9x13-inch casserole dish with butter or cooking oil and set aside. In a small bowl add the raisins and rum. Allow to soak.

In a large bowl add the eggs and whisk well. Add heavy cream, whole milk, cherry juice, brown sugar, vanilla, cinnamon, nutmeg and the rum-soaked raisins and whisk to mix well, making sure all ingredients are bonded. Pour the mixture over the bread, and stir to combine. Allow the mixture to sit at room temperature for 10-15 minutes mixing every 5 minutes to make sure all liquid is absorbed.

Transfer the bread mixture to the greased baking casserole dish and bake until the center of the bread pudding is set, about 50 to 65 minutes. Remove from oven and allow carry over cooking, abut 20 more minutes.

Refrigerate the bread pudding for a few hours then cut and reheat at 300 degrees for about 10 minutes. You can serve warm or cold.

Prepare the cherry whiskey custard sauce while bread pudding is resting or being reheated.

Place corn starch and a little of the bourbon in a small mixing bowl and whisk to blend and make whiskey slurry. Set aside.

In a 1-quart saucepan set over medium heat, combine the cream, milk, vanilla, and sugar. Cook for about 3 minutes until the sauce is slightly thickened. Add in the reduced cherry juice and mix well.

What: Cooking demonstration with Chef Ace Champion, a fundraiser for Delivering Bags of Hope.

For more information or to register: Visit Gazettextra.com/bags.