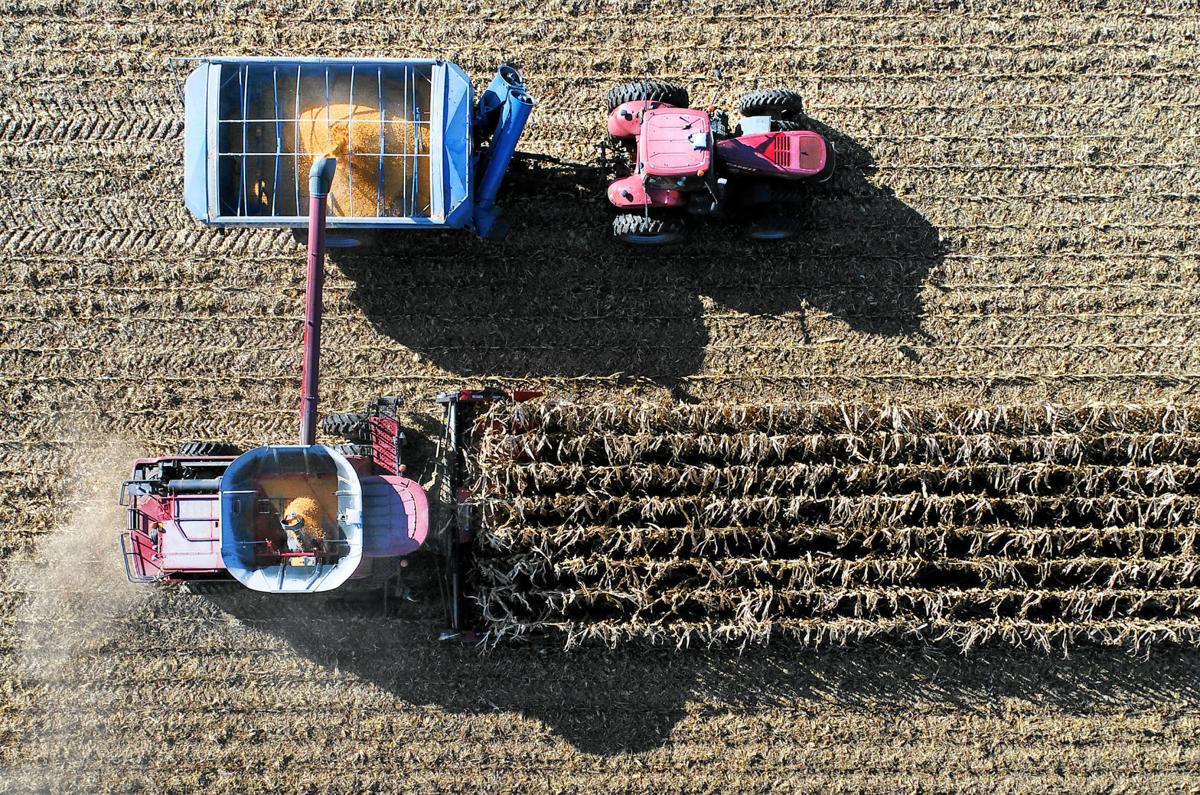 A combine harvests corn while transferring its load to a wagon in a field along West Russell Road northwest of Janesville. A group is bringing 'Tales of Our Farms,' a multimedia presentation about the Rock County farm industry, to the Janesville Performing Arts Center stage. 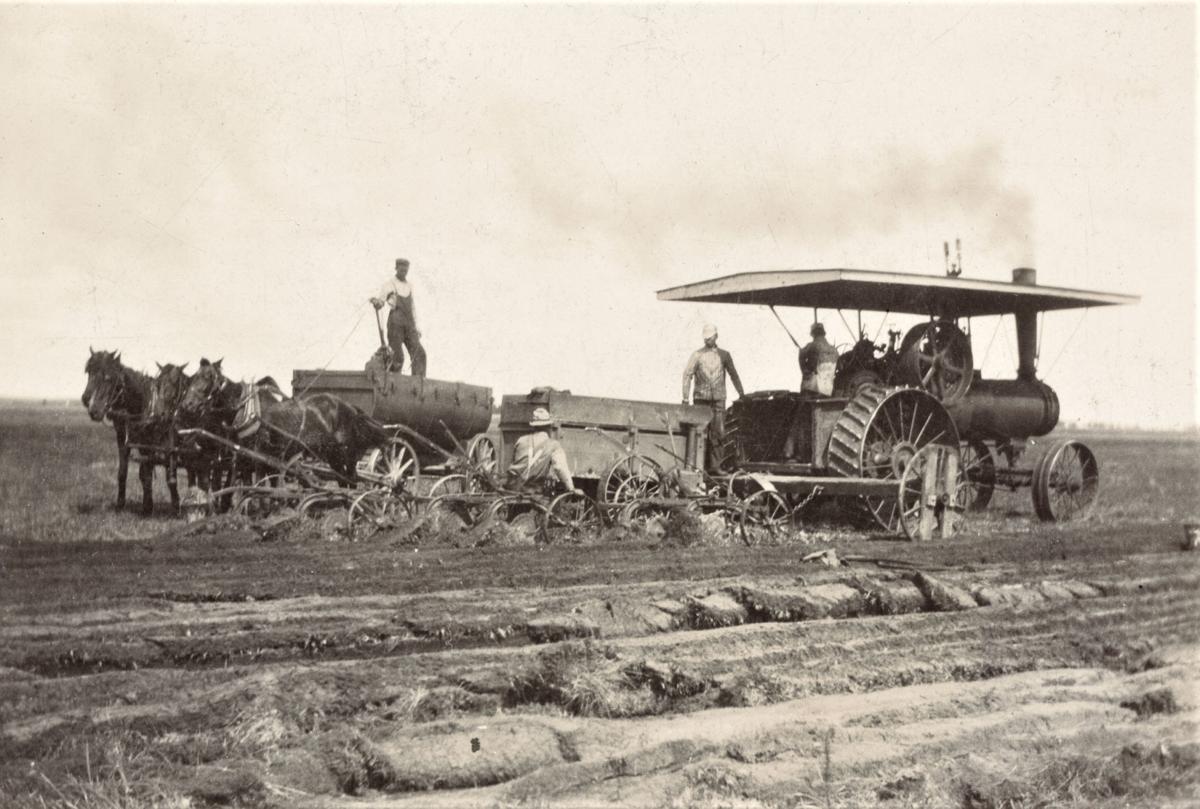 ‘Tales of Our Farms’ is a special multimedia production at the Janesville Performing Arts Center that celebrates what has long been an integral industry in Rock County’s history. 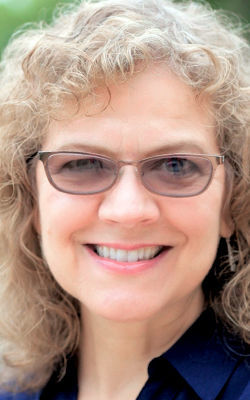 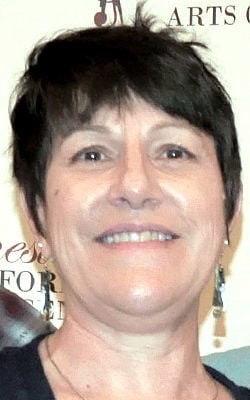 A combine harvests corn while transferring its load to a wagon in a field along West Russell Road northwest of Janesville. A group is bringing 'Tales of Our Farms,' a multimedia presentation about the Rock County farm industry, to the Janesville Performing Arts Center stage.

‘Tales of Our Farms’ is a special multimedia production at the Janesville Performing Arts Center that celebrates what has long been an integral industry in Rock County’s history.

JANESVILLE—Farmers have always been a key part of the local economy and society, and now they are part of local culture.

Or they will be when “Tales of our Farms” debuts Friday, Jan. 24, for a one-weekend-only show at the Janesville Performing Arts Center.

The show is not just a local theater production. It employs film, acting, photography, journalism, dance and songwriting to tell what farming means to Rock County.

“There’s a lot of talent in this town,” said Janesville musician and storyteller Teresa Nguyen, who wrote much of the show, including these lyrics:

“There was a little town/Named after Mr. Janes/The farmer took his wagon/On down to the Corn Exchange.”

Snippets from this and other songs are sprinkled through this article.

The show, “Tales of our Farms,” is the third in the “Tales of” series, and like the previous two years’ productions (Tales of Old Marshall and Tales of Downtown), it is about Janesville and by Janesville.

It is the product of many local actors, musicians and photographers, among other artists.

“It’s a huge collaboration. That’s what I love about it,” Nguyen said.

In two hours, the show touches on local farm history, the different ways people farm around here and the current farm crisis, with dairy farms, especially, disappearing at alarming rates.

Work, pain and struggle are part of the story, but so is humor in a short film called “The Chase,” which tells the story Nguyen and JATV videographer Alan Luckett heard while interviewing farmers.

“I can’t give too much away, but it’s funny,” Nguyen said.

Luckett and Nguyen spent many days on farms, starting last spring and continuing into the harvest.

“Some of these things you really don’t know about until you actually experience them,” Luckett said. “Sometimes we take for granted what the farmers produce for us.”

The storytellers also discovered a couple of love stories, including this one:

“I never knew how much/I would grow to love the farm/Yes, our life was fine/Because you were mine/In my arms.”

Nguyen said they heard the local farm economy has taken hits in the past year from the weather, international trade negotiations and low prices.

“What you’re fixin’ for dinner/Or buy in the store/It came from this place/From that farm and more.

“I was born in that house/My father before/It’s our heart and soul/Please don’t close that door.”

Nguyen said she tried not to be corny, hokey or poke fun at the farmers.

But the goal was to entertain. Nguyen calls the show “a fun documentary.”

Director Michelle Dennis calls it “readers theater,” presented in front of a screen where photos and video appear.

Dennis and Nguyen have collaborated in the previous “Tales of” shows.

“This year has been huge, especially Alan (Luckett) from JATV and Teresa, who have been interviewing and filming,” Dennis said. “We’ve had the luxury of having a year to put it all together, and with farming, that’s one of the things, the patience that it takes.”

Dennis’ goal: “To put it together on stage in a way that is simple and clean and interesting and eye-catching, and in a way that will engage our audience and let them walk out the door with a sense of ‘Wow.’”

It would be impossible to tell all the history and to show everything farmers produce in the area, but dairy, beef, pork, corn, soybeans and mint are featured. The artists managed brief mentions of pheasants and one of the newest crops, hemp.

Luckett captured video of planting and harvesting of several crops, including mint, a big crop in the town of La Prairie that few know a lot about.

Nguyen said she grew up in rural Iowa, and her father was in the ag business, but she learned during the interviews that she didn’t know as much as she thought.

“I’m sure what they showed me was just a drop in the bucket,” she said.

The songs are pre-recorded by local musicians, who perhaps should get a show of their own one of these years.

What: “Tales of our Farms,” a locally written and produced dramatic, musical, multimedia production. Presented by the Hendricks Family Foundation and sponsored by the The Scharine Group-Dairy & Livestock Division.