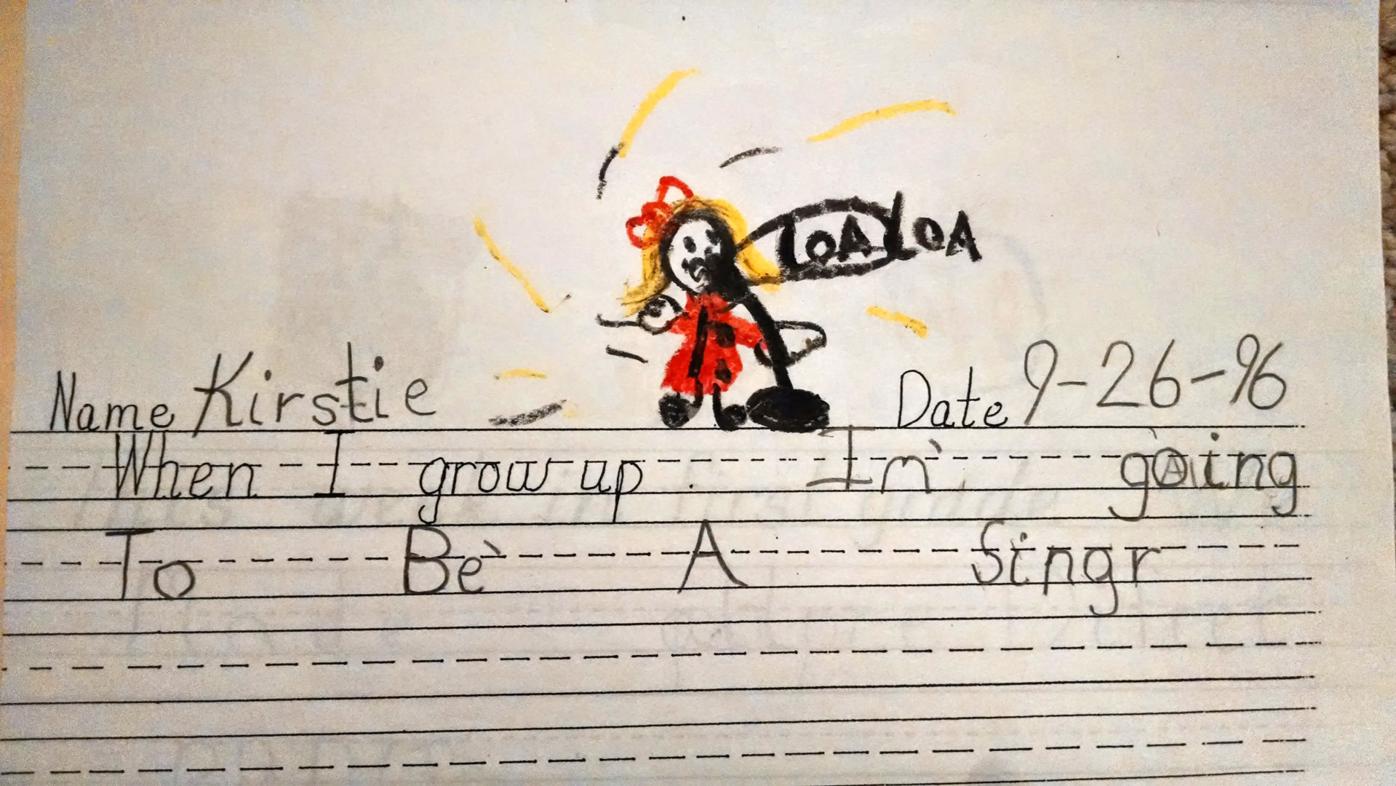 For as long as she can remember, Kirstie Kraus has had a pretty good idea of where her life would take her.

An early lover of music, she “officially” declared her career intentions as part of a homework assignment doled out when she was 6 years old. By 12 she was writing music, and by 15 she was playing guitar.

Kraus must have known something before everyone else, as the Janesville native is geared up to release her first studio album, the 11-song “Yes You Can,” digitally in 2021.

The former frontwoman for the popular Midwest band Thirsty Jones, Kraus spent her first 14 years in Janesville before departing. She headed north to De Pere, where she graduated from high school in 2008. She later attended Edgewood College in Madison to study business marketing and sales—two skills crucial to her chosen path as an independent musician.

These days, Kraus is working hard and preparing for stardom in Nashville, where she has traded shows at Madison’s Brat Fest for sets at the famous Bluebird Cafe.

“Thirsty,” the first single from her upcoming album, was released in mid-November, following previous singles such as “Delusional,” “Gotta Do” and “Silver.” Prior singles from Kraus have topped the charts on both She Wolf Radio and Radio Sobro, and previous accolades have included recognition in Madison Magazine’s “Best of Madison” annual rankings and music videos appearing on The Country Network and the California Music Channel.

To learn more about Kraus, check her out on all social media platforms by searching the handle @kirstiekraus. To buy her music or to purchase other merchandise, visit KirstieKraus.com.

If you’re involved in the arts and entertainment community and think you or someone you know would be a great subject for 20Q, send an email to kicks Editor Greg Little at glittle@gazettextra.com.

1. When did you first decide you wanted to be a professional singer? I never really decided; music chose me. I did declare I wanted to be singer on paper when I was 6 for a homework assignment.

2. If you weren’t a professional singer, what would you most likely be doing with your life? I feel like I would be a yoga instructor and a publicist or event coordinator ... something in the music industry, for sure.

3. Describe your first experience performing in Nashville. I was 15 and loved every second of it. I was singing a few original songs I co-wrote with my first mentor in Nashville at a few hot spots in town.

4. You had a successful run as a popular Midwest regional act with Thirsty Jones. What made you decide to take the next step in your career? I had planned on moving to Nashville way before the band. I was waiting for the right time. It was suggested to me to stay in Wisconsin and work the circuit to build a fan base before I moved, so I did. During that time, I traveled back and forth writing songs and gearing up to make my debut record.

5. What singers would you say have had the greatest influences on you as a performer? Gloria Estefan, Amy Grant, LeAnn Rimes and Martina McBride. My writing style and how I phrase things is hugely based on a combo of these women. Also, the way I sing and come up with melodies, I feel like you can tell and hear how they shaped me.

6. People would be surprised to find out that I: Am a huge fan of making weird food combinations and am the queen of cooking up “mush,” aka a “what’s in the fridge”-type of meal.

7. Who is your favorite Muppet? I loved Mrs. Piggy growing up. I loved her because she was such a diva and in a funny, lovable way.

8. Name a song that you could go the rest of your life without ever hearing again. “Call Me Maybe” (by Carly Rae Jepsen). I think it is THE definition of bubble-gum pop.

9. If you could perform with any artist or group, who would it be, and why? I would love to do a “CMT (Country Music Television) Crossroads” performance with Nick Jonas. He’s a great performer on stage. He’s naturally talented, and the ladies love him.

10. What is the photo on your cellphone lock screen right now? What’s the story behind it? It’s a picture of the mountains when I was on a hike in Colorado last year in October. It was something I always wanted to do, and then I did. So the photo is calming and inspiring to me at the same time.

11. Share one of your most interesting or embarrassing moments on stage. One time while performing, I had my eyes closed and swung my head hard and hit my tooth hard on the mic. It was embarrassing, and it hurt.

12. Share the best piece of advice you have been given either on life, love or music. Go after what you want. If you don’t ask or try, you won’t ever know. Also, there is no dumb question. Don’t be afraid to ask.

13. Do you enjoy making the videos for your music, or would you rather just be up on stage performing? I really enjoy acting and putting myself right in the moment. It is a totally different focus than performing on stage, but part of this business is there is so much variety, and I love that aspect of it.

14. You’re a proud Wisconsin girl. Nashville might have great music, but what do we have up here that Music City just can’t touch? The “Sconnie” culture. The camaraderie around football, brats, beer cheese soup, summer concert series, saying “yeah, no yeah” (I love that one) and my family.

15. At the grocery store, what item always goes in your cart whether you need it or not? Almond milk. It lasts a long time, and I use it in coffee, smoothies and cereal. I also use it to coat my throat if I need to.

16. How have your songs and musical style evolved over the past five years? What have you learned about yourself? I have learned to listen to myself more and to explore the music I feel is my sound. My sound has evolved from cookie-cutter ‘90s country to more outside-the-box Sheryl Crow vibes.

17. Do you enjoy writing music, or does it drive you crazy? I love writing music. I have been writing songs since I was 12, and in Nashville since I was 15. I love tapping into a space where you let your creative juices flow and you listen to your gut. Then you sit back and get to see and hear what you came up with.

18. What is the single greatest food in the history of mankind? Chili. I love chili. You can make it in all different ways, and it still is comforting to me and brings me to a happy place. For sure, a Sconnie girl answer right there!

19. What word do you always struggle to spell correctly? Explain. Lots of words. I have looked up five words since I started answering these questions. I’ve never been the best speller, hence my 6-year-old answer in the homework assignment.

20. Is your glass half-full or half-empty? My glass is half-full. I am also taking into account the good things I have and counting my blessings. It’s not every day where you get to wholeheartedly chase your dreams.

Editor’s Note: Kicks presents 20Q, a feature that introduces readers to people involved in the area’s arts and entertainment community. Compiled by kicks Editor Greg Little, each piece will include a short bio, photo and answers to questions that provide insight into not only that person’s artistic interests but also his or her unique personality.