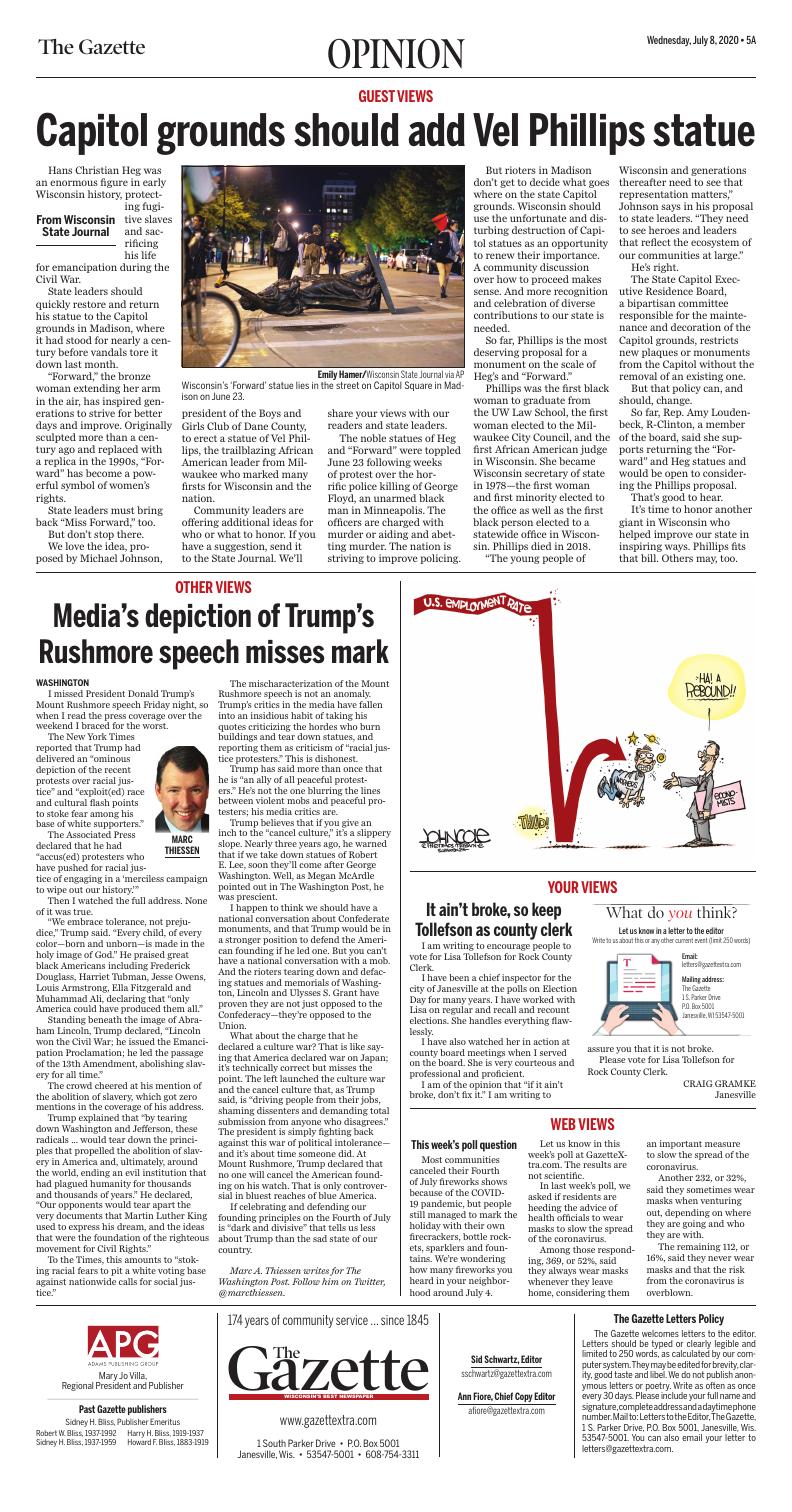 Hans Christian Heg was an enormous figure in early Wisconsin history, protecting fugitive slaves and sacrificing his life for emancipation during the Civil War.

State leaders should quickly restore and return his statue to the Capitol grounds in Madison, where it had stood for nearly a century before vandals tore it down last month.

“Forward,” the bronze woman extending her arm in the air, has inspired generations to strive for better days and improve. Originally sculpted more than a century ago and replaced with a replica in the 1990s, “Forward” has become a powerful symbol of women’s rights.

State leaders must bring back “Miss Forward,” too.

But don’t stop there.

We love the idea, proposed by Michael Johnson, president of the Boys and Girls Club of Dane County, to erect a statue of Vel Phillips, the trailblazing African American leader from Milwaukee who marked many firsts for Wisconsin and the nation.

Community leaders are offering additional ideas for who or what to honor. If you have a suggestion, send it to the State Journal. We’ll share your views with our readers and state leaders.

The noble statues of Heg and “Forward” were toppled June 23 following weeks of protest over the horrific police killing of George Floyd, an unarmed black man in Minneapolis. The officers are charged with murder or aiding and abetting murder. The nation is striving to improve policing.

But rioters in Madison don’t get to decide what goes where on the state Capitol grounds. Wisconsin should use the unfortunate and disturbing destruction of Capitol statues as an opportunity to renew their importance. A community discussion over how to proceed makes sense. And more recognition and celebration of diverse contributions to our state is needed.

So far, Phillips is the most deserving proposal for a monument on the scale of Heg’s and “Forward.”

“The young people of Wisconsin and generations thereafter need to see that representation matters,” Johnson says in his proposal to state leaders. “They need to see heroes and leaders that reflect the ecosystem of our communities at large.”

The State Capitol Executive Residence Board, a bipartisan committee responsible for the maintenance and decoration of the Capitol grounds, restricts new plaques or monuments from the Capitol without the removal of an existing one.

So far, Rep. Amy Loudenbeck, R-Clinton, a member of the board, said she supports returning the “Forward” and Heg statues and would be open to considering the Phillips proposal.

It’s time to honor another giant in Wisconsin who helped improve our state in inspiring ways. Phillips fits that bill. Others may, too. 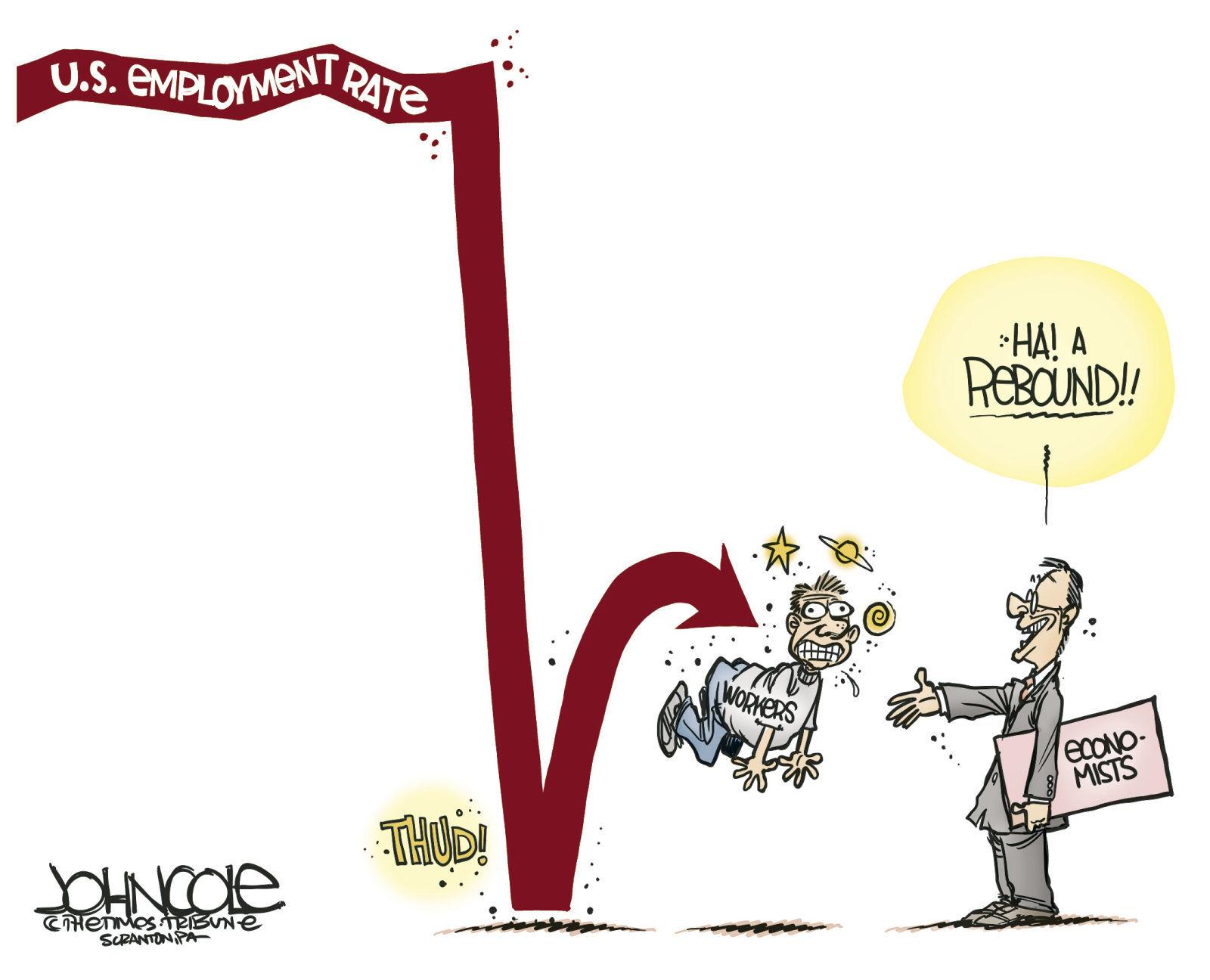 Most communities canceled their Fourth of July fireworks shows because of the COVID-19 pandemic, but people still managed to mark the holiday with their own firecrackers, bottle rockets, sparklers and fountains. We’re wondering how many fireworks you heard in your neighborhood around July 4.

Let us know in this week’s poll at GazetteXtra.com. The results are not scientific.

In last week’s poll, we asked if residents are heeding the advice of health officials to wear masks to slow the spread of the coronavirus.

Among those responding, 369, or 52%, said they always wear masks whenever they leave home, considering them an important measure to slow the spread of the coronavirus.

Another 232, or 32%, said they sometimes wear masks when venturing out, depending on where they are going and who they are with.

The remaining 112, or 16%, said they never wear masks and that the risk from the coronavirus is overblown.

I am writing to encourage people to vote for Lisa Tollefson for Rock County Clerk.

I have been a chief inspector for the city of Janesville at the polls on Election Day for many years. I have worked with Lisa on regular and recall and recount elections. She handles everything flawlessly.

I have also watched her in action at county board meetings when I served on the board. She is very courteous and professional and proficient.

I am of the opinion that "if it ain't broke, don't fix it." I am writing to assure you that it is not broke. 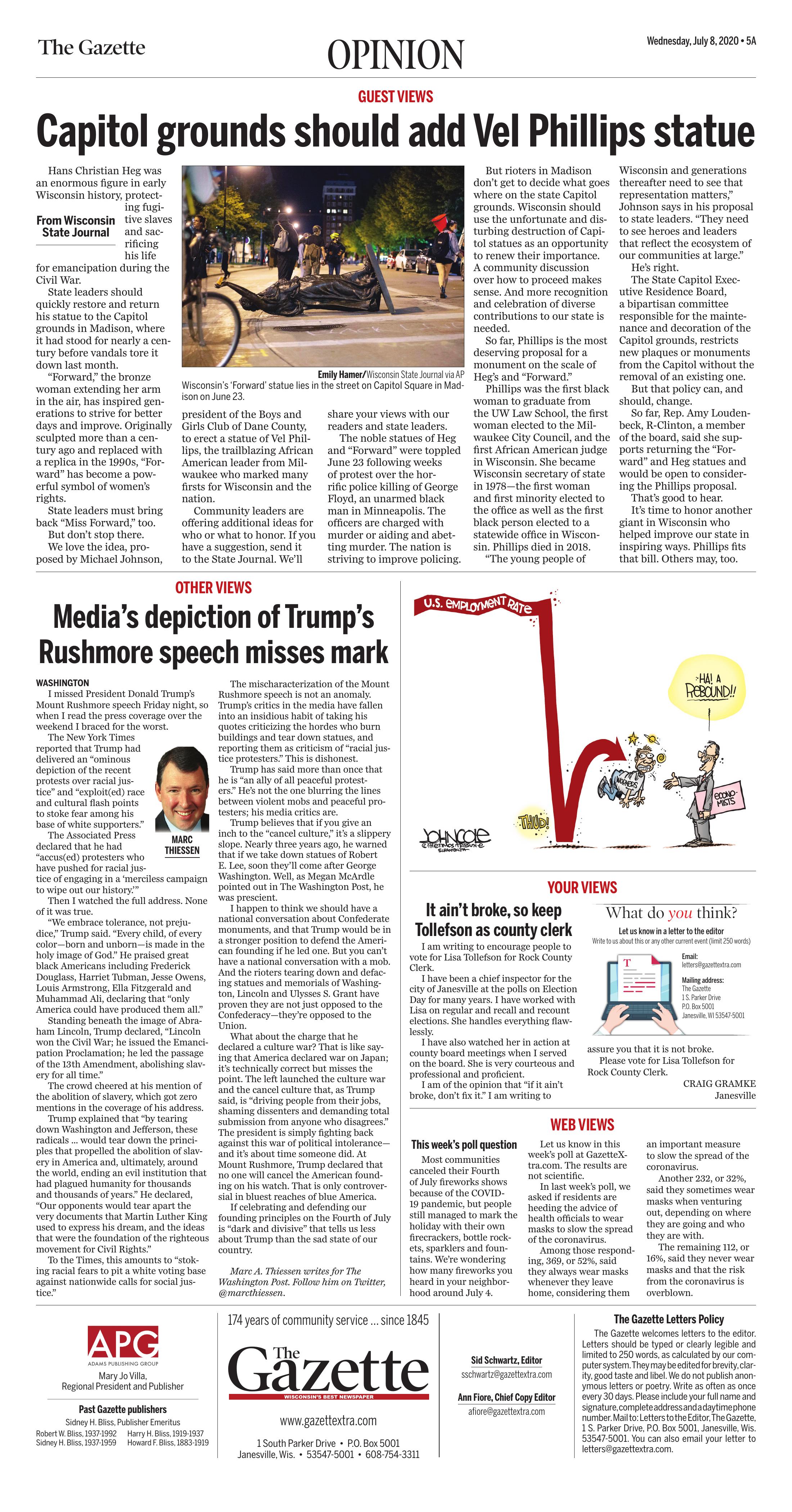