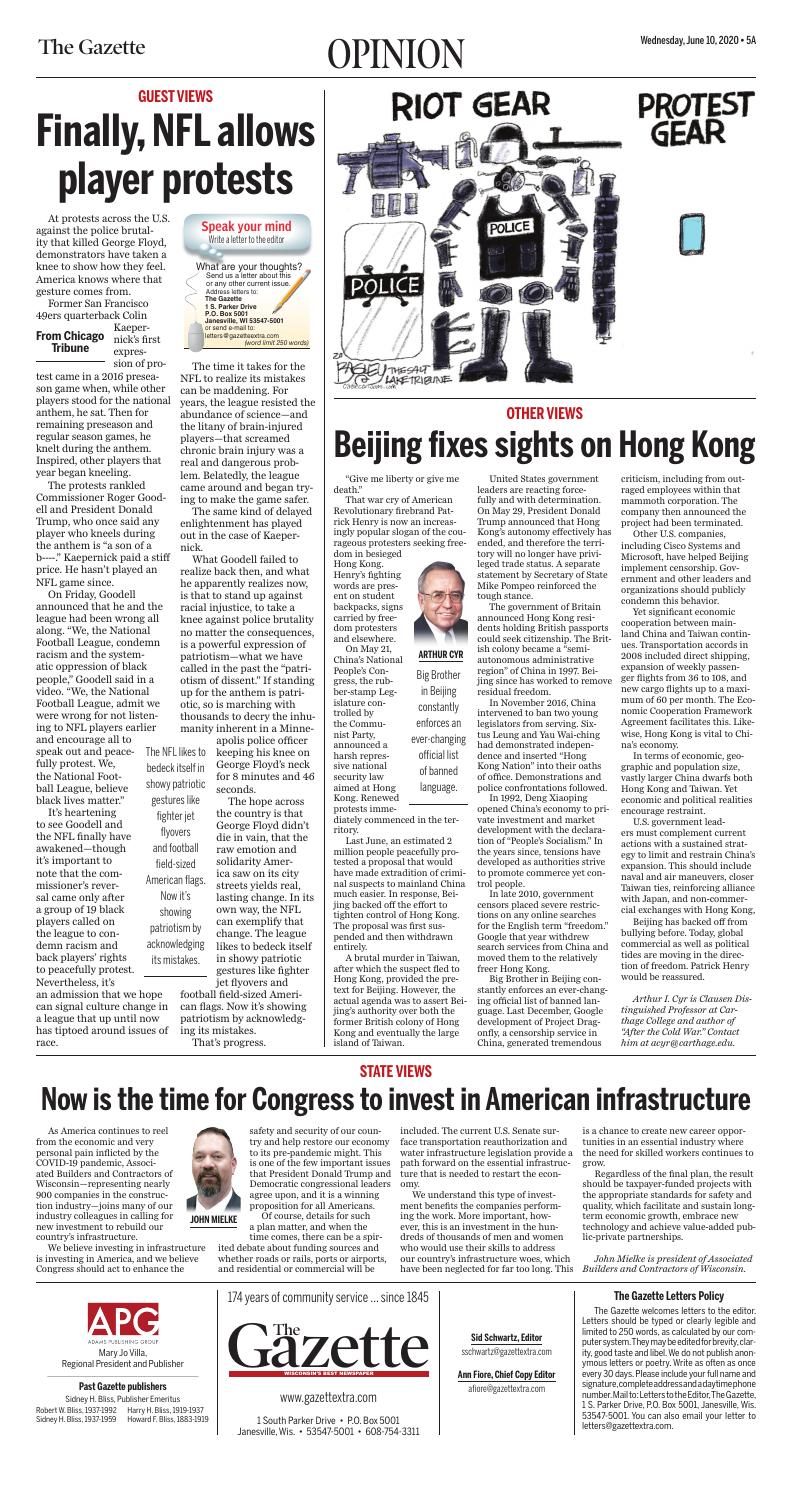 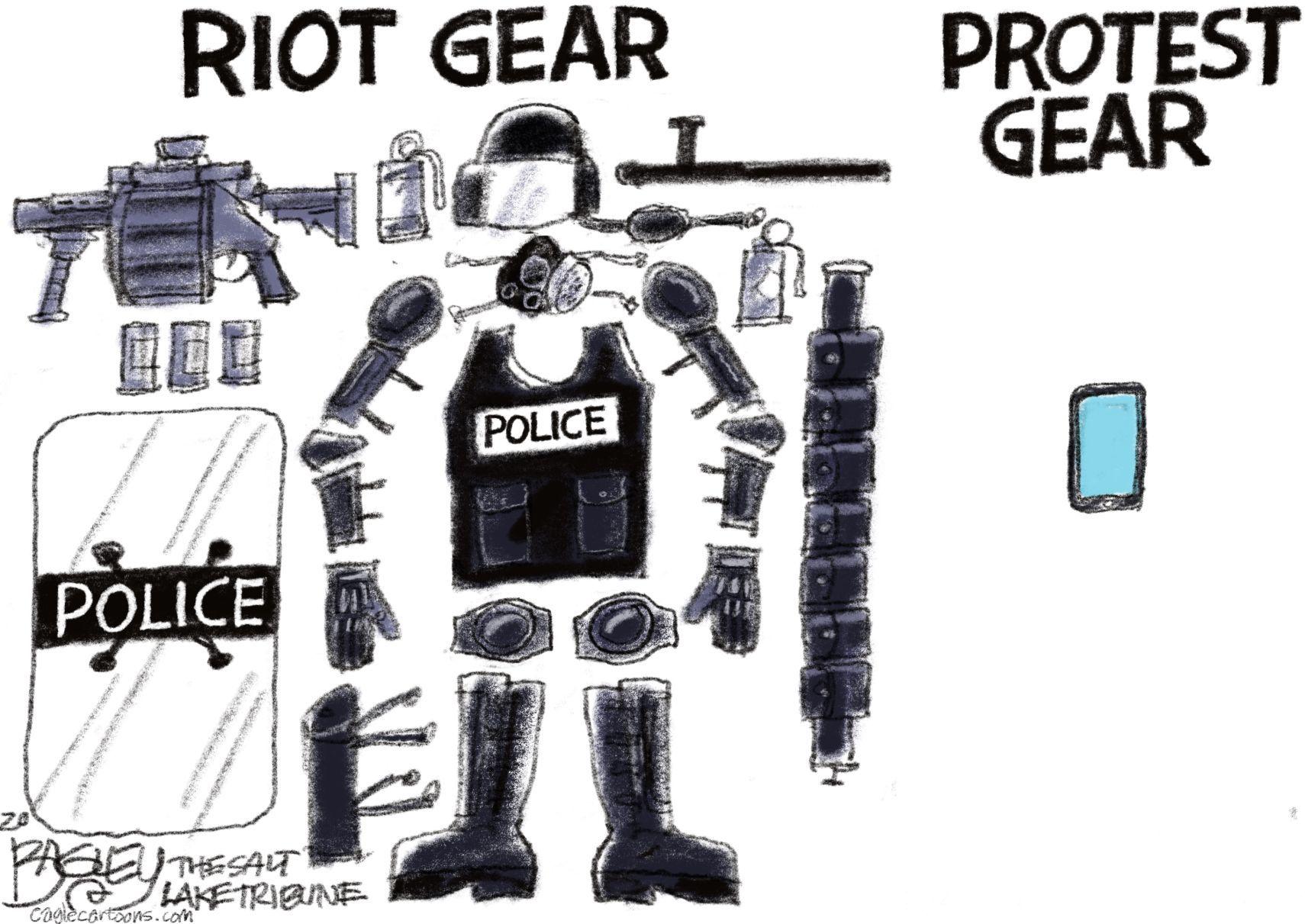 “Give me liberty or give me death.”

Last June, an estimated 2 million people peacefully protested a proposal that would have made extradition of criminal suspects to mainland China much easier. In response, Beijing backed off the effort to tighten control of Hong Kong. The proposal was first suspended and then withdrawn entirely.

A brutal murder in Taiwan, after which the suspect fled to Hong Kong, provided the pretext for Beijing. However, the actual agenda was to assert Beijing’s authority over both the former British colony of Hong Kong and eventually the large island of Taiwan.

United States government leaders are reacting forcefully and with determination. On May 29, President Donald Trump announced that Hong Kong’s autonomy effectively has ended, and therefore the territory will no longer have privileged trade status. A separate statement by Secretary of State Mike Pompeo reinforced the tough stance.

The government of Britain announced Hong Kong residents holding British passports could seek citizenship. The British colony became a “semiautonomous administrative region” of China in 1997. Beijing since has worked to remove residual freedom.

In 1992, Deng Xiaoping opened China’s economy to private investment and market development with the declaration of “People’s Socialism.” In the years since, tensions have developed as authorities strive to promote commerce yet control people.

In late 2010, government censors placed severe restrictions on any online searches for the English term “freedom.” Google that year withdrew search services from China and moved them to the relatively freer Hong Kong.

Big Brother in Beijing constantly enforces an ever-changing official list of banned language. Last December, Google development of Project Dragonfly, a censorship service in China, generated tremendous criticism, including from outraged employees within that mammoth corporation. The company then announced the project had been terminated.

Other U.S. companies, including Cisco Systems and Microsoft, have helped Beijing implement censorship. Government and other leaders and organizations should publicly condemn this behavior.

Yet significant economic cooperation between mainland China and Taiwan continues. Transportation accords in 2008 included direct shipping, expansion of weekly passenger flights from 36 to 108, and new cargo flights up to a maximum of 60 per month. The Economic Cooperation Framework Agreement facilitates this. Likewise, Hong Kong is vital to China’s economy.

U.S. government leaders must complement current actions with a sustained strategy to limit and restrain China’s expansion. This should include naval and air maneuvers, closer Taiwan ties, reinforcing alliance with Japan, and non-commercial exchanges with Hong Kong,

Beijing has backed off from bullying before. Today, global commercial as well as political tides are moving in the direction of freedom. Patrick Henry would be reassured.

Other_views
Other Views: Invest in infrastructure for security and economy

As America continues to reel from the economic and very personal pain inflicted by the COVID-19 pandemic, Associated Builders and Contractors of Wisconsin—representing nearly 900 companies in the construction industry—joins many of our industry colleagues in calling for new investment to rebuild our country’s infrastructure.

We believe investing in infrastructure is investing in America, and we believe Congress should act to enhance the safety and security of our country and help restore our economy to its pre-pandemic might. This is one of the few important issues that President Donald Trump and Democratic congressional leaders agree upon, and it is a winning proposition for all Americans.

Of course, details for such a plan matter, and when the time comes, there can be a spirited debate about funding sources and whether roads or rails, ports or airports, and residential or commercial will be included. The current U.S. Senate surface transportation reauthorization and water infrastructure legislation provide a path forward on the essential infrastructure that is needed to restart the economy.

We understand this type of investment benefits the companies performing the work. More important, however, this is an investment in the hundreds of thousands of men and women who would use their skills to address our country’s infrastructure woes, which have been neglected for far too long. This is a chance to create new career opportunities in an essential industry where the need for skilled workers continues to grow.

Regardless of the final plan, the result should be taxpayer-funded projects with the appropriate standards for safety and quality, which facilitate and sustain long-term economic growth, embrace new technology and achieve value-added public-private partnerships.

At protests across the U.S. against the police brutality that killed George Floyd, demonstrators have taken a knee to show how they feel. America knows where that gesture comes from.

Former San Francisco 49ers quarterback Colin Kaepernick’s first expression of protest came in a 2016 preseason game when, while other players stood for the national anthem, he sat. Then for remaining preseason and regular season games, he knelt during the anthem. Inspired, other players that year began kneeling.

The protests rankled Commissioner Roger Goodell and President Donald Trump, who once said any player who kneels during the anthem is “a son of a

b----.” Kaepernick paid a stiff price. He hasn’t played an NFL game since.

It’s heartening to see Goodell and the NFL finally have awakened—though it’s important to note that the commissioner’s reversal came only after a group of 19 black players called on the league to condemn racism and back players’ rights to peacefully protest. Nevertheless, it’s an admission that we hope can signal culture change in a league that up until now has tiptoed around issues of race.

The time it takes for the NFL to realize its mistakes can be maddening. For years, the league resisted the abundance of science—and the litany of brain-injured players—that screamed chronic brain injury was a real and dangerous problem. Belatedly, the league came around and began trying to make the game safer.

The same kind of delayed enlightenment has played out in the case of Kaepernick.

What Goodell failed to realize back then, and what he apparently realizes now, is that to stand up against racial injustice, to take a knee against police brutality no matter the consequences, is a powerful expression of patriotism—what we have called in the past the “patriotism of dissent.” If standing up for the anthem is patriotic, so is marching with thousands to decry the inhumanity inherent in a Minneapolis police officer keeping his knee on George Floyd’s neck for 8 minutes and 46 seconds.

The hope across the country is that George Floyd didn’t die in vain, that the raw emotion and solidarity America saw on its city streets yields real, lasting change. In its own way, the NFL can exemplify that change. The league likes to bedeck itself in showy patriotic gestures like fighter jet flyovers and football field-sized American flags. Now it’s showing patriotism by acknowledging its mistakes. 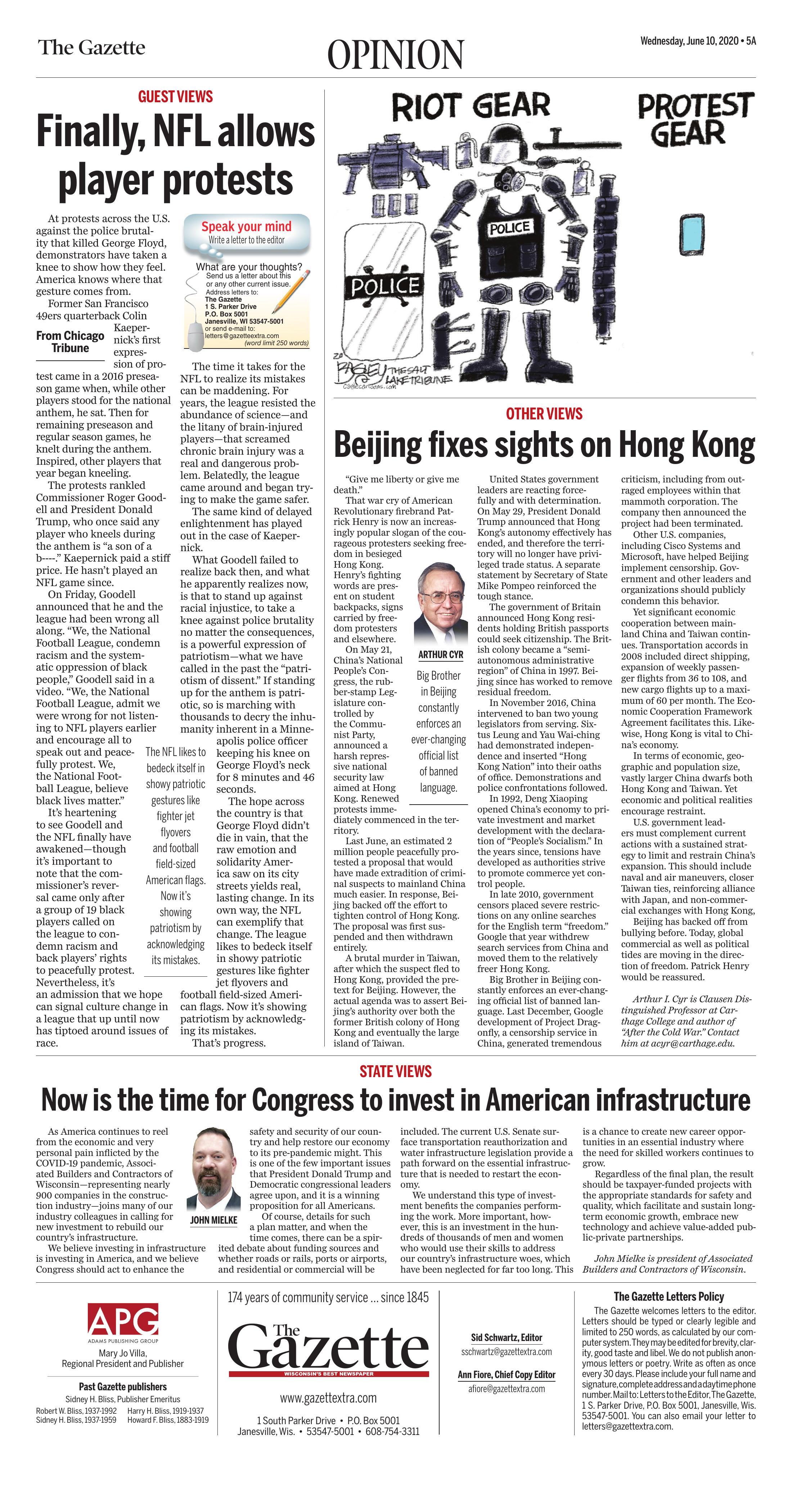