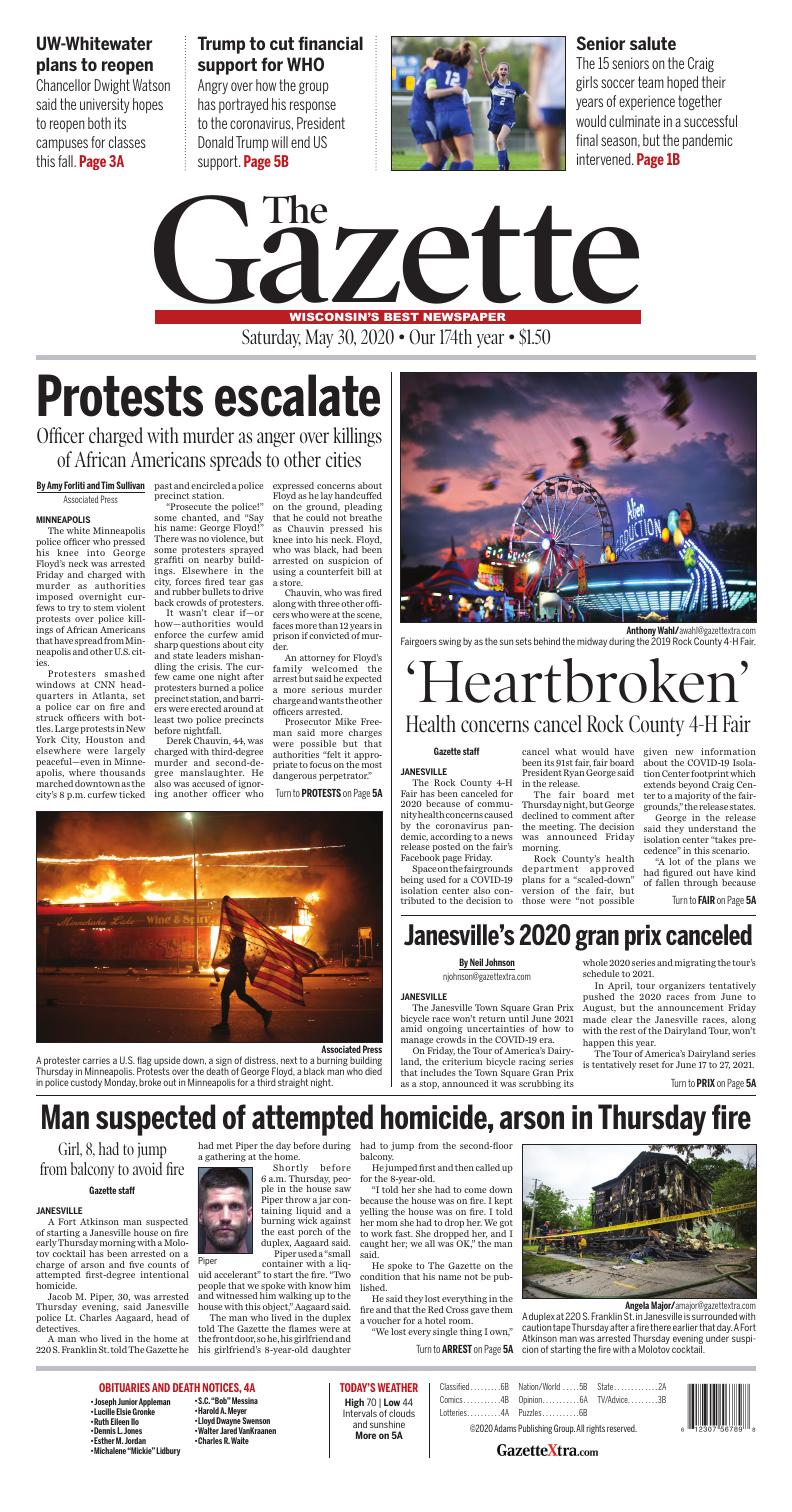 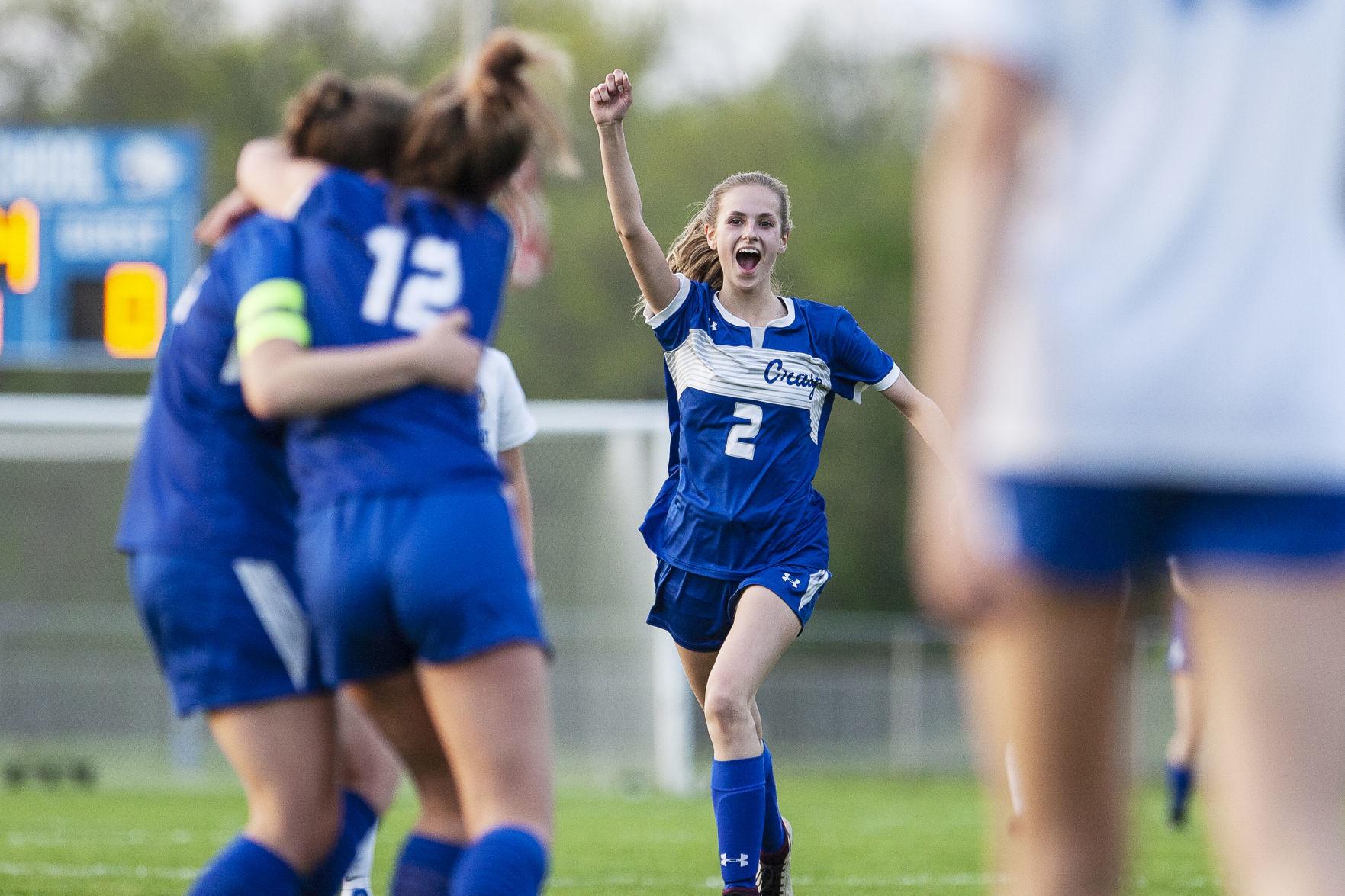 Janesville Craig’s Gracie Weston, center, runs over to celebrate with teammates Greta Hanthorn, far left, and Hannah Loertscher after Loertscher scored in the first half of a Big Eight Conference match against Madison West on Tuesday, May 14, 2019, at Craig High.

A home at 220 S. Franklin St. in Janesville is surrounded by caution tape Friday after a fire the previous day. A Fort Atkinson man was arrested Thursday evening on suspicion of starting the fire with a Molotov cocktail.

A home at 220 S. Franklin St. in Janesville is surrounded with caution tape on Friday after a fire the previous day. A Fort Atkinson man was arrested Thursday evening under suspicion of starting the fire with a Molotov cocktail.

A Thursday morning fire damaged a duplex at 220 S. Franklin St. Police consider the fire to be suspicious.

Neighbor Jo Ann Koltyk said she woke to a boom at about 5:45 a.m. Thursday and saw flames at 220. S. Franklin St. No injuries were reported from the fire.

A Fort Atkinson man suspected of starting a Janesville house on fire early Thursday morning with a Molotov cocktail has been arrested on a charge of arson and five counts of attempted first-degree intentional homicide.

A man who lived in the home at 220 S. Franklin St. told The Gazette he had met Piper the day before during a gathering at the home.

Shortly before 6 a.m. Thursday, people in the house saw Piper throw a jar containing liquid and a burning wick against the east porch of the duplex, Aagaard said.

Piper used a “small container with a liquid accelerant” to start the fire. “Two people that we spoke with know him and witnessed him walking up to the house with this object,” Aagaard said.

The man who lived in the duplex told The Gazette the flames were at the front door, so he, his girlfriend and his girlfriend’s 8-year-old daughter had to jump from the second-floor balcony.

He jumped first and then called up for the 8-year-old.

He spoke to The Gazette on the condition that his name not be published.

He said they lost everything in the fire and that the Red Cross gave them a voucher for a hotel room.

“We lost every single thing I own,” he said. “I’m just happy we’re all out of there with our lives and everybody was happy, I mean OK, and I’m happy for that.

“Everything that I lost, it was some valuables, but it can be replaced except the memories, you know?”

They had lived in the apartment for about three months.

Firefighters were dispatched at 5:47 a.m. Thursday. Damage to the building and contents is estimated at $150,000, and the building is considered a total loss.

Five people—two in one unit and three in another—all safely evacuated the building.

Aagaard said some of the people who lived in the house know Piper, but the motive for the arson is not clear.

The Red Cross is assisting three people from the duplex, and the others are staying with family, according to a fire department news release.

When asked why police believe five counts of attempted first-degree intentional homicide are appropriate, Aagaard said: “We’re looking at five people inside a structure, and you throw a lit object at what would be the most common point of egress, and there’s people inside, you would expect that because of the time of day there would be people inside. So we’ll see how it ends up being charged.”

Piper was being held at the Rock County Jail pending his initial court appearance.

Police consider a Thursday morning fire that caused $150,000 in damage to a duplex at 220 S. Franklin St. to be suspicious.

Fairgoers swing by as the sun sets behind the midway during the 2019 Rock County 4-H Fair.

The Rock County 4-H Fair has been canceled for 2020 because of community health concerns caused by the coronavirus pandemic, according to a news release posted on the fair’s Facebook page Friday.

Space on the fairgrounds being used for a COVID-19 isolation center also contributed to the decision to cancel what would have been its 91st fair, fair board President Ryan George said in the release.

The fair board met Thursday night, but George declined to comment after the meeting. The decision was announced Friday morning.

Rock County’s health department approved plans for a “scaled-down” version of the fair, but those were “not possible given new information about the COVID-19 Isolation Center footprint which extends beyond Craig Center to a majority of the fairgrounds,” the release states.

George in the release said they understand the isolation center “takes precedence” in this scenario.

“A lot of the plans we had figured out have kind of fallen through because we don’t have the space now,” George said in an earlier interview with The Gazette.

Under normal circumstances, the fair brings in thousands of youth exhibitors, families, local businesses and nonprofit groups, according to the release.

That won’t happen this year.

“We are heartbroken,” the release states. “These people are what makes the Rock County 4-H Fair special and, with them in mind, we exhausted every option to hold the fair in 2020.”

In Walworth County, Larry Gaffey, fairgrounds general manager, said earlier in May that—while “things change every day”—they were still hoping and planning to hold their fair Sept. 2-7 in full.

They are planning for other scenarios, too, he added.

George in the Rock County release said fair officials are looking forward to “brighter, better days ahead” when they can celebrate again.

“Until then, stay safe, be well and support each other,” the release states. “We’ll miss you.”

Bicyclists make a turn during the Janesville Town Square Gran Prix in 2019.

The Janesville Town Square Gran Prix bicycle race won’t return until June 2021 amid ongoing uncertainties of how to manage crowds in the COVID-19 era.

On Friday, the Tour of America’s Dairyland, the criterium bicycle racing series that includes the Town Square Gran Prix as a stop, announced it was scrubbing its whole 2020 series and migrating the tour’s schedule to 2021.

In April, tour organizers tentatively pushed the 2020 races from June to August, but the announcement Friday made clear the Janesville races, along with the rest of the Dairyland Tour, won’t happen this year.

The Tour of America’s Dairyland series is tentatively reset for June 17 to 27, 2021.

Under the plan, the Town Square Gran Prix would next roll in downtown Janesville on Tuesday, June 22, 2021, local race organizer Paul Murphy said.

Cyclists who registered online early will be offered a refund or a credit toward next year’s race, tour officials said.

Murphy said local organizers and the tour’s organizers had been grappling for weeks with how to manage a set of bike races that would draw crowds of at least 1,000 people and, in Janesville, hundreds of racers downtown during continuing COVID-19 pandemic.

Murphy said the city has been supportive of the idea of rescheduled races in August, but he said new state guidelines or mandates could emerge later this summer that might make large crowd gatherings difficult to manage.

Meanwhile, the tour was getting guidance from a major circuit and professional bicycle racing consortium about new guidelines for sanitation and crowd management.

In past years, the races have drawn hundreds of spectators to the Town Square Gran Prix’s closed loop race course. This year, the course was slated along Court Street near the riverfront.

Murphy said one recommendation from the pro bicycling circuit was to have volunteers clean portable toilets before and after each use.

“Probably our biggest focus is maintaining safety for this event. When you started getting down to these types of details, it got to the point it was clear it wasn’t going to be a fun event,” Murphy said.

“The intent of the program is to bring an event to the downtown and create a fun atmosphere. And it wasn’t going to be that way,” Murphy said.

Murphy said organizers of the individual stops in the tour also were grappling with what to ask of private sponsors who have donated to the races’ purse in the past.

“We said, ‘Boy, do we want to ask our financial supporters at a time like this to give away money to bike race primes when there might be more of an important need here in the community?’” Murphy said. “Maybe the money that would go toward the purse for racers could better go toward helping people put food on the table or pay for their rent.” 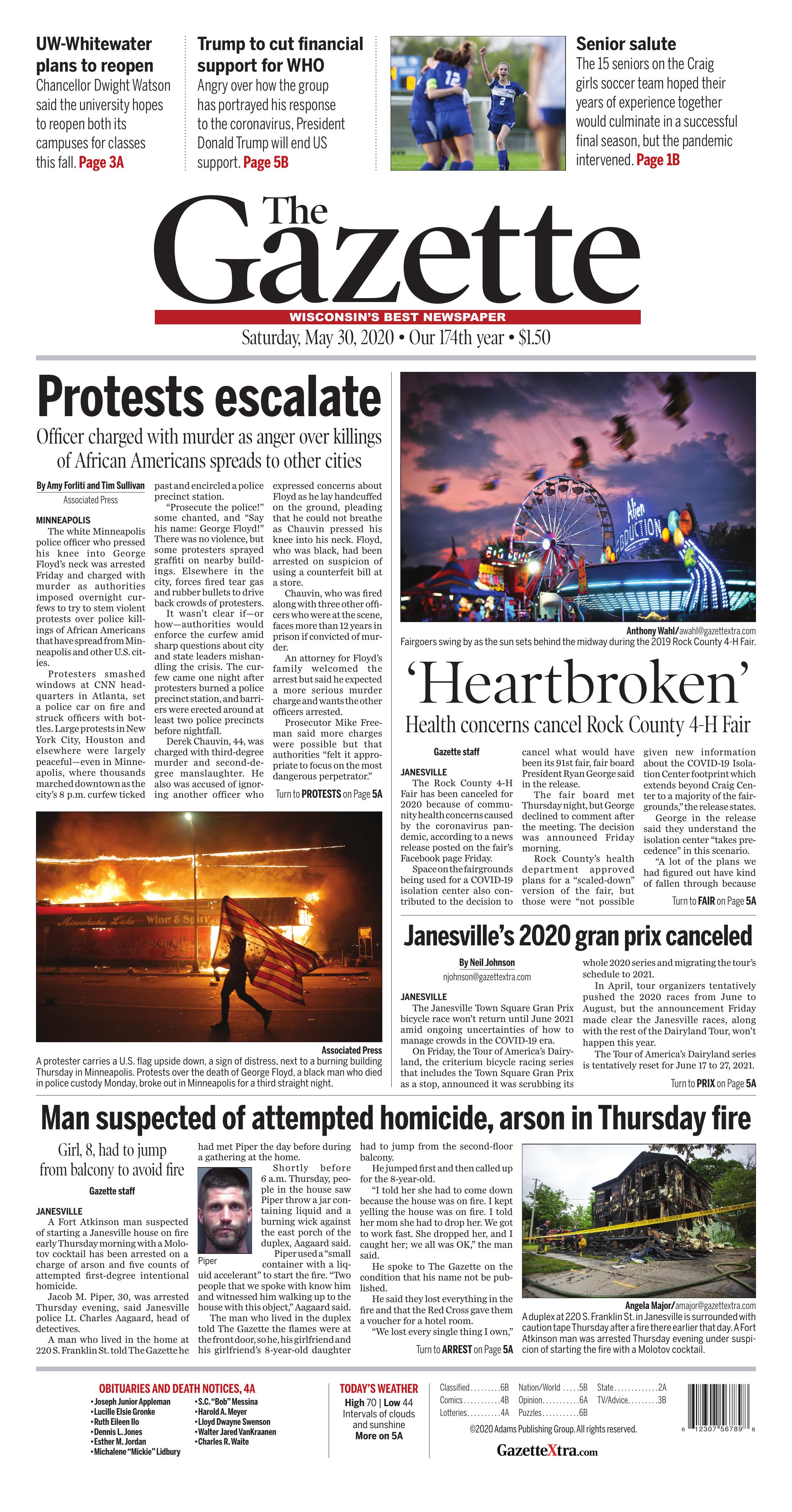