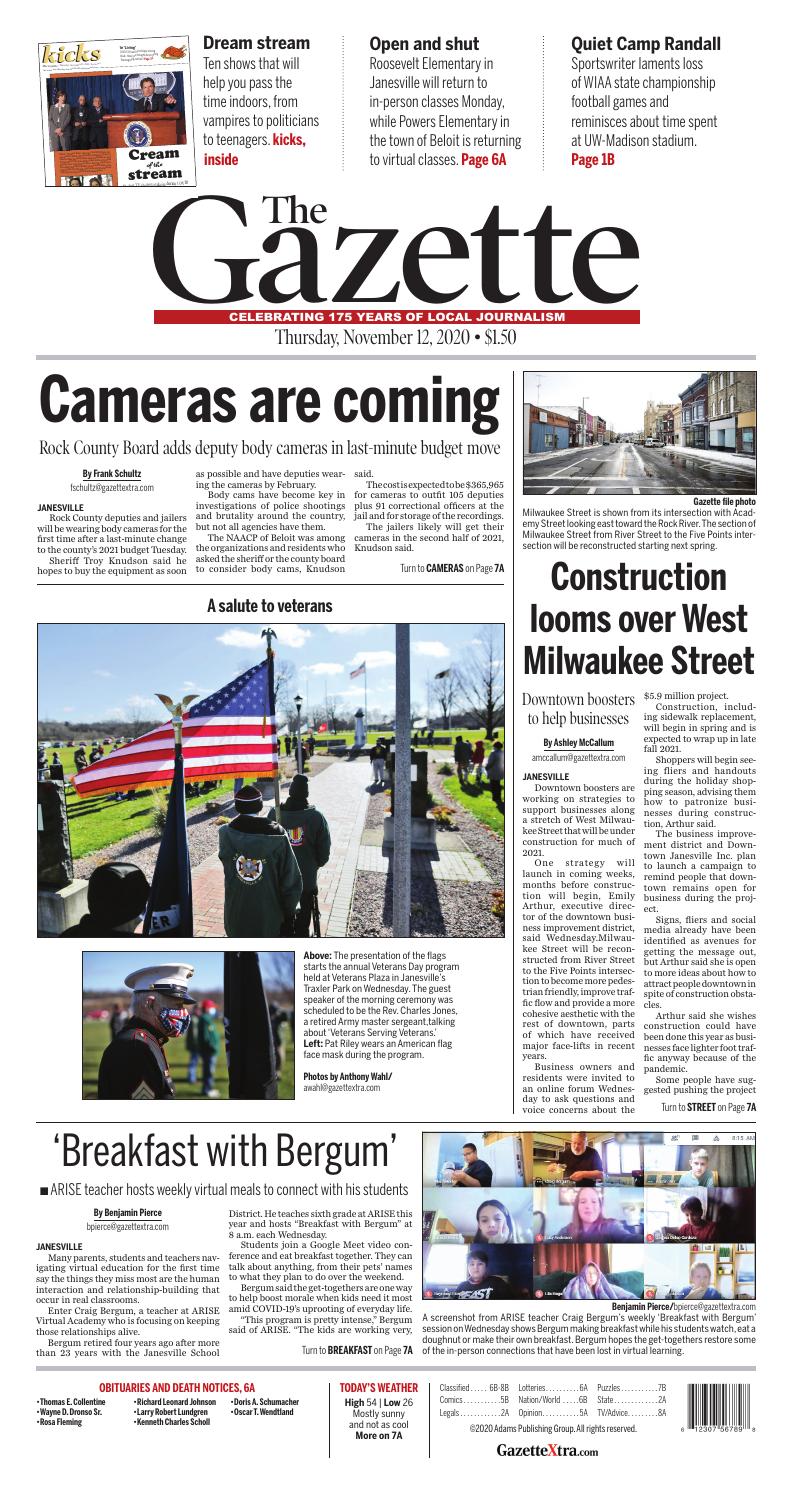 Rock County deputies and jailers will be wearing body cameras for the first time after a last-minute change to the county’s 2021 budget Tuesday.

Sheriff Troy Knudson said he hopes to buy the equipment as soon as possible and have deputies wearing the cameras by February.

Body cams have become key in investigations of police shootings and brutality around the country, but not all agencies have them.

The NAACP of Beloit was among the organizations and residents who asked the sheriff or the county board to consider body cams, Knudson said.

The cost is expected to be $365,965 for cameras to outfit 105 deputies plus 91 correctional officers at the jail and for storage of the recordings.

The jailers likely will get their cameras in the second half of 2021, Knudson said.

Another $89,016 is earmarked for an analyst who will oversee the recordings, maintaining the ones needed for evidence and editing public records requests, Knudson said.

The county board unanimously approved the budget change when approving the $212 million 2021 budget Tuesday night.

Mary Beaver, chairwoman of the board’s public safety and justice committee, worked with Knudson on the budget change.

Beaver said the recordings could protect the county from lawsuits, and it could make deputies safer because people often change their behavior when they know they are being recorded.

Racial justice advocates say body cameras can show misconduct by officers, leading to justice for families of victims and improvements in law enforcement.

Beaver said board members Rick Richard and Doug Wilde were leaders on the issue.

Richard said the cameras will improve evidence collection and transparency and can resolve disputes about what happened in an incident.

“I have great respect for the work Rock County deputies do, and in my opinion, in this time of ‘defund the police,’ body camera evidence could be used to ‘defend our police,’” Richard said in an email.

Wilde noted that Kenosha police didn’t have body cameras, so there was no police recording of the Aug. 23 incident in which police shot and wounded Jacob Blake, 29, which could have blunted the outrage.

“Instead, you had a city on fire and resentment and tension between law enforcement and the community,” Wilde said. “It didn’t need to happen. If they had cameras like we’re going to now, like our jail is going to now, that situation could’ve been avoided.”

Wilde said the purchase united those who back law enforcement and activists who call for changes in the name of racial justice.

Knudson had applied for a grant to start a body-cam pilot program that would not have outfitted all deputies, but the grant was denied.

Knudson said he applied for the grant before protests ignited across the country last summer. He was moved to seek full funding after seeing what happened in recent police incidents and the resulting protests.

Wilde praised Knudson for his response: “This is a bold statement to the people who are crying out to be heard, and more than any words, putting forward that policy and asking us to consider it, speaks volumes. … (Knudson) also heard the reaction from the police and made a decision to put forward a program that truly serves the objective of justice and of facts of anyone who is accused of unlawful use of force.”

The costs won’t change the county’s tax levy for 2021. The money will come from sales tax revenue that has been set aside for capital projects and from a budget cut that deletes a plan to hire a county communications manager.

Beloit, Janesville and some other police forces in the county have had body cameras for some time.

The system Knudson intends to buy is from the same company that supplies the county squad-car cameras, WatchGuard.

The new WatchGuard body cams record constantly, so if deputies fail to turn them on, recordings can be recovered at the end of a shift, Knudson said.

Knudson noted that in some incidents around the country, a major concern has been the failure of officers to activate their cameras.

The Rock County Board received these and other comments from residents about body cameras for the sheriff's office: 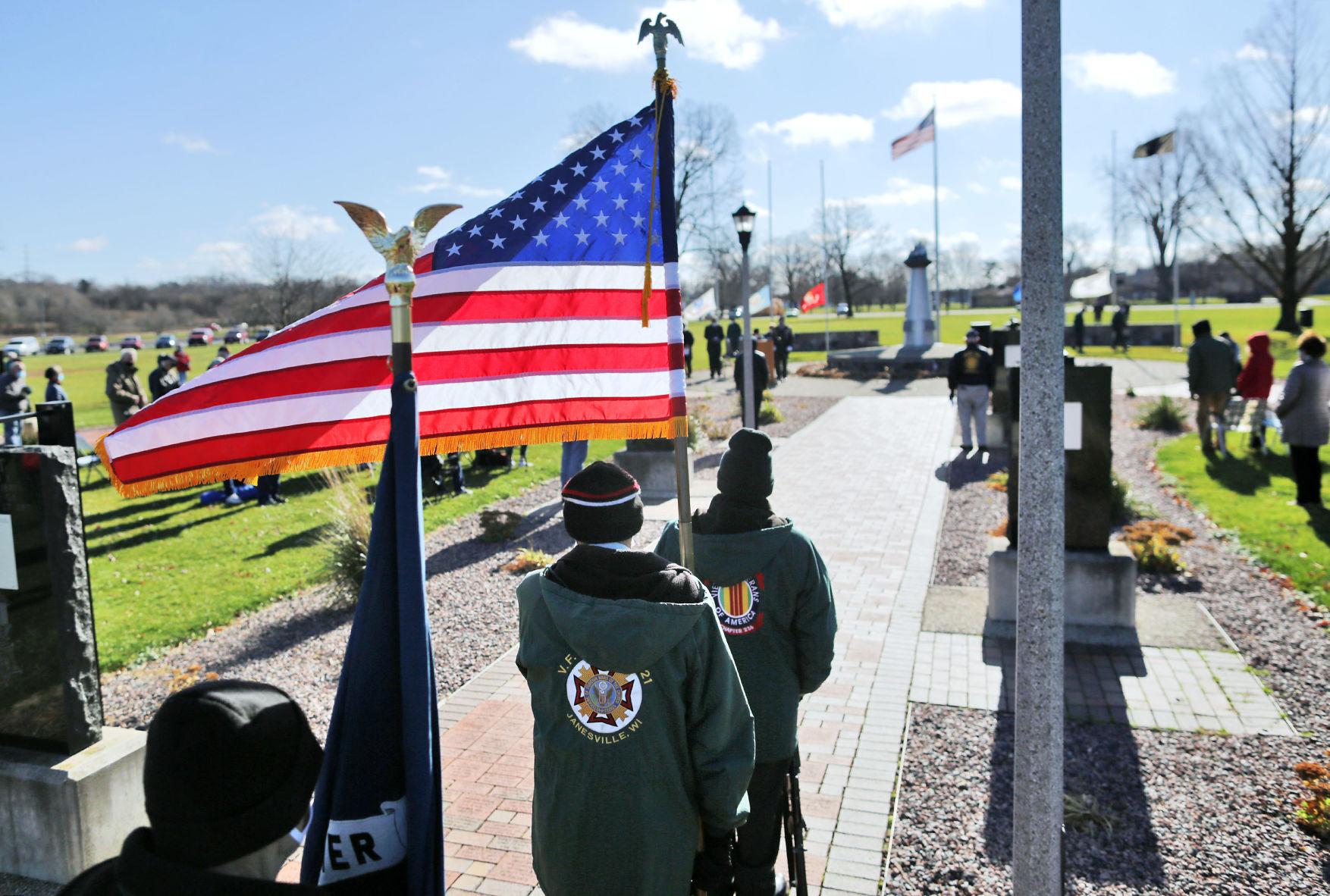 The presentation of the flags starts the annual Veterans Day program held at Veterans Plaza in Traxler Park on Wednesday, Nov. 11.

A screenshot from ARISE teacher Craig Bergum’s weekly ‘Breakfast with Bergum’ session on Wednesday shows Bergum making breakfast while his students watch, eat a doughnut or make their own breakfast. Bergum hopes the get-togethers restore some of the in-person connections that have been lost in virtual learning.

Many parents, students and teachers navigating virtual education for the first time say the things they miss most are the human interaction and relationship-building that occur in real classrooms.

Enter Craig Bergum, a teacher at ARISE Virtual Academy who is focusing on keeping those relationships alive.

Bergum retired four years ago after more than 23 years with the Janesville School District. He teaches sixth grade at ARISE this year and hosts “Breakfast with Bergum” at 8 a.m. each Wednesday.

Students join a Google Meet video conference and eat breakfast together. They can talk about anything, from their pets’ names to what they plan to do over the weekend.

Bergum said the get-togethers are one way to help boost morale when kids need it most amid COVID-19’s uprooting of everyday life.

“This program is pretty intense,” Bergum said of ARISE. “The kids are working very, very hard on a rigorous curriculum. What I was noticing early on was that it can become pretty stressful if they don’t have the opportunity to do something interesting.”

After a student mentioned that he enjoyed cooking and had created a cookbook with lots of breakfast recipes, the class wanted to give one a try. Breakfast became a Wednesday staple.

A Gazette reporter was invited to Wednesday’s meeting, which was full of story time, perfect pancakes and plenty of student reflection. One student ribbed the reporter about his relaxed attire, which included a sweatshirt and baseball cap. Students laughed when the reporter joked about his cat, Leona.

Sixth-grader Makhi Miller showed his classmates his famous pancake recipe, and Bergum followed along. Other students ate cereal or eggs as they talked about their week.

At one point, Miller jumped in to remind Bergum to flip his pancake when he started seeing bubbles.

Student Austin Bier said he enjoys the Google Meets because he gets the chance to talk with his friends about something that doesn’t involve mathematical equations or sentence structure.

For Lucy Andersen, the calls provide something she misses about learning in person.

“I really like ‘Breakfast with Bergum’ because I really get to connect with the kids and Mr. Bergum on these calls,” she said. “I feel like it’s really important when we’re not in school talking to each other that we get to do it online.”

As Halloween approached last month, the kids talked about how much they would miss ordinary trick-or-treating and celebrations. Bergum decided to organize a virtual spooky movie night for the kids over Google Meet, where the kids discussed what was happening in the chat.

They plan to keep that going with a movie night each month.

One student took the class on a virtual tour of her farm, and another introduced her peers to her pet rabbits and dog.

Since the weekly get-togethers started, Bergum has noticed growth in the students’ self-confidence and their willingness to help each other when they are stuck during homework or lectures.

He admitted that it’s hard not to get emotional watching the kids delve into online learning and a new classroom environment together.

“The relational portion of working on school virtually is incredibly important,” Bergum said.

“The kids are more isolated than before, so it’s important that they get to know other kids in the class, and so it brings them together. They get to talk about something other than school, and then it’s about building a relationship as a teacher, as well.”

He said virtual school required adjustments from both himself and his students, but he is glad he came out of retirement to join ARISE this year.

Bergum’s students said they look forward to Wednesdays. Joshua Delao-Cardoza said it is all thanks to eating breakfast with their favorite teacher.

“He’s the best teacher I’ve had in my whole life.” 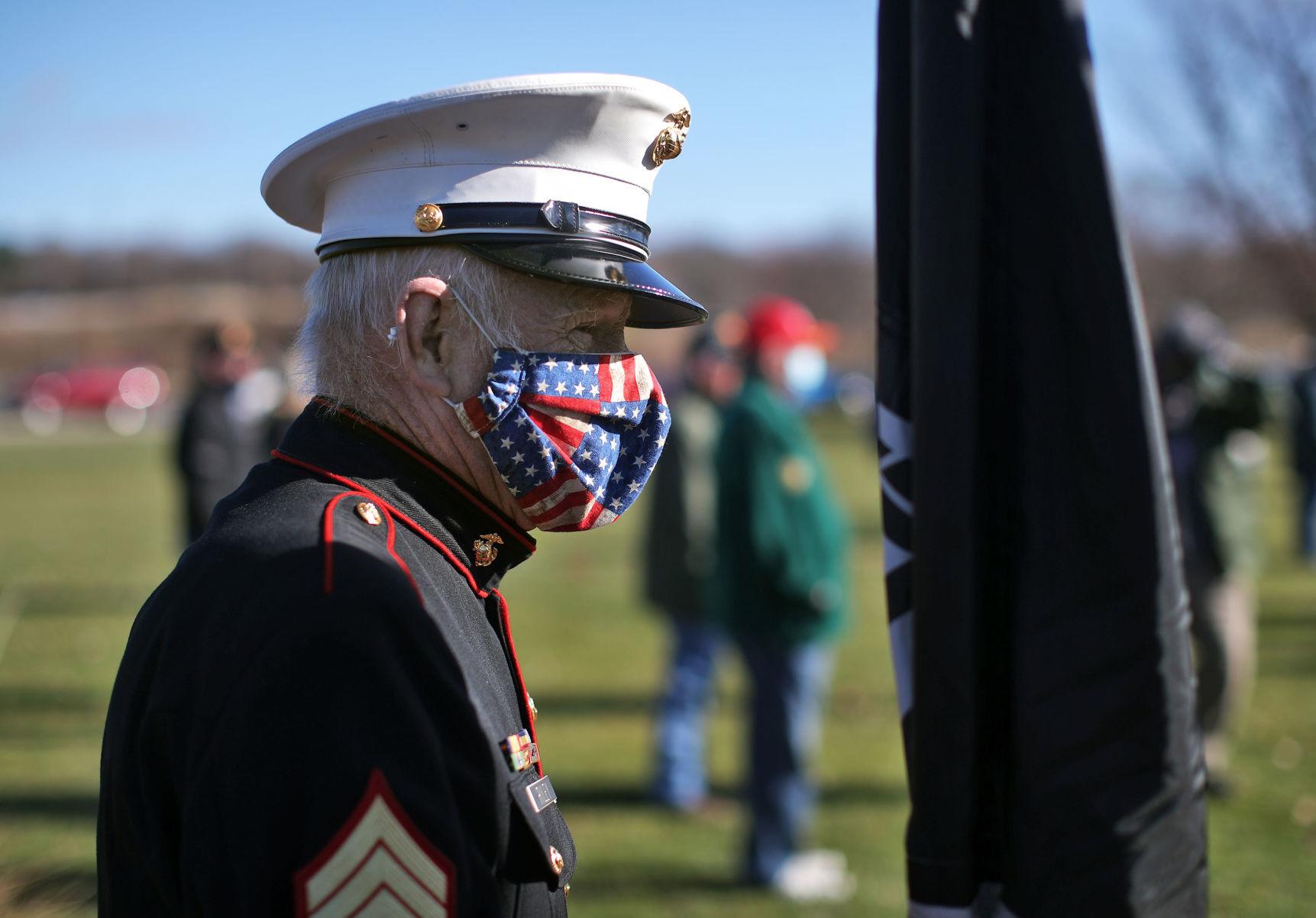 Downtown boosters are working on strategies to support businesses along a stretch of West Milwaukee Street that will be under construction for much of 2021.

One strategy will launch in coming weeks, months before construction will begin, Emily Arthur, executive director of the downtown business improvement district, said Wednesday.Milwaukee Street will be reconstructed from River Street to the Five Points intersection to become more pedestrian friendly, improve traffic flow and provide a more cohesive aesthetic with the rest of downtown, parts of which have received major face-lifts in recent years.

Business owners and residents were invited to an online forum Wednesday to ask questions and voice concerns about the $5.9 million project.

Construction, including sidewalk replacement, will begin in spring and is expected to wrap up in late fall 2021.

Shoppers will begin seeing fliers and handouts during the holiday shopping season, advising them how to patronize businesses during construction, Arthur said.

The business improvement district and Downtown Janesville Inc. plan to launch a campaign to remind people that downtown remains open for business during the project.

Signs, fliers and social media already have been identified as avenues for getting the message out, but Arthur said she is open to more ideas about how to attract people downtown in spite of construction obstacles.

Arthur said she wishes construction could have been done this year as businesses face lighter foot traffic anyway because of the pandemic.

Some people have suggested pushing the project back so businesses would not have to endure a second consecutive year of challenges, Arthur said.

The project will be overseen by the state Department of Transportation and will receive about $1.3 million in federal funding. It will have to stay on schedule to get that funding, Arthur said.

The remaining $4.6 million of the cost will be funded locally through a tax-increment finance district, utility funds and other revenues, said Paul Woodard, city public works director.

The reconstruction will be completed in two phases going from east to west, he said.

Sidewalk replacements will be completed one business at a time, and property owners will be billed, Woodard said. The project will generate an estimated $80,000 total in special assessments for sidewalks.

Property owners will be billed an estimated $35 to $45 per lineal foot of 5-foot-wide sidewalk. The special assessments can be paid over five years, city officials said.

Questions during the forum focused mostly on special assessments for sidewalks. A couple of them concerned landscaping plans.

Traffic patterns and parking will be mostly unchanged by the project. However, raised intersections will promote slower traffic movement, Woodard said.

Traffic signals at three intersections will be removed and replaced with stop signs. Woodard said the city hopes to eliminate some of the weaving of traffic caused by left-turn lanes.

The street will become slightly narrower to allow for more terrace space for pedestrians, landscaping and public furniture such a benches and tables, Woodard said.

The project was sent out for bids this week. A general contractor likely will be chosen in coming days, he said. 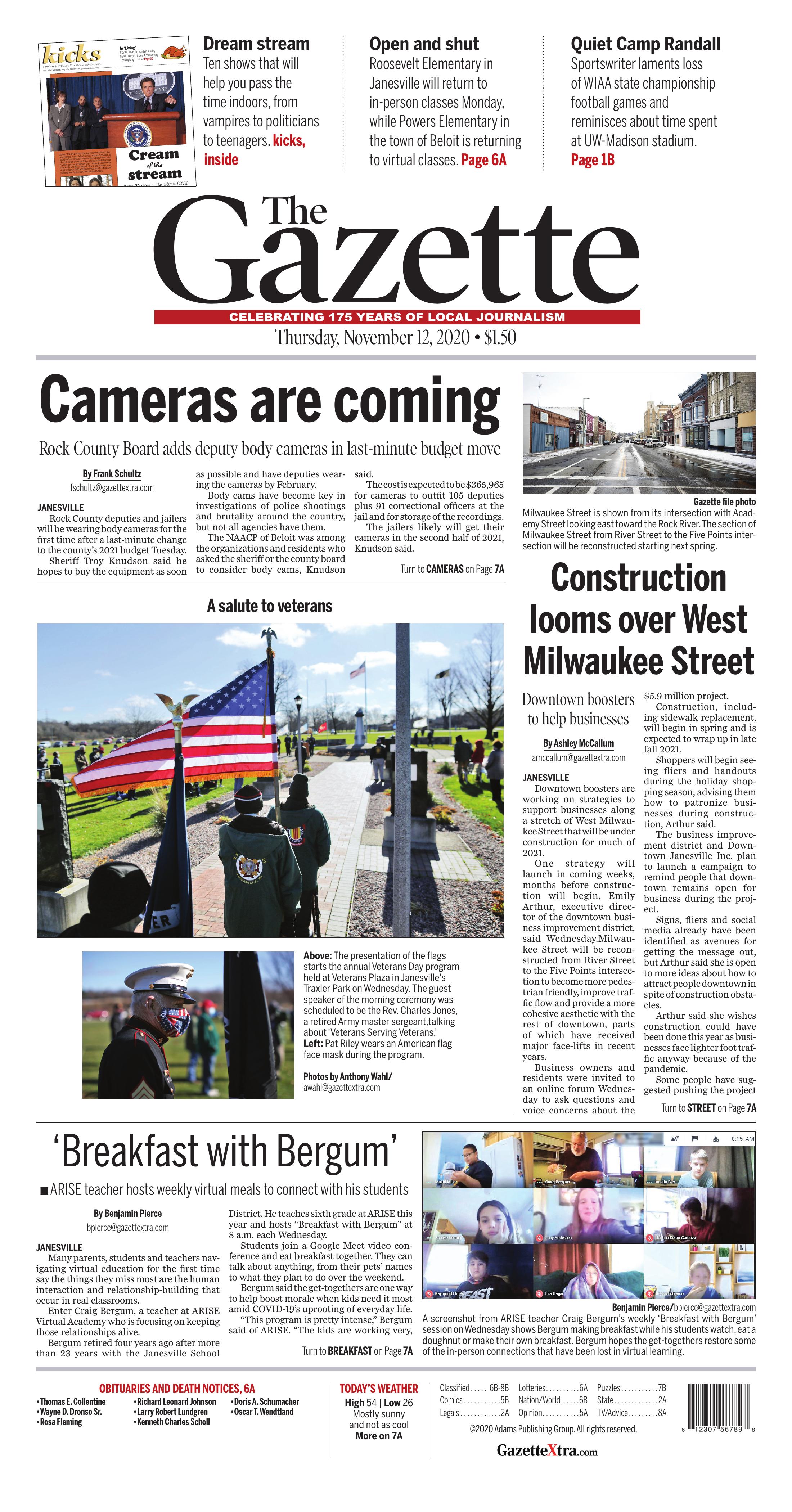