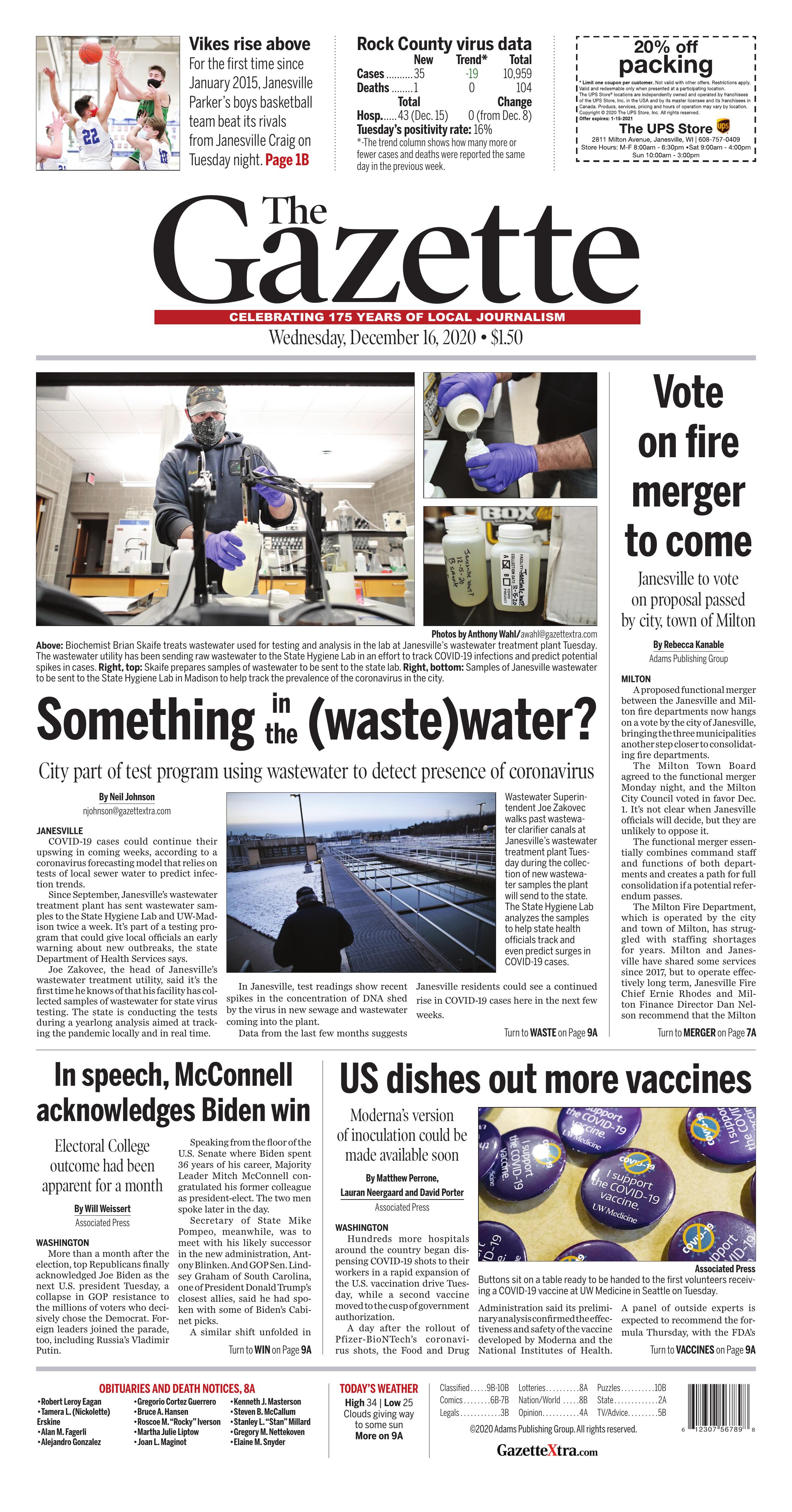 Biochemist Brian Skaife treats wastewater used for testing and analysis in the lab at Janesville’s wastewater treatment plant Tuesday. The wastewater utility has been sending raw wastewater to the State Hygiene Lab in an effort to track COVID-19 infections and predict potential spikes in cases.

COVID-19 cases could continue their upswing in coming weeks, according to a coronavirus forecasting model that relies on tests of local sewer water to predict infection trends.

Since September, Janesville’s wastewater treatment plant has sent wastewater samples to the State Hygiene Lab and UW-Madison twice a week. It’s part of a testing program that could give local officials an early warning about new outbreaks, the state Department of Health Services says.

Joe Zakovec, the head of Janesville’s wastewater treatment utility, said it’s the first time he knows of that his facility has collected samples of wastewater for state virus testing. The state is conducting the tests during a yearlong analysis aimed at tracking the pandemic locally and in real time.

In Janesville, test readings show recent spikes in the concentration of DNA shed by the virus in new sewage and wastewater coming into the plant.

Data from the last few months suggests Janesville residents could see a continued rise in COVID-19 cases here in the next few weeks. 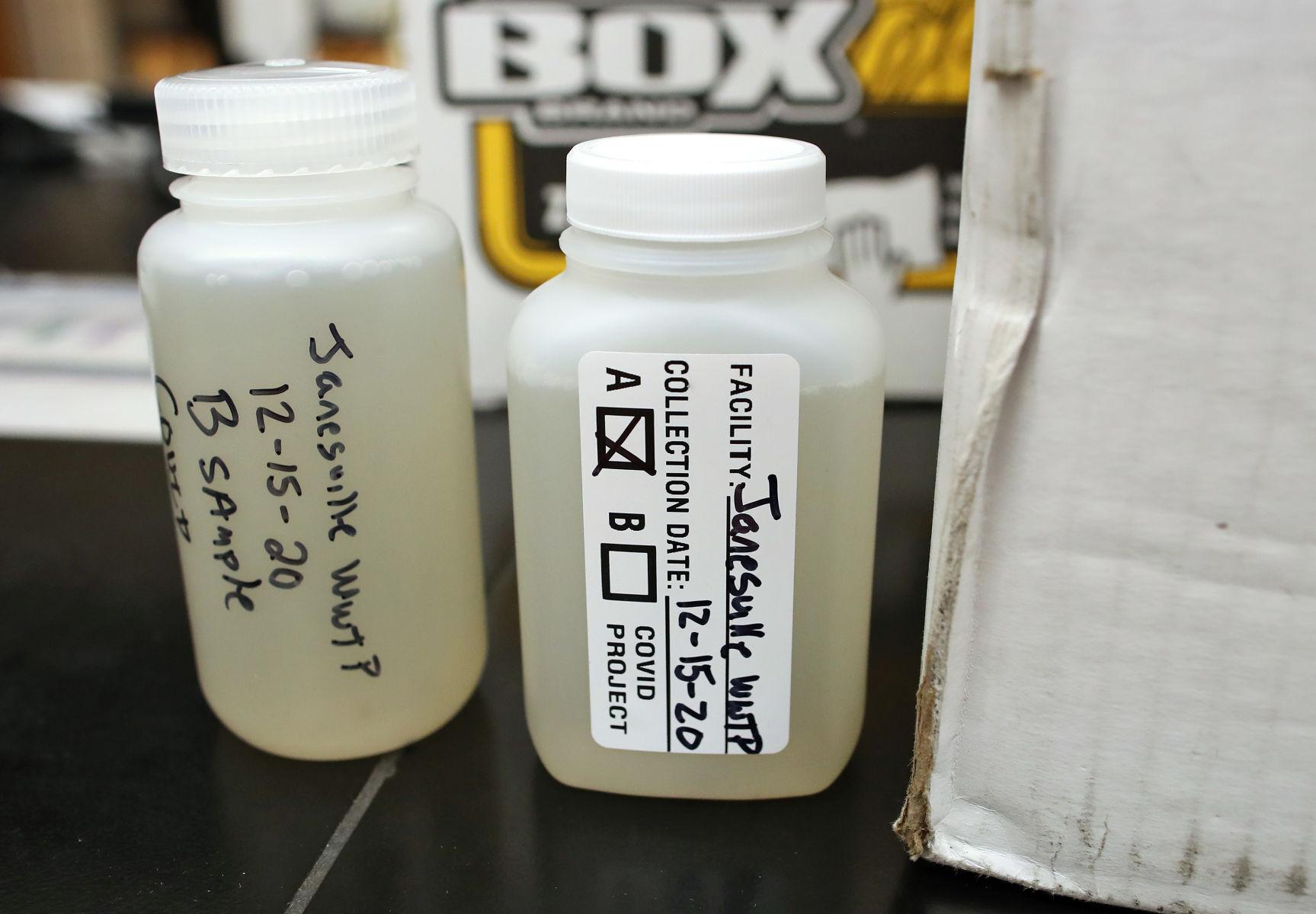 These samples of Janesville wastewater will be sent to the State Hygiene Lab to help track the prevalence of COVID-19 infections.

The map is designed to show the relationship between COVID-19 infection rates in people and the concentration of COVID-19 in wastewater in each municipality participating in the federally funded testing program.

Measured against one another, the two data sets have showed a continued trend in Janesville. In most instances, when samples have shown a surge of COVID-19 in wastewater, virus testing data in Janesville has shown a corresponding spike in reported COVID-19 cases later.

For instance, the state’s analysis shows that in mid-November, Janesville had one of the largest spikes in COVID-19 concentration in its wastewater since the start of sampling earlier this fall.

A little more than a week later, Janesville data showed a corresponding jump in the daily rate of COVID-19 infections—an increase from about 100 cases to 165 cases per 100,000 people.

That was probably the biggest spike in COVID-19 cases this fall, but it wasn’t the first time a spike in positive cases has followed a jump in COVID-19 wastewater readings.

Health officials believe that in Janesville and statewide, the spikes in COVID-19 concentrations in wastewater could predict emerging or impending outbreaks. 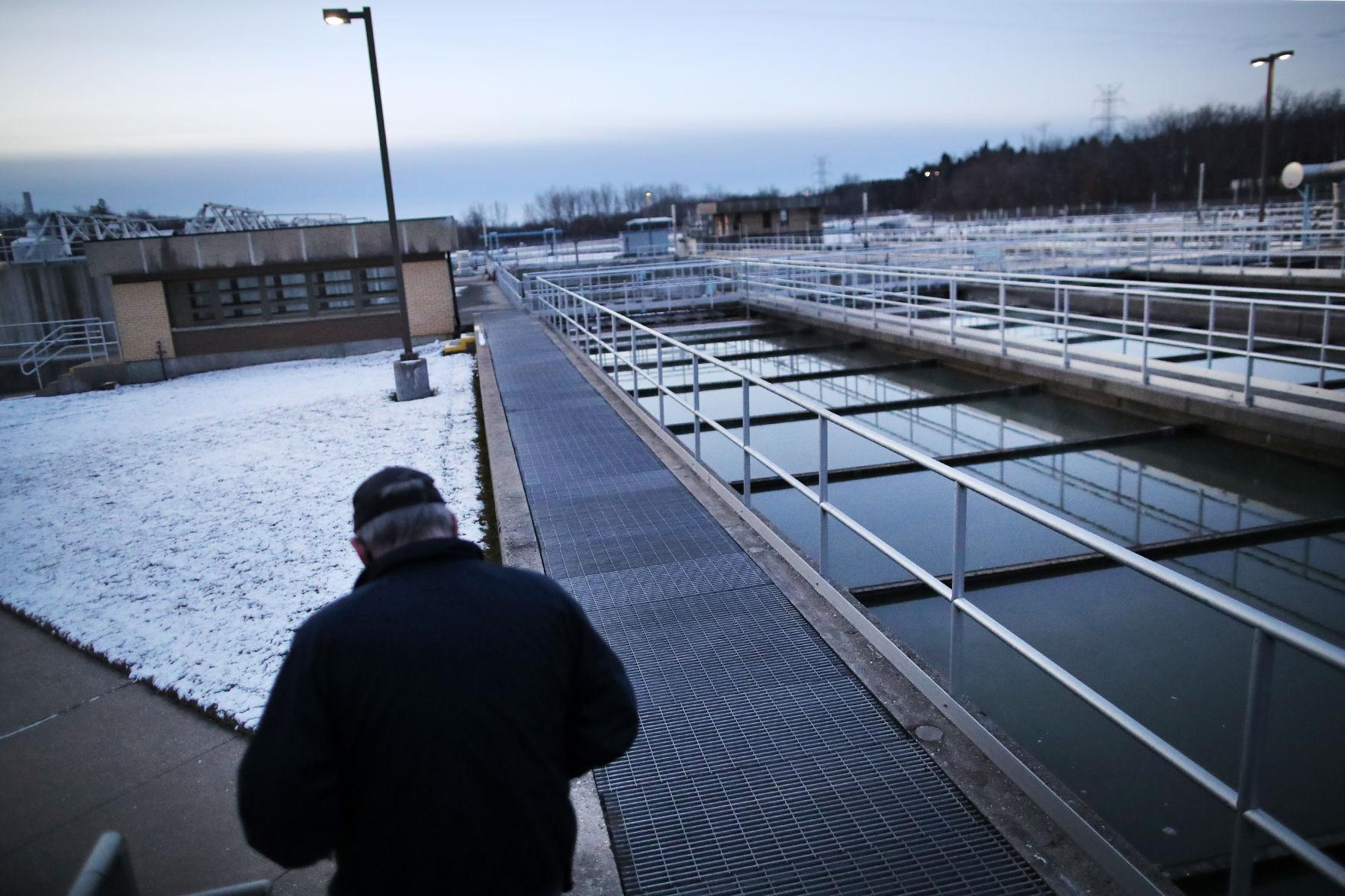 Wastewater Superintendent Joe Zakovec walks past wastewater clarifier canals at Janesville's wastewater treatment plant Tuesday during the collection of new wastewater samples the plant will send to the state. The State Hygiene Lab analyzes the samples to help state health officials track and even predict surges in COVID-19 cases.

“If you do contract COVID, your body right away starts to shed part of the virus in the form of human waste,” Zakovec said. “This (analysis) shows the concentration of (COVID-19) RNA left over in the waste that comes into the utility. The point is that can give a faster idea for the community, a quicker response to COVID.

The state health department says the testing method has benefits, including providing early warning of COVID-19 surges and access to information that can help communities know if protective measures—quarantining, face coverings and business restrictions—are working. 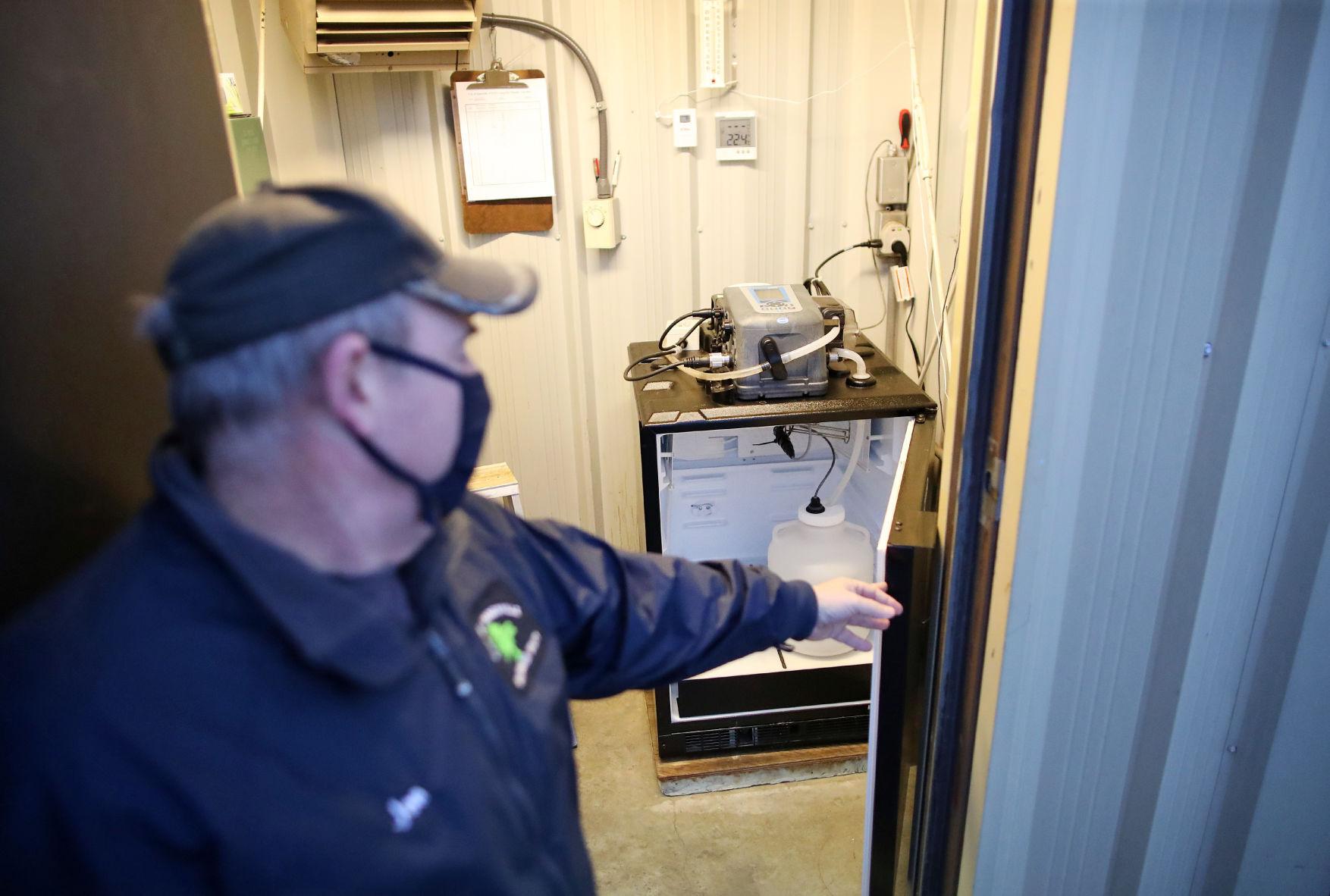 The collection is being handled by wastewater utility crews alongside regular sampling of “influent,” or untreated wastewater, that the utility conducts.

Under standard operations at the wastewater plant, residents’ toilet sewage and other waste that comes in from the city’s network of wastewater pipes is eventually cleaned at the plant through anaerobic and ultraviolet light processes that destroy the coronavirus and any other viruses, Zakovec said.

That means elevated traces of COVID-19 in wastewater isn’t a problem in and of itself. It simply serves as a marker and a snapshot in time that might be useful to track virus infection into the future. 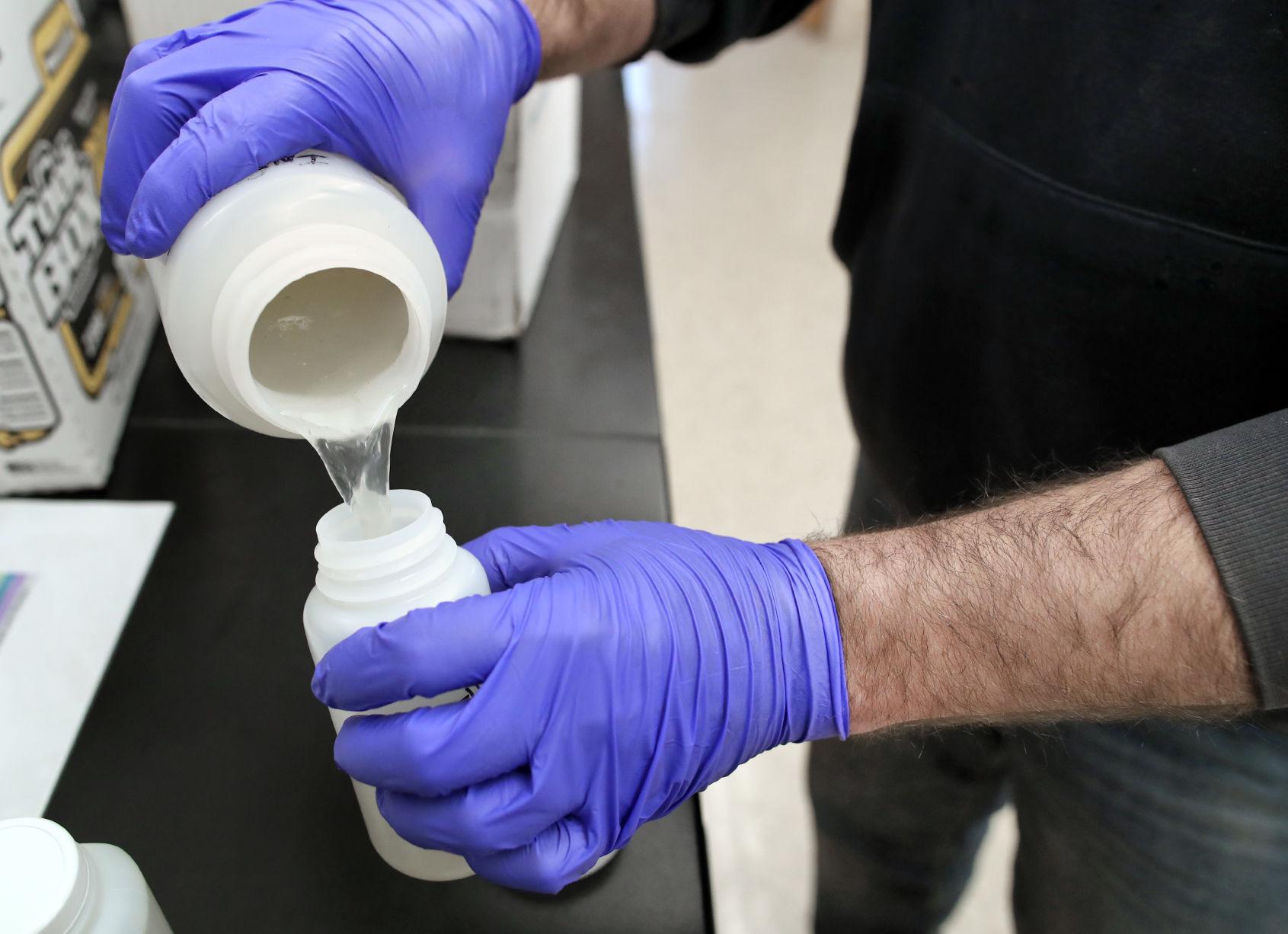 Biochemist Brian Skaife works in the laboratory at Janesville’s wastewater treatment plant operations building while preparing samples of influent wastewater to be sent to the State Hygiene Lab. 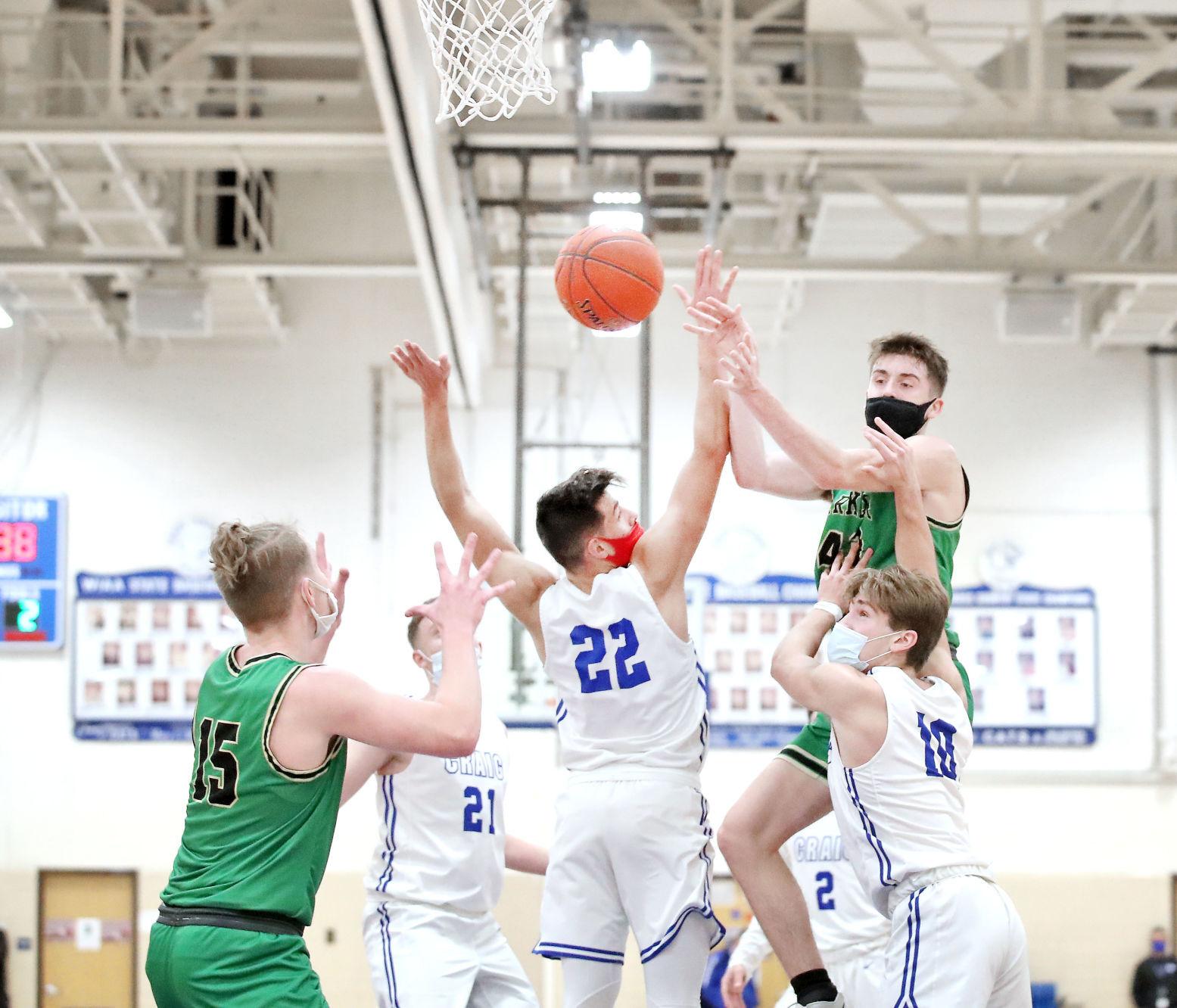 A proposed functional merger between the Janesville and Milton fire departments now hangs on a vote by the city of Janesville, bringing the three municipalities another step closer to consolidating fire departments.

The Milton Town Board agreed to the functional merger Monday night, and the Milton City Council voted in favor Dec. 1. It’s not clear when Janesville officials will decide, but they are unlikely to oppose it.

The functional merger essentially combines command staff and functions of both departments and creates a path for full consolidation if a potential referendum passes.

The Milton Fire Department, which is operated by the city and town of Milton, has struggled with staffing shortages for years. Milton and Janesville have shared some services since 2017, but to operate effectively long term, Janesville Fire Chief Ernie Rhodes and Milton Finance Director Dan Nelson recommend that the Milton department consolidate with Janesville.

Another option presented in July would preserve the Milton Fire Department but add more full-time employees.

The Milton Joint Fire Commission has been divided on the consolidation idea. Members have raised several concerns, including that the Milton department will lose its identity and cede financial control.

However, earlier this month, the commission voted 4-2 to commit to consolidating the two departments and pursue details of a contract with Janesville.

“That isn’t signing a contract with Janesville. There would still be a contract review,” commission member Bill Wilson said at the commission’s Dec. 9 meeting.

Consolidation has been estimated at $2.35 million, while a standalone department would cost about $2.82 million. Those estimates cover staffing needs, including 15 full-time firefighter/paramedics and various leadership positions. The standalone estimate includes money for accounting, payroll and human resources.

Under both scenarios, a $1.4 million referendum would have to be floated to raise additional money, possibly in November 2021.

So far, three of the four smaller towns have renewed their Milton Fire Department contracts, which include cost increases that are 170% to 209% higher. The town of Koshkonong has yet to renew its contract.

Starting with the 2021 budget, contributions from municipalities will be based on equalized value and factor in how much of the municipality is covered by the Milton Fire Department.

None of the contracted towns is covered completely. The Milton department serves about 80% of Harmony, 74% of Johnstown, 40% of Lima and 5% of Koshkonong.

Disagreement about consolidation was evident at the Dec. 9 Joint Fire Commission meeting. Wilson said the commission will not get the answers it needs unless it commits to pursuing a contract.

“Why should Janesville put lots and lots of time into coming up with a contract unless there’s a serious intent that we want to have a contract?” he asked.

“It is about what our voice is and how we’re able to protect the department that we currently have,” she said.

Jennings agreed with some of Drew’s comments.

“I do agree that there are some concerns about the future,” he said.

For instance, Jennings said, “You don’t necessarily know how operational expenses are going to increase from year to year.”

With consolidation, he said, “We’re limited in how much say we get in the (budgeting) process if we do consolidate because then we become a contract.”

Milton City Administrator Al Hulick said all municipalities face the same tax levy limits. Significant costs incurred by Janesville must run through those “funnels” before they are presented to the contracted municipalities, he said.

Rhodes, Janesville’s fire chief, said the commission could create a finance committee with Janesville to work through the budget every year.

“Whoever you merge with, think about their funding and their resources,” Rhodes said. “If you merge with an organization that is underfunded or limited in funding, what you do is create one big underfunded fire department. If you would merge with Janesville, you would not have that problem.”

Rhodes said he will continue negotiations on a contract, which will be presented to all of the municipalities and the commission.