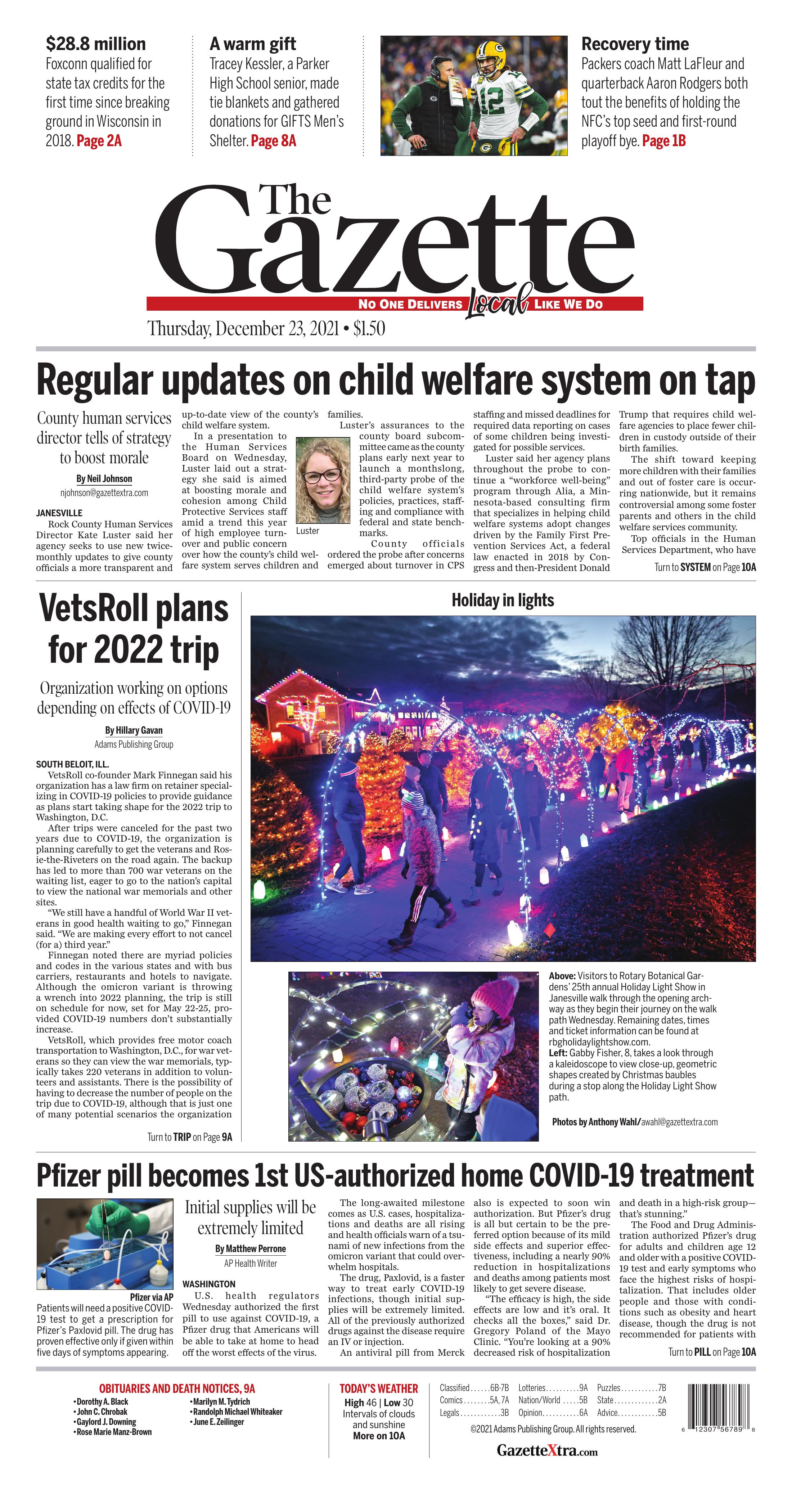 In a presentation to the Human Services Board on Wednesday, Luster laid out a strategy she said is aimed at boosting morale and cohesion among Child Protective Services staff amid a trend this year of high employee turnover and public concern over how the county’s child welfare system serves children and families.

Luster’s assurances to the county board subcommittee came as the county plans early next year to launch a monthslong, third-party probe of the child welfare system’s policies, practices, staffing and compliance with federal and state benchmarks.

County officials ordered the probe after concerns emerged about turnover in CPS staffing and missed deadlines for required data reporting on cases of some children being investigated for possible services.

Luster said her agency plans throughout the probe to continue a “workforce well-being” program through Alia, a Minnesota-based consulting firm that specializes in helping child welfare systems adopt changes driven by the Family First Prevention Services Act, a federal law enacted in 2018 by Congress and then-President Donald Trump that requires child welfare agencies to place fewer children in custody outside of their birth families.

The shift toward keeping more children with their families and out of foster care is occurring nationwide, but it remains controversial among some foster parents and others in the child welfare services community.

Top officials in the Human Services Department, who have overarching authority over the county’s child welfare system, have defended the department’s handling of casework. They have said the county is shifting toward a greater focus on reunification of children with birth families.

Luster said Wednesday that one of her agency’s top goals is to continue to draw down the number of children being placed outside their birth homes, but she said the department also is invested in keeping the human services committee abreast of how it is responding to ongoing challenges of hiring and retaining CPS staff.

“There’s so much going on, and there’s a fast pace of change,” Luster told the committee Wednesday. “There are issues for staff. There are issues around policy. There’s community-related issues. There’s provider and stakeholder issues. And so being able to just assure that we have this regularly on the agenda seems to be smart and important,” Luster said.

Local foster parents and others who work with children in the county’s child welfare system complained earlier this year that employee turnover and low morale were two factors leading to breakdowns in casework—specifically, reported delays in investigative documentation for children who could be in need of child welfare services.

Luster said her agency plans to deliver twice-monthly presentations to the Human Services Board to give board members and the public updated data and information on casework and the number of children the agency places in services either inside or outside the home.

She said she also intends to keep the committee up to speed on the twists and turns in staffing.

“They (Rock County’s Human Resources Department) can get us information, like how many applications have come in, how many of those got screened through, and then we can report how many have we interviewed, how many were offered (jobs), all of that,” Luster said. “So you can kind of see the flow of workforce challenges, which are very much an issue.”

Luster said that after Human Services and Alia launched a “workforce well-being” program for CPS staff this fall, staff members are beginning to show improved morale. Luster said she attributes the improvement in morale in part to some workers being able to return to the office after months in a work-from-home environment.

Human Services Board member and county supervisor Kathy Schulz said that during the updates, she would like to see explanations of the department’s decisions and the circumstances behind some reported instances of children being placed in the custody of “three or four” different families in a short period of time.

In an email this week, Rock County Administrator Josh Smith told The Gazette he had been awaiting proposals from three firms the county is considering for an independent probe of the county’s child welfare system and workforce.

The three firms the county has been considering are The Butler Institute, a consulting and research group that operates through the University of Denver’s school of social work; the Alabama-based Child Welfare Policy and Practice Group, an agency that says it works to improve services to child welfare systems; and ICF International, a publicly traded consulting firm with broad experience in private industry and public policy consulting.

Smith said he aims to bring a recommendation to the Human Services Board on Jan. 12. If the board makes a recommendation, it would head to the finance committee Jan. 13 because hiring a consultant would require a budget amendment.

The full county board could vote on a recommendation Jan. 13, although Smith has cautioned the board that it likely will take months for a consultant to conduct a probe and return with findings. 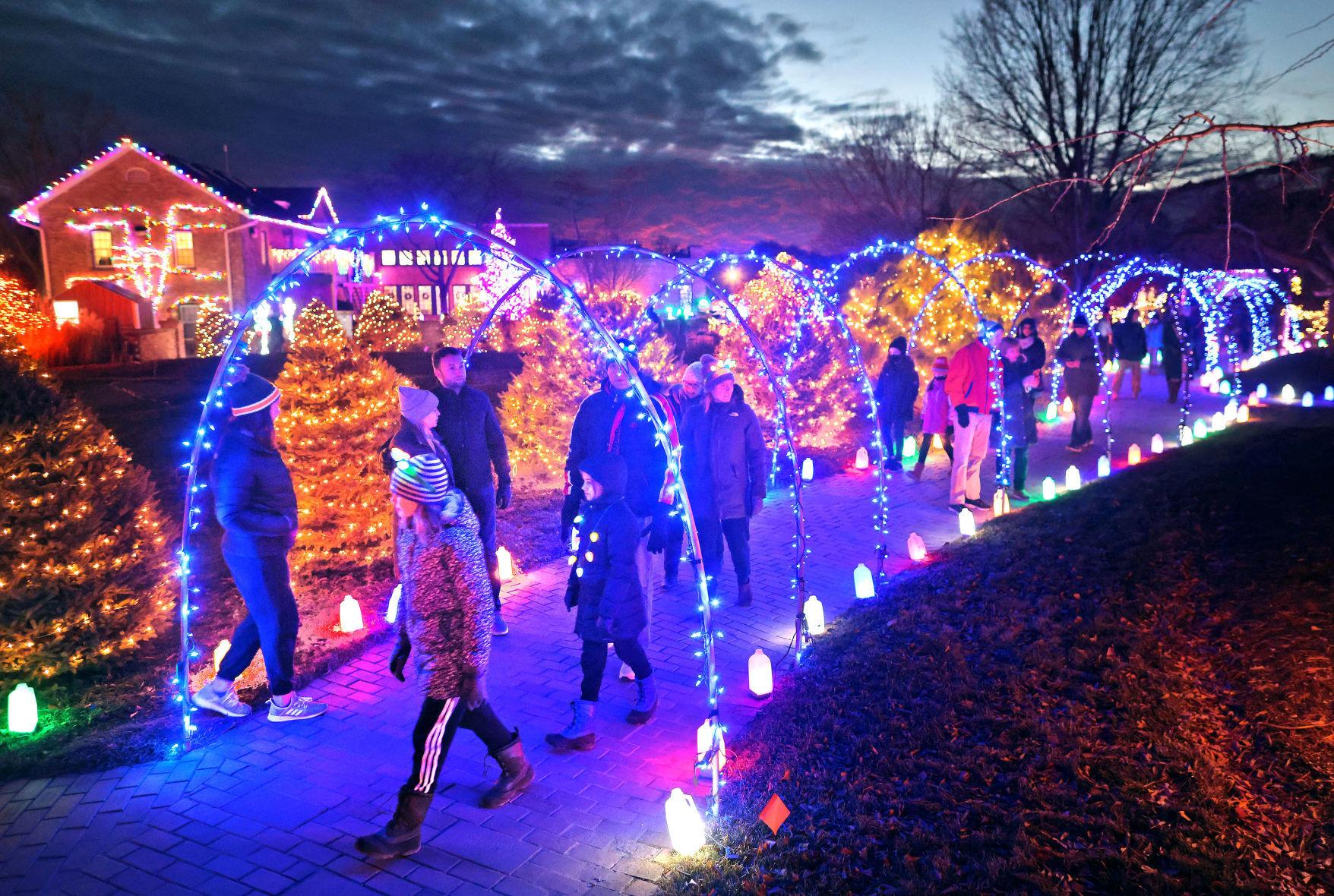 Visitors to the Rotary Botanical Garden’ 25th annual Holiday Light Show in Janesville walk through the opening archway as they begin their journey though the walk path on Wednesday, Dec. 22. Remaining dates, times and ticket information can be found at rbgholidaylightshow.com. 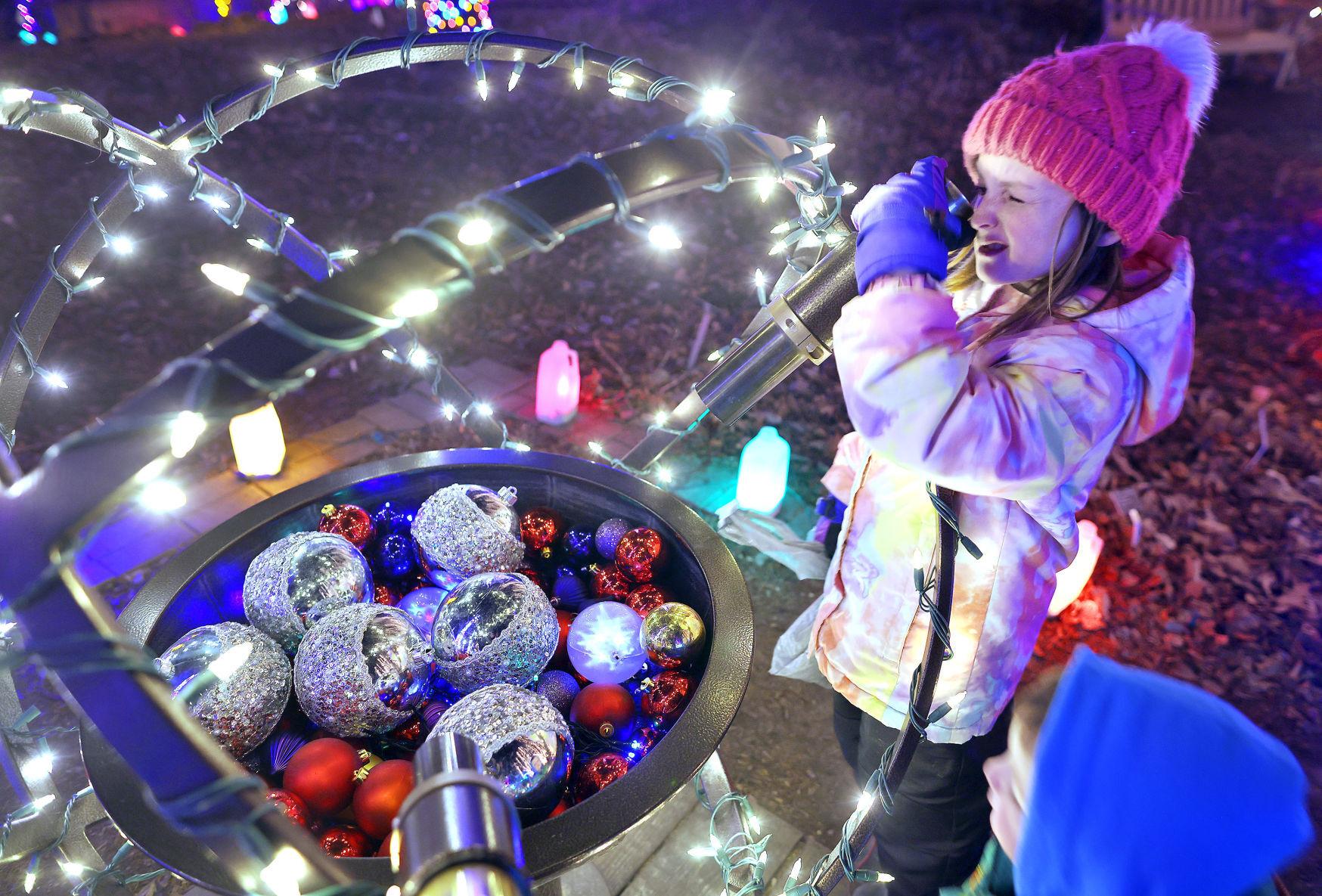 Sam Caruana writes on a hat at Finnegans’ RV in South Beloit, Ill., as he and family members delivered a donation check to VetsRoll co-founder Mark Finnegan on

VetsRoll co-founder Mark Finnegan said his organization has a law firm on retainer specializing in COVID-19 policies to provide guidance as plans start taking shape for the 2022 trip to Washington, D.C.

After trips were canceled for the past two years due to COVID-19, the organization is planning carefully to get the veterans and Rosie-the-Riveters on the road again. The backup has led to more than 700 war veterans on the waiting list, eager to go to the nation’s capital to view the national war memorials and other sites.

“We still have a handful of World War II veterans in good health waiting to go,” Finnegan said. “We are making every effort to not cancel (for a) third year.”

Finnegan noted there are myriad policies and codes in the various states and with bus carriers, restaurants and hotels to navigate. Although the omicron variant is throwing a wrench into 2022 planning, the trip is still on schedule for now, set for May 22-25, provided COVID-19 numbers don’t substantially increase.

VetsRoll, which provides free motor coach transportation to Washington, D.C., for war veterans so they can view the war memorials, typically takes 220 veterans in addition to volunteers and assistants. There is the possibility of having to decrease the number of people on the trip due to COVID-19, although that is just one of many potential scenarios the organization is considering, Finnegan said.

VetsRoll continues to receive strong support. On Wednesday, Joe Caruana from Rockford, Illinois, his 100-year-old father and World War II U.S. Army Veteran Sam Caruana; his son Mark Caruana; and his brother-in-law Bill Levine arrived at Finnegans’ RV in South Beloit to deliver a $3,000 check on behalf of Rockford Generation, where Mark Caruana is an operations and maintenance manager.

Sam Caruana served in the 104th Infantry regiment known as the Timberwolves. He served in France, Belgium, Germany and the Netherlands and was part of liberating Nordhausen, a sub-camp of the concentration camp Dora-Mittelbau, where he found only some people alive. So many had died, Sam Caruana recalled having to enlist the help of nearby German people to help bury them all, a haunting memory he won’t forget.

Over the years, Caruana stayed in close contact with the Timberwolves after the war, and their children became friends. Although many have died, he said their children still visit. In 2017 he went on the VetsRoll trip.

“It was a wonderful and unbelievable trip,” he said.

Caruana said his favorite part of the trip was being greeted by fire trucks and police cars as the veterans came into the various towns along the way.

On Wednesday, he signed a hat a man from North Carolina had sent VetsRoll. The man had hoped for Caruana’s autograph.

Mark Finnegan said in the first part of March, the possible 220 veterans for the 2022 excursion will be selected.

“We are currently accepting applications from veterans of the Vietnam War era and earlier. Because of the backlog, the eligibility of service is 1966 and earlier. They had to be on active duty and honorably discharged,” Finnegan said.

Finnegan said there is a one-page application on vetsroll.org.

Finnegan said VetsRoll has kept busy with smaller events during the two years it hasn’t been able to take trips, offering a lot of landmark birthday celebrations, including drive-by parades for those turning 95 and older.

In August, a cast of veterans and other honored guests brought history to life at a special event at the Eclipse Center when VetsRoll hosted a Millennium of American History event, featuring veterans and women who worked on the homefront during World War II.

“We had about 500 in attendance,” Finnegan said.

Although VetsRoll scaled back on its fundraising efforts, in January it held its largest fundraiser of the year in Orfordville—its meat raffle and medallion raffle. The next one, which will also include a quilt raffle, is set for Feb. 12 at the Orfordville American Legion.

The Shopiere meat raffle is held every Sunday at the Shopiere Tap at noon.

Because VetsRoll hasn’t offered trips for two years, the organization has shared its proceeds with other charities, including the Rock County Cancer Coalition and numerous police and fire departments.