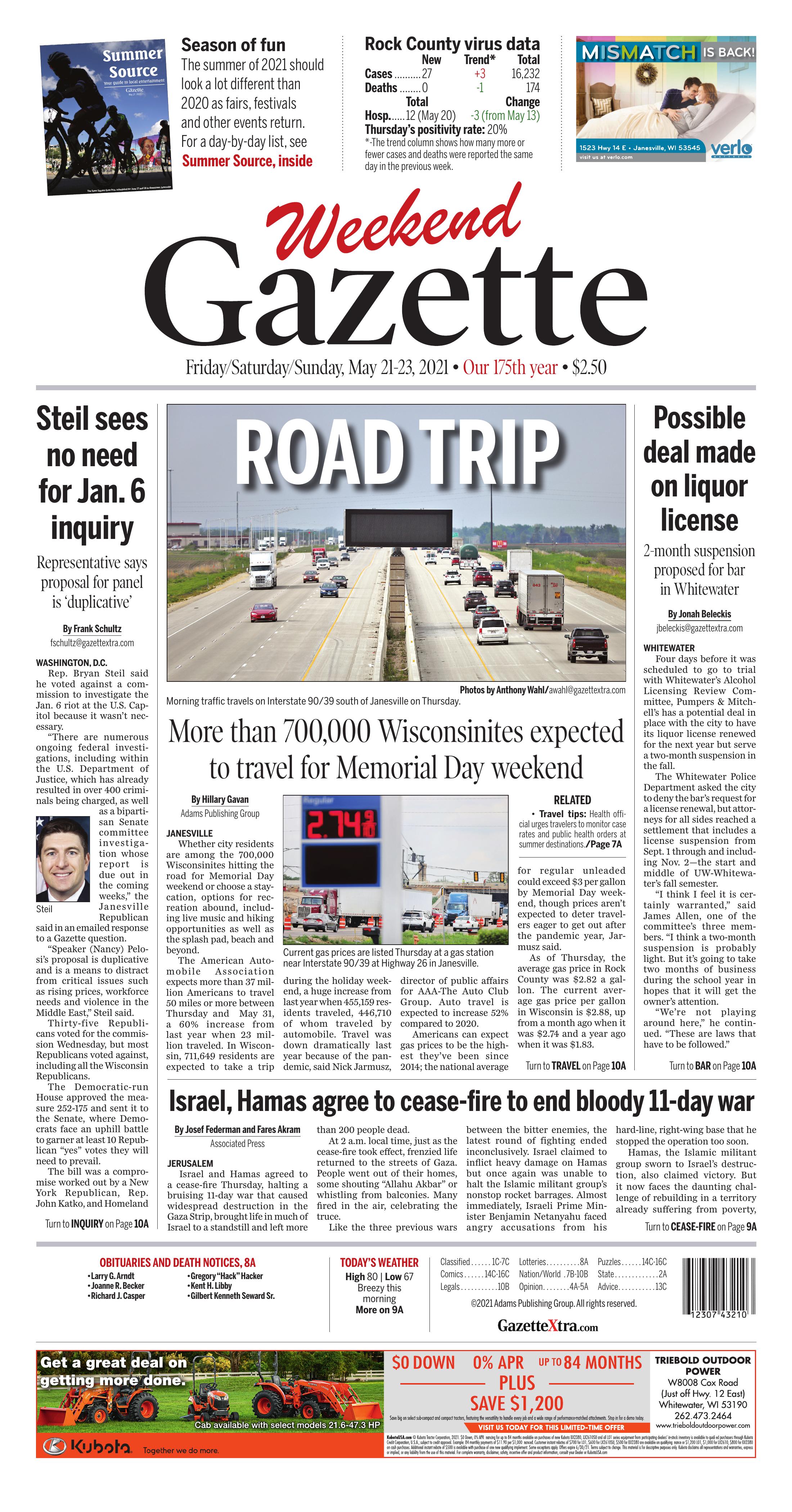 Morning traffic on Interstate 90/39 south of Janesville on Thursday, May 20.

Morning traffic on Interstate 90/39 south of Janesville on Thursday, May 20.

Construction continues on the Interstate 90/39 and Interstate 43 interchange in Beloit.

Tory Roethe of Edgerton reaches for a hanging basket of flowers while shopping at K&W Greenery in Janesville on Thursday, May 20.

A gas station sign is visible behind a driver waiting for a traffic light to change Thursday, May 20, at the intersection of Morse Street and Millton Avenue on the north side of Janesville.

The current gas prices at a Lions Quick Mart location in Janesville on Thursday, May 20.

Flowers for sale inside K&W Greenery in Janesville on Thursday, May 20.

Filling up on gas at the Lions Quick Mart in Janesville on Thursday, May 20.

Whether city residents are among the 700,000 Wisconsinites hitting the road for Memorial Day weekend or choose a staycation, options for recreation abound, including live music and hiking opportunities as well as the splash pad, beach and beyond.

The American Automobile Association expects more than 37 million Americans to travel 50 miles or more between Thursday, May 27, and Monday, May 31, a 60% increase from last year when 23 million traveled. In Wisconsin, 711,649 residents are expected to take a trip during the holiday weekend, a huge increase from last year when 455,159 residents traveled, 446,710 of whom traveled by automobile. Travel was down dramatically last year because of the pandemic, said Nick Jarmusz, director of public affairs for AAA-The Auto Club Group. Auto travel is expected to increase 52% compared to 2020. The top destinations include Las Vegas, Nevada; Orlando, Florida; Myrtle Beach, South Carolina; Denver; and Nashville, Tennessee, according to AAA. 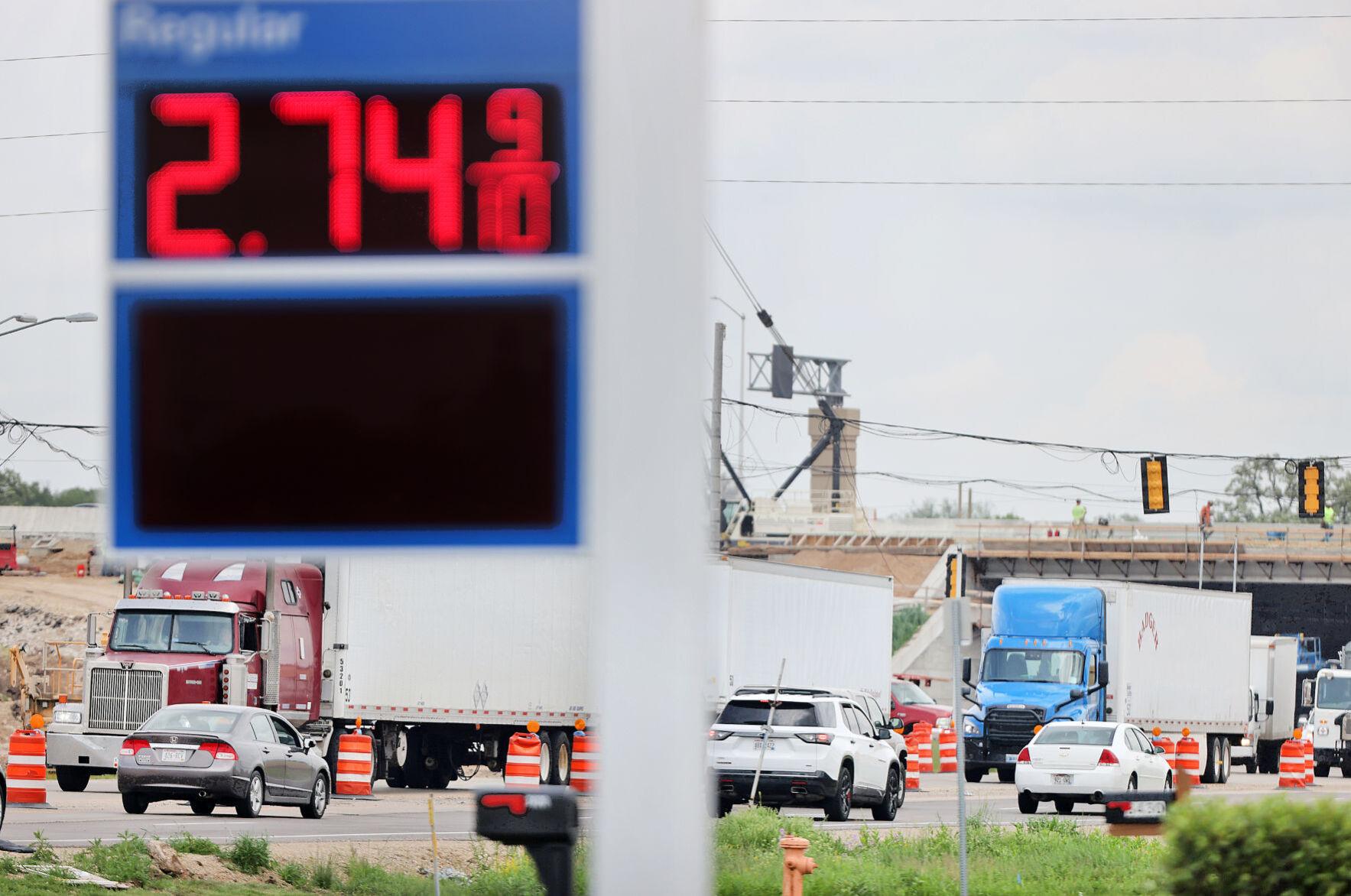 Current gas prices are listed Thursday at a gas station near Interstate 90/39 at Highway 26 in Janesville.

Americans can expect gas prices to be the highest they’ve been since 2014; the national average for regular unleaded could exceed $3 per gallon by Memorial Day weekend, though prices aren’t expected to deter travelers eager to get out after the pandemic year, Jarmusz said.

Travelers might want to budget extra time for road construction they might encounter, too. The Interstate 90/39 Expansion Project in Janesville and Beloit is ongoing with lane shifts and reduced speed limits near the Interstate 43 interchange in Beloit and the Highway 26 and 14 interchanges in Janesville.

“We encourage motorists to plan ahead, slow down and leave room to brake in these work zones,” Wisconsin Department of Transportation Regional Communications Manager Steve Theisen said. 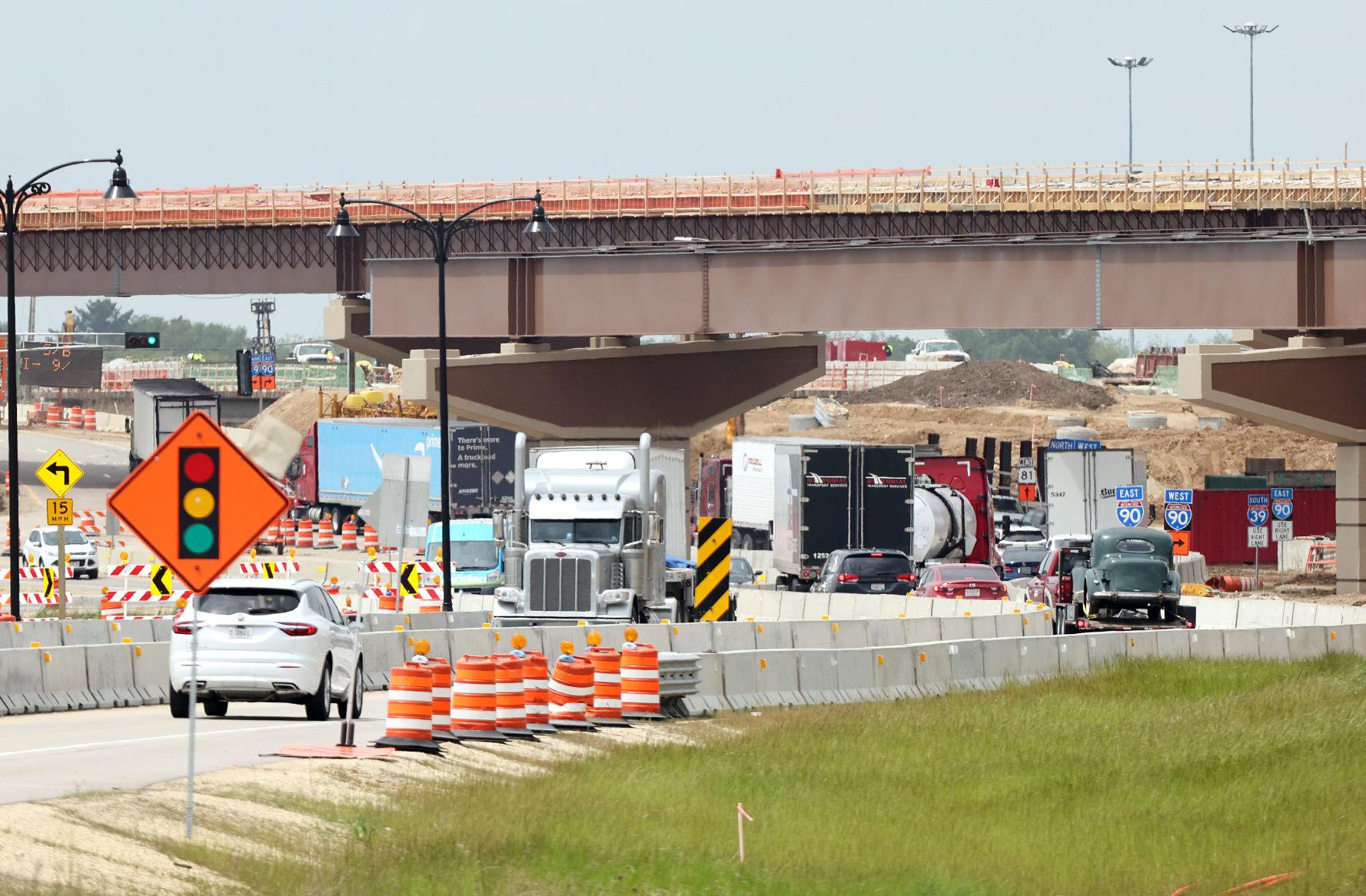 Construction continues on the Interstate 90/39 and Interstate 43 interchange in Beloit.

There will be holiday work restrictions in place, so there will be no operations affecting traffic from noonFriday, May 28 until 6 a.m.Tuesday, June 1, he said.

Other nearby projects for motorists to be aware of include Highway 11 resurfacing from Browntown in Green County to Brodhead; Highway 213 bridge replacement in western Rock County; and Highway 69 resurfacing between Belleville and New Glarus. For information on projects in southwest Wisconsin, go to projects.511wi.gov/region/southwest.

Outdoor music events and other attractions will be available over Memorial Day weekend and the summer, according to Janesville Area Convention & Visitors Bureau Executive Director Christine Rebout.

Four days before it was scheduled to go to trial with Whitewater’s Alcohol Licensing Review Committee, Pumpers & Mitchell’s has a potential deal in place with the city to have its liquor license renewed for the next year but serve a two-month suspension in the fall.

The Whitewater Police Department asked the city to deny the bar’s request for a license renewal, but attorneys for all sides reached a settlement that includes a license suspension from Sept. 1 through and including Nov. 2—the start and middle of UW-Whitewater’s fall semester.

“I think I feel it is certainly warranted,” said James Allen, one of the committee’s three members. “I think a two-month suspension is probably light. But it’s going to take two months of business during the school year in hopes that it will get the owner’s attention.

“We’re not playing around here,” he continued. “These are laws that have to be followed.”

Last week, the committee recommended against renewing the bar’s license for the next year, though members said they made that preliminary finding so they could hear more arguments at a trial.

But the committee voted Thursday to recommend that the city council adopt the proposed settlement, which spares both sides from spending several hours presenting evidence to the committee at a trial that had been scheduled for Monday.

Pumpers & Mitchell’s in Whitewater faces an uncertain future after the police department asked the city’s elected officials to reject the bar’s request for a renewed liquor license.

The police department filed a complaint May 1 citing 70 incidents over the last year that were to varying degrees related to the bar. The reported incidents included having underage people in the bar, sexual assaults, fights, drug dealing and disorderly conduct.

Officials representing Pumpers & Mitchell’s strongly denied most of the wrongdoing of which they were accused, pointing to some of the incidents that bar officials say they could not reasonably have been responsible for, such as someone urinating in front of a UW-W building.

The settlement agreement lists other conditions beyond the suspension:

Police Chief Aaron Raap reiterated a point he made at a previous committee meeting in saying he did not want to take such an action against any business. But he thought something needed to be done.

The committee’s other members, Carol McCormick and Gregory Majkrzak, both said they agreed with Allen’s comments.

McCormick added that this action shows other businesses in the city that they are paying attention and want everyone to “play fair.”

The full city council will likely take up the matter at its next meeting, scheduled now for Tuesday,June 1.

Rep. Bryan Steil said he voted against a commission to investigate the Jan. 6 riot at the U.S. Capitol because it wasn’t necessary.

“There are numerous ongoing federal investigations, including within the U.S. Department of Justice, which has already resulted in over 400 criminals being charged, as well as a bipartisan Senate committee investigation whose report is due out in the coming weeks,” the Janesville Republican said in an emailed response to a Gazette question.

“Speaker (Nancy) Pelosi’s proposal is duplicative and is a means to distract from critical issues such as rising prices, workforce needs and violence in the Middle East,” Steil said.

The Democratic-run House approved the measure 252-175 and sent it to the Senate, where Democrats face an uphill battle to garner at least 10 Republican “yes” votes they will need to prevail.

The bill was a compromise worked out by a New York Republican, Rep. John Katko, and Homeland Security Committee Chairperson Bennie Thompson, D-Miss.

The measure would create a 10-member commission to investigate the riot with five members appointed by each party. It would report by year’s end.

Steil on Thursday did not respond to a Gazette reporter’s follow-up question asking whether he agrees that the Capitol riot was an attempt to thwart or reverse the legal election of President Joe Biden.

Steil on Jan. 6 condemned what he called “the reprehensible actions of criminals inside the U.S. Capitol.”

Steil has defended former President Donald Trump since his election loss in November and spoke against Trump’s eventual impeachment.

The other representative for Rock County, Mark Pocan, a Democrat, tweeted about the commission Tuesday in advance of the vote.

Pocan was responding to House Minority Leader Kevin McCarthy’s opposition to the bill, in which McCarthy said a commission should also study related “forms of political violence in America.”

Pocan wrote: “McCarthy is peeing his pants over getting a subpoena to testify about what Trump said to him on January 6. Love to have a lie detector attached to him when he does.”

Material from the Associated Press was used in this story. 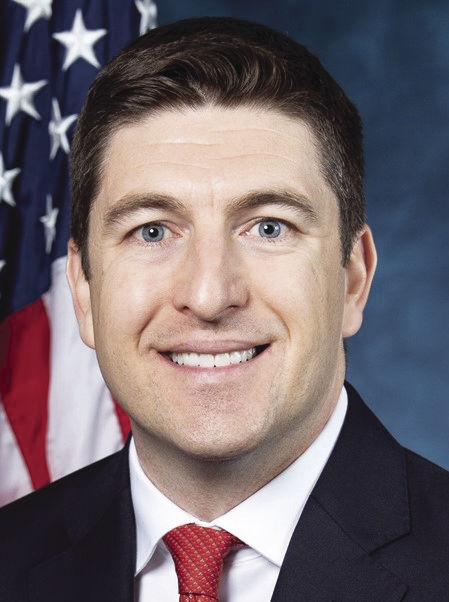