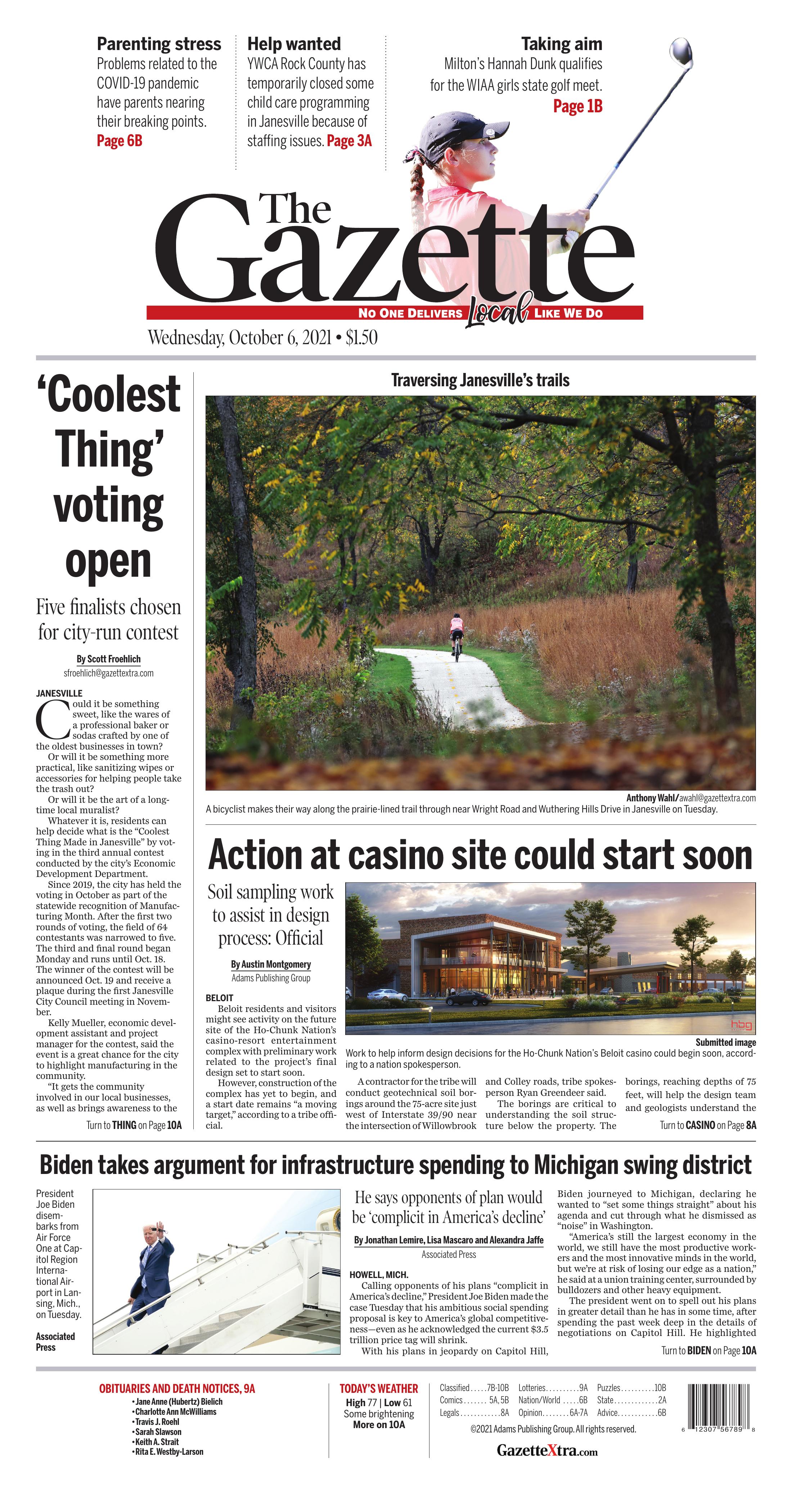 Work to help inform design decisions for the Ho-Chunk Nation’s Beloit casino could begin soon, according to a nation spokesperson.

Beloit residents and visitors might see activity on the future site of the Ho-Chunk Nation’s casino-resort entertainment complex with preliminary work related to the project’s final design set to start soon.

However, construction of the complex has yet to begin, and a start date remains “a moving target,” according to a tribe official.

A contractor for the tribe will conduct geotechnical soil borings around the 75-acre site just west of Interstate 39/90 near the intersection of Willowbrook and Colley roads, tribe spokesperson Ryan Greendeer said.

The borings are critical to understanding the soil structure below the property. The borings, reaching depths of 75 feet, will help the design team and geologists understand the soil bearing pressure and location of groundwater, among other things.

Soil sampling is critical to the $405 million complex, and the project can’t move forward without them.

The soil sampling, Greendeer said, “allows the structural engineer to design the diameter and depth of the concrete piles and caissons required for the foundations of our buildings.”

He stressed that the soil work was not part of the vital fee-to-trust land transfer process that is still pending with the Department of the Interior.

“The actual project is proceeding with design while we await a final decision by the (department) and the transfer of the property,” Greendeer said.

On March 24, Gov. Tony Evers approved the tribe’s casino and resort plan by concurring with a federal decision to move land designated for the project into trust status for the tribe.

Since then, the tribe has awaited the Bureau of Indian Affairs to accept the land into trust, which is the main reason construction has yet to begin.

“Our timeline includes site work and infrastructure on approval, then building begins when feasible,” Greendeer said.

Following Evers’ action last spring, tribe officials said the gaming and family entertainment destination is projected to bring about 1,500 permanent jobs and “thousands” of construction jobs to the Beloit area.

Once fully developed, the site could feature a 300-room hotel, five restaurants and 2,200 slot machines along with 50 gaming tables in the casino. The project is expected to also include a 40,000-square-foot water park, an employee child care facility and 30,000-square-foot conference center and entertainment venue.

The Bad River Lake Superior Chippewa and the St. Croix Chippewa made a proposal to establish a casino in Beloit, but in 2001, the application to place the land for the casino in trust was rejected by the U.S. Department of Interior. The casino proposal was then rejected by the Bureau of Indian Affairs in 2009.

That same year, the Ho-Chunk Nation purchased 30 acres of land where the Chippewa bands had planned to build a casino. The Ho-Chunk purchased 41 acres of land in the area from the City of Beloit in 2013 and moved forward with its own casino project application starting in 2012.

On April 16, 2020, the U.S. Department of Interior approved the Ho-Chunk proposal for a Beloit casino by issuing an approval of land into trust for a portion of the 70-acre property. 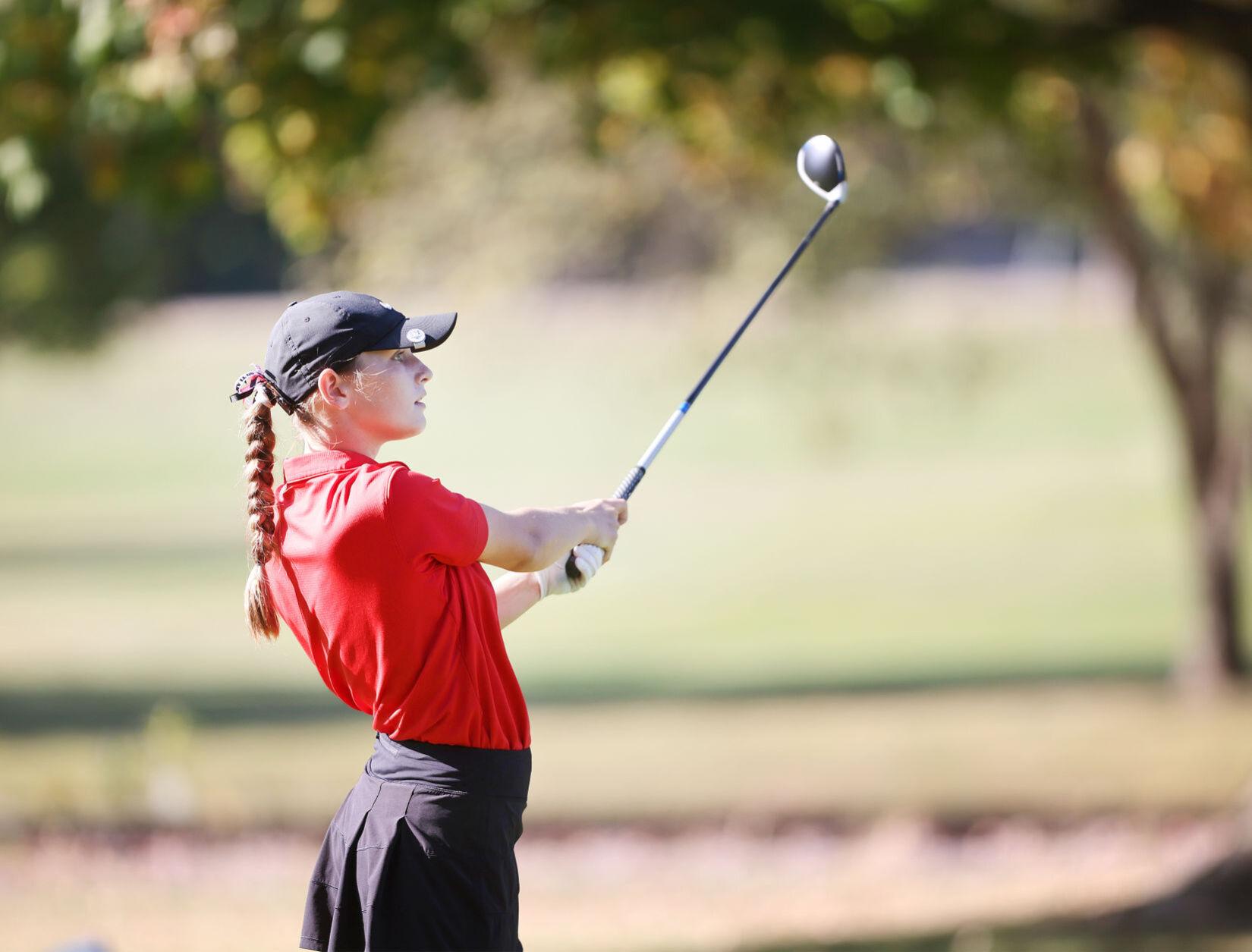 Founded in 1856, Gray Brewing Co. has embedded itself in the rich history of Janesville by providing quality alcoholic beverages and soda.

Could it be something sweet, like the wares of a professional baker or sodas crafted by one of the oldest businesses in town?

Or will it be something more practical, like sanitizing wipes or accessories for helping people take the trash out?

Or will it be the art of a longtime local muralist?

Whatever it is, residents can help decide what is the “Coolest Thing Made in Janesville” by voting in the third annual contest conducted by the city’s Economic Development Department.

Since 2019, the city has held the voting in October as part of the statewide recognition of Manufacturing Month. After the first two rounds of voting, the field of 64 contestants was narrowed to five. The third and final round began Monday and runs until Oct. 18. The winner of the contest will be announced Oct. 19 and receive a plaque during the first Janesville City Council meeting in November.

Kelly Mueller, economic development assistant and project manager for the contest, said the event is a great chance for the city to highlight manufacturing in the community.

Winners of the contest aren’t the only businesses to gain additional exposure. The contest process involves “media blasts” designed to draw attention to each contestant. Economic Development Coordinator Nancy McDonald said this generates a significant amount of local attention. She said the city’s social media game “was pretty strong” throughout.

“To be selected by the community as being the maker of the coolest thing made in Janesville, I think that’s a pretty big deal,” she said.

Each of the five contestants has unique products and all contribute to Janesville in their own way.

For finalist Sarah Gray of Gray Brewing Co., whose handcrafted sodas were selected to be in the top five “coolest” things, being nominated speaks to Janesville’s tradition of being a strong community-driven area.

“We have so many different family run or locally owned businesses here in town (and) I think it’s great that the city of Janesville has put this on,” she said.

Founded in 1856, Gray Brewing Co. has embedded itself in the rich history of Janesville by providing quality alcoholic beverages and soda. Sarah and her brother Fred are fifth-generation owners who have carried the mantle and keep creating products for locals to enjoy.

Another family business in running is Garbage Commander, owned by Kurt Marling and co-operated with his son Dave. The duo creates hauling hooks for people to tow their garbage bins. Born out of the need to efficiently move his bins down a long, steep driveway, Kurt, 65, developed the device in 2014. His hooks can be attached to most engine-powered vehicles to safely and easily transport garbage bins from one point to another.

Kurt runs his business out of his rural Janesville home, allowing him the space to produce the devices. He is amazed by the success he has had running a business in the e-commerce world, especially coming from a generation where brick-and-mortar stores were the gold standard.

“You can take an idea, develop it, refine it and then take it to the market,” he said. “And through a website, you have endless customers.”

On being in the running for a local award, Kurt’s son Dave said he is going to make a bigger deal of winning than just carrying around a plaque.

“It’s something my father invented and we’re trying to make a business out of it and it’s validating,” he said. “That gratification of something we’re doing (being) looked at is pretty neat.”

Finalist Jill Henderson was unaware her Halo Health Sanitizing Wipes qualified for the contest, let alone knew she was being nominated.

“My significant other was looking at his friend’s (Facebook) page and said ‘Hey, you know, we’ve been nominated for this list.’ It was such a cute surprise,” she said.

A clinical consultant who specializes in infection prevention, Henderson started making her wipes during the height of the COVID-19 pandemic when she was assigned to work in Washington, D.C., and found out her hotel had completely run out of sanitizer.

“We were really in a horrible situation, and it was an international hub,” she said. She then took it upon herself to make her own wipes and wound up making enough for the entire hotel.

Seeing the importance of people maintaining proper hygiene, especially in public during a pandemic, Henderson took her newly made product back home to Janesville and started selling the wipes at the farmers market in town.

“I started this as a real small project with friends and family where they would purchase, and my family was like ‘Oh my gosh, she doesn’t stop,’ but it was a coping skill to work through the frustration with COVID-19,” she said.

While Henderson does make money through sales, she considers herself a not-for-profit since she gives away as much of her product as she sells.

“It purely is an artisan effort, just to make sure people stop bypassing sanitizing stations at grocery stores … because it smells so horrible,” she said.

The wipes have various scents, which she says encourages people to actually use them.

“So now we have a bubble gum scent that’s kind of been a hit at the farmers market,” she said, before cautioning children to resist eating them. “I do state very clearly ‘For the love of God, please do not ingest.’” 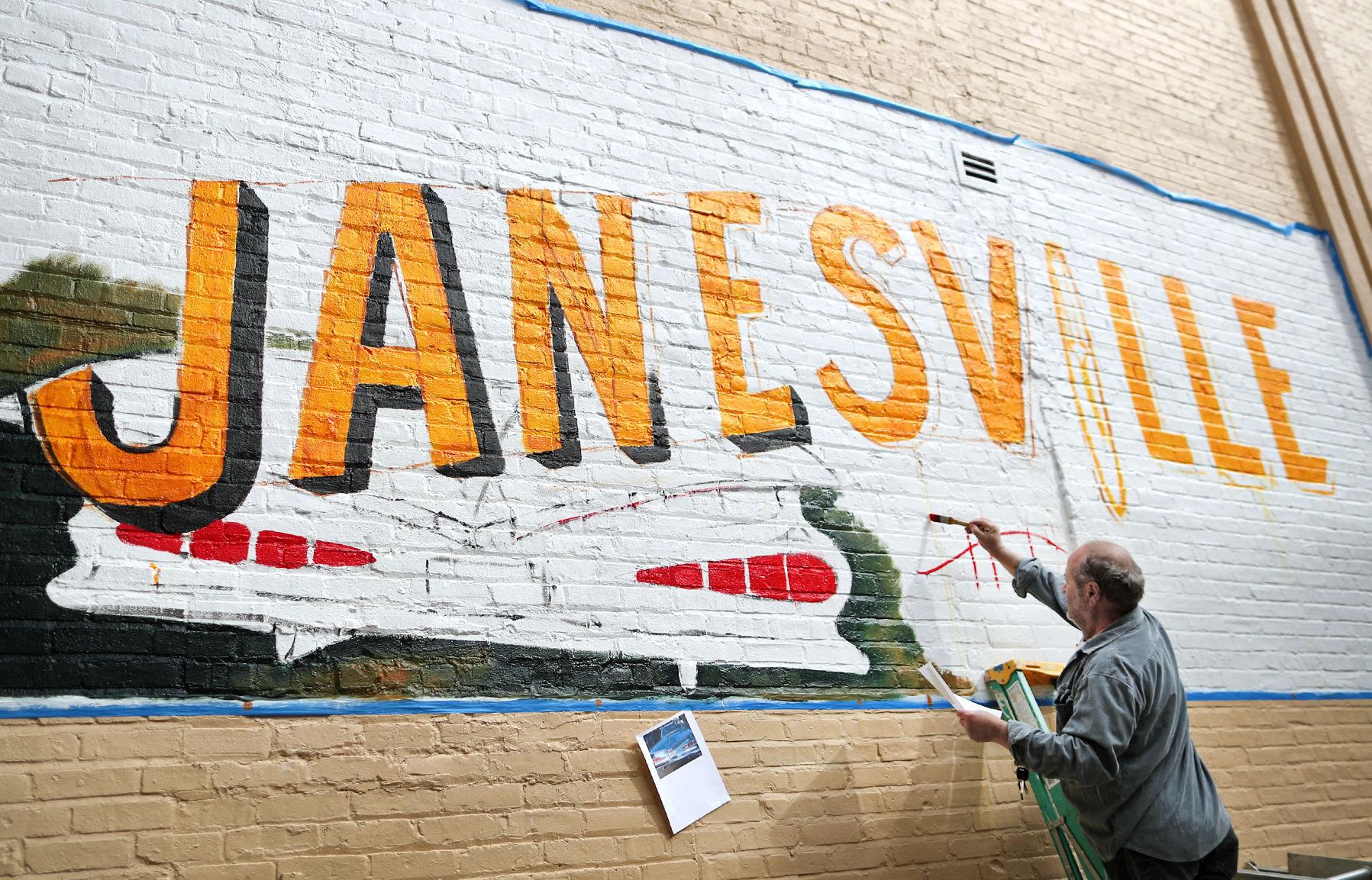 Local Janesville artist Jim Richter works on a mural in the one-block alleyway behind storefronts along the first block of West Milwaukee Street. The renamed “Doty Mill Alley” will serve as a pedestrian walkway between the new town square and the festival street area along River Street.

James Richter’s mural work has been a fixture in Janesville with works featured prominently throughout the city. Among the many pieces are “The Circuit,” a classic car painting on West Milwaukee Street, and the Janesville postcard piece in an alley off North River Street. According to his website, Richter’s career has spanned more than 50 years, and he has created various works of art throughout Wisconsin and across the country.

Finally, Hailey’s Sweets and Treats rounds out the list of contestants and features a decorated baker who has made a name for herself in Janesville over the past seven years.

Hailey Smith started her bakery in 2014 and since then has won Gazette Reader’s Choice awards in 2017 and 2020 in addition to awards in Wisconsin Bride Magazine’s “Best Of” contests in 2018 and 2019.

Smith said in a statement her business is “honored to even be nominated, as Janesville has many amazing products and companies.”

“I absolutely love creating edible works of art for many special occasions, so it warms my heart to know the community loves our sweet treats,” she said.

Those wanting to cast a vote for one of the five contestants can do so at bit.ly/3BaYxgG.