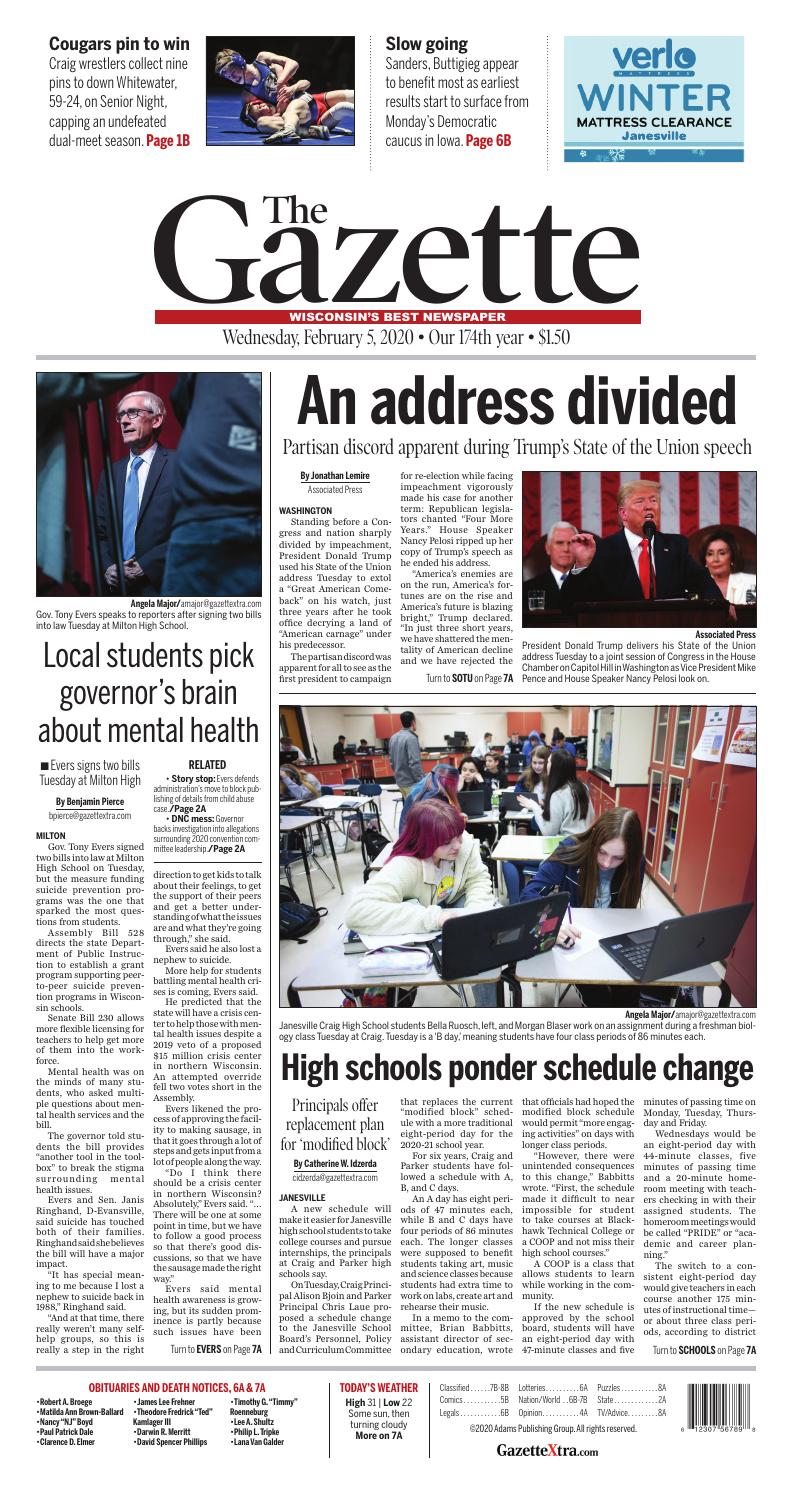 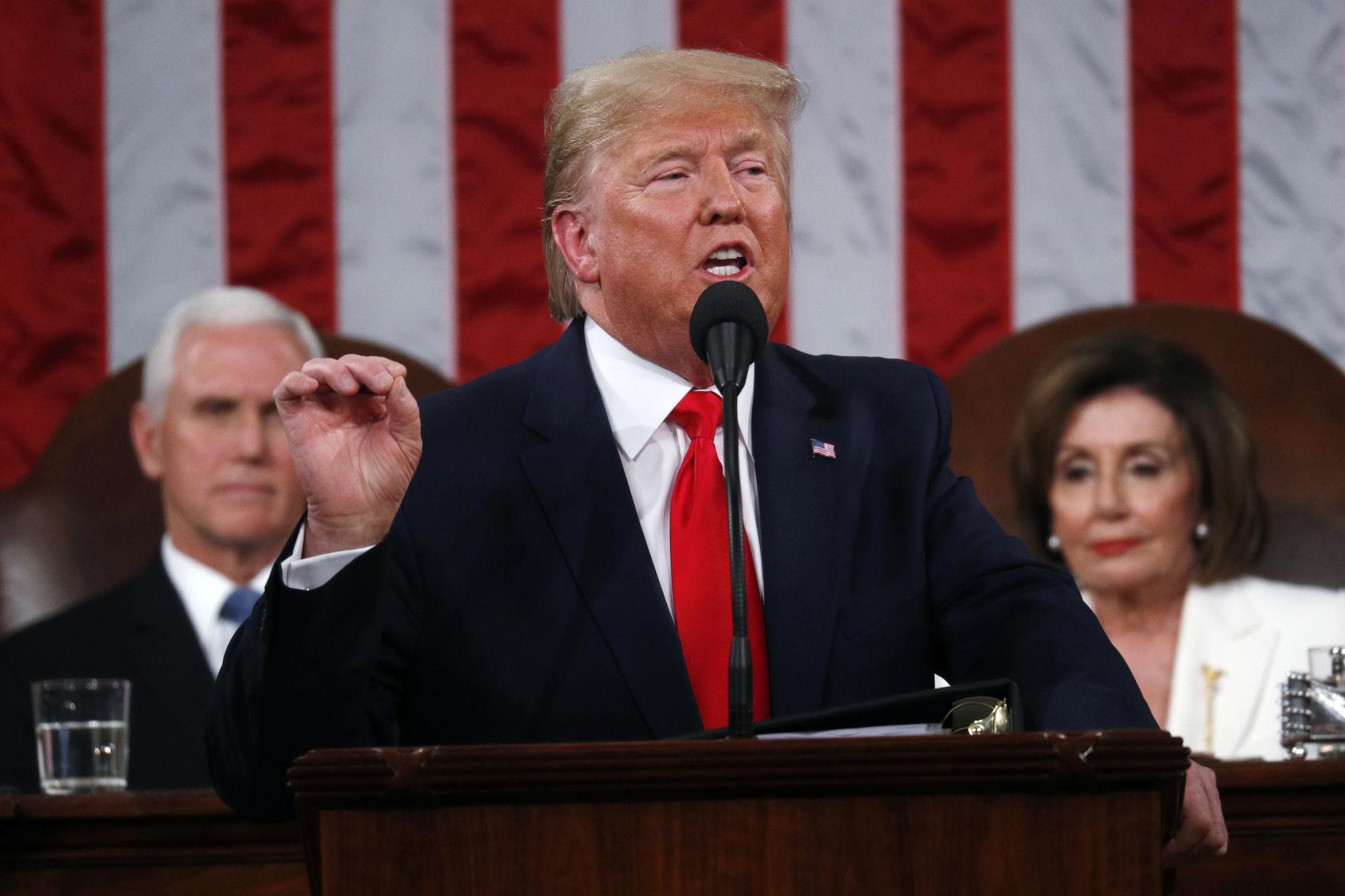 President Donald Trump delivers his State of the Union address to a joint session of Congress in the House Chamber on Capitol Hill in Washington, Tuesday, Feb. 4, 2020, as Vice President Mike Pence and Speaker Nancy Pelosi look on. (Leah Millis/Pool via AP)

Janesville Craig High School students Bella Ruosch, left, and Morgan Blaser work on an assignment during a freshman biology class Tuesday at Craig. Tuesday is a ‘B day,’ meaning students have four class periods of 86 minutes each.

A new schedule will make it easier for Janesville high school students to take college courses and pursue internships, the principals at Craig and Parker high schools say.

For six years, Craig and Parker students have followed a schedule with A, B, and C days.

An A day has eight periods of 47 minutes each, while B and C days have four periods of 86 minutes each. The longer classes were supposed to benefit students taking art, music and science classes because students had extra time to work on labs, create art and rehearse their music.

In a memo to the committee, Brian Babbitts, assistant director of secondary education, wrote that officials had hoped the modified block schedule would permit “more engaging activities” on days with longer class periods.

“However, there were unintended consequences to this change,” Babbitts wrote. “First, the schedule made it difficult to near impossible for student to take courses at Blackhawk Technical College or a COOP and not miss their high school courses.”

A COOP is a class that allows students to learn while working in the community.

If the new schedule is approved by the school board, students will have an eight-period day with 47-minute classes and five minutes of passing time on Monday, Tuesday, Thursday and Friday.

Wednesdays would be an eight-period day with 44-minute classes, five minutes of passing time and a 20-minute homeroom meeting with teachers checking in with their assigned students. The homeroom meetings would be called “PRIDE” or “academic and career planning.”

The switch to a consistent eight-period day would give teachers in each course another 175 minutes of instructional time—or about three class periods, according to district documents.

Because the block schedule is so different from the middle school schedule, it is difficult for middle and high schools to share teachers, Babbitts wrote.

Board member Dale Thompson asked for the reason behind the change. When block scheduling was introduced, it was considered an innovation in education, he said.

Bjoin, Craig’s principal, explained that block scheduling worked in many ways, but the district now is more focused on encouraging students to take college-level courses or pursue internships while in high school.

Teachers and students were surveyed about class schedules.

About 200 teachers responded to the survey—55% from Craig and 44% from Parker. Only 26% of responding teachers supported the modified block schedule, with the remainder supporting some variation of the eight-period day.

About 1,792 Craig and Parker students responded to the survey—60% from Craig and about 40% from Parker.

About 40% of students who responded said they would like a more consistent schedule with daily class periods of less than an hour.

Another 30% said they preferred the schedule the way it is now.

The proposal still must be approved by the full board. The next meeting is Tuesday. 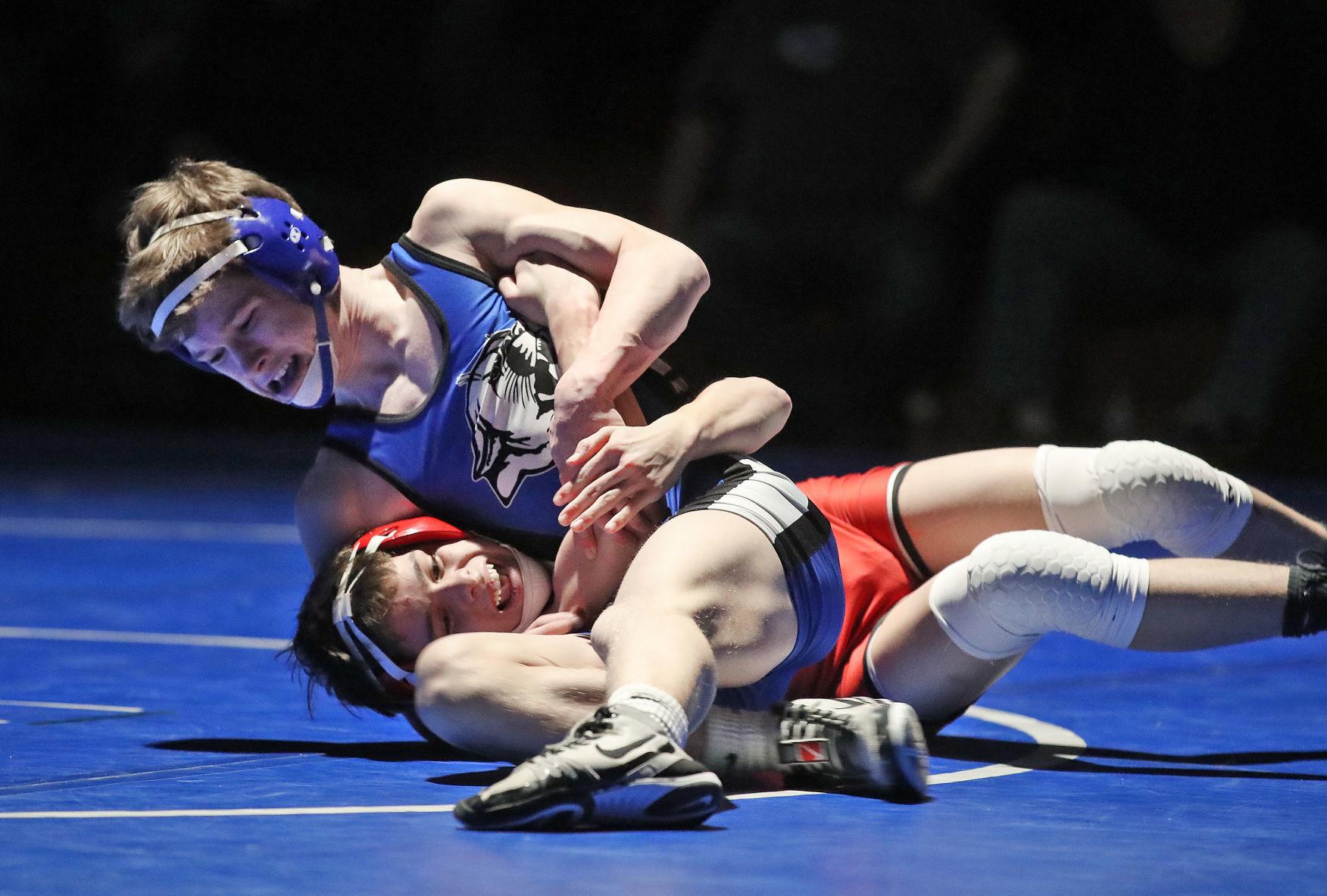 Gov. Tony Evers speaks to Milton High School students Tuesday. He was at the school to sign two bills into law.

Gov. Tony Evers signed two bills into law at Milton High School on Tuesday, but the measure funding suicide prevention programs was the one that sparked the most questions from students.

Senate Bill 230 allows more flexible licensing for teachers to help get more of them into the workforce. 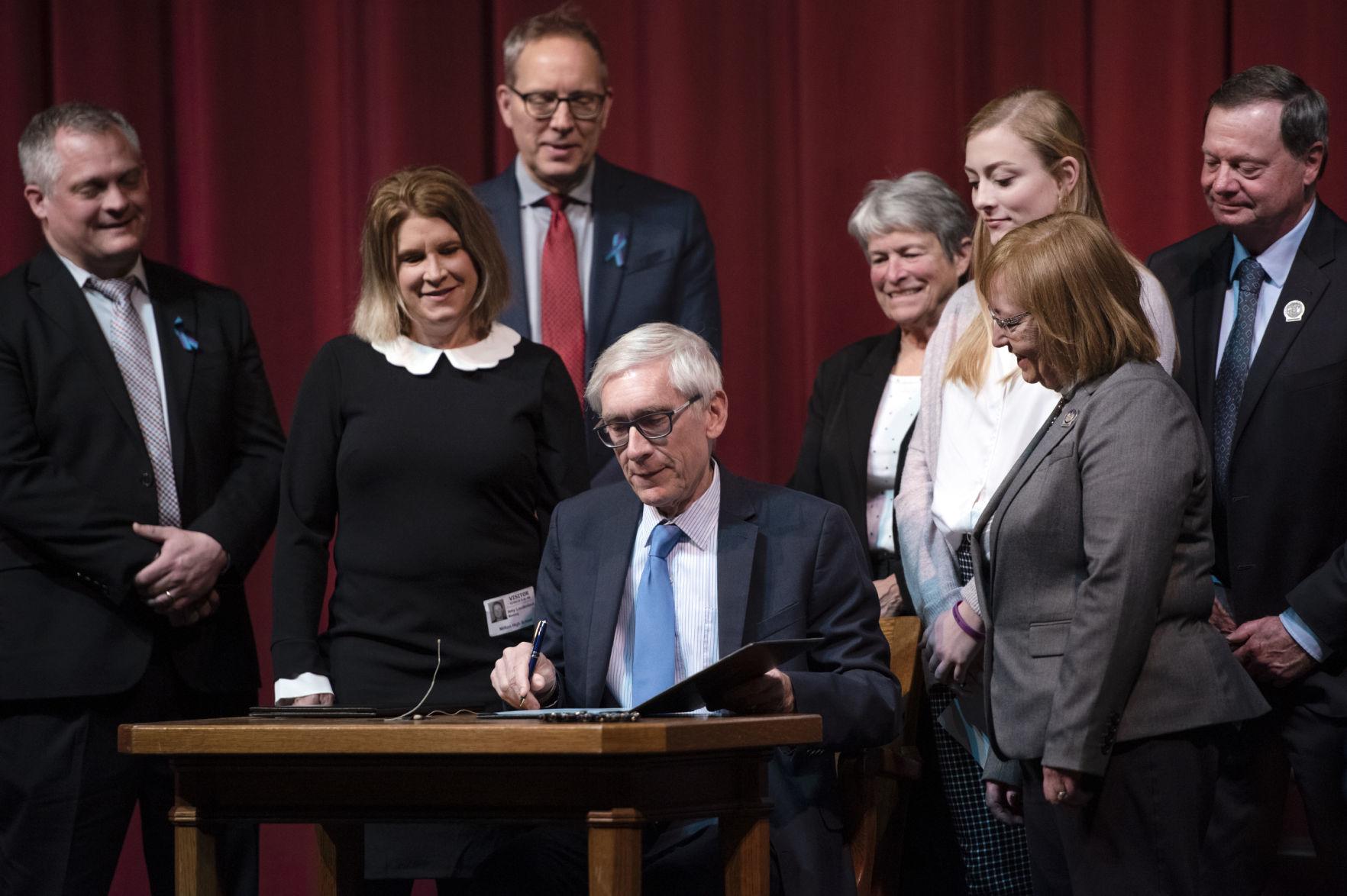 Mental health was on the minds of many students, who asked multiple questions about mental health services and the bill.

The governor told students the bill provides “another tool in the toolbox” to break the stigma surrounding mental health issues.

Evers and Sen. Janis Ringhand, D-Evansville, said suicide has touched both of their families. Ringhand said she believes the bill will have a major impact.

“It has special meaning to me because I lost a nephew to suicide back in 1988,” Ringhand said.

“And at that time, there really weren’t many self-help groups, so this is really a step in the right direction to get kids to talk about their feelings, to get the support of their peers and get a better understanding of what the issues are and what they’re going through,” she said.

Evers said he also lost a nephew to suicide. 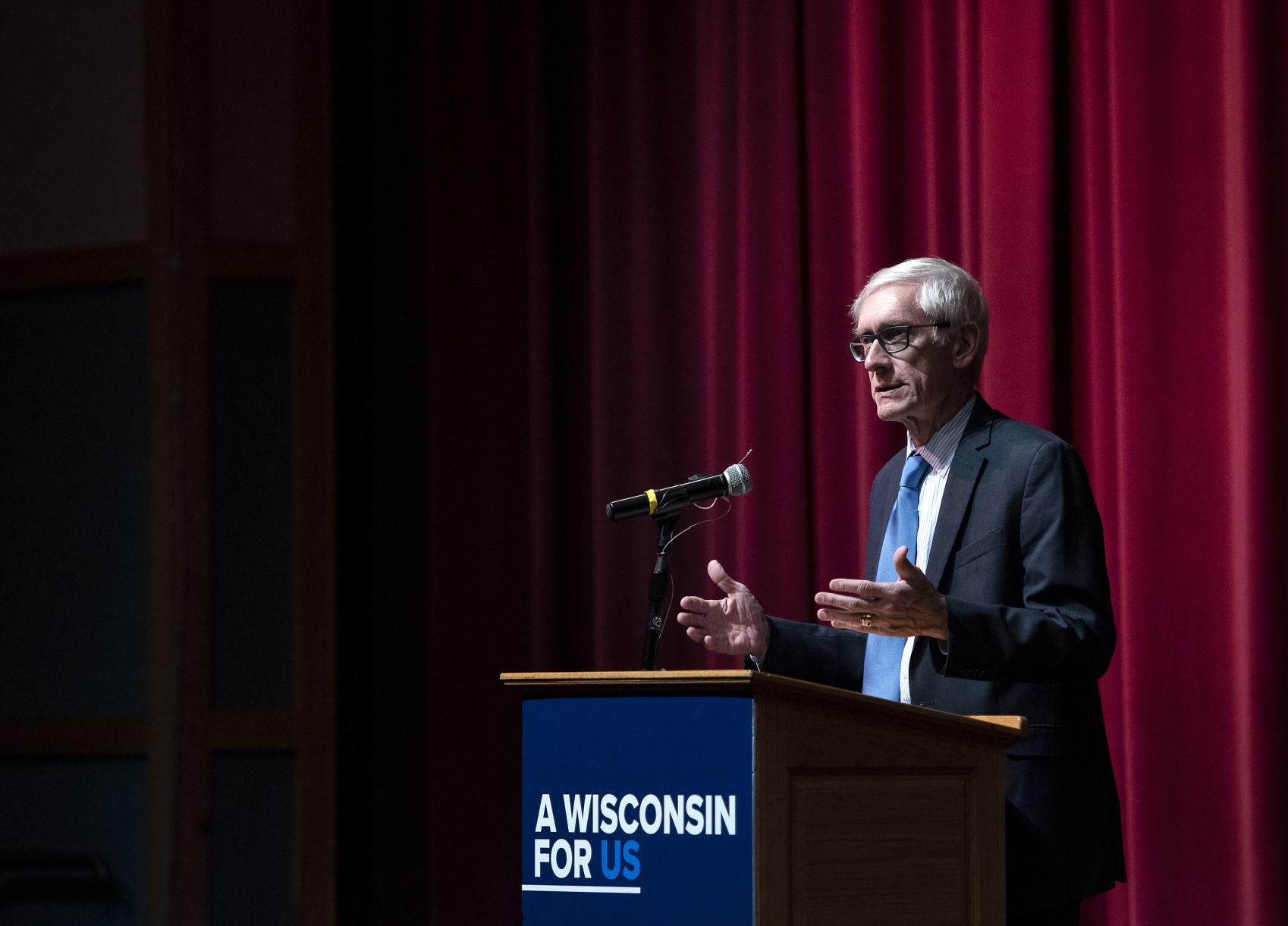 He predicted that the state will have a crisis center to help those with mental health issues despite a 2019 veto of a proposed $15 million crisis center in northern Wisconsin. An attempted override fell two votes short in the Assembly.

Evers likened the process of approving the facility to making sausage, in that it goes through a lot of steps and gets input from a lot of people along the way.

“Do I think there should be a crisis center in northern Wisconsin? Absolutely,” Evers said. “…There will be one at some point in time, but we have to follow a good process so that there’s good discussions, so that we have the sausage made the right way.” 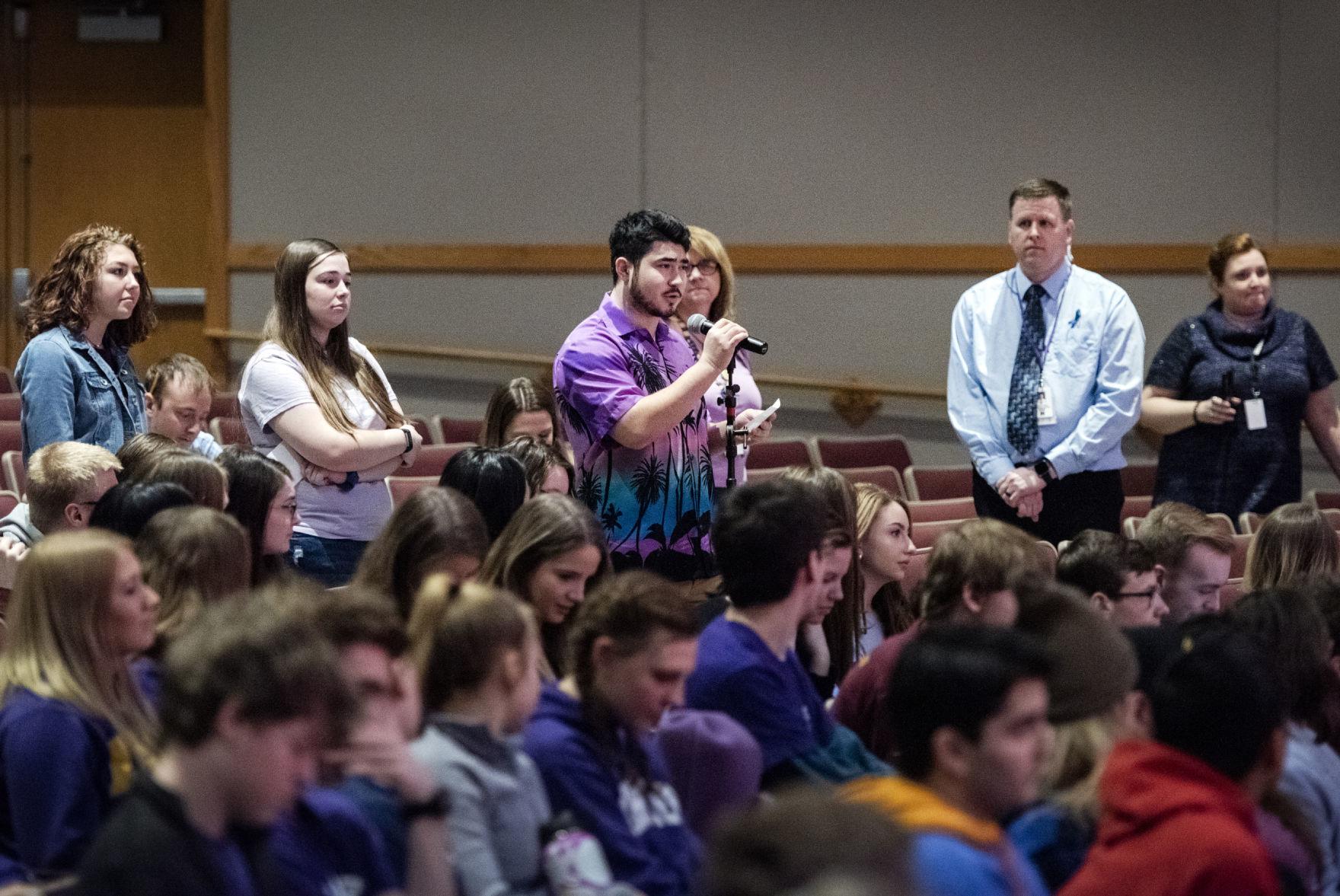 Evers said mental health awareness is growing, but its sudden prominence is partly because such issues have been ignored in the past. He said northern Wisconsin in particular needs help because some students don’t have mental health professionals within 200 miles of their homes.

“If I had a magic wand, I would find ways to make sure that there were mental health professionals all across the state of Wisconsin. That’s critical, so we have to find a way to make that happen,” Evers said.

Michael Dorn, a math teacher who works with Project Maria, an eating disorder awareness group, asked Evers about the lack of insurance coverage for mental health treatment and the shortage of mental health professionals. 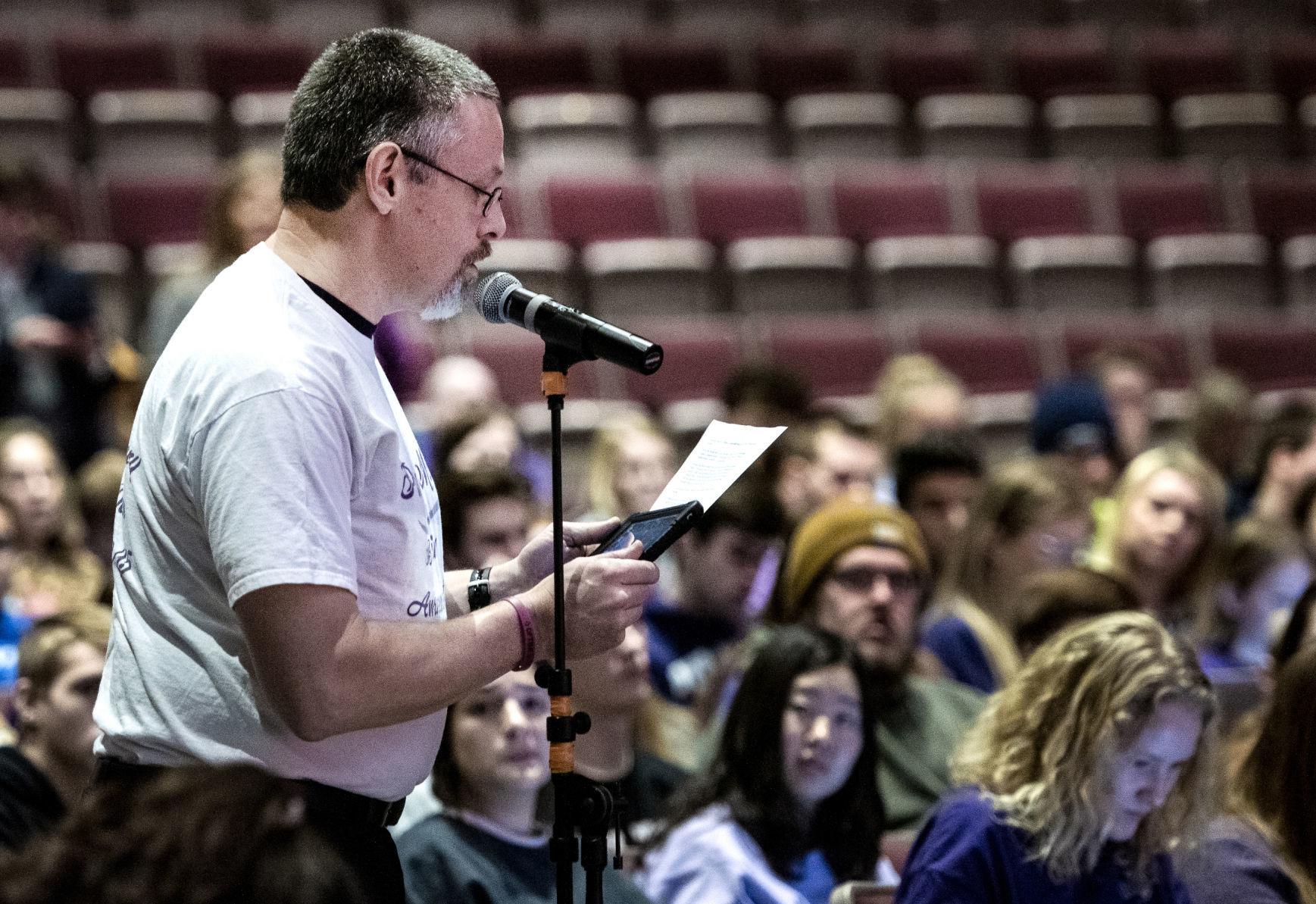 “The state has a role to play in what parts of insurance are required,” Evers said. “I think we need to look long and hard at that to make sure that all insurance companies in the state that offer health insurance, those companies need to have some kind of piece in their policy that allows it to happen a much better way.”

He said the state might consider helping students with educational costs if they complete certain mental health care programs or degrees.

“If need be, we’re going to have to start subsidizing preparation of those folks and even subsidizing, getting people in all across the state,” he said.

Grace Quade, a junior and founding member of the school’s NAMI Raise Your Voice Club, which shares resources and sparks conversations about mental health, said Evers’ signing of the mental health bill is important.

“Through these bills, youth across Wisconsin will learn how to effectively support their peers in times of need, and efforts will be made to break down negative stigma surrounding mental health and suicide prevention,” she said. “All students face mental health challenges to varying degrees.” 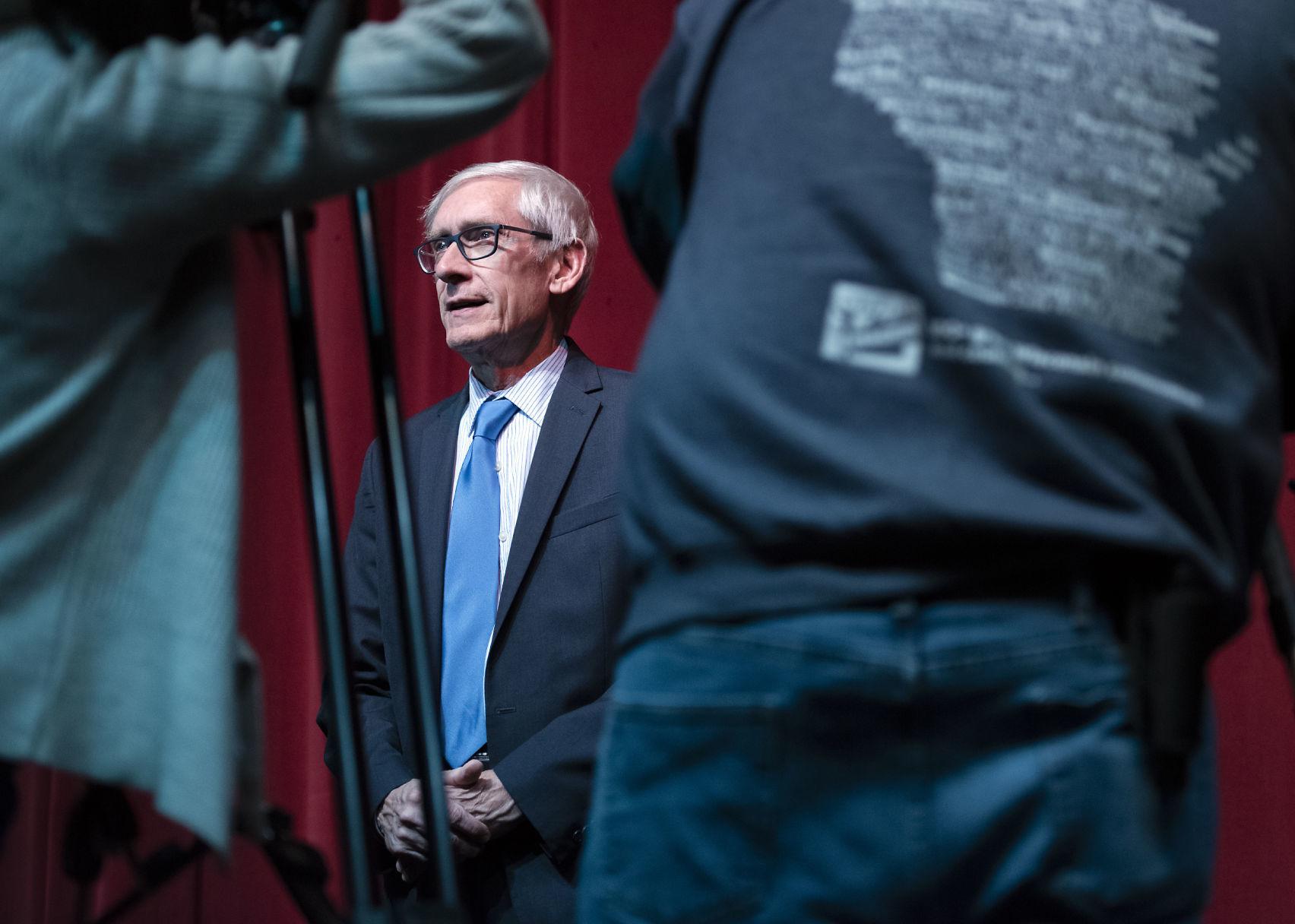 “Today we get to see part of the lawmaking process in action,” Bilhorn said. “What we teach in the classroom when we talk about how government works in Wisconsin, we get to see a very important part of that happen today.” 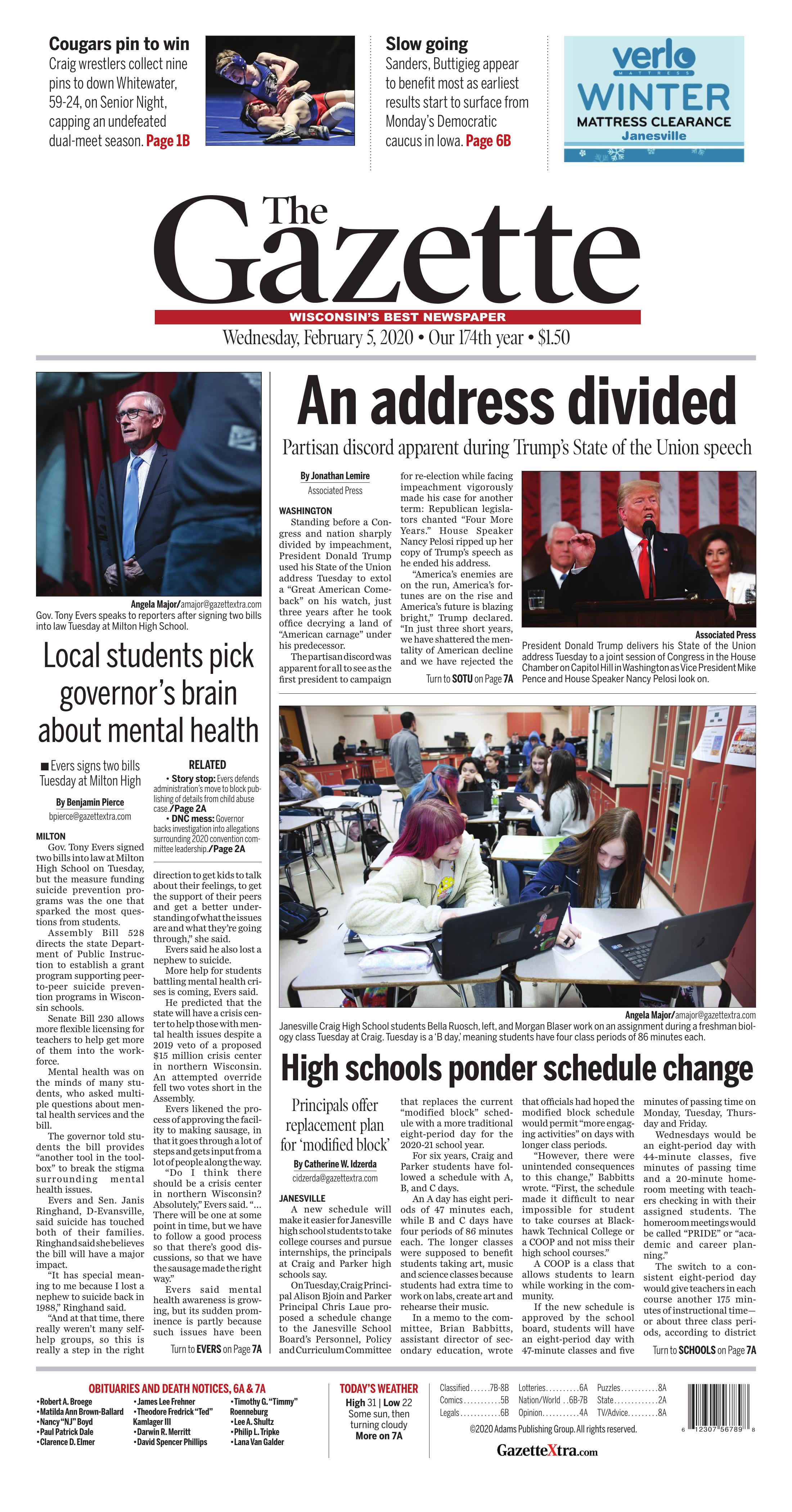