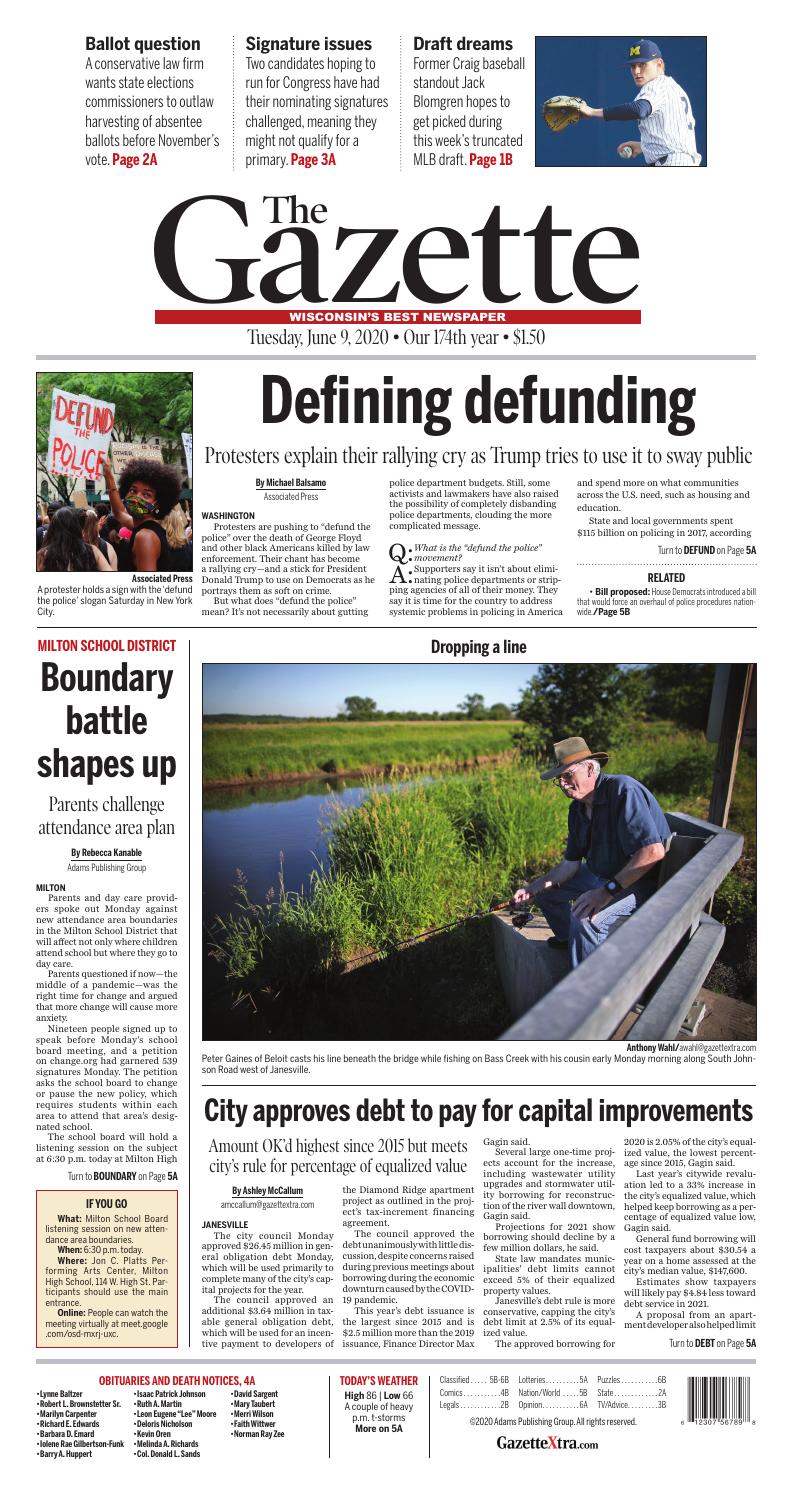 The city council Monday approved $26.45 million in general obligation debt Monday, which will be used primarily to complete many of the city’s capital projects for the year.

The council approved an additional $3.64 million in taxable general obligation debt, which will be used for an incentive payment to developers of the Diamond Ridge apartment project as outlined in the project’s tax-increment financing agreement.

The council approved the debt unanimously with little discussion, despite concerns raised during previous meetings about borrowing during the economic downturn caused by the COVID-19 pandemic.

This year’s debt issuance is the largest since 2015 and is $2.5 million more than the 2019 issuance, Finance Director Max Gagin said.

Projections for 2021 show borrowing should decline by a few million dollars, he said.

Janesville’s debt rule is more conservative, capping the city’s debt limit at 2.5% of its equalized value.

The approved borrowing for 2020 is 2.05% of the city’s equalized value, the lowest percentage since 2015, Gagin said.

Last year’s citywide revaluation led to a 33% increase in the city’s equalized value, which helped keep borrowing as a percentage of equalized value low, Gagin said.

A proposal from an apartment developer also helped limit the city’s 2020 borrowing. Ryan Shoelace LLC, which is building The Glade apartment complex near where Racine Street goes over Interstate 90/39, paid special assessments on the expansion of Myrtle Way in a lump sum up front.

That allowed the city to issue $837,000 less than anticipated, and the property owner will avoid paying interest, Gagin said.

The following projects are included in this year’s capital improvement plan. Costs listed are total costs, and some projects are funded only partially by borrowing.

A full list and descriptions of capital improvement projects can be found in the materials for Monday night’s council meeting on the city’s website. 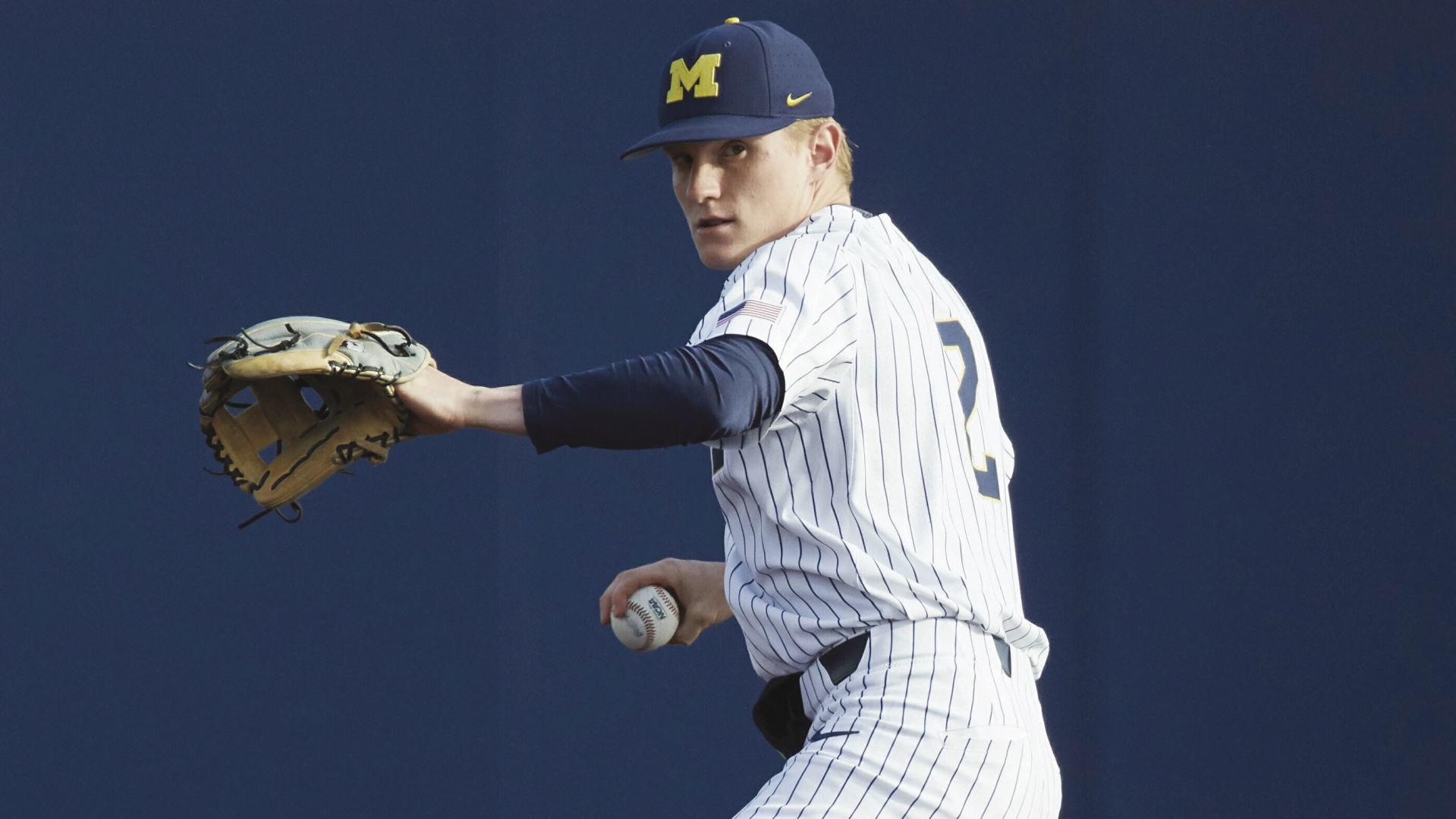 Michigan sophomore Jack Blomgren makes a throw during a nonconference baseball game against Eastern Michigan on May 8. Blomgren, a 2017 Janesville Craig graduate, and the Wolverines open a best-of-three NCAA Super Regional at UCLA on tonight.

Parents and day care providers spoke out Monday against new attendance area boundaries in the Milton School District that will affect not only where children attend school but where they go to day care.

Parents questioned if now—the middle of a pandemic—was the right time for change and argued that more change will cause more anxiety.

Nineteen people signed up to speak before Monday’s school board meeting, and a petition on change.org had garnered 539 signatures Monday. The petition asks the school board to change or pause the new policy, which requires students within each area to attend that area’s designated school.

The school board will hold a listening session on the subject at 6:30 p.m. today at Milton High School.

In the past, families had been allowed to request which elementary school they wanted their children to attend. Students who lived in one school’s attendance area were able to choose a school outside their area.

James Hudzinski, whose son is going into second grade at Milton West Elementary, spoke via video conference. Like other parents, he suggested a phased-in approach that would grandfather students already in school and start with students entering 4K.

Milton East, Milton West and Harmony will offer 4K in the 2020-21 school year. Consolidated will not offer 4K, which was one of the concerns raised by parents.

School board President Joe Martin said administrators have been looking at boundaries since last fall.

“While we certainly respect and expect your advocacy for your kids,” Martin said the board’s job is to take care of 3,500 kids.

In a question-and-answer document, district officials have said the old system is not equitable or sustainable: It keeps a student who lives closer to a school from attending that school if his or her place is already taken by a student who lives across the district.

The new system has clearly defined attendance areas for each of the district’s four elementary schools. Exceptions are limited to families who need specific academic programs that are not offered at all schools or to balance class sizes.

“This is a complex issue that has a bit of a domino effect,” Martin said. “… I felt badly after the May meeting that it unfolded the way it did.”

As it became clear that residents had questions and sought interaction, Martin scheduled a community forum.

He said the board is willing to compromise if a better solution can be found.

Some parents and day care providers got teary at the thought of losing their day care families.

Schools partnering with the Parker YMCA might offer before- and after-school care, but Leah Zastipoul of Zasty’s Family Child Care said some children don’t do well in larger groups from 7 a.m. to 5 p.m. She asked where those children would go during summer or during school breaks.

She said as a business owner she could not afford to hold spots for children. She predicted child care providers would close. 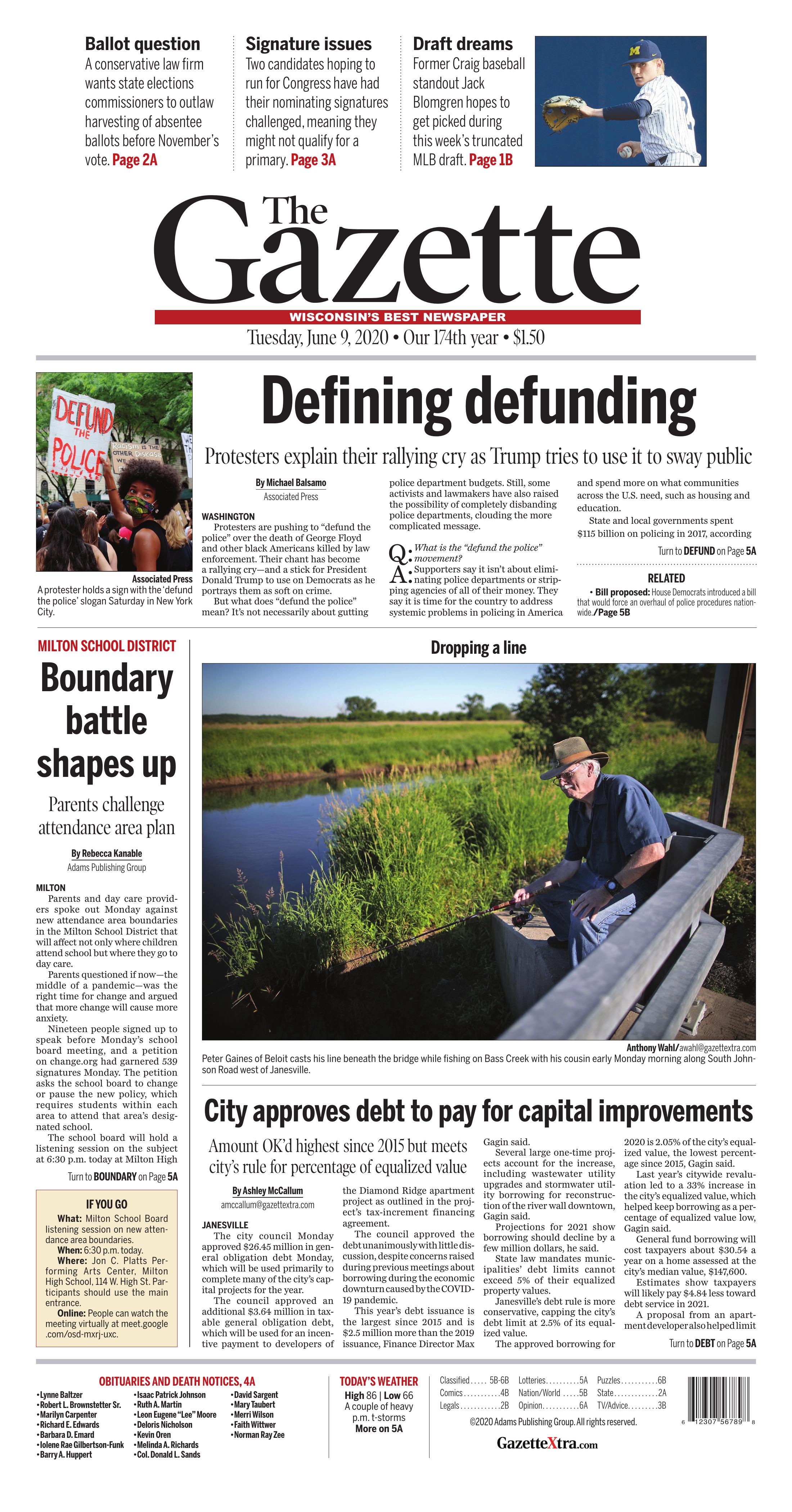