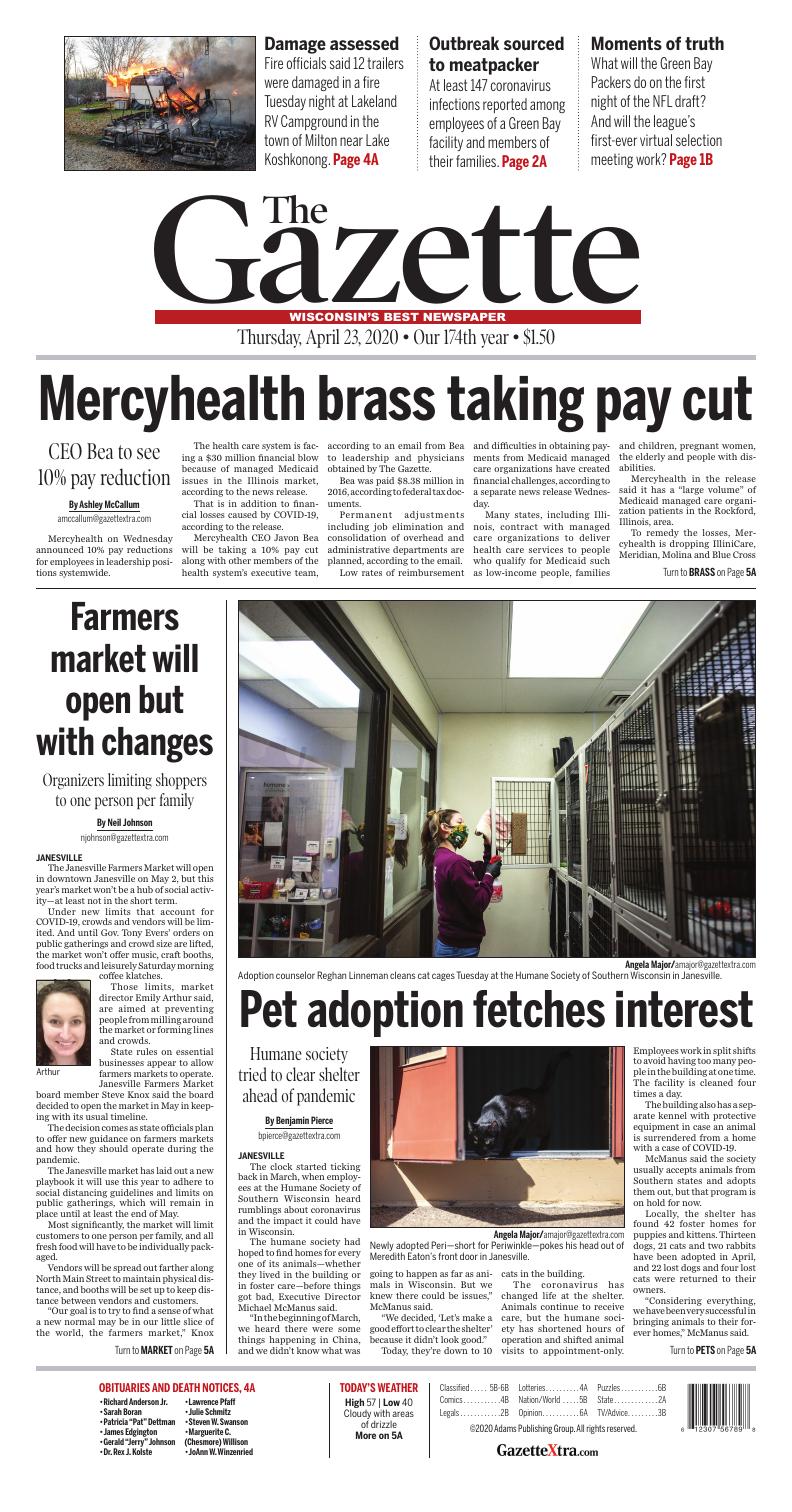 The clock started ticking back in March, when employees at the Humane Society of Southern Wisconsin heard rumblings about coronavirus and the impact it could have in Wisconsin.

The humane society had hoped to find homes for every one of its animals—whether they lived in the building or in foster care—before things got bad, Executive Director Michael McManus said.

“In the beginning of March, we heard there were some things happening in China, and we didn’t know what was going to happen as far as animals in Wisconsin. But we knew there could be issues,” McManus said. 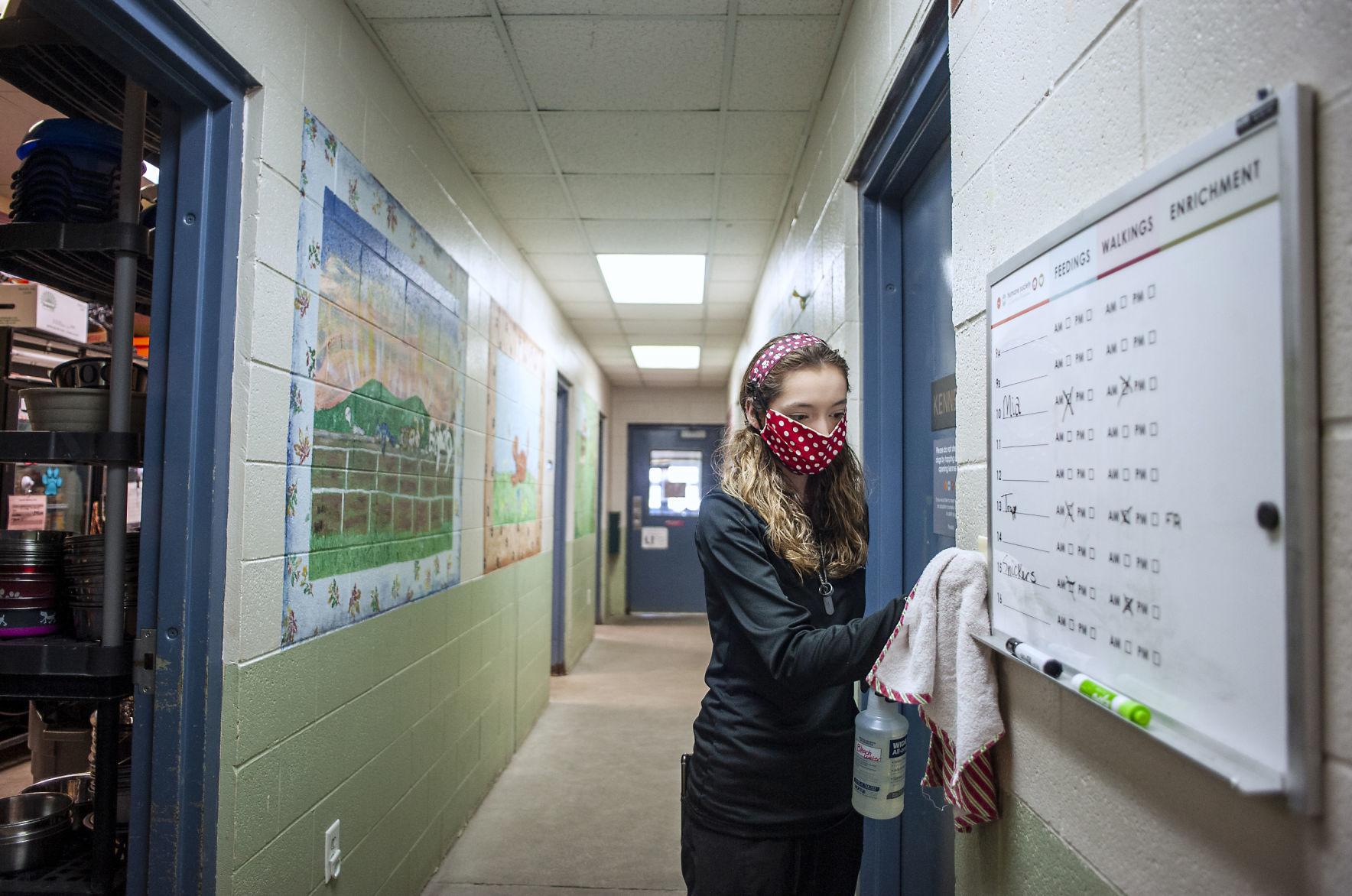 Raina Villarreal, who works as intake staff at the Humane Society of Southern Wisconsin, does routine cleaning of doorknobs, light switches and cage latches Tuesday at the Janesville facility. Staff cleans the facility four times a day. The facility has found homes for all of its animals except for 10 cats, Executive Director Michael McManus said.

“We decided, ‘Let’s make a good effort to clear the shelter’ because it didn’t look good.”

Today, they’re down to 10 cats in the building.

The coronavirus has changed life at the shelter. Animals continue to receive care, but the humane society has shortened hours of operation and shifted animal visits to appointment-only. Employees work in split shifts to avoid having too many people in the building at one time. The facility is cleaned four times a day.

The building also has a separate kennel with protective equipment in case an animal is surrendered from a home with a case of COVID-19.

McManus said the society usually accepts animals from Southern states and adopts them out, but that program is on hold for now.

Locally, the shelter has found 42 foster homes for puppies and kittens. Thirteen dogs, 21 cats and two rabbits have been adopted in April, and 22 lost dogs and four lost cats were returned to their owners.

“Considering everything, we have been very successful in bringing animals to their forever homes,” McManus said.

Today, the dog areas are empty, and just 10 adoptable cats remain. McManus believes people spending more time at home during the pandemic played a role in the increase in adoptions. 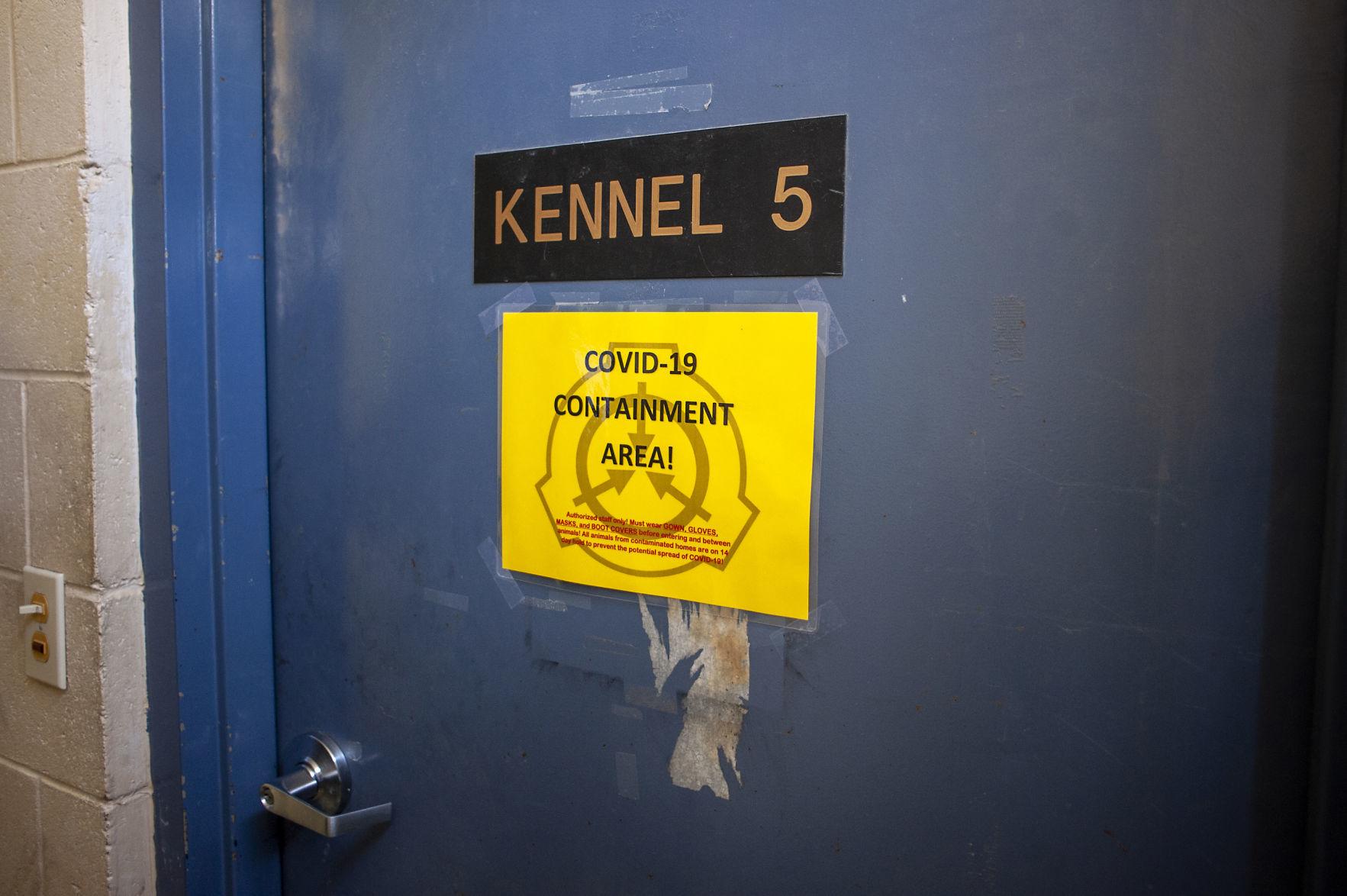 A kennel at the Humane Society of Southern Wisconsin is prepped to house animals that might have been exposed to COVID-19.

“I truly believe some of the people who may have known that they were going to be working at home and knew they would have the extra time to pay to a kitten or dog, that could have something to do with us being so close to empty,” he said.

For people such as Janesville resident Meredith Eaton, it was the right time to adopt.

She adopted Peri, a male cat, a month ago during the stay-at-home order and said things have worked out better than she imagined.

“I’ve been thinking about getting a pet for quite some time,” Eaton said, “and since I knew I was going to be stuck at home for the foreseeable future, I figured it was the right time so I could give it the proper time with me here to get acclimated to its new home.

“Knowing that I had to be home definitely influenced the decision.”

People who want to adopt animals are advised to browse through the animals on the humane society’s website before making an appointment. The humane society is taking the temperature of anyone who enters the building.

The shelter has a limited supply of free pet food available for residents. McManus said people might have a harder time caring for their pets if they’re furloughed or working fewer hours, so they can call the shelter for some food. 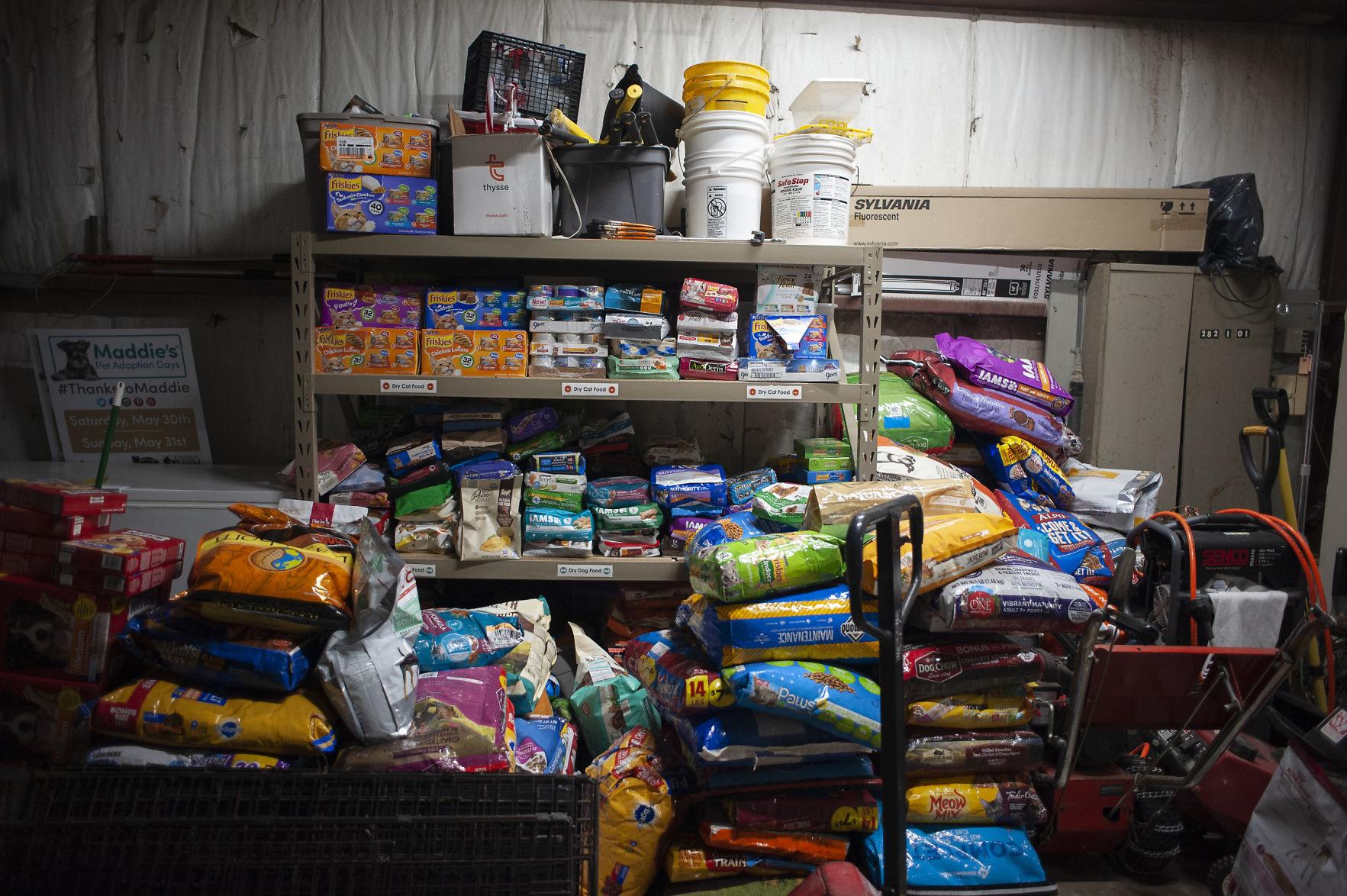 Donated pet food is piled in a room at the Humane Society of Southern Wisconsin in Janesville on Tuesday. The food is for families facing financial strain during the pandemic.

With kitten season approaching, McManus said employees are expecting many new residents. Both he and Eaton said the timing could be right for others to adopt.

“The public has really stepped up, and it’s making a difference,” McManus said. “I would love to empty the shelter and get these animals homes.”

Eaton said she had reservations about adopting at first, but Peri is the perfect match for her.

“He has blossomed into this kitty just full of personality and energy and love,” she said. “He is a wonderful, wonderful cat. … I’ve never really been a pet person, and I am just in love with this cat. Rescue is the way to go. This has worked out so perfectly for me.” 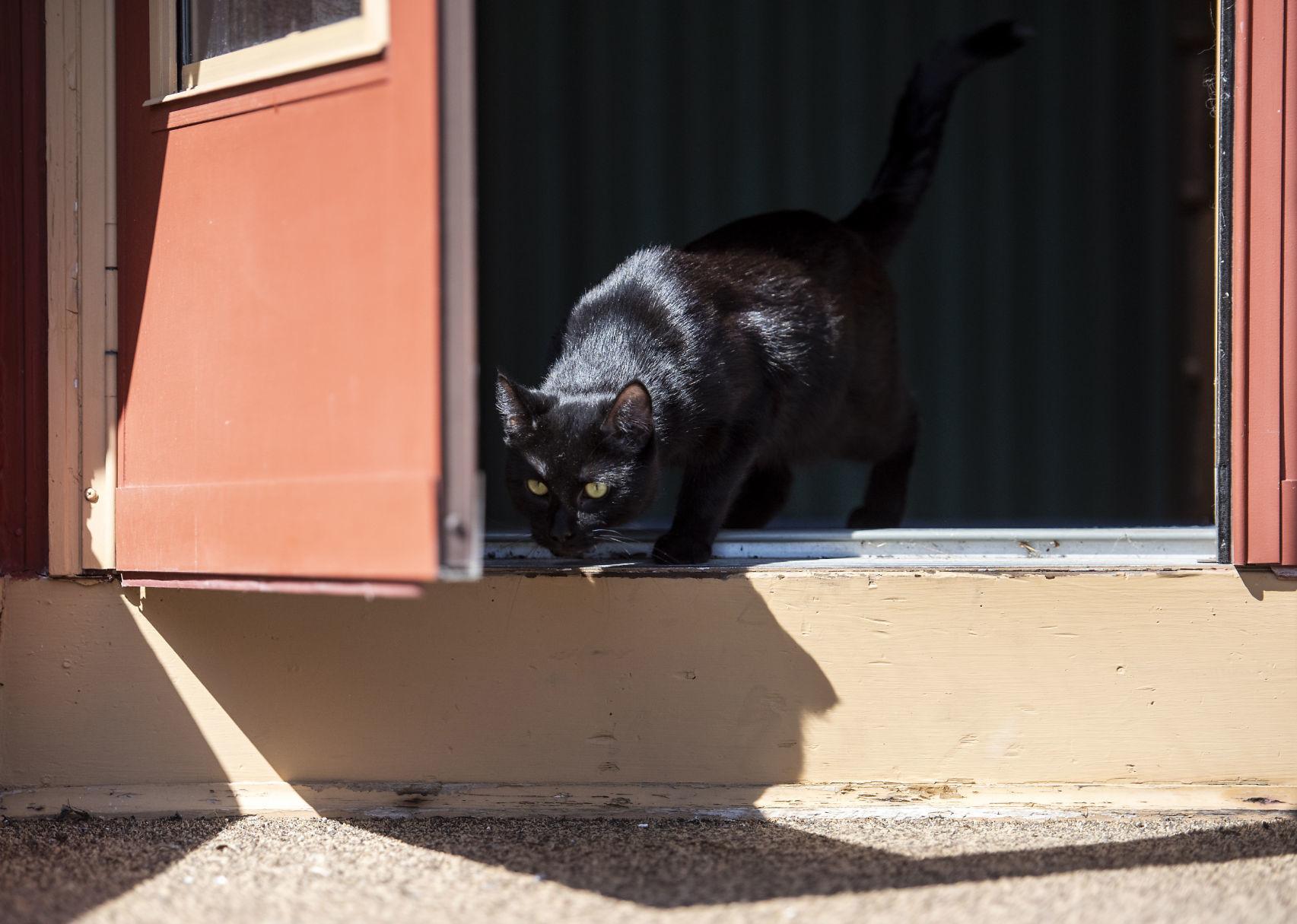 Newly adopted Peri—short for Periwinkle—pokes his head out of Meredith Eaton’s front door in Janesville. 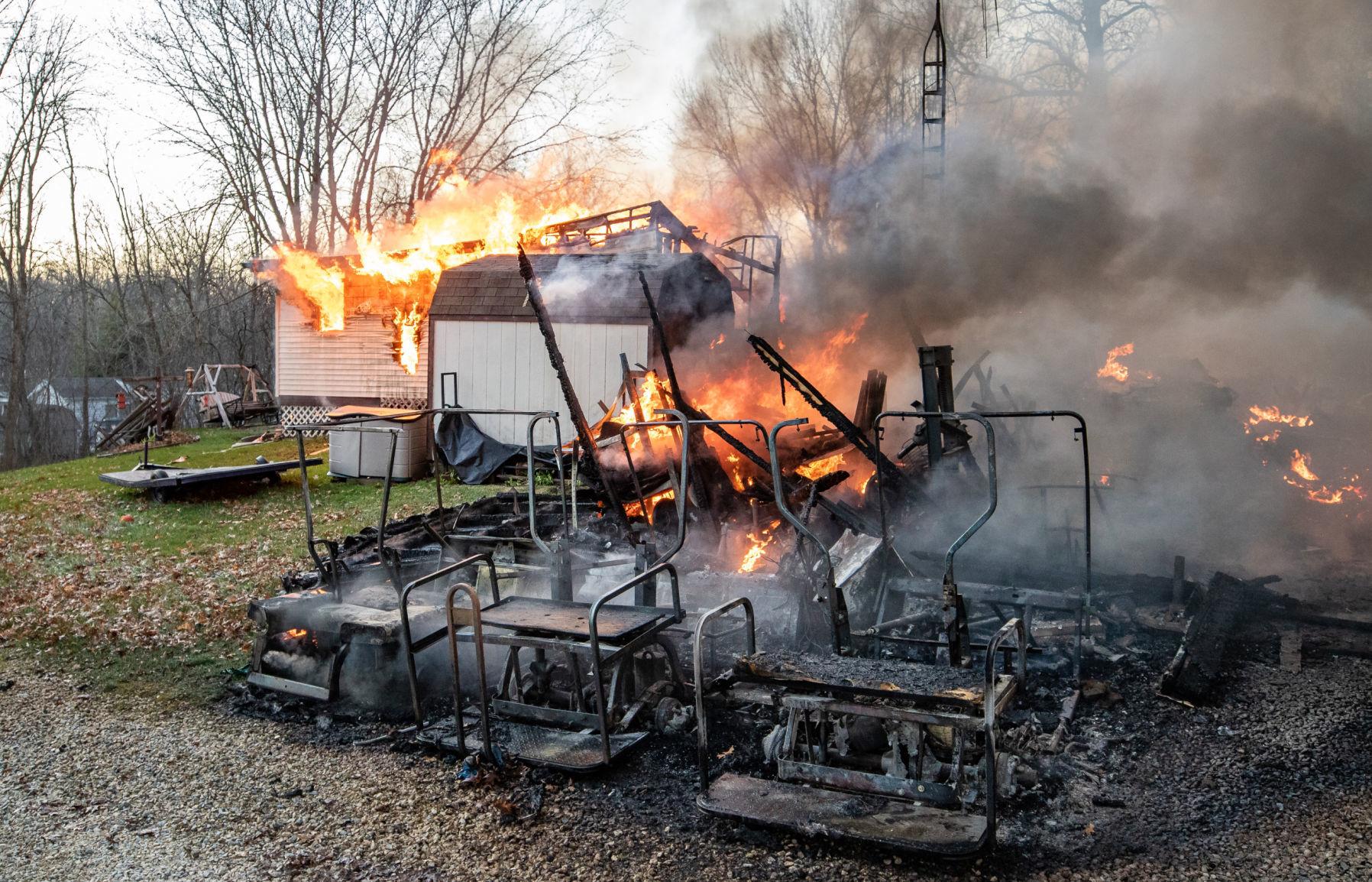 Local
Janesville Farmers Market to open in May with COVID-19 restrictions
By Neil Johnson njohnson@gazettextra.com

Tom Brain of Bennett’s Greenhouse talks with customers during opening day at the Janesville Farmers Market in downtown Janesville on May 5, 2018. The market will open May 2 this year but will operate under crowd restrictions imposed by Gov. Tony Evers to limit the public’s risk of COVID-19 infection.

The Janesville Farmers Market will open in downtown Janesville on May 2, but this year’s market won’t be a hub of social activity—at least not in the short term.

Under new limits that account for COVID-19, crowds and vendors will be limited. And until Gov. Tony Evers’ orders on public gatherings and crowd size are lifted, the market won’t offer music, craft booths, food trucks and leisurely Saturday morning coffee klatches.

Those limits, market director Emily Arthur said, are aimed at preventing people from milling around the market or forming lines and crowds.

State rules on essential businesses appear to allow farmers markets to operate. Janesville Farmers Market board member Steve Knox said the board decided to open the market in May in keeping with its usual timeline.

The decision comes as state officials plan to offer new guidance on farmers markets and how they should operate during the pandemic.

The Janesville market has laid out a new playbook it will use this year to adhere to social distancing guidelines and limits on public gatherings, which will remain in place until at least the end of May.

Most significantly, the market will limit customers to one person per family, and all fresh food will have to be individually packaged.

Vendors will be spread out farther along North Main Street to maintain physical distance, and booths will be set up to keep distance between vendors and customers.

“Our goal is to try to find a sense of what a new normal may be in our little slice of the world, the farmers market,” Knox said. “Overall, we’re following the orders as prescribed by Gov. Evers, and that means there are definitely going to be changes to a market that’s typically operated as a local social hub.”

Arthur said some restrictions could run through the summer, but they might be relaxed later in the season if the state eases its restrictions.

Knox said the city is supportive of the market opening downtown—with a few caveats.

The market must provide hand-washing stations for vendors and guests, and it must control crowds by limiting how many people can enter at once, using just a few entry and exit points at Wall Street and East Milwaukee Street.

Those measures, Knox said, are an effort to keep people safe and prevent social crowds from gathering.

“We’ll now be asking our customers to do a little ‘pre-shopping’ on our website, and asking customers who normally come down as a family to limit it to one person per household,” he said. “We don’t want folks hanging around, lingering, and we want to keep traffic flowing. It’ll be more of a grocery environment.”

Arthur said work is being done now to update the market’s website weekly so customers can see which vendors will attend and what they’ll offer. She said people can pre-order items from vendors and pay over the phone to make their market trips more efficient.

Under the temporary rules laid out in a news release, the market plans to keep vendors and customers 6 to 10 feet apart, which might mean keeping vendors on one side of the street.

Customers won’t be allowed to sample or touch any items until they pay for them.

As of Tuesday, Arthur said, about 15 vendors have committed to attend the market’s opening weekend, which is about half the usual attendance in the early season.

She said the board has decided the market will operate only if customers and vendors abide by the rules.

“The public needs to help us as much as possible and abide by the restrictions in place,” she said. “Otherwise, we’ll have to close the market.”

Although the trajectory of the COVID-19 pandemic is uncertain, United Way Blackhawk Region is partnering with the city of Janesville on a volunteer effort to sew protective masks.

"Sew Connected Mask Warriors" is in response to an expected need for protective masks for downtown public events, including the Janesville Farmers Market and Music at the Marv, according to a city news release.

City officials continue to prepare for the community's reopening on a pace dictated by Gov. Tony Evers' orders. The mask-making program aims to make masks available to keep the public safer at events, the release states.

Those interested in making and donating cloth face coverings can visit the United Way Blackhawk Region's Get Connected page or call the city's Community Support Hotline at 608-373-6027 from 8 a.m. to 4 p.m. 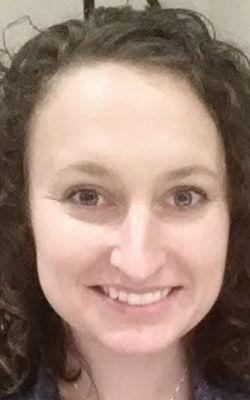 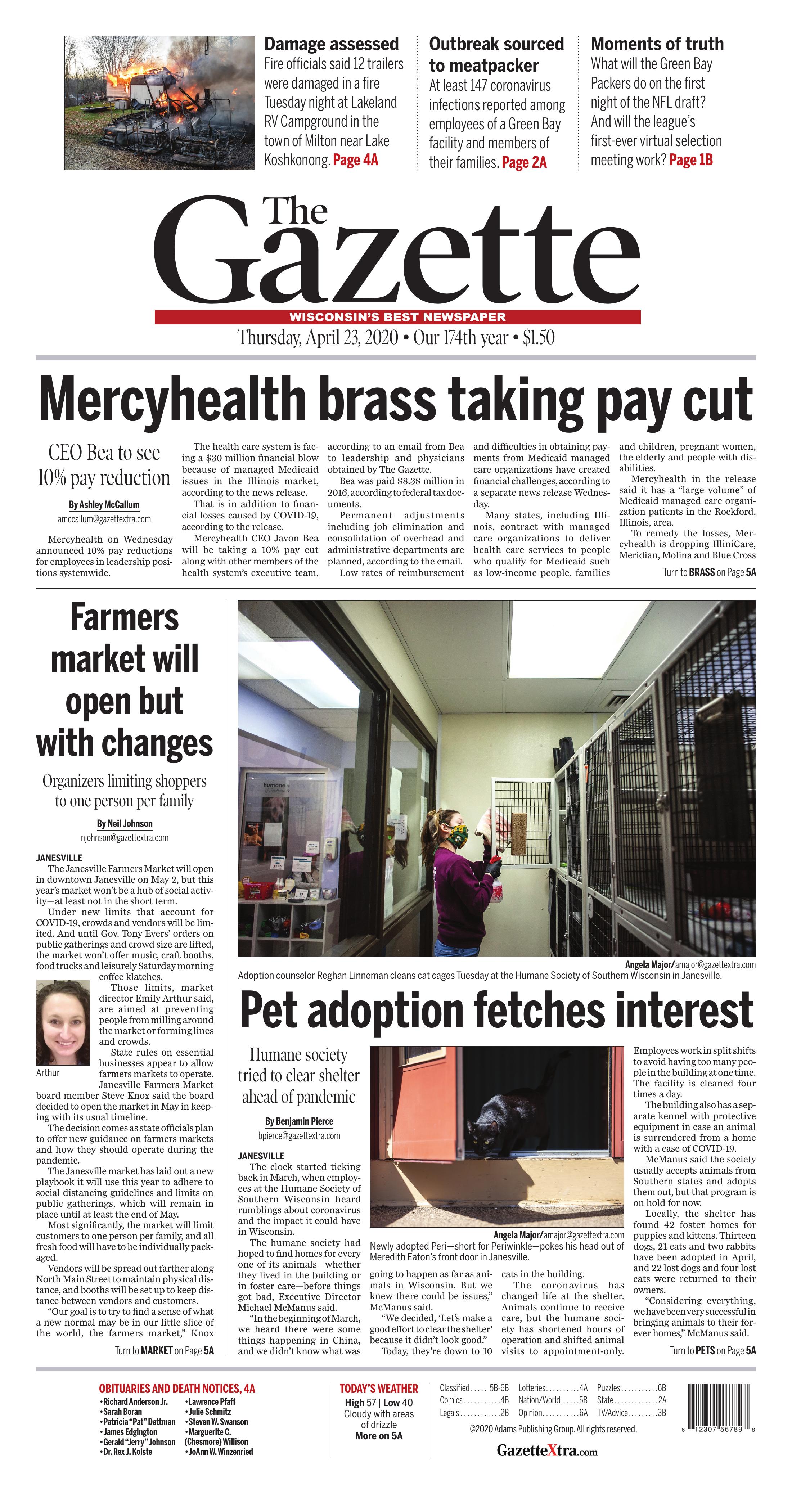