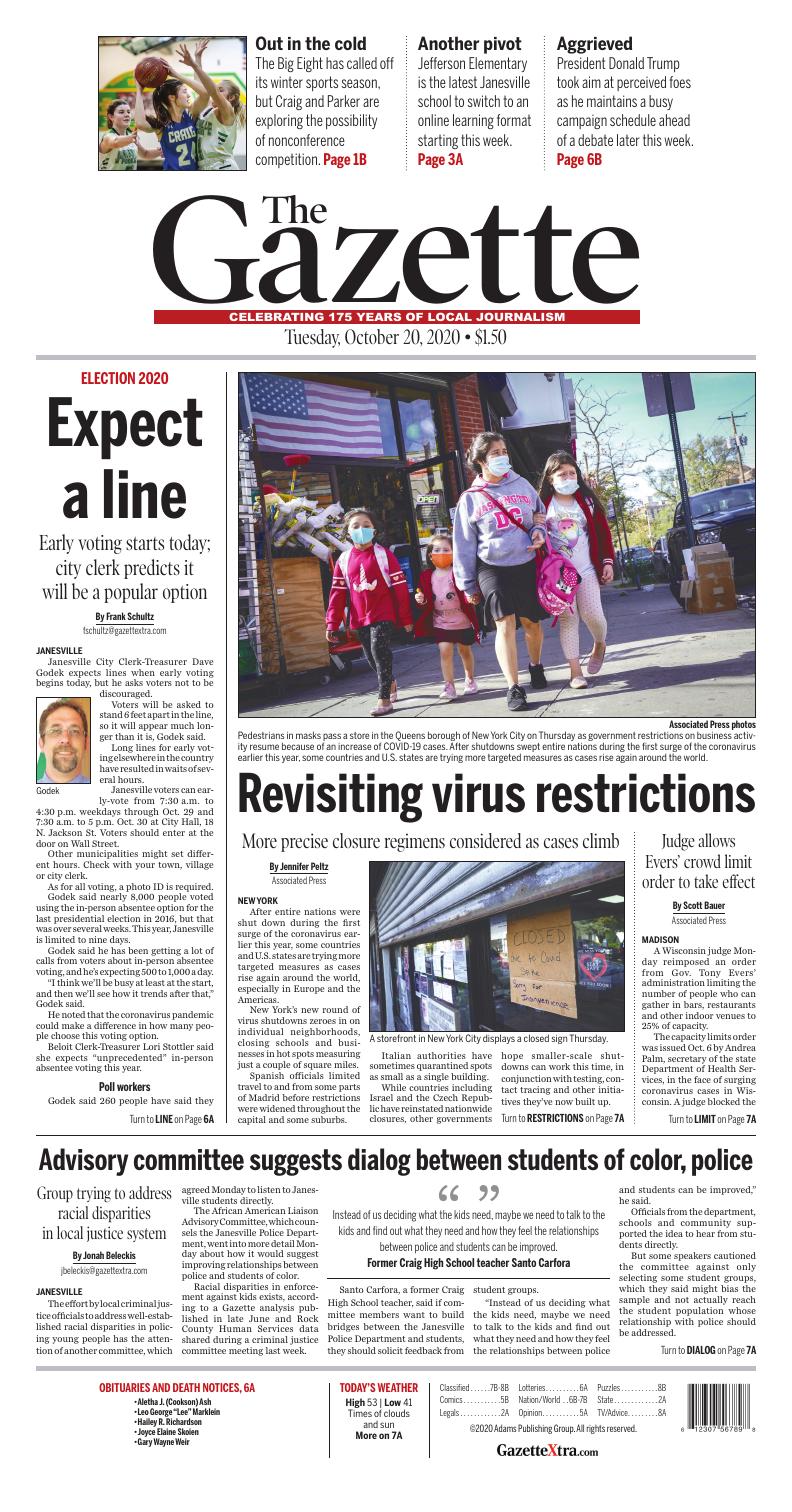 The effort by local criminal justice officials to address well-established racial disparities in policing young people has the attention of another committee, which agreed Monday to listen to Janesville students directly.

The African American Liaison Advisory Committee, which counsels the Janesville Police Department, went into more detail Monday about how it would suggest improving relationships between police and students of color.

Santo Carfora, a former Craig High School teacher, said if committee members want to build bridges between the Janesville Police Department and students, they should solicit feedback from student groups.

“Instead of us deciding what the kids need, maybe we need to talk to the kids and find out what they need and how they feel the relationships between police and students can be improved,” he said.

Officials from the department, schools and community supported the idea to hear from students directly.

But some speakers cautioned the committee against only selecting some student groups, which they said might bias the sample and not actually reach the student population whose relationship with police should be addressed.

“(If you) get the ones who are involved, engaged and participating, I don’t think they’re the ones with problems as much,” said one speaker who had lived in Janesville for about a year.

Black kids at Janesville schools have been cited, arrested and referred to juvenile authorities at a rate that is more than seven times higher than the rates for other races, a Gazette data analysis shows.

Police Chief Dave Moore said beginning with student groups is a place to start, but he added that he understood the importance of broadening the reach to students whose perceptions of policing they most want to change, which would still be “a challenge.”

Moore praised past efforts at community outreach, such as block parties, which were easier to hold safely before the coronavirus pandemic.

Alison Bjoin, the principal at Craig, said the school has large spaces available for socially distanced meetings if the committee chooses to have the listening session in person. Holding any event online is also a possibility, she said.

The school resource officers at Craig and Parker high schools also spoke during the meeting Monday about the importance of building relationships with students.

Moore said he backed an idea shared previously by Faun Moses, who heads the local state Public Defenders Office, about having some kind of “know your rights” information shared directly with students.

Moore said he hopes his department and perhaps others could collaborate on that idea.

Janesville School Board member Greg Ardrey said, for example, students who are struggling academically can start a dangerous progression of getting frustrated, being kicked out of class, displaying an attitude with a school resource officer and ultimately being arrested.

“That was really what I was playing out as the academic tie to that end result,” he said.

Expect a line: Early voting starts today; city clerk predicts it will be a popular option

Janesville City Clerk-Treasurer Dave Godek expects lines when early voting begins today, but he asks voters not to be discouraged.

Voters will be asked to stand 6 feet apart in the line, so it will appear much longer than it is, Godek said.

Long lines for early voting elsewhere in the country have resulted in waits of several hours.

Other municipalities might set different hours. Check with your town, village or city clerk.

As for all voting, a photo ID is required.

Godek said nearly 8,000 people voted using the in-person absentee option for the last presidential election in 2016, but that was over several weeks. This year, Janesville is limited to nine days.

Godek said he has been getting a lot of calls from voters about in-person absentee voting, and he’s expecting 500 to 1,000 a day.

“I think we’ll be busy at least at the start, and then we’ll see how it trends after that,” Godek said.

He noted that the coronavirus pandemic could make a difference in how many people choose this voting option.

Godek said 260 people have said they would work the polls on Election Day, so he is “cautiously optimistic” he’ll have enough.

Godek said he expects he would have enough poll workers if 225 show up, but he said the coronavirus situation could change between now and Nov. 3, so it’s possible some workers could change their minds at the last minute.

Walworth County Clerk Kim Bushey said she conducted an impromptu survey of clerks in her county, and none reported poll worker shortages.

Gov. Tony Evers has said he will activate the National Guard to help municipalities that come up short of poll workers, as was done in elections earlier this year.

The state Elections Commission listed only one municipality in the area with a poll worker shortage, Brodhead. The Brodhead city clerk was not available for comment Monday.

The Janesville law firm of Nowlan & Mouat announced it will provide a free lunch for all city of Janesville poll workers on Election Day.

The firm wants to thank poll workers for their efforts during an important election and during a pandemic, according to a news release.

Italian House restaurant will provide the food, and Nowlan & Mouat workers will deliver it. 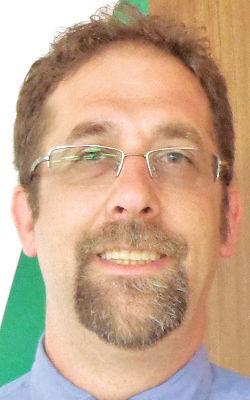 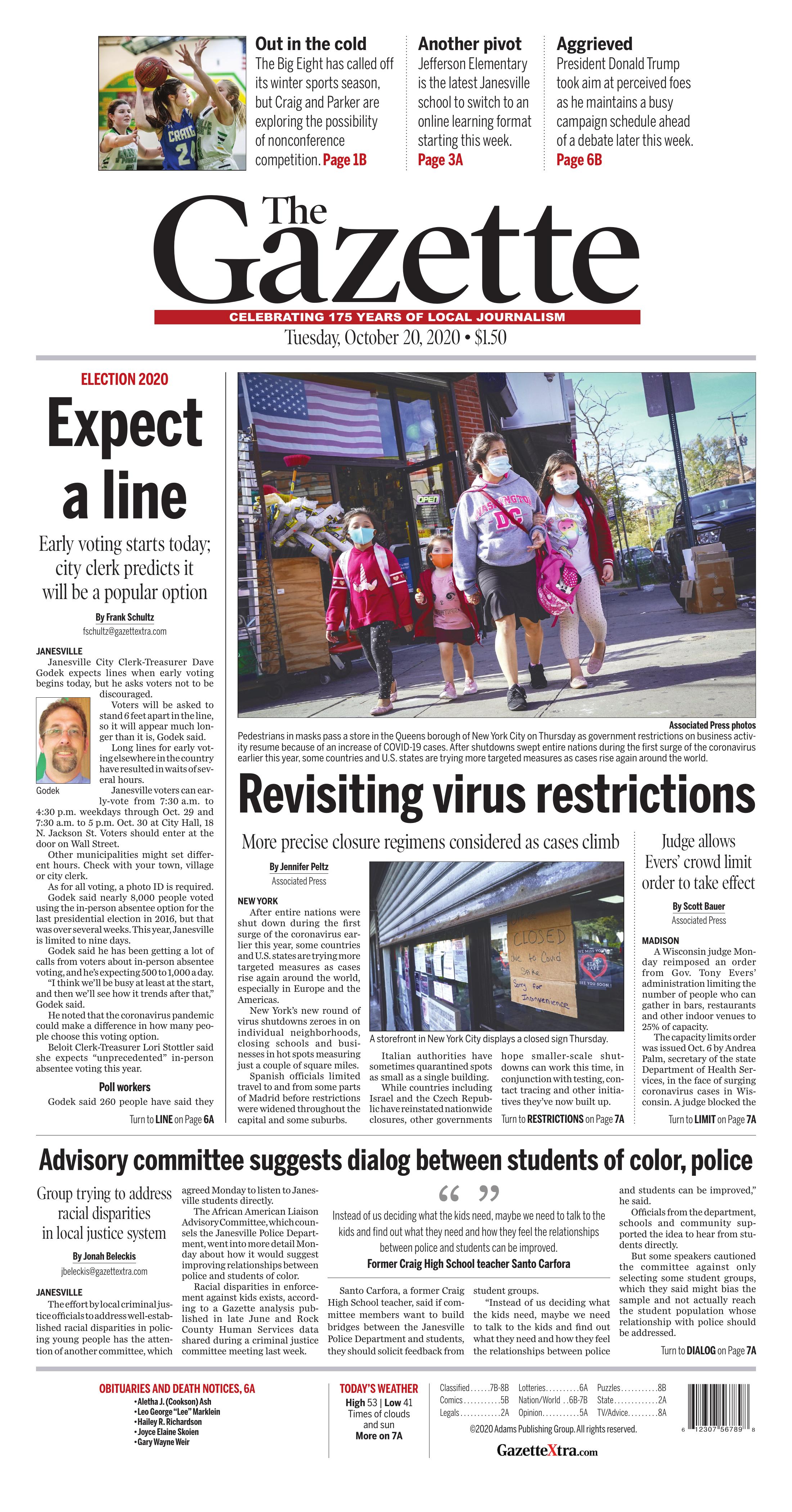