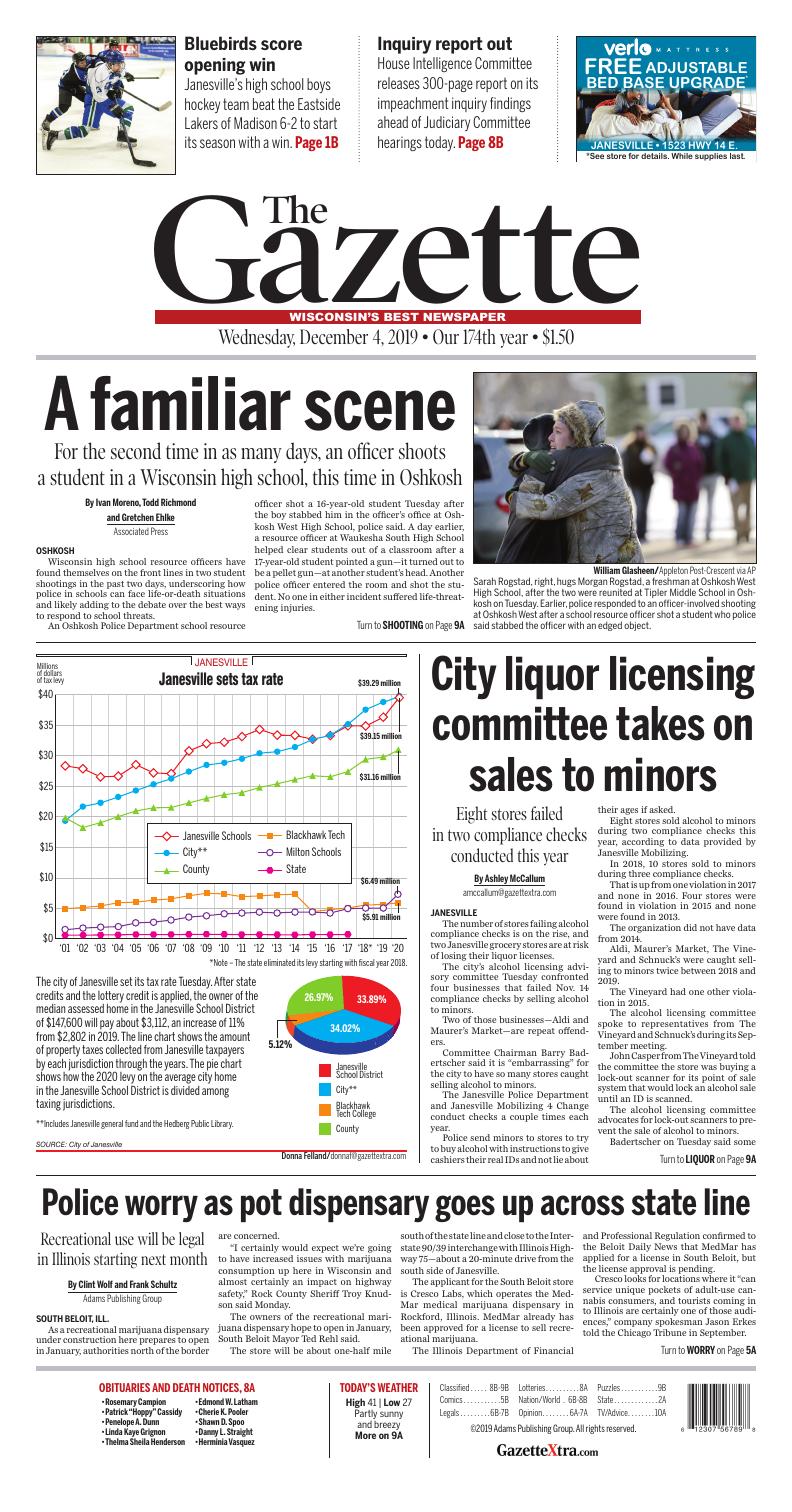 Construction is underway Monday at the site of a proposed recreational marijuana dispensary in South Beloit, Ill. Recreational use of marijuana will be legal in that state starting Jan. 1.

As a recreational marijuana dispensary under construction here prepares to open in January, authorities north of the border are concerned.

“I certainly would expect we’re going to have increased issues with marijuana consumption up here in Wisconsin and almost certainly an impact on highway safety,” Rock County Sheriff Troy Knudson said Monday.

The store will be about one-half mile south of the state line and close to the Interstate 90/39 interchange with Illinois Highway 75—about a 20-minute drive from the south side of Janesville.

The applicant for the South Beloit store is Cresco Labs, which operates the MedMar medical marijuana dispensary in Rockford, Illinois. MedMar already has been approved for a license to sell recreational marijuana.

The Illinois Department of Financial and Professional Regulation confirmed to the Beloit Daily News that MedMar has applied for a license in South Beloit, but the license approval is pending.

Cresco looks for locations where it “can service unique pockets of adult-use cannabis consumers, and tourists coming in to Illinois are certainly one of those audiences,” company spokesman Jason Erkes told the Chicago Tribune in September.

Rehl said he has been assured the marijuana dispensary in South Beloit is going to be a reality and the goal is to have it open and operating in January.

“Sunny Side will be the name of the store,” Rehl said.

The Illinois law that goes into effect Jan. 1 will allow out-of-staters to possess marijuana in Illinois but in amounts half that of Illinoisans.

Of course, once the intoxicating weed crosses into Wisconsin, possessing it is illegal.

The sheriff’s office has worked with other agencies in the past to stop drug trafficking, “and I anticipate you’ll see more of those combined efforts in the future,” Knudson said.

He said he expects an increase in arrests.

Marijuana intoxication can’t be determined with a breath test such as the one used for alcohol, but some officers are trained to recognize the effects of a variety of drugs, including cannabis. The training is intense, difficult to get into and takes a long time to complete, Knudson said.

The sheriff’s office has two deputies trained as “drug recognition experts,” but Knudson said more are needed, and for the time being the county will have to rely on drug-recognition officers working with Janesville, Edgerton and other departments.

Illinois municipalities and counties are able to levy additional local sales taxes on cannabis sales. The Illinois law also imposes a 7% gross receipts tax on the sale of marijuana from cultivators to dispensaries, according to the Illinois Policy Institute. Sales tax in Illinois is 6.3% and the combined local and state sales tax in South Beloit is 7.25%.

The Illinois Department of Financial and Professional Regulation has issued 30 licenses for recreational marijuana dispensaries so far.

State officials have said they will issue up to 75 licenses in the first year of legal recreational marijuana in Illinois.

The number of stores failing alcohol compliance checks is on the rise, and two Janesville grocery stores are at risk of losing their liquor licenses.

Committee Chairman Barry Badertscher said it is “embarrassing” for the city to have so many stores caught selling alcohol to minors.

Police send minors to stores to try to buy alcohol with instructions to give cashiers their real IDs and not lie about their ages if asked.

Eight stores sold alcohol to minors during two compliance checks this year, according to data provided by Janesville Mobilizing.

In 2018, 10 stores sold to minors during three compliance checks.

The organization did not have data from 2014.

Aldi, Maurer’s Market, The Vineyard and Schnuck’s were caught selling to minors twice between 2018 and 2019.

The Vineyard had one other violation in 2015.

The alcohol licensing committee spoke to representatives from The Vineyard and Schnuck’s during its September meeting.

John Casper from The Vineyard told the committee the store was buying a lock-out scanner for its point of sale system that would lock an alcohol sale until an ID is scanned.

The alcohol licensing committee advocates for lock-out scanners to prevent the sale of alcohol to minors.

Badertscher on Tuesday said some businesses that used to be repeat offenders have had no issues since installing lock-out scanners.

The same accountability should be expected for Aldi and Maurer’s Market. If the stores are caught selling to minors a third time, the committee likely would pursue revocation of their liquor licenses, Badertscher said.

The committee chose to extend its discussion on Maurer’s Market to its January meeting so a representative from the family that owns the grocery store would be present.

A lawyer representing Aldi told the committee installing lock-out scanners could not be done on an individual store basis and that Aldi’s alcohol training was sufficient.

Badertscher said he was against approving an alcohol license for Aldi when it applied, but the city council overruled the committee’s recommendation. He and other committee members were not satisfied Tuesday with Aldi’s reluctance to add scanners at the Janesville store.

“Aldi should make this store an example,” Badertscher said.

Aldi and Maurer’s Market have fired the cashiers responsible for selling to minors, representatives from the businesses said Tuesday.

The stores are two of four in the city that do not have separate entrances for their liquor departments.

City ordinance says stores must have separate entrances for their liquor sections. An exception can be made for stores to sell alcohol if the alcohol display fits within a single, 80-square-foot area.

The committee in January will discuss punitive options for stores with multiple violations including a demerit system, license suspensions and license revocations. 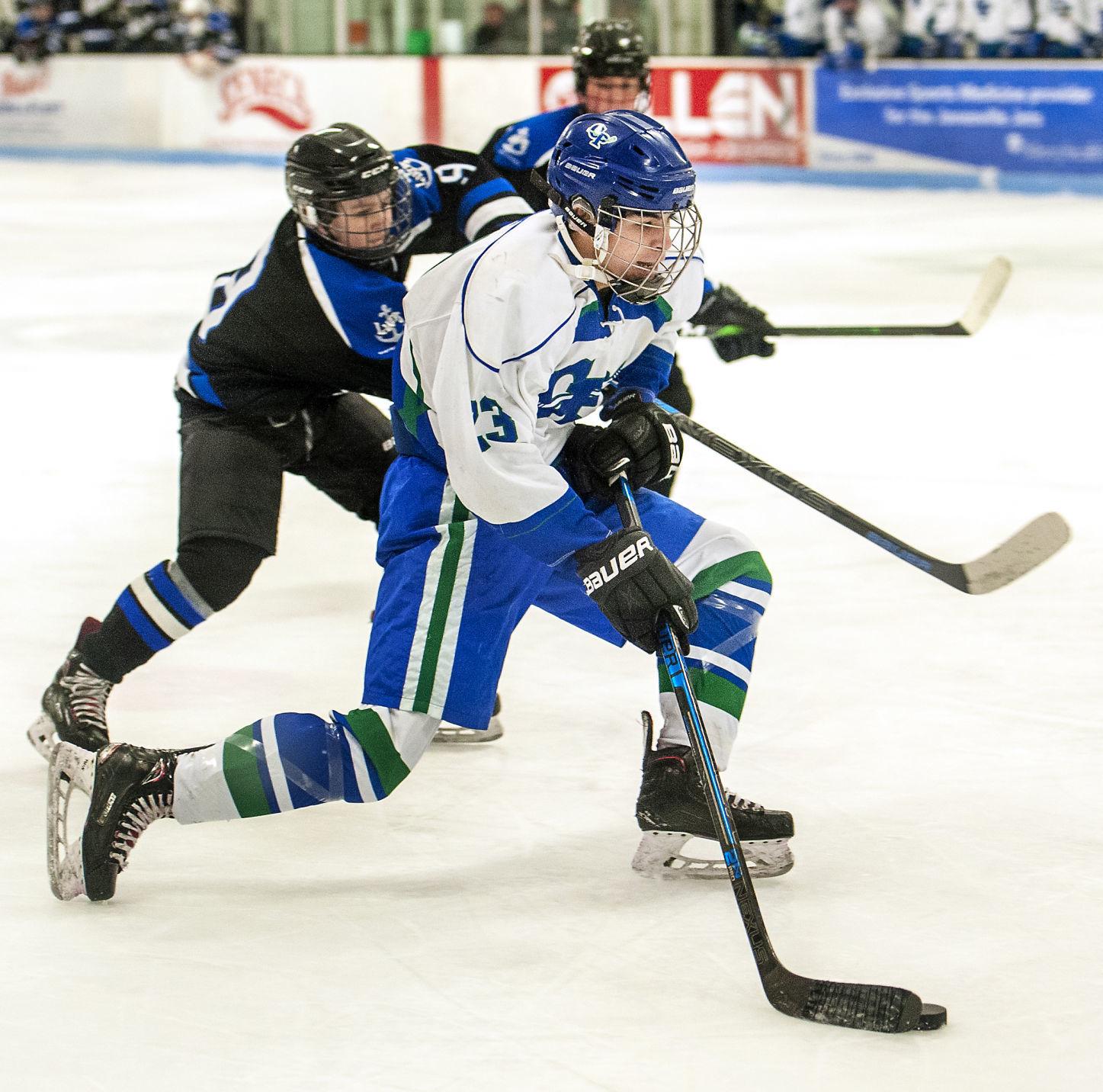 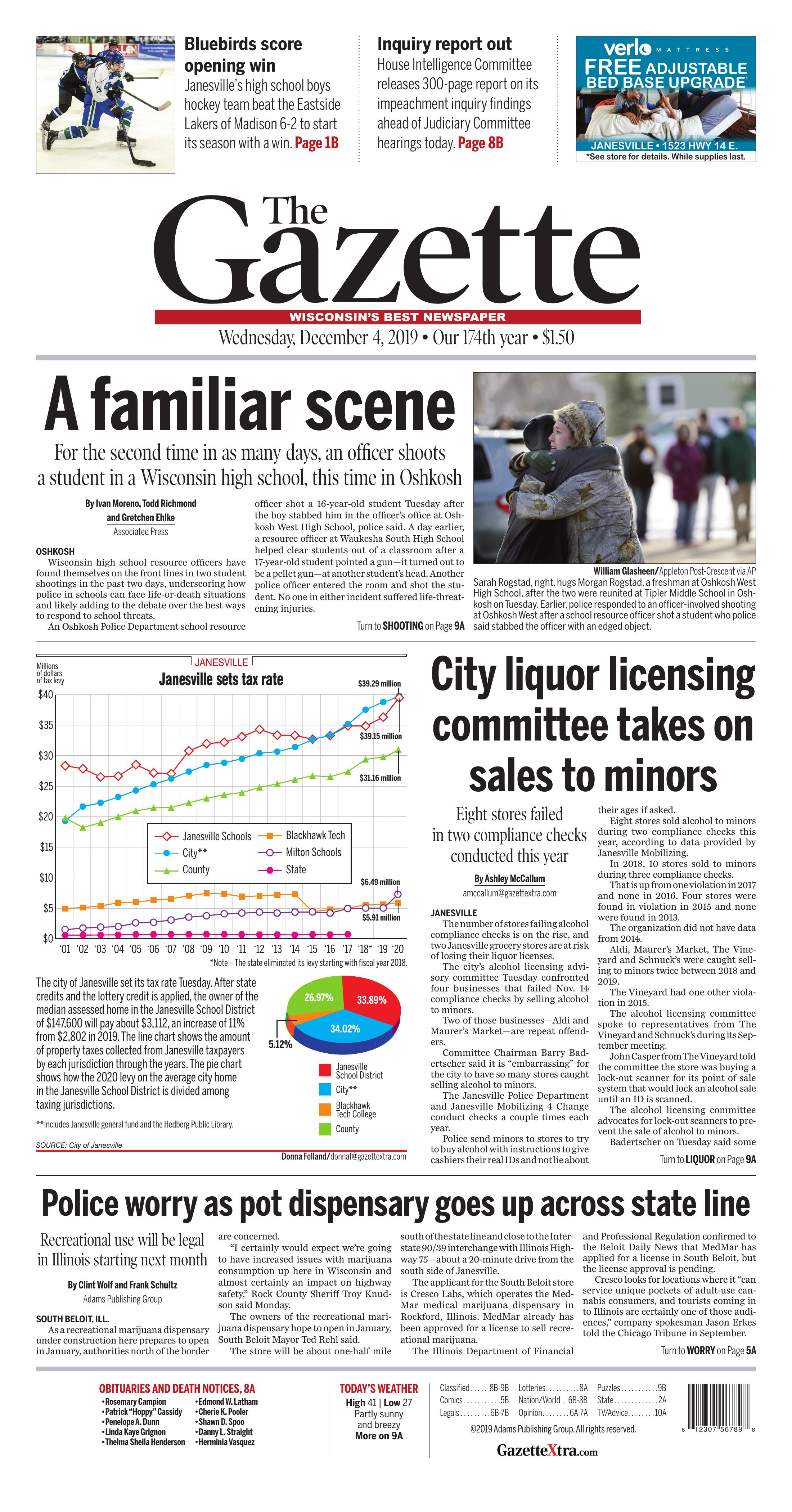