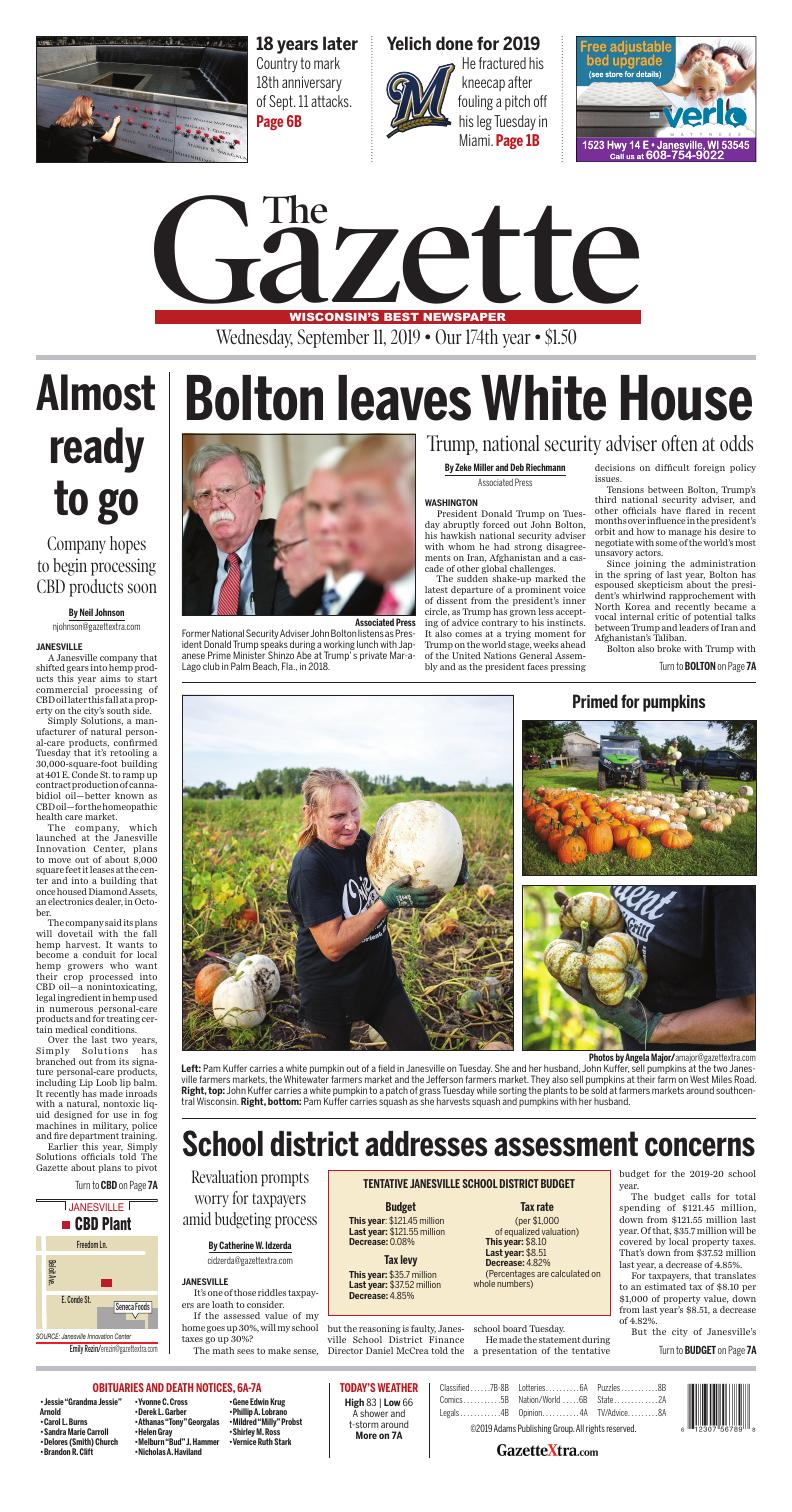 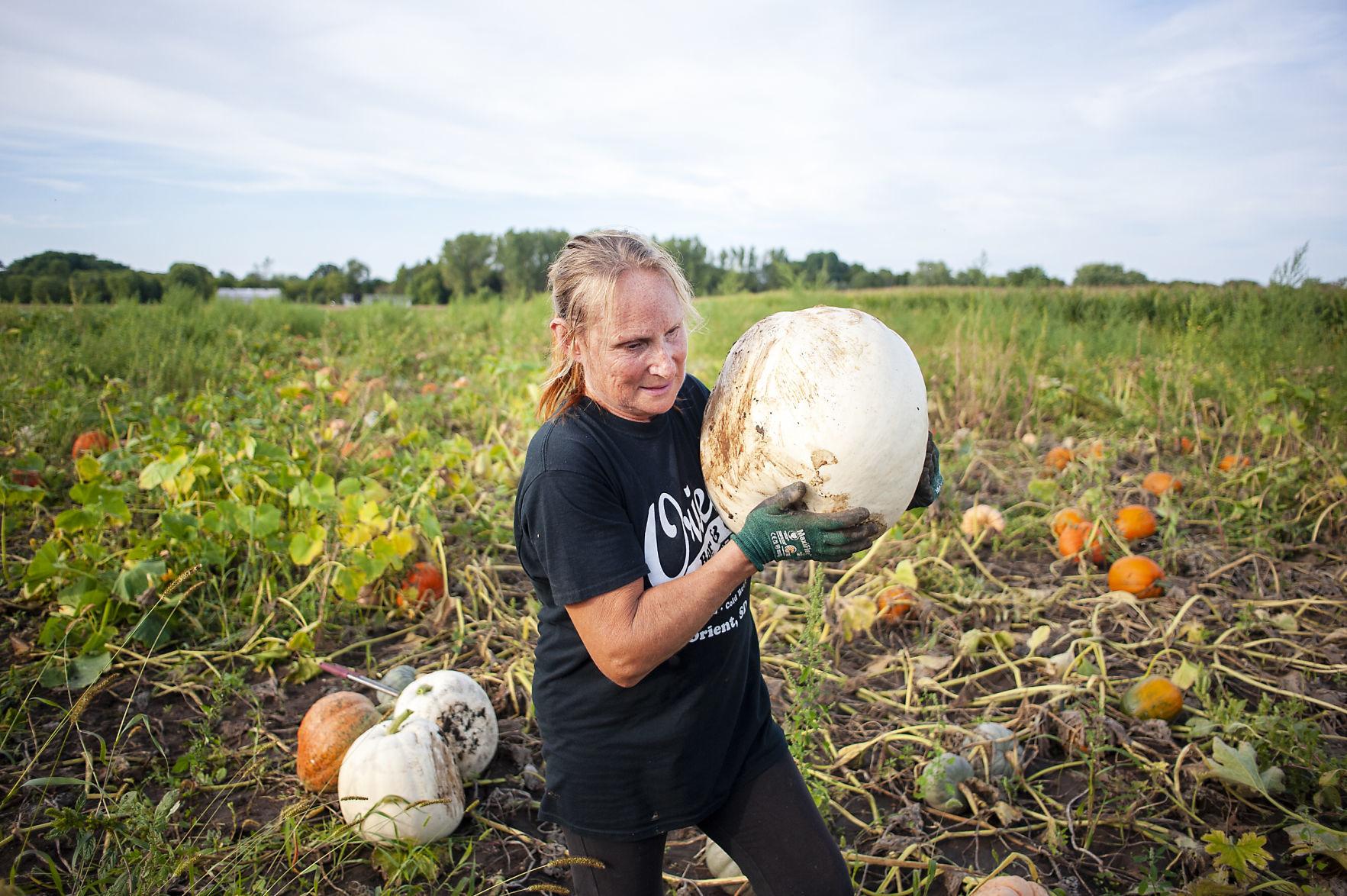 It’s one of those riddles taxpayers are loath to consider.

The math sees to make sense, but the reasoning is faulty, Janesville School District Finance Director Daniel McCrea told the school board Tuesday.

He made the statement during a presentation of the tentative budget for the 2019-20 school year.

But the city of Janesville’s revaluation process has some people concerned.

McCrea explained it this way: Everyone is in the same pool and it’s half filled with water. When the water rises, all the boats rise. That’s the value of housing going up. But the amount of tax money needed for schools remains fixed at $35.7 million, and that amount will be spread across a deeper pool.

The school district budget will not be finalized until October, when the district gets its last round of money from the state.

In addition, the district’s traditional health class is taught in eighth grade, and some subjects, such as human reproduction, might be better taught at an older age, she said.

The school district is paying for the bathrooms. At the meeting, Superintendent Steven Pophal stressed that the district doesn’t pay Blackhawk Technical College rent, and the addition of bathrooms was a fair way to share costs.

Fees used to be charged for courses where students needed special material or tools. Pophal said it had come to their attention that students were not taking classes because of the fees, and they wanted to change that.

A fund to pay for uniforms was a regular part of the budget until all of the cutbacks after Act 10. As a result, parents had to pick up those costs.

(Percentages are calculated on whole numbers) 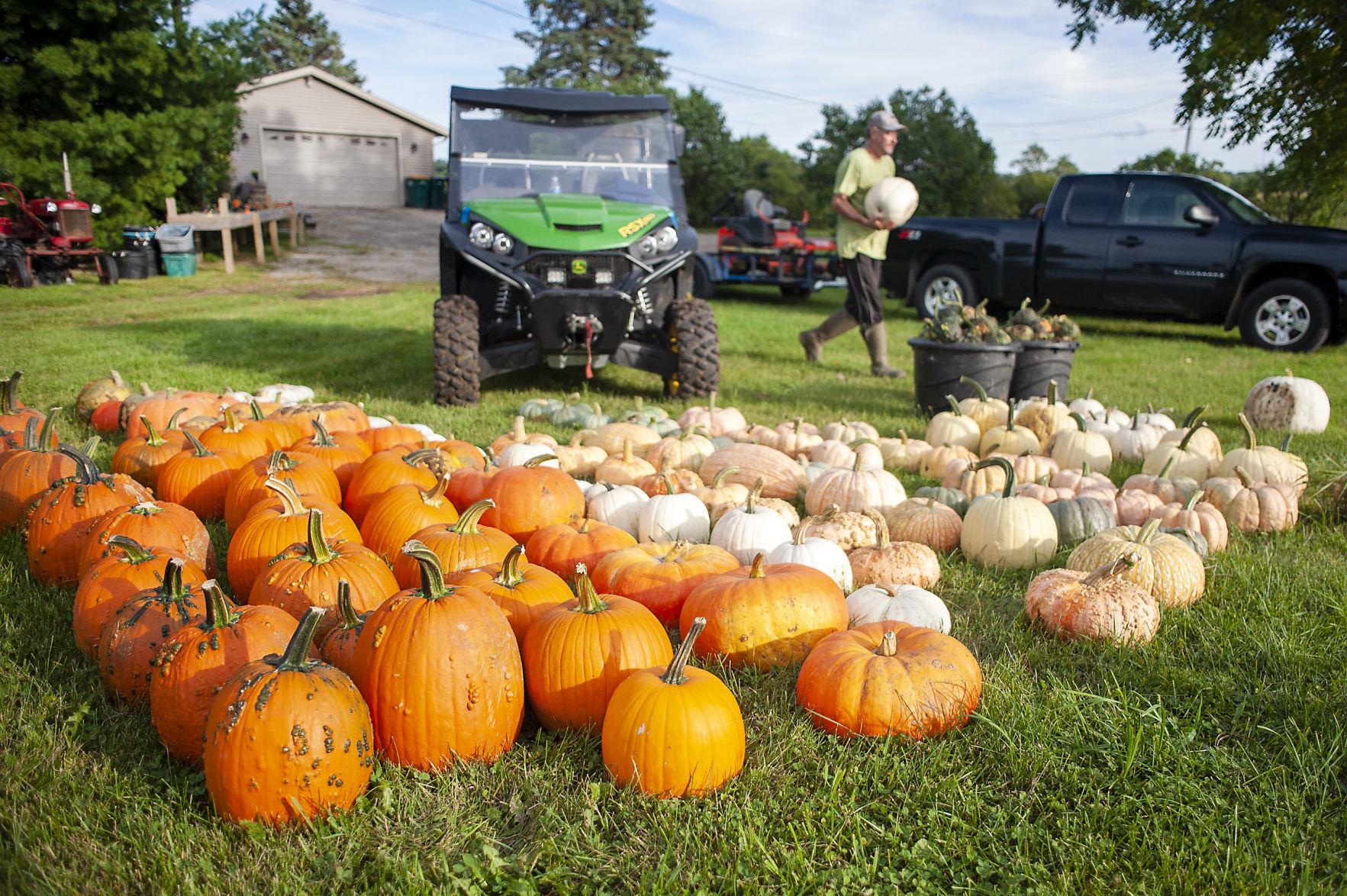 John Kuffer carries a white pumpkin to a patch of grass while sorting them to be sold at farmers markets Tuesday, September 10, 2019, in Janesville. 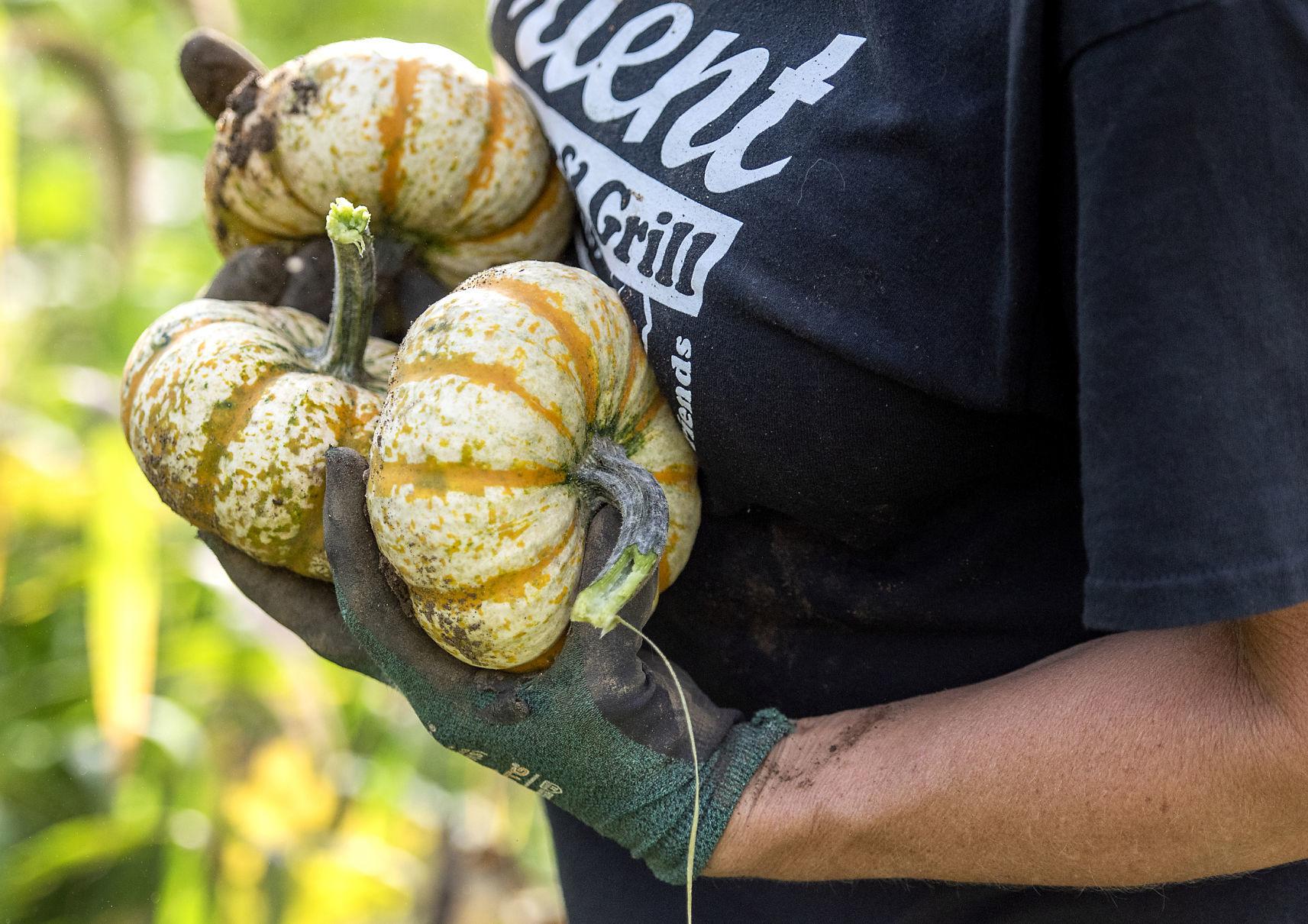 Pam Kuffer carries squash as she harvests squash and pumpkins with her husband, John, on Tuesday, September 10, 2019, in Janesville.

Simply Solutions is moving from its space in the Janesville Innovation Center to a new south-side location at 401 E. Conde St., where it aims to begin CBD oil production.

A Janesville company that shifted gears into hemp products this year aims to start commercial processing of CBD oil later this fall at a property on the city’s south side. 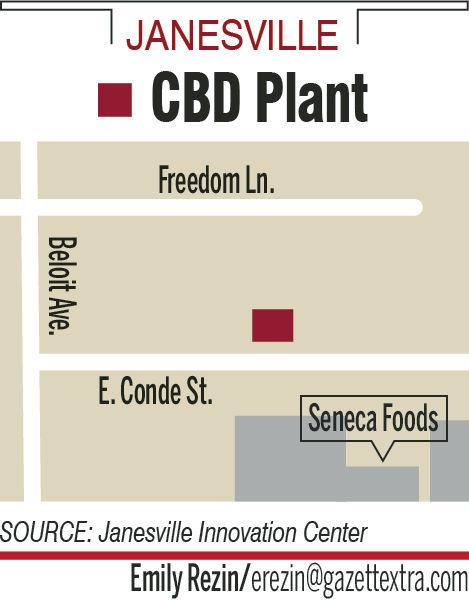 The company, which launched at the Janesville Innovation Center, plans to move out of about 8,000 square feet it leases at the center and into a building that once housed Diamond Assets, an electronics dealer, in October.

The company said its plans will dovetail with the fall hemp harvest. It wants to become a conduit for local hemp growers who want their crop processed into CBD oil—a nonintoxicating, legal ingredient in hemp used in numerous personal-care products and for treating certain medical conditions.

Over the last two years, Simply Solutions has branched out from its signature personal-care products, including Lip Loob lip balm. It recently has made inroads with a natural, nontoxic liquid designed for use in fog machines in military, police and fire department training.

Earlier this year, Simply Solutions officials told The Gazette about plans to pivot into CBD, a burgeoning industry, although it still is blazing new trails in health care.

Simply Solutions COO Mark Schweiger said the company hopes to use its status as a licensed, clean-room producer of personal-care products to separate itself from a mostly unregulated network of CBD oil producers.

Simply Solutions uses a proprietary process that it says is cleaner and more efficient than other CBD extraction processes, and the company already is set up to handle organic products, including organic hemp.

“We continue to be really positive about the fact that we’ve got this clean production process that really gives us an advantage in the marketplace,” Schweiger said. “It gives us the ability to have a certified organic product. So if we get certified organic hemp, we can have an organic CBD oil or distillate, or whatever we’re making.

Company CEO Mark Goepfert has said the biggest task was finding investors to provide startup capital for CBD production, which is still viewed with skepticism in some lending circles.

That’s mainly because federal lending regulations still place hemp products in the same class as marijuana products, despite the fact that federal law has removed hemp from the list of cannabis plants that remain prohibited in some states.

Schweiger declined to discuss Simply Solutions’ financing or its move to a bigger facility. But he said the company is in a financial position to move forward on its CBD plans and can begin production at the new location this year.

He said Simply Solutions will use about two-thirds of the building for production of various products, including hemp.

A recent national public health crisis has been linked to vaping—or inhaling vaporized liquid nicotine and marijuana mixtures using vape devices or e-cigarettes. More than 400 people in dozens of states have developed serious lung disease and at least six have died.

National health studies, including one that examined Wisconsin patients sickened by vaping, indicated that some patients had been vaping liquid CBD oil in addition to other liquids.

The medical community so far has not determined an exact cause or specific product linked to the lung disease. That’s in part, health experts have said, because many of the branded vaping liquids are unregulated and contain unknown chemicals.

Schweiger said the CBD oil that Simply Solutions will produce will be sold on contract to private sellers, but the company will test its products for purity at several points before they reach consumers.

“We will be tracking all the way from the field to the final customer, and we will be testing along the way on a consistent basis, both internally and through third-party testing, to verify that our products are what we say that they are,” he said.

“We actually welcome further regulation in this industry. That will force some of the people who are not offering credible products out of the market, or at least really force them to change the way they’re marketing their products.” 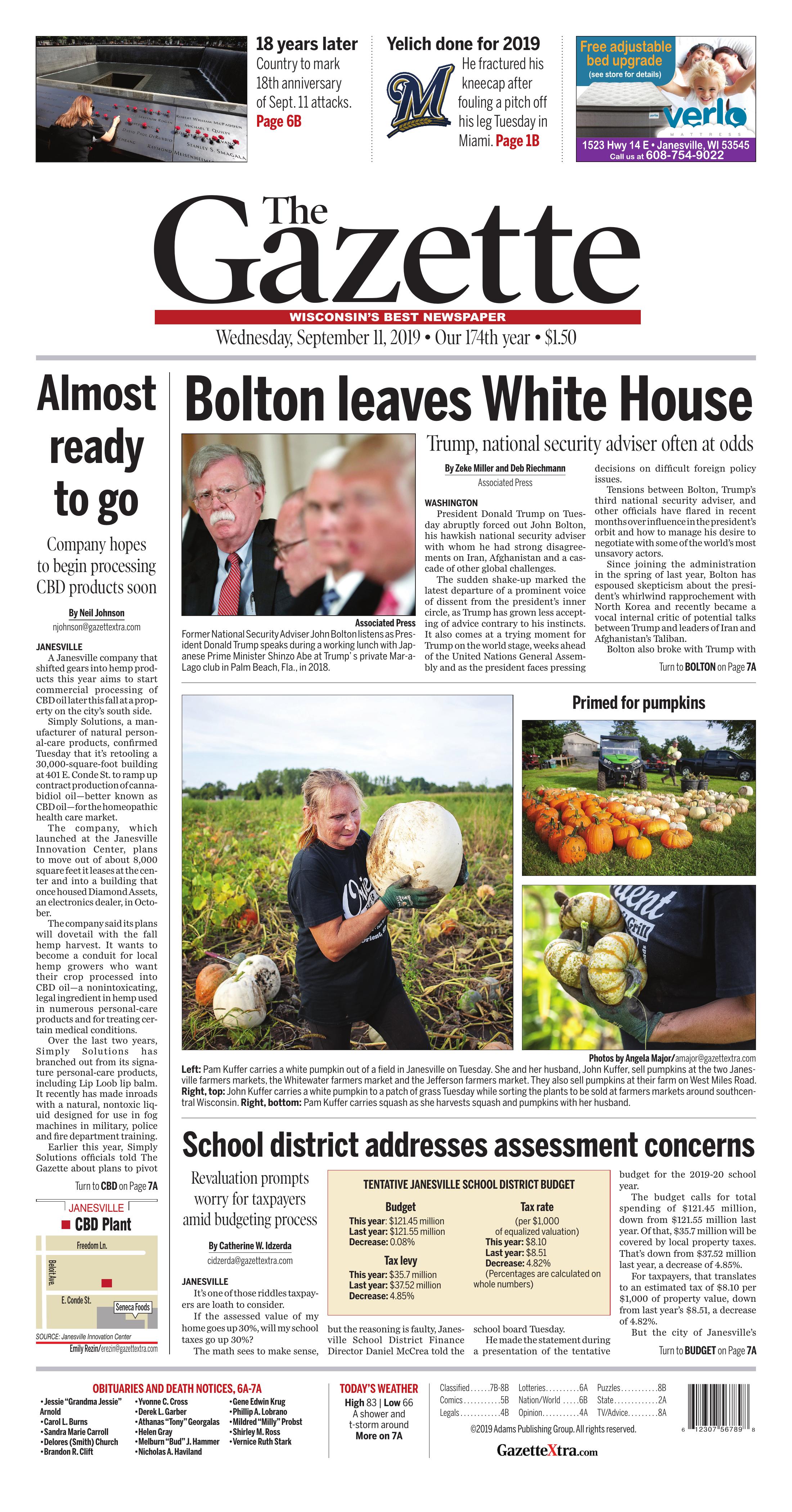