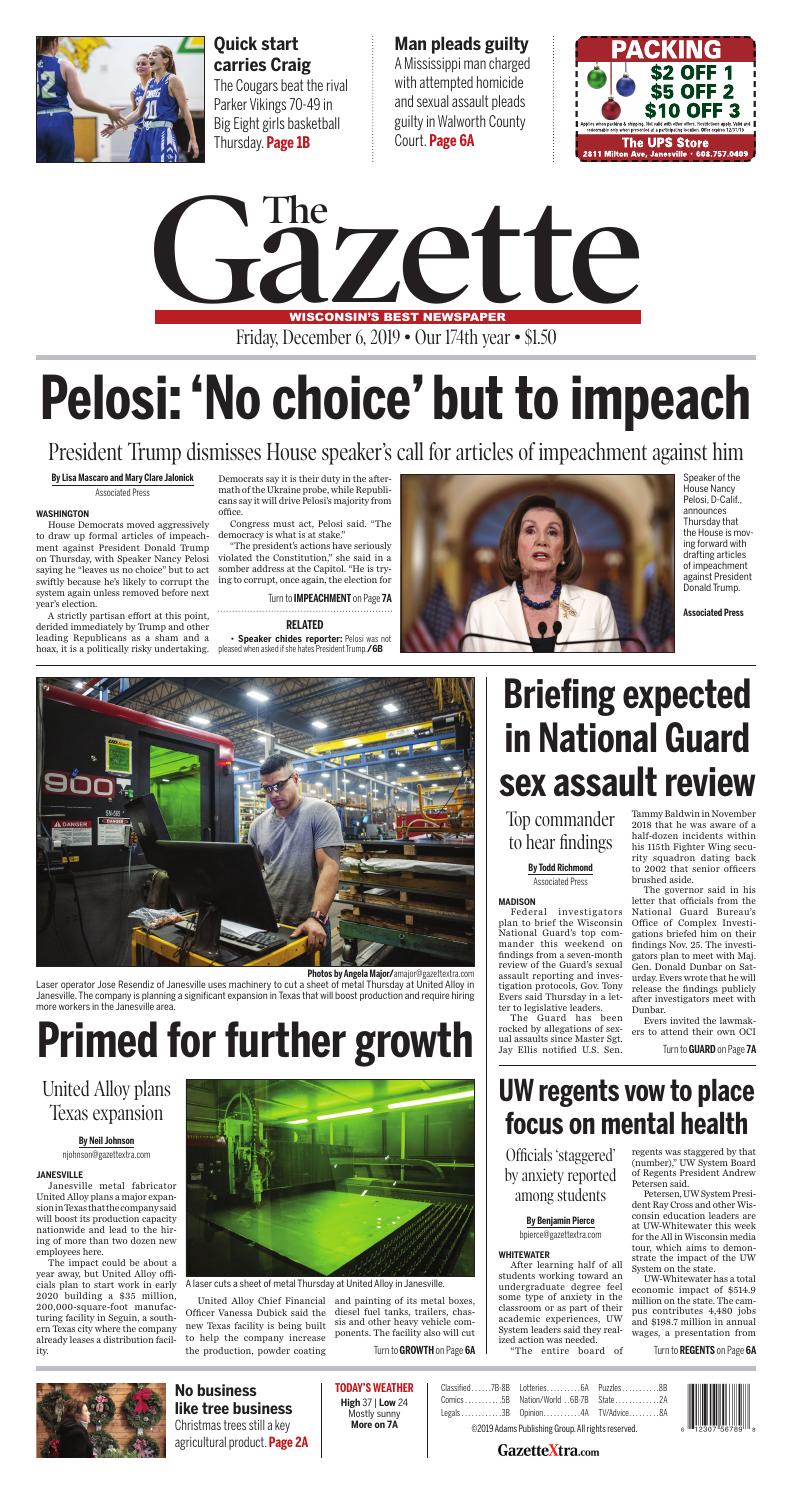 Janesville metal fabricator United Alloy plans a major expansion in Texas that the company said will boost its production capacity nationwide and lead to the hiring of more than two dozen new employees here.

The impact could be about a year away, but United Alloy officials plan to start work in early 2020 building a $35 million, 200,000-square-foot manufacturing facility in Seguin, a southern Texas city where the company already leases a distribution facility. 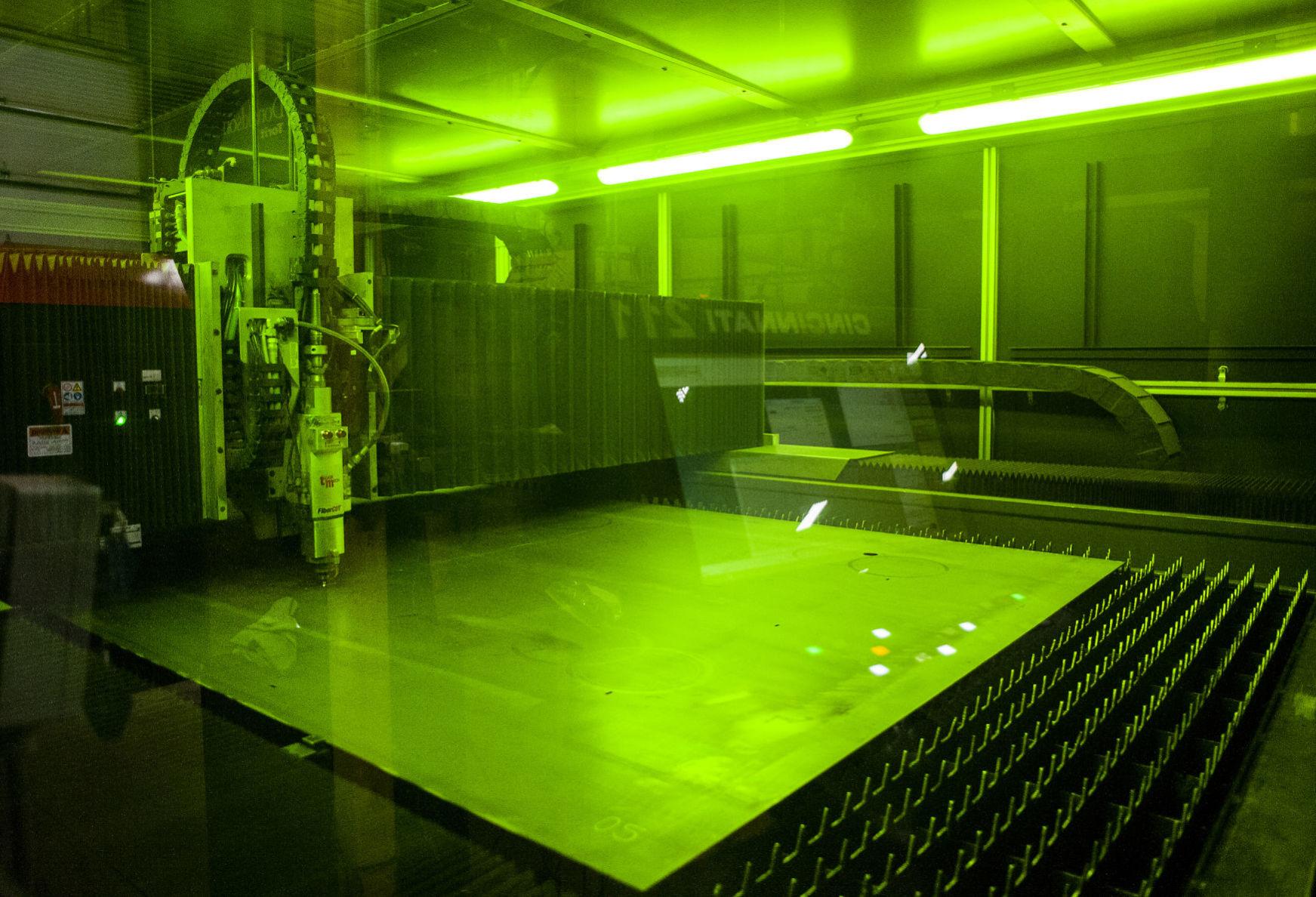 A laser cuts a sheet of metal Thursday at United Alloy in Janesville. The company is planning a significant expansion in Texas that will boost production and require hiring more workers in the Janesville area.

United Alloy Chief Financial Officer Vanessa Dubick said the new Texas facility is being built to help the company increase the production, powder coating and painting of its metal boxes, diesel fuel tanks, trailers, chassis and other heavy vehicle components. The facility also will cut down on shipment costs of the company’s large, heavy products to the southwestern U.S., where business has grown.

United Alloy over the last two years has significantly increased its manufacturing footprint in Janesville, with three expansions to its Kennedy Road headquarters and plant in the past seven years. The projects include a 100,000-square-foot expansion in 2018 that brought new painting, assembly and shipping lines required to secure a contract with a major customer.

A 2018 city tax incentive deal awarded for the most recent expansion requires that the company create 66 jobs and reach an employment number of about 250. 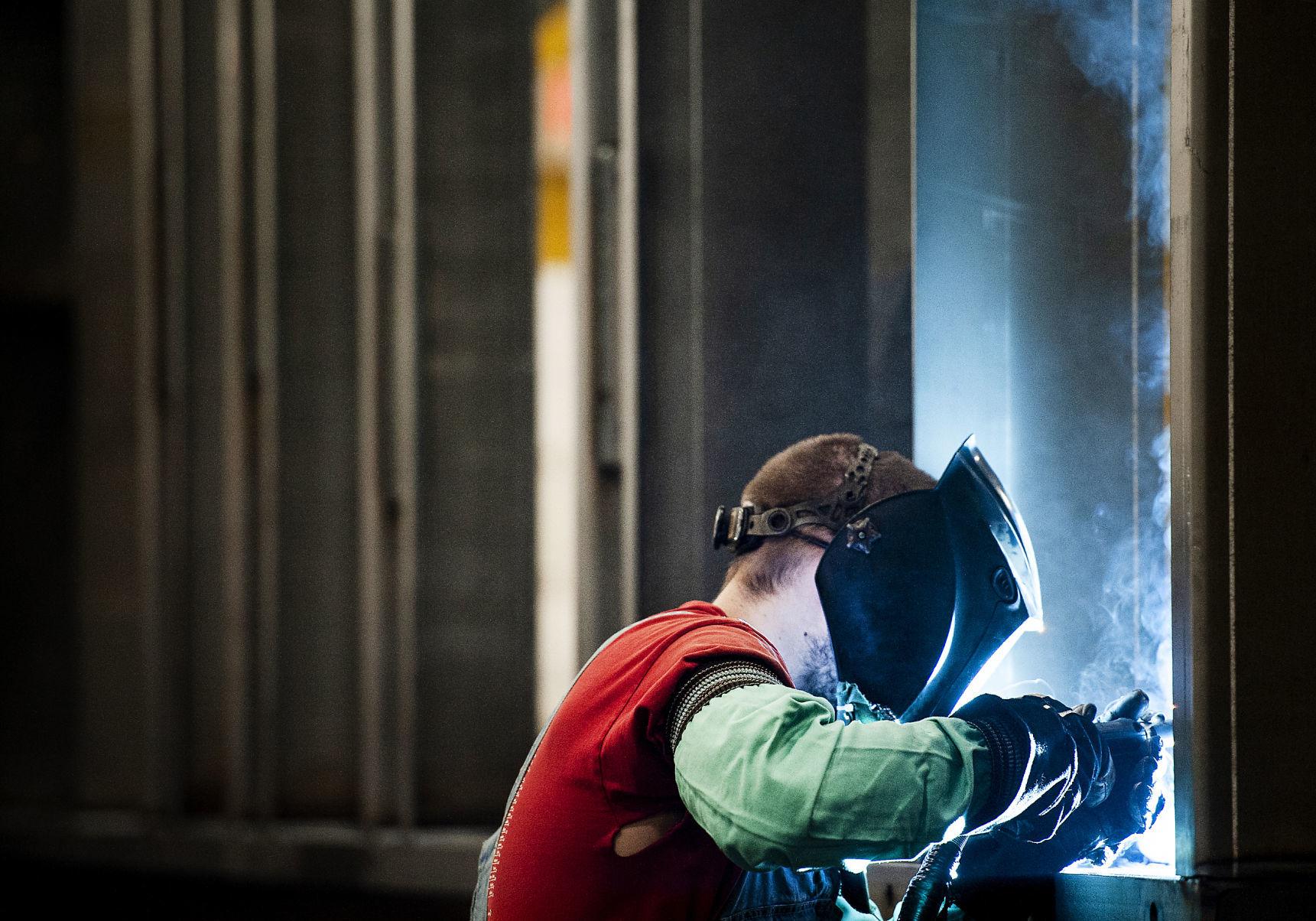 Over the past year, Dubick said, United Alloy has added at least twice as many workers as the city required. All told, the company’s headcount now totals about 400, she said.

But Dubick said United Alloy has been seeking a solution to the cost of shipping to a part of the country far from Wisconsin.

“Right now, we can’t serve a lot of our customers that have locations in the Southwest. Shipping is cost prohibitive. So we’ve found this little niche in Texas,” she said.

The Texas project is more than a little niche. It will lead to a company expansion of about 100 employees overall, including a spillover of about 30 new jobs in sales, engineering and manufacturing in Janesville.

Dubick said the company will boost its sales and engineering and development force here, along with workers who will use new, highly automated laser equipment to fabricate metal parts bound for the Texas plant.

The new plant in Seguin should be in operation by the end of 2020, and the company’s hiring boost, both in Texas and Janesville, will come later in 2020. 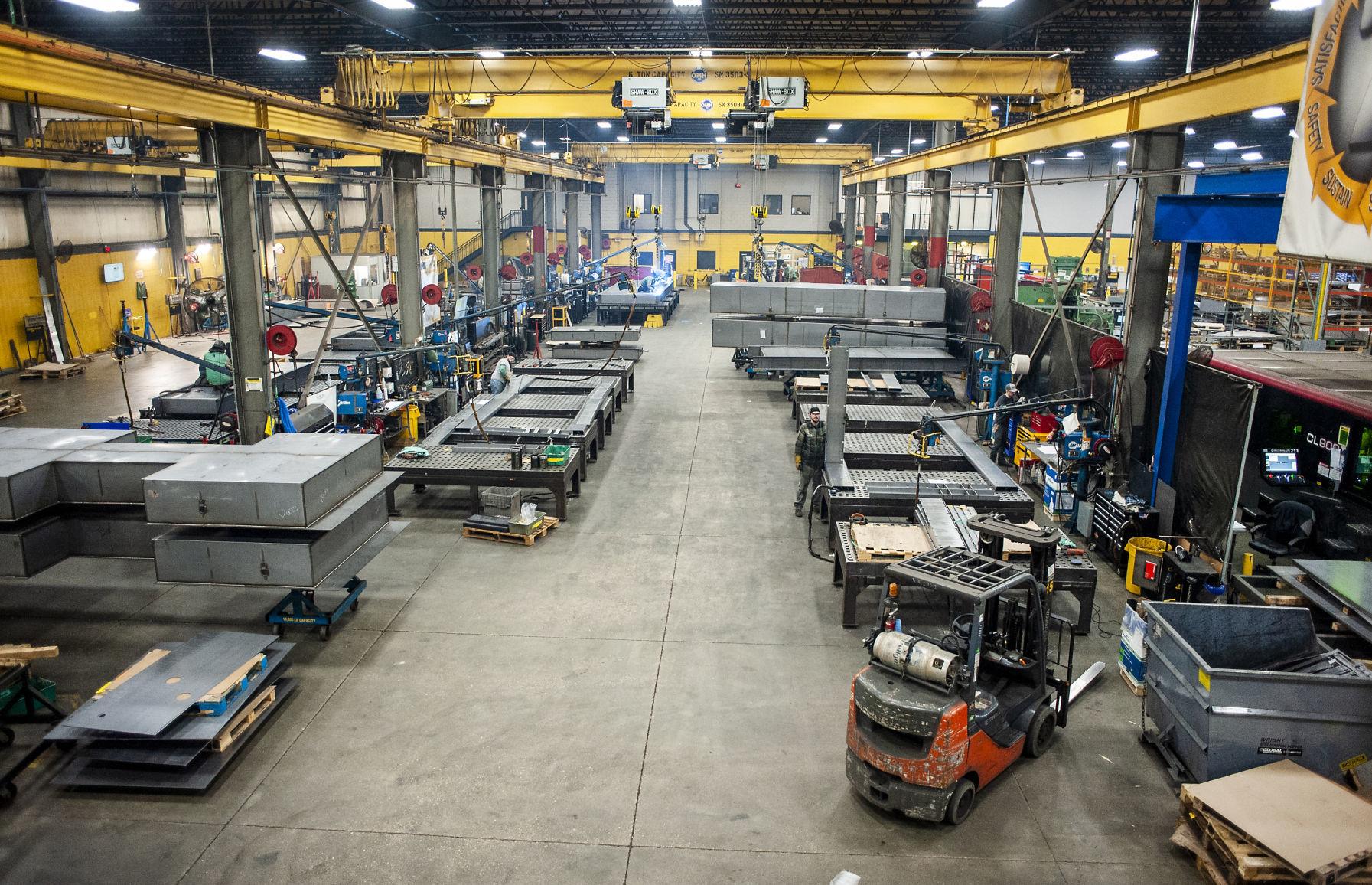 United Alloy officials said Janesville and Blackhawk Technical College officials have worked with the company on workforce training projects that will help with a local response to the multistate expansion.

United Alloy in the last two years has tried to put a public spotlight on its in-house welding training programs. The company hasn’t been shy about touting pay rates that it says surpass what workers earn at similar local manufacturing businesses.

Dubick said plans for the new plant in Seguin came about fairly recently, although she said both Janesville and Seguin had been in the running as possible locations for the expansion that ultimately was built in Janesville last year. 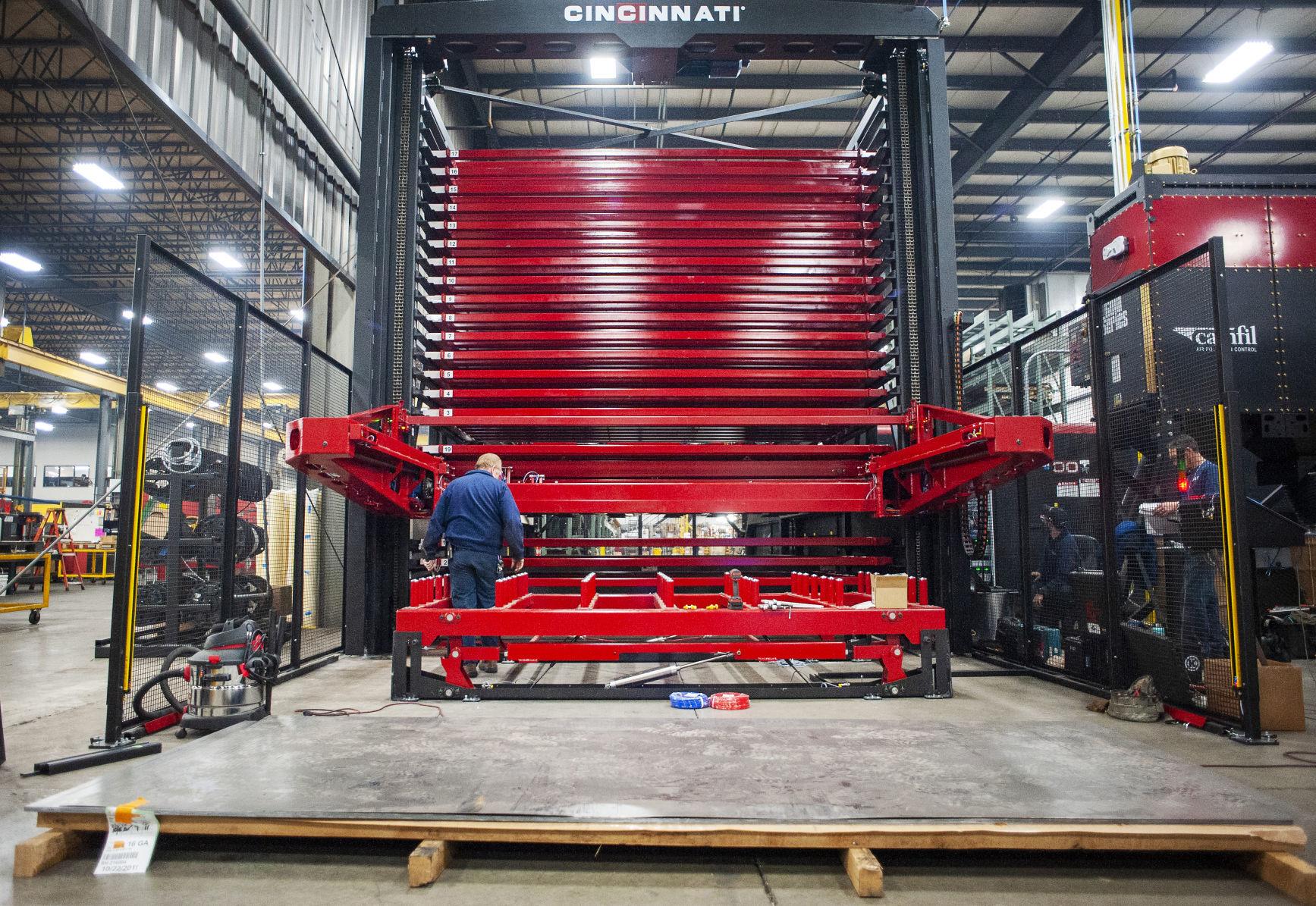 A robotic mega fab material-handling system is installed Thursday at United Alloy, a metal fabricator in Janesville. The company plans to build a new Texas facility to increase the production, powder coating and painting of its metal boxes, diesel fuel tanks, trailers, chassis and other heavy vehicle components.

The 20-year-old United Alloy considers itself to be the largest robotic-welding and powder-coating manufacturer in the Midwest, and Dubick said the new plant in Texas is a response to United Alloy’s own growth and demand for more nationwide production capacity.

She said United Alloy has no plans to shift current operations or its corporate headquarters away from Janesville. She said the same volume and types of heavy component manufacturing it has had in Janesville will continue, and additional hiring here will support the Texas plant.

Except for growth in manufacturing, Dubick said, the company plans “no changes” and “no subtraction of jobs” locally. She said the company still will consider Janesville to be United Alloy’s manufacturing, design and sales “hub.”

“I’m building a new house in Janesville,” Dubick said. “So that should tell you something. I’m not going anywhere. I believe in it.” 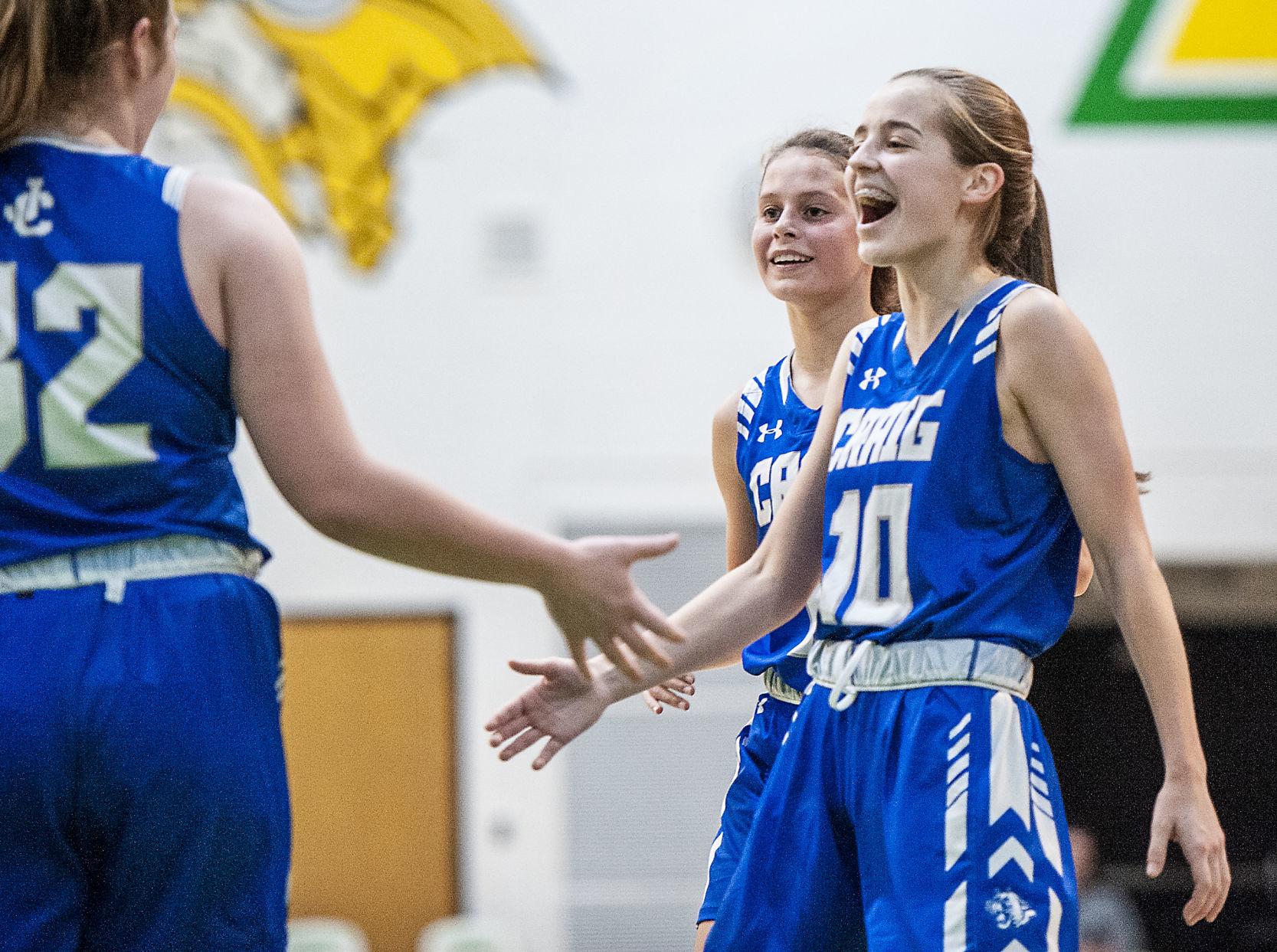 After learning half of all students working toward an undergraduate degree feel some type of anxiety in the classroom or as part of their academic experiences, UW System leaders said they realized action was needed.

“The entire board of regents was staggered by that (number),” UW System Board of Regents President Andrew Petersen said.

Petersen, UW System President Ray Cross and other Wisconsin education leaders are at UW-Whitewater this week for the All in Wisconsin media tour, which aims to demonstrate the impact of the UW System on the state.

UW-Whitewater has a total economic impact of $514.9 million on the state. The campus contributes 4,480 jobs and $198.7 million in annual wages, a presentation from UW-Whitewater Chancellor Dwight Watson reads.

Documents given to The Gazette by the university indicate the campus brings in an estimated $23.1 million in annual tax revenue for the state.

Because the campus has such a large economic impact, Petersen said, the state wants students to be well taken care of, and mental health is a top priority for the board of regents.

A working group has been studying mental health and student anxiety since June. In February and April, the group will give the full board of regents findings and recommendations for addressing the issues, Petersen said.

Petersen said the board of regents has been reminded during the process how many qualified experts live in the state and said they’re looking at turning to those people and organizations for possible solutions.

“We’re going to mobilize those resources,” he said.

Because so many students are feeling the effects of mental health issues and anxiety, Petersen said, individual campuses and larger education groups should continue to focus on those issues.

“Fortunately, so many of our campuses are located in very safe areas. Public safety is important, and that can be a showcase to why you want to come to a UW Wisconsin campus,” he said.

Petersen pointed to multiple campuses in Wisconsin increasing counseling and administration staff to combat mental health issues and provide more resources. He said mental health continues to be one of “the most pivotal” issues for the board of regents.

“The level of anxiety that students have today is unprecedented,” Petersen said. “Anything that we can do to solve that at a state level is important.” 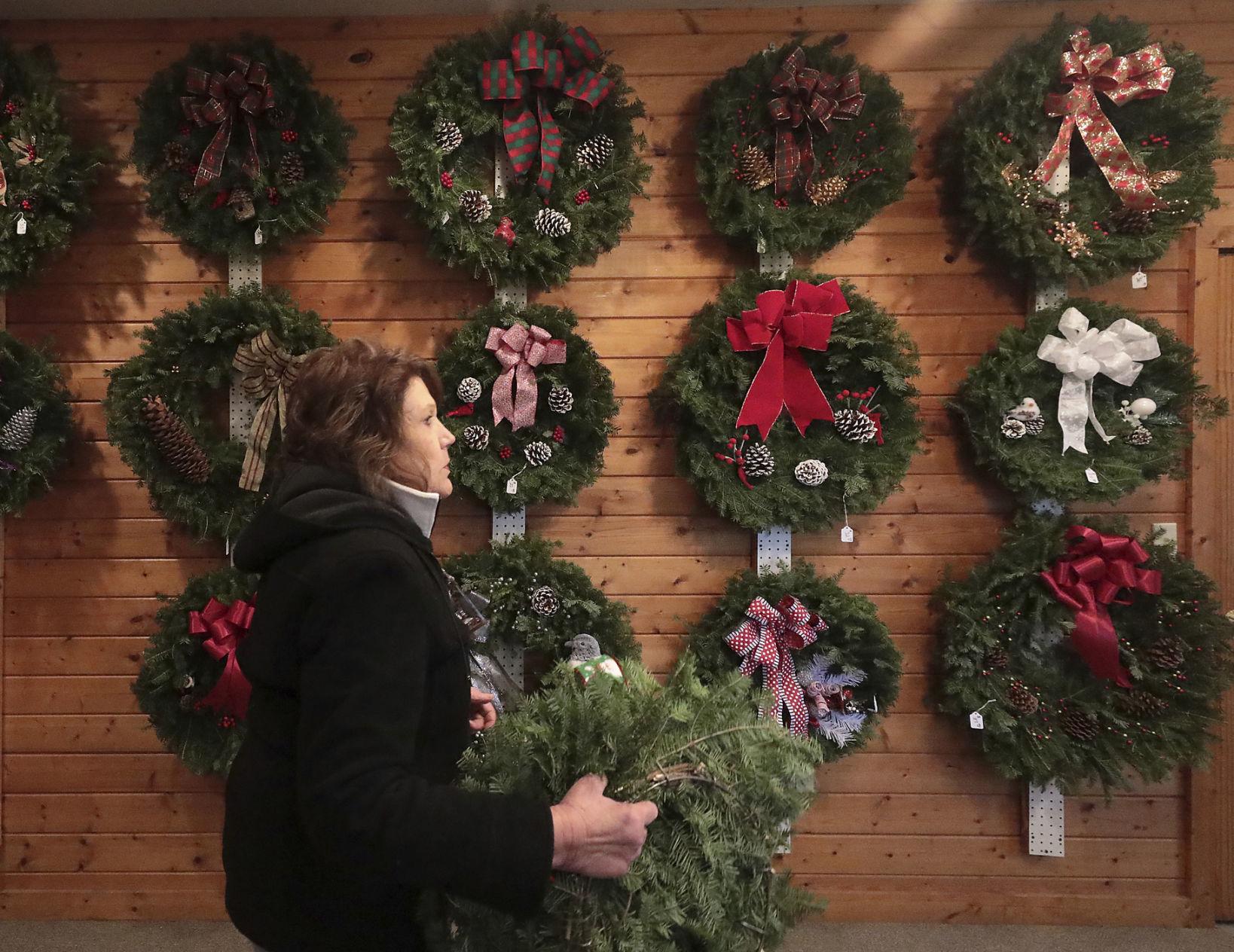 Designed holiday wreaths are displayed inside a retail space at Christmas Treeland in Baraboo, Wis. Thursday, Nov. 21, 2019. Carrying a wreath toward a display space is Suzanne Dohner, co-owner of the business. (John Hart/Wisconsin State Journal via AP) 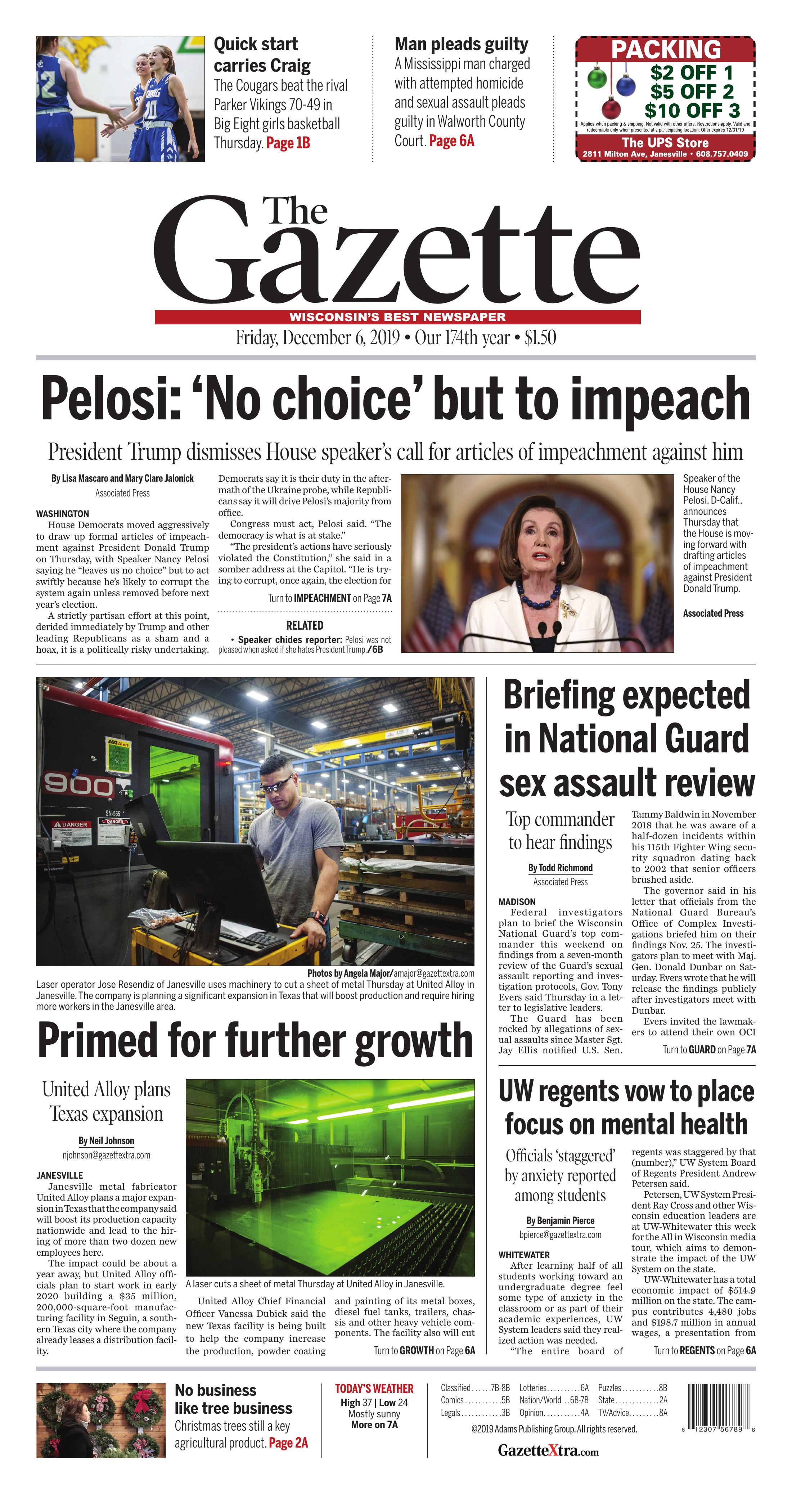