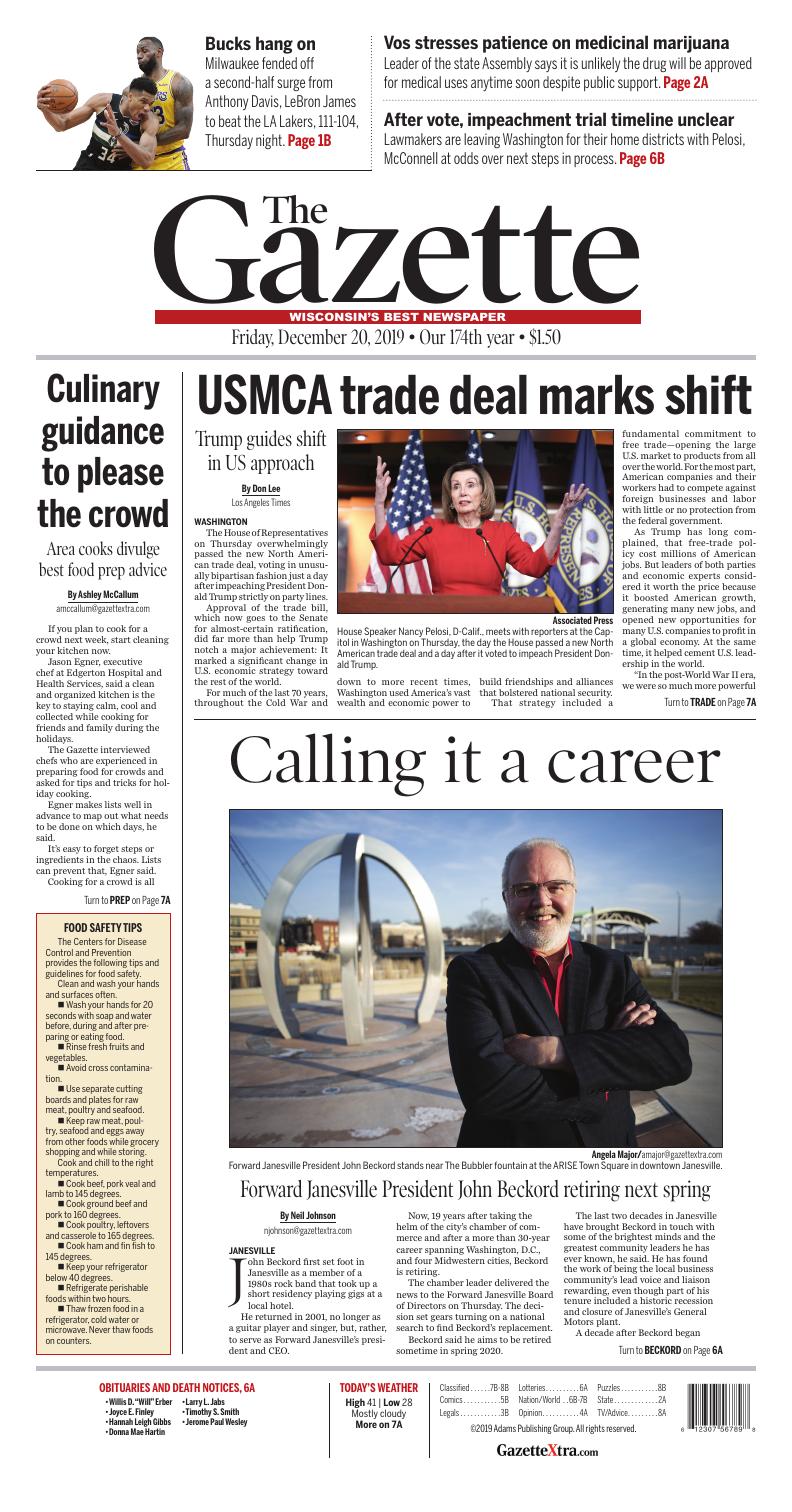 Forward Janesville leader John Beckord is retiring after nearly 20 years serving as the local chamber of commerce CEO and president.

John Beckord first set foot in Janesville as a member of a 1980s rock band that took up a short residency playing gigs at a local hotel.

He returned in 2001, no longer as a guitar player and singer, but, rather, to serve as Forward Janesville’s president and CEO.

Now, 19 years after taking the helm of the city’s chamber of commerce and after a more than 30-year career spanning Washington, D.C., and four Midwestern cities, Beckord is retiring.

The chamber leader delivered the news to the Forward Janesville Board of Directors on Thursday. The decision set gears turning on a national search to find Beckord’s replacement.

Beckord said he aims to be retired sometime in spring 2020.

The last two decades in Janesville have brought Beckord in touch with some of the brightest minds and the greatest community leaders he has ever known, he said. He has found the work of being the local business community’s lead voice and liaison rewarding, even though part of his tenure included a historic recession and closure of Janesville’s General Motors plant.

A decade after Beckord began work with other local officials to patch up and reshape Janesville’s reeling economy and flip the script on the industrial city’s identity, he’s ready to resume a pastime and passion he’d largely left behind since the 1980s.

Come springtime, Beckord, an Iowa native, said he plans to spend a lot more time singing and playing the guitar.

“I’ve been in this economic development and chamber management business for long enough. Time to do something different,” he said Thursday. 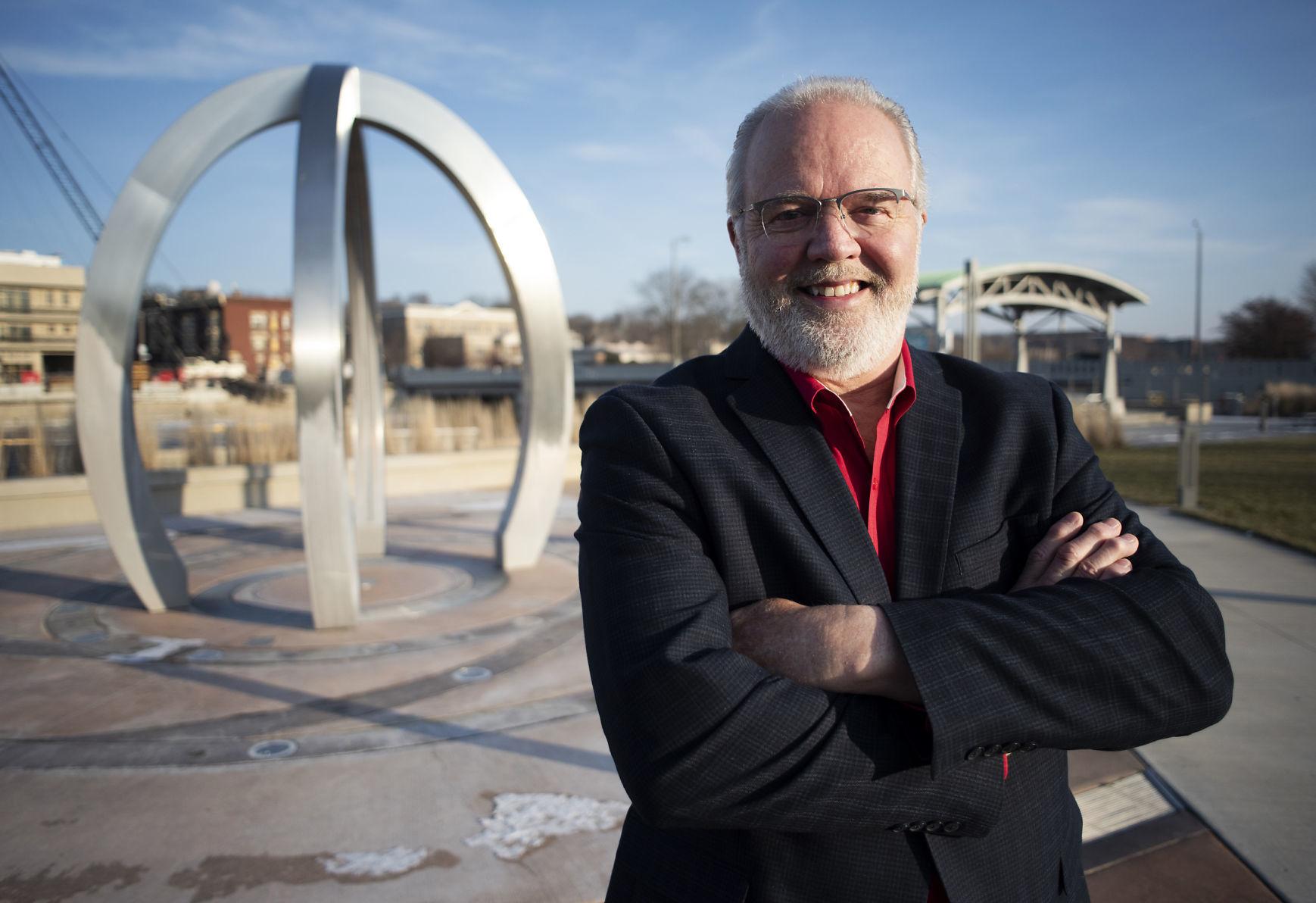 Beckord served earlier in his career as a chamber director in the Iowa communities of Iowa City, Cedar Rapids and Oskaloosa. He worked in Washington, D.C., with the National Retail Association and the U.S. Bureau of Labor Statistics.

But it was in Janesville that Beckord and others worked with an economy shattered by a tidal wave of economic woe that almost overnight erased 5,000 jobs here and blotted out $250 million in worker paydays from the local economy.

“It’s a very rare situation where a community is affected so severely, I guess you might say,” Beckord said.

Beckord now looks at the city through the lens of years of work to find ways to rework Janesville from a city reliant on one predominant industry—automotive—into a more diverse economy with emerging sectors including medical technology, logistics and distribution.

“We tried to flip the script and say ‘There’s great opportunity, here. There’s a Class A (industrial and commercial) space available. We are a great location on the map between Chicago, Madison and Milwaukee, and we happen to have a lot of workers who were looking for work. Many of them are skilled workers,” Beckord said.

Beckord ticked off statistics that he said show improvement here since the Great Recession:

Part of the improvement, he said, came through work by Janesville officials with developers and site locators in the Midwest and through targeted marketing of the city as a hub along the Interstate 90/39 corridor. Other parts came through work lobbying state and federal officials to fund a $1 billion expansion of I-90/39.

The mega project continues, but by 2021 it will have boosted the lanes that run through Janesville from four to eight, an improvement Beckord believes will solidify the city as a Midwest nexus for the warehousing and distribution industry.

In tandem, Beckord said, he and other officials from the chamber, the city, and Rock County worked to strengthen a family of homegrown companies he said officials considered “a base to rebuild” out of the recession.

Beckord said one milestone in diversifying Janesville is the launch of medical radioisotope startup SHINE Medical Technologies, a company the city was able to lure with major tax incentives and a land deal. SHINE after a decade of work is now building a long-awaited nuclear medical isotope production facility on the city’s south side. It could come online by 2022.

Beckord also said he’s proud of the work he did through the chamber to spur revival of the downtown’s riverfront through ARISEnow—a public-private initiative that the chamber and others have already used to raise $6 million in private investment in downtown revitalization projects.

Beckord said he would advise anyone taking a leadership role in Janesville’s economic development not to lose momentum in efforts to revitalize the city’s downtown, which he considers a core priority in the continued rebuilding of Janesville’s economy.

That’s alongside challenges Beckord said the city now faces, including a labor crunch and job growth that has strained the local housing market.

Beckord said that he hopes leaders to come will continue to find “progressive” ways to give incentives to new housing construction projects that will bring a range of new housing to the city.

If you plan to cook for a crowd next week, start cleaning your kitchen now.

Jason Egner, executive chef at Edgerton Hospital and Health Services, said a clean and organized kitchen is the key to staying calm, cool and collected while cooking for friends and family during the holidays.

The Gazette interviewed chefs who are experienced in preparing food for crowds and asked for tips and tricks for holiday cooking.

Egner makes lists well in advance to map out what needs to be done on which days, he said.

It’s easy to forget steps or ingredients in the chaos. Lists can prevent that, Egner said.

Cooking for a crowd is all about planning, said Nathan Downs, executive chef at SSM Health St. Mary’s Hospital-Janesville.

Know how many people you are cooking for and plan accordingly, Downs said.

People feel like they have to make a lot of food to accommodate a group, but that often leads to waste, Downs said.

A good rule of thumb is to plan 4 ounces of meat per person, Downs said.

Cooking and preparation does not have to happen in one day, Egner said.

Dishes that hold well can be prepared days ahead and frozen until the day of the event, Egner said.

For example, Egner prepared stuffed chicken breasts for the hospital’s staff holiday party. Egner made the stuffing a couple of days in advance and froze it, then popped the stuffing back into the oven the day of the party.

Prioritizing your cooking is helpful, Downs said. Generally, you want to start with meat or dishes that take longer to cook, then work your way down the list, Downs said.

Foods such as fruits, vegetables and salads should be prepared as close to serving as possible, Egner said.

Casseroles are good go-to holiday dishes because they can be made in advance, Egner said.

Pie crust is easy to make, you need only two ingredients, and it makes a world of difference, Downs said.

Egner’s favorite holiday dish to make is a yule log, he said. For his yule log, Egner rolls a sponge cake around chocolate mousse or whipped cream and covers it in homemade chocolate frosting, he said.

“It is the perfect thing to put on the table or bring out last,” Egner said. “Everybody loves dessert.”

The Centers for Disease Control and Prevention provides the following tips and guidelines for food safety.

Clean and wash your hands and surfaces often.

Cook and chill to the right temperatures. 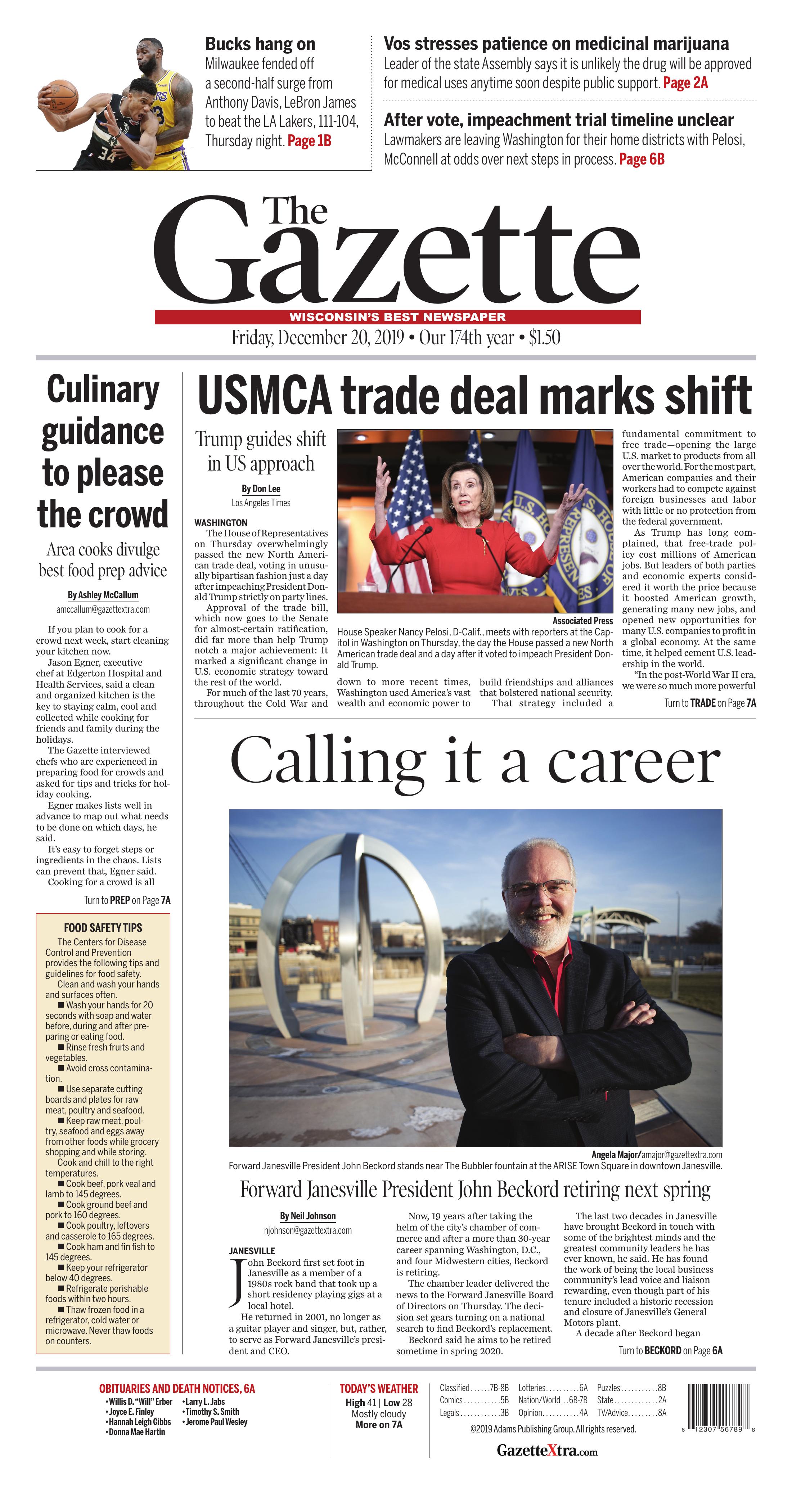