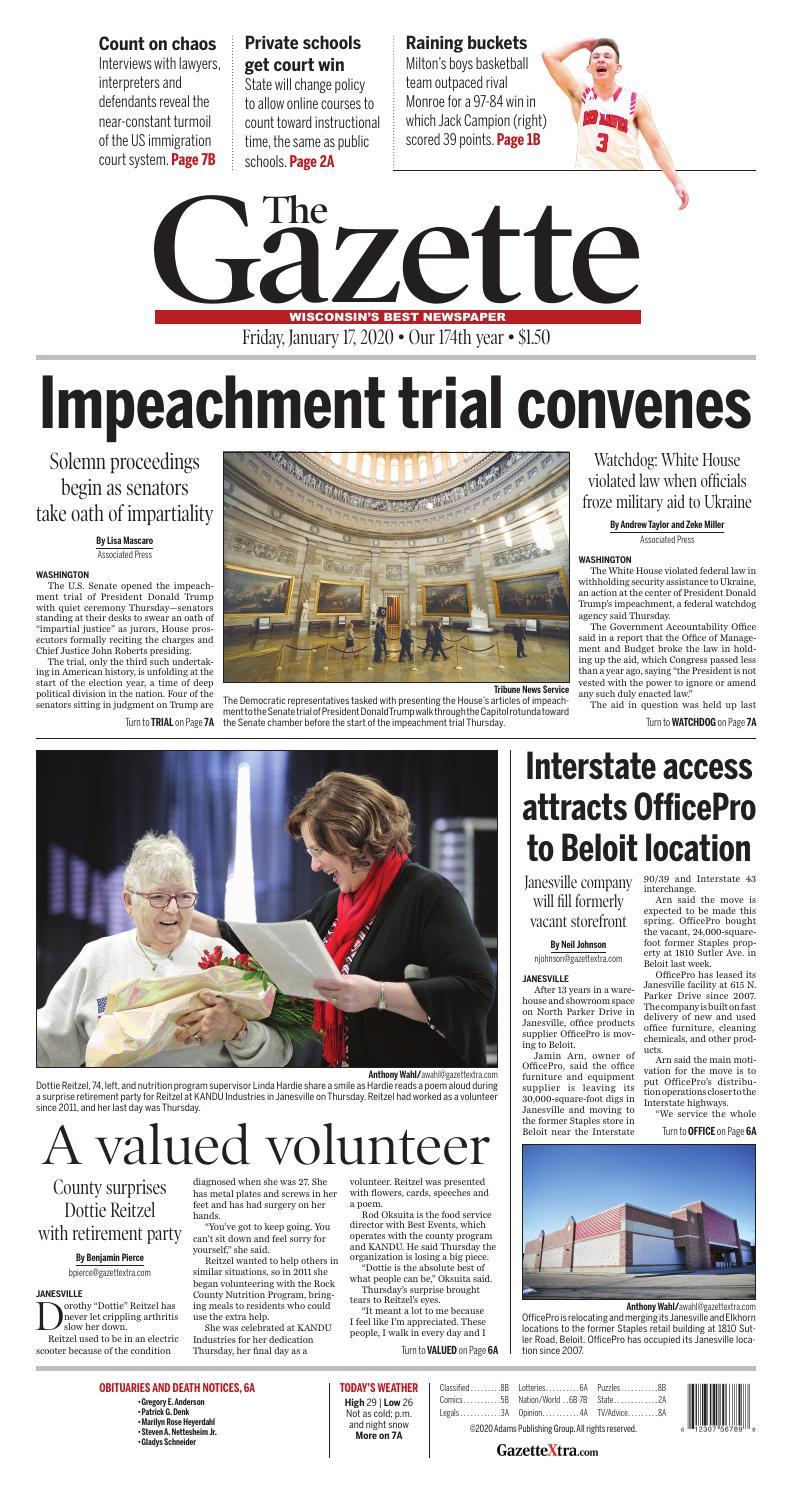 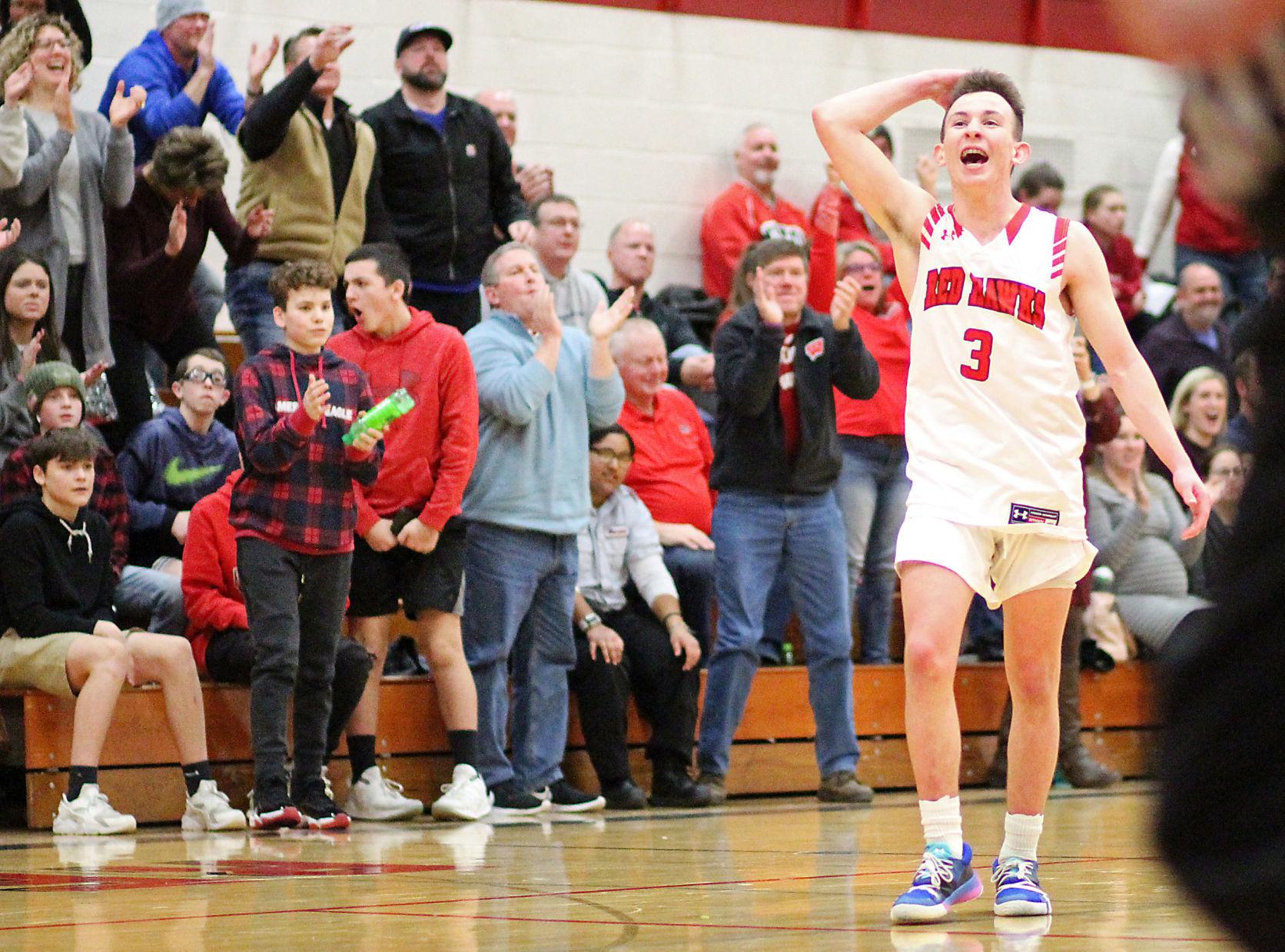 Dottie Reitzel, 74, left, and nutrition program supervisor Linda Hardie share a smile as Hardie reads a poem aloud during a surprise retirement party for Reitzel at KANDU Industries in Janesville on Thursday. Reitzel had worked as a volunteer since 2011, and her last day was Thursday.

Dottie Reitzel becomes emotional as Rod Oksuita, Best Events food service director, shares a few words and presents her with a bouquet of flowers during a surprise retirement party for Reitzel on Thursday.

Dottie Reitzel smiles as a letter is read aloud during a surprise retirement party for her Thursday.

Reitzel used to be in an electric scooter because of the condition diagnosed when she was 27. She has metal plates and screws in her feet and has had surgery on her hands.

“You’ve got to keep going. You can’t sit down and feel sorry for yourself,” she said.

Reitzel wanted to help others in similar situations, so in 2011 she began volunteering with the Rock County Nutrition Program, bringing meals to residents who could use the extra help.

She was celebrated at KANDU Industries for her dedication Thursday, her final day as a volunteer. Reitzel was presented with flowers, cards, speeches and a poem.

Rod Oksuita is the food service director with Best Events, which operates with the county program and KANDU. He said Thursday the organization is losing a big piece.

“Dottie is the absolute best of what people can be,” Oksuita said.

“It meant a lot to me because I feel like I’m appreciated. These people, I walk in every day and I see them, and the first thing they do is yell, ‘Hi, Dottie.’”

For eight years, Reitzel readied cold components of meals for home delivery. She put hot meal trays and cold components into separate insulated bags to be delivered to the homebound elderly in the Janesville area.

The program tried numerous times to pay her for her work, but she declined each time, asking instead for the money to go to those who need it more.

The 74-year-old began volunteering part-time two days a week. It took just one week before she was volunteering five times a week.

Reitzel has needed treatment for her crippling arthritis for the last four years. She refused the treatment because nobody would be able to take her place packing meals, and she didn’t want to leave the staff short-handed.

After her work with the Rock County program every day, she would return home to Riverview Heights Apartments to prepare and serve food to the other elderly residents. She will continue serving at the apartments.

“She never met a stranger,” Hardie said. “She connected beautifully with so many clients here.”

Reitzel said she’s going to miss the people and clients.

“The clients are just super. No matter if they’re handicapped, they’re still great people,” she said.

Hardie said Reitzel will be missed, too.

“She has made a huge, huge impact,” Hardie said. “It’s not explainable. It’s taking two people to replace her.”

She’s going to be stepping back, but Reitzel said during the holidays or busy times at KANDU she’ll be ready to jump back in if needed.

OfficePro is relocating and merging its Janesville and Elkhorn locations to the former Staples retail building at 1810 Sutler Road, Beloit. OfficePro has occupied its Janesville location since 2007.

After 13 years in a warehouse and showroom space on North Parker Drive in Janesville, office products supplier OfficePro is moving to Beloit.

Jamin Arn, owner of OfficePro, said the office furniture and equipment supplier is leaving its 30,000-square-foot digs in Janesville and moving to the former Staples store in Beloit near the Interstate 90/39 and Interstate 43 interchange.

Arn said the move is expected to be made this spring. OfficePro bought the vacant, 24,000-square-foot former Staples property at 1810 Sutler Ave. in Beloit last week.

OfficePro has leased its Janesville facility at 615 N. Parker Drive since 2007. The company is built on fast delivery of new and used office furniture, cleaning chemicals, and other products.

Arn said the main motivation for the move is to put OfficePro’s distribution operations closer to the Interstate highways.

“We service the whole country, but our regional delivery routes for trucks stretch from Freeport (in Illinois) and Monroe, all the way to Chicago, Milwaukee and the entire Madison market,” Arn said.

“For me, this move was about placing us at 43 and I-39/90. That was key for me, and it was key for a number of our suppliers that come to us every morning.”

From the Parker Drive location in Janesville, OfficePro is a few miles and a dozen stoplights away from the nearest Interstate on-ramp.

According to state Department of Revenue property transfer records, Arn paid $1.45 million on Jan. 10 for the Beloit property, which is the southernmost building in the Morgan Square strip mall off Milwaukee and Cranston roads. Beloit’s Staples store closed in mid-2016.

Arn opened OfficePro in his basement in 2003. Over the last decade, he acquired several office supply companies that now run under OfficePro, including Inter Office Products, Elkhorn Chemical and Commercial Office Products.

Arn said he wanted a space along a retail corridor for better visibility to walk-in customers. He plans to dress up part of the space as a showroom floor for new office furniture.

OfficePro in the past had sold an even split of new and used office furniture. Arn expects he’ll shift to carrying and selling more new furniture and office cleaning systems in Beloit.

“We can sell a $100 used file cabinet. But, you know, you could come in and want to demo a $30,000 riding floor scrubber or high-end office chairs” Arn said. “I think that we probably had some misperception that we can’t sell high-end furniture, right? We want to change that perception. To do that, we wanted to have some digs that are a little nicer, a better showroom to be able to showcase things a little bit better.”

Arn said part of the Staples space would operate as a document shredding center and a distribution warehouse that has more “vertical” storage space for the heavy volume of paper, chemicals and office supplies OfficePro moves daily.

In a phone message to The Gazette, Morgan Square co-owner Tom Lasse said he and a partner sold the Staples store to Arn. Lasse retains ownership of the rest of the commercial space in Morgan Square.

Lasse, a developer, thinks that having OfficePro plug into a retail storefront that has been vacant years could help the rest of the Beloit strip mall.

“It’s really been a struggle finding a new retail tenant for the Staples,” Lasse said. “We’re pleased we were able to sell it and have a business placed in the location.” 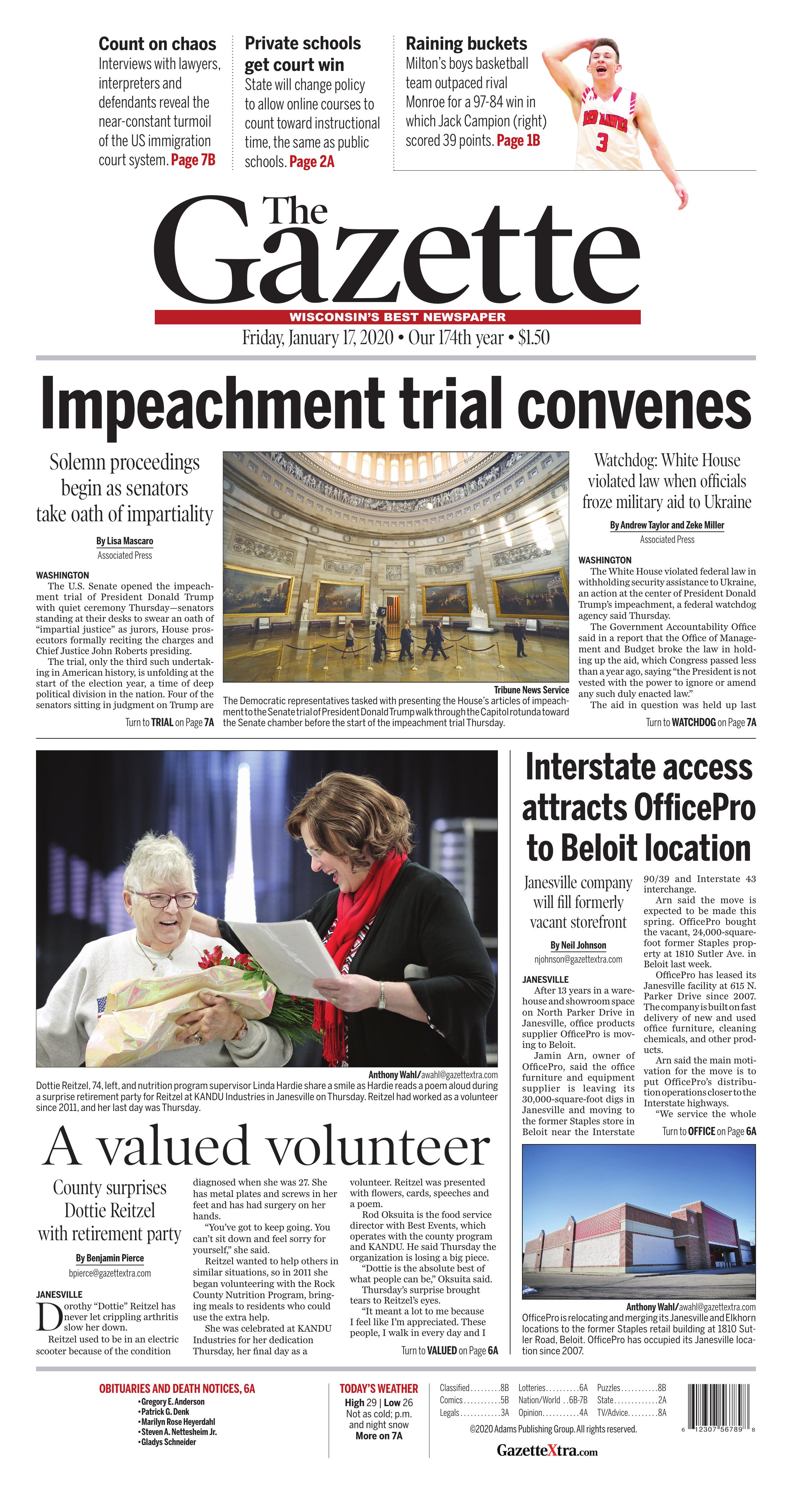