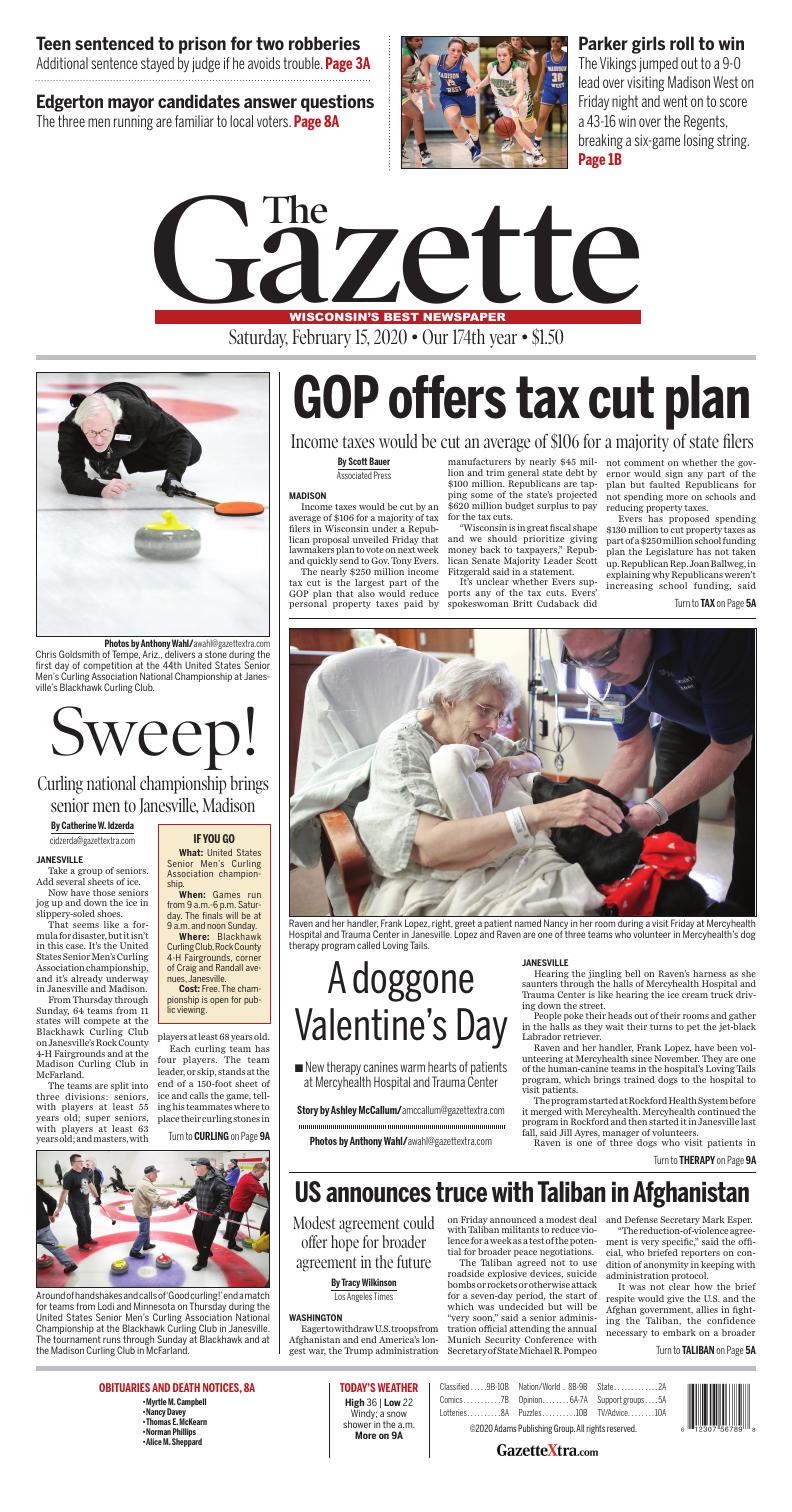 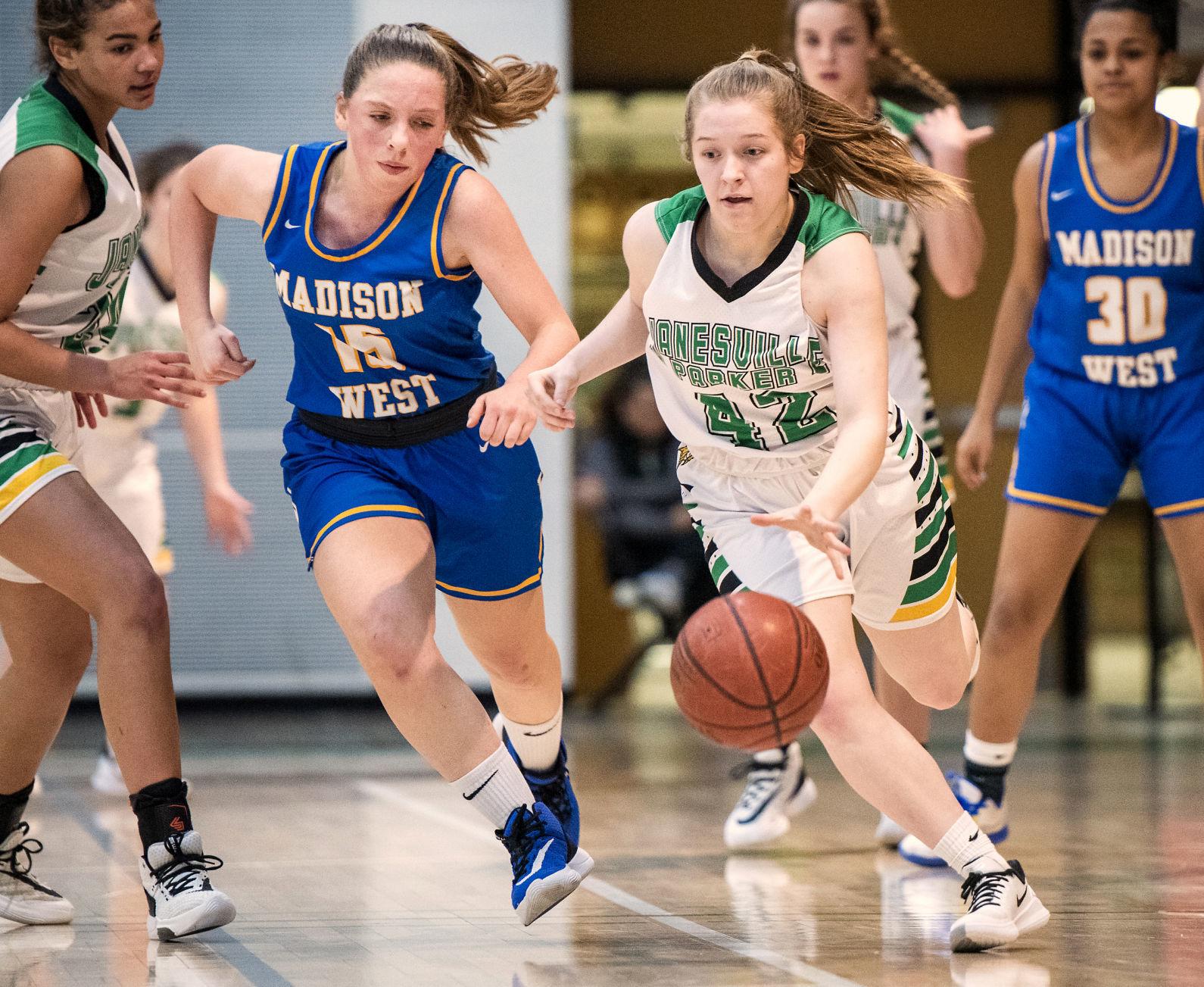 Income taxes would be cut by an average of $106 for a majority of tax filers in Wisconsin under a Republican proposal unveiled Friday that lawmakers plan to vote on next week and quickly send to Gov. Tony Evers.

The nearly $250 million income tax cut is the largest part of the GOP plan that also would reduce personal property taxes paid by manufacturers by nearly $45 million and trim general state debt by $100 million. Republicans are tapping some of the state’s projected $620 million budget surplus to pay for the tax cuts.

“Wisconsin is in great fiscal shape and we should prioritize giving money back to taxpayers,” Republican Senate Majority Leader Scott Fitzgerald said in a statement.

It’s unclear whether Evers supports any of the tax cuts. Evers’ spokeswoman Britt Cudaback did not comment on whether the governor would sign any part of the plan but faulted Republicans for not spending more on schools and reducing property taxes.

Evers has proposed spending $130 million to cut property taxes as part of a $250 million school funding plan the Legislature has not taken up. Republican Rep. Joan Ballweg, in explaining why Republicans weren’t increasing school funding, said lawmakers will consider more money for schools when crafting the next state budget next year.

The state budget that the GOP-controlled Legislature passed last year and Evers signed increased funding for K-12 schools by about $565 million over two years. Evers had proposed a $1.4 billion increase. Evers earlier this month called the Legislature into special session to spend $250 million more on schools, but the Assembly refused to take action.

Assembly Democratic Minority Leader Gordon Hintz dismissed the proposal as hastily thrown together in the waning days of the session and ignoring the needs of schools in the state. He also faulted Republicans for saying funding mental health care was a priority but then not using some of the surplus to address it.

The newly released Republican tax cut plan would not reduce personal property taxes as the governor proposed and that Fitzgerald had earlier said was a priority for him, as well. Instead, it would increase the standard deduction for income tax filers, thereby cutting income taxes. Reducing income taxes, instead of property taxes, will put more cash directly into the pockets of taxpayers, Ballweg said.

The income tax cut would affect about 64% of all filers, about 2 million people, and result in an average decrease to those who qualify of $106, according to the nonpartisan Legislative Fiscal Bureau. Married couples filing jointly would see an average cut of $145, while all other filers would see an average reduction of $81.

On the high end, currently any married couples earning more than $126,499 get no standard deduction. Under the plan, that income cut off would increase to $144,669.

The Senate plans to vote on the bill Wednesday, followed by the Assembly on Thursday, their final day in session this year. 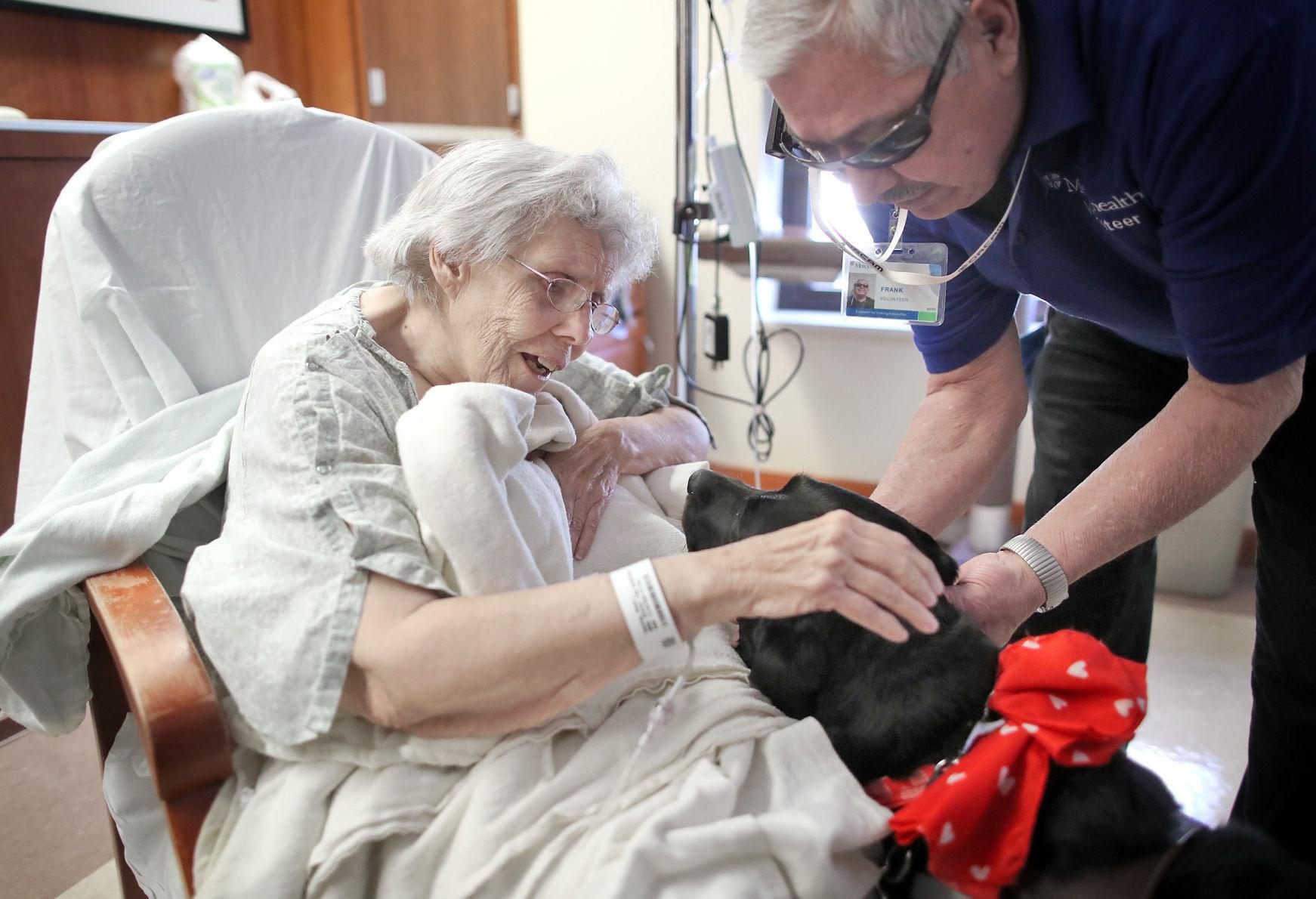 Raven and her handler, Frank Lopez, right, greet a patient named Nancy in her room during a visit Friday at Mercyhealth Hospital and Trauma Center in Janesville. Lopez and Raven are one of three teams who volunteer in Mercyhealth’s dog therapy program called Loving Tails.

U.S. Secretary of Defense Mark Esper attends a NATO defense ministers meeting at the NATO headquarters in Brussels on Thursday.

Eager to withdraw U.S. troops from Afghanistan and end America’s longest war, the Trump administration on Friday announced a modest deal with Taliban militants to reduce violence for a week as a test of the potential for broader peace negotiations.

The Taliban agreed not to use roadside explosive devices, suicide bombs or rockets or otherwise attack for a seven-day period, the start of which was undecided but will be “very soon,” said a senior administration official attending the annual Munich Security Conference with Secretary of State Michael R. Pompeo and Defense Secretary Mark Esper.

“The reduction-of-violence agreement is very specific,” said the official, who briefed reporters on condition of anonymity in keeping with administration protocol.

It was not clear how the brief respite would give the U.S. and the Afghan government, allies in fighting the Taliban, the confidence necessary to embark on a broader agreement. Asking the Taliban to reduce attacks for a week in the dead of an Afghan winter did not seem like a tall order, military experts said.

Administration officials had announced in September that they were near agreement with the Taliban, and President Donald Trump even spoke of inviting the Taliban to Camp David, the presidential retreat—to the consternation of many congressional Republicans and military leaders. But he abruptly pulled the plug on talks, citing a car bombing in Kabul that killed 12 people, including a U.S. service member.

Several Americans have been killed since then, including two last weekend who were shot by a gunman in an Afghan army uniform.

While Trump’s 2016 promise to end U.S. involvement in Afghanistan is one of his chief unfulfilled pledges as he seeks reelection, the official in Munich said it was too soon to announce a pullout of U.S. troops. Any withdrawal would be gradual and could take more than a year, military experts say.

There are roughly 12,000 U.S. military service members in Afghanistan, and about 4,000 troops from other NATO countries, nearly 18 years after the U.S. and its allies entered Afghanistan to fight the Taliban and al-Qaida in response to the Sept. 11, 2001, attacks on the World Trade Center and the Pentagon. Afghanistan served as a haven for al-Qaida fighters.

“We don’t want Afghanistan to ever become a platform (for terrorism) that threatens the United States and our allies,” the official said. “We’re not looking to be there just to be there.”

Although the Trump administration and the Taliban leadership have been negotiating off and on for a year, the Afghan government has not joined the talks. Reports from the region quoted Taliban officials saying that “intra-Afghan” talks would begin after the weeklong period of reduced violence, as early as the first week of March.

“We are ready to adjust (NATO) force level if Taliban is able to demonstrate real will and real ability to reduce violence, and we see a path to peace,” Stoltenberg said. “The best way NATO can support the peace efforts is to continue to support the Afghan army and security forces, so Taliban understands that they will never win in the battlefield and will have to sit down and negotiate.”

Human rights activists and aid workers have expressed alarm that the administration, in a rush to extricate American forces from Afghanistan, will make concessions to the Taliban. The group enforces a strict, conservative brand of Islam, and has in the past oppressed women and denied them education, among other draconian restrictions. 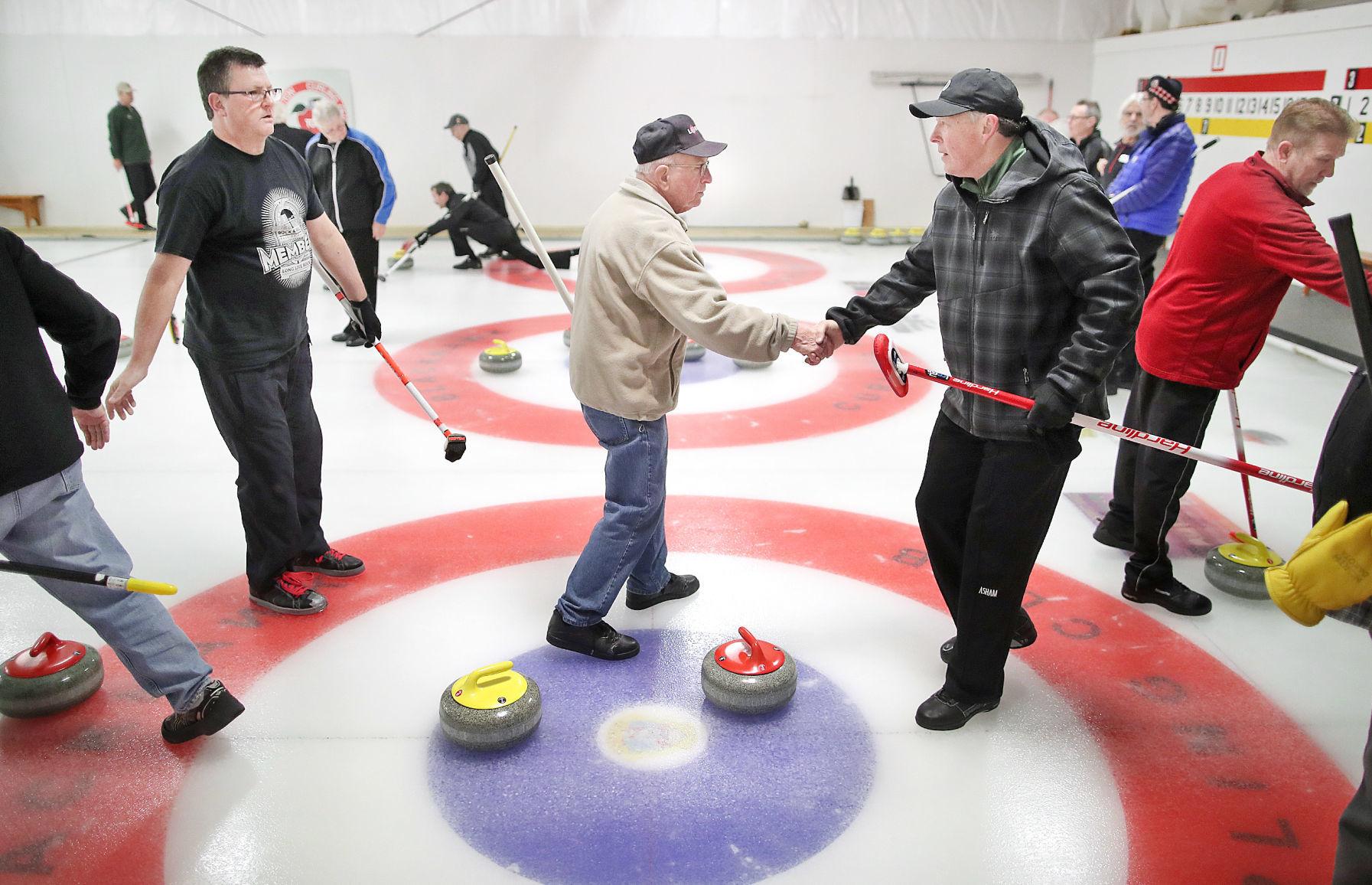 A round of handshakes and calls of ‘Good curling!’ end a match for teams from Lodi and Minnesota on Thursday during the United States Senior Men’s Curling Association National Championship at the Blackhawk Curling Club in Janesville. The tournament runs through Sunday at Blackhawk and the Madison Curling Club in McFarland. 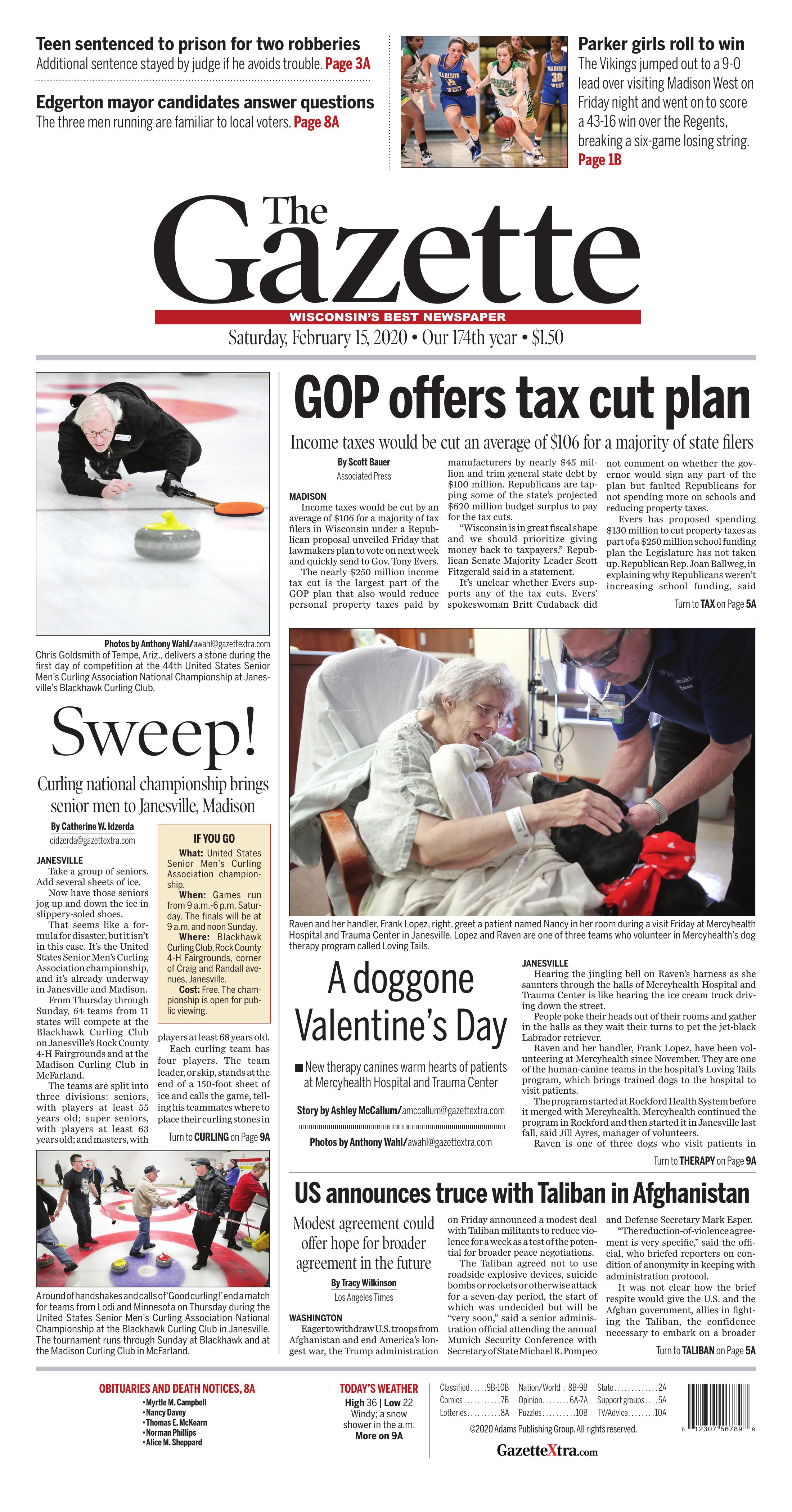