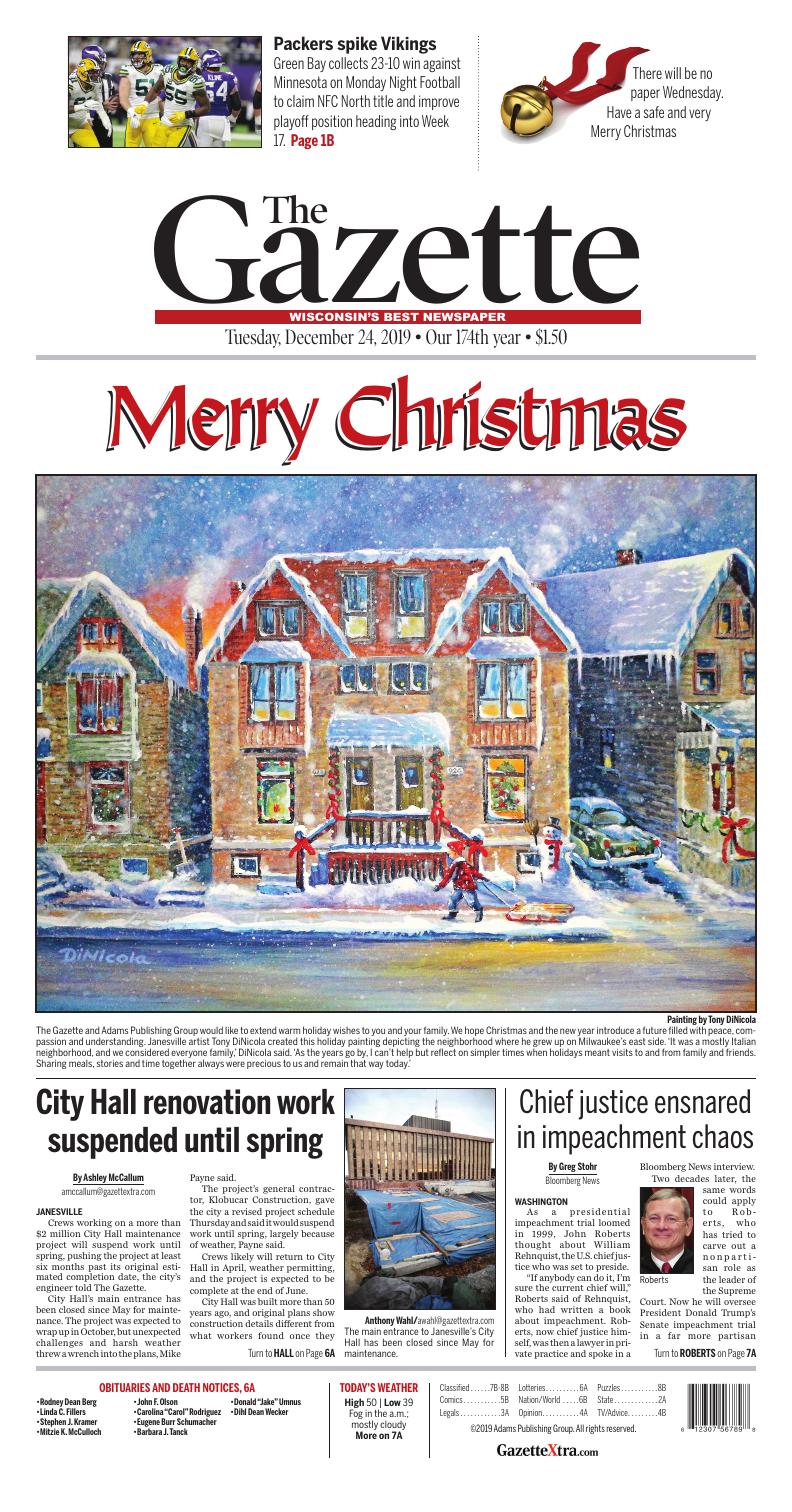 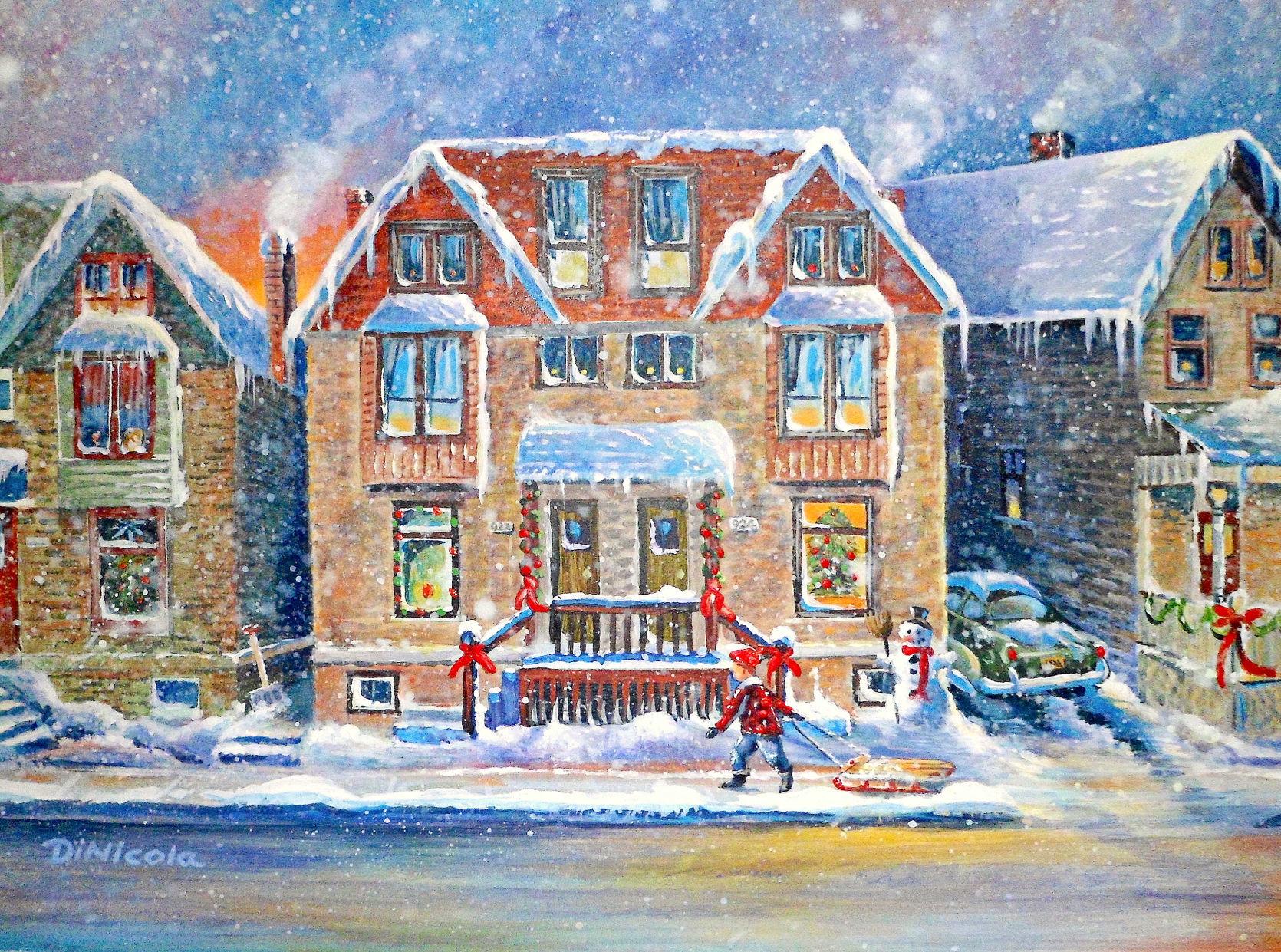 Janesville artist Tony DiNicola created this holiday painting depicting the neighborhood where he grew up on Milwaukee’s east side. ‘It was a mostly Italian neighborhood, and we considered everyone family,’ DiNicola said. ‘As the years go by, I can’t help but reflect on simpler times when holidays meant visits to and from family and friends. Sharing meals, stories and time together always were precious to us and remain that way today.’

The main entrance to Janesville City Hall has been closed since May for maintenance. The project is now expected to be finished in the spring, six months past the original completion date.

The main entrance to Janesville City Hall has been closed since May for maintenance. The project is now expected to be finished in the spring, six months past the expected completion date.

Crews working on a more than $2 million City Hall maintenance project will suspend work until spring, pushing the project at least six months past its original estimated completion date, the city’s engineer told The Gazette.

City Hall’s main entrance has been closed since May for maintenance. The project was expected to wrap up in October, but unexpected challenges and harsh weather threw a wrench into the plans, Mike Payne said.

The project’s general contractor, Klobucar Construction, gave the city a revised project schedule Thursday and said it would suspend work until spring, largely because of weather, Payne said.

Crews likely will return to City Hall in April, weather permitting, and the project is expected to be complete at the end of June.

City Hall was built more than 50 years ago, and original plans show construction details different from what workers found once they started, Payne said.

Some pieces of the project are moisture sensitive and were affected by heavy rain and early snowfall in October, Payne said. An unanticipated amount of granite had to be removed from the outside of the building to address interior and exterior concerns caused by water infiltration.

Code violations were found and needed to be addressed once workers began dismantling the building, Payne said.

The unexpected issues were not shocking considered the building’s age, Payne said.

The city has added three change orders to the project, tacking $430,000 onto the project cost, which will be borrowed, Payne said.

Project costs as of Friday totaled $2.59 million with more work to be done. The project was estimated in May to total $2.65 million.

All interior work has been finished, and all offices that had been temporarily relocated are back to their original spaces, Payne said.

Floor replacement in the parking structure and exterior brick and granite repairs have been completed, Payne said.

Windows and doors facing Jackson Street have been replaced.

Once completed, the front plaza will have structural improvements, more green space and a new accessibility ramp, Payne said.

City officials hope in late 2020 or early 2021 to replace City Hall’s fire alarm system, which is original to the building. After that, Payne said, the city will likely take a break from projects at the building. 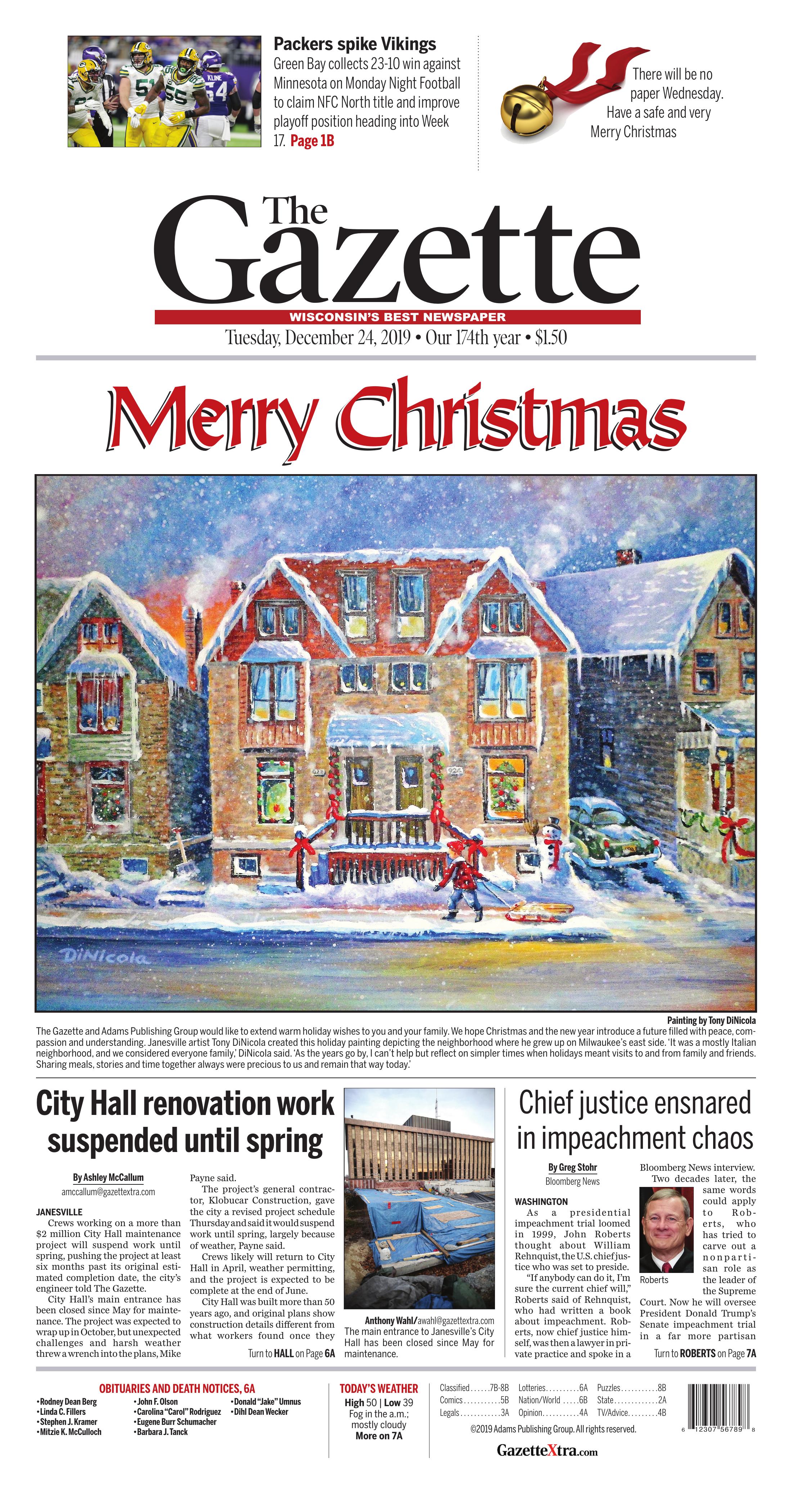