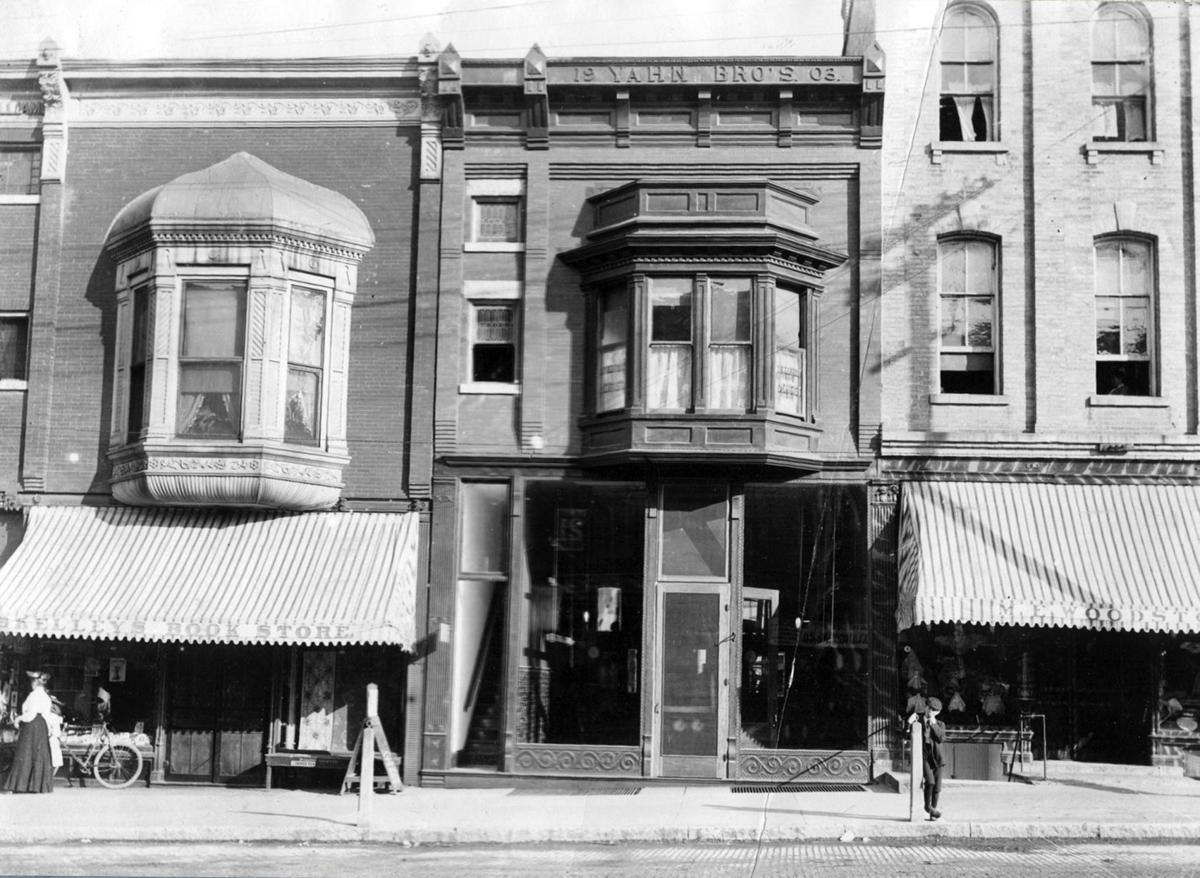 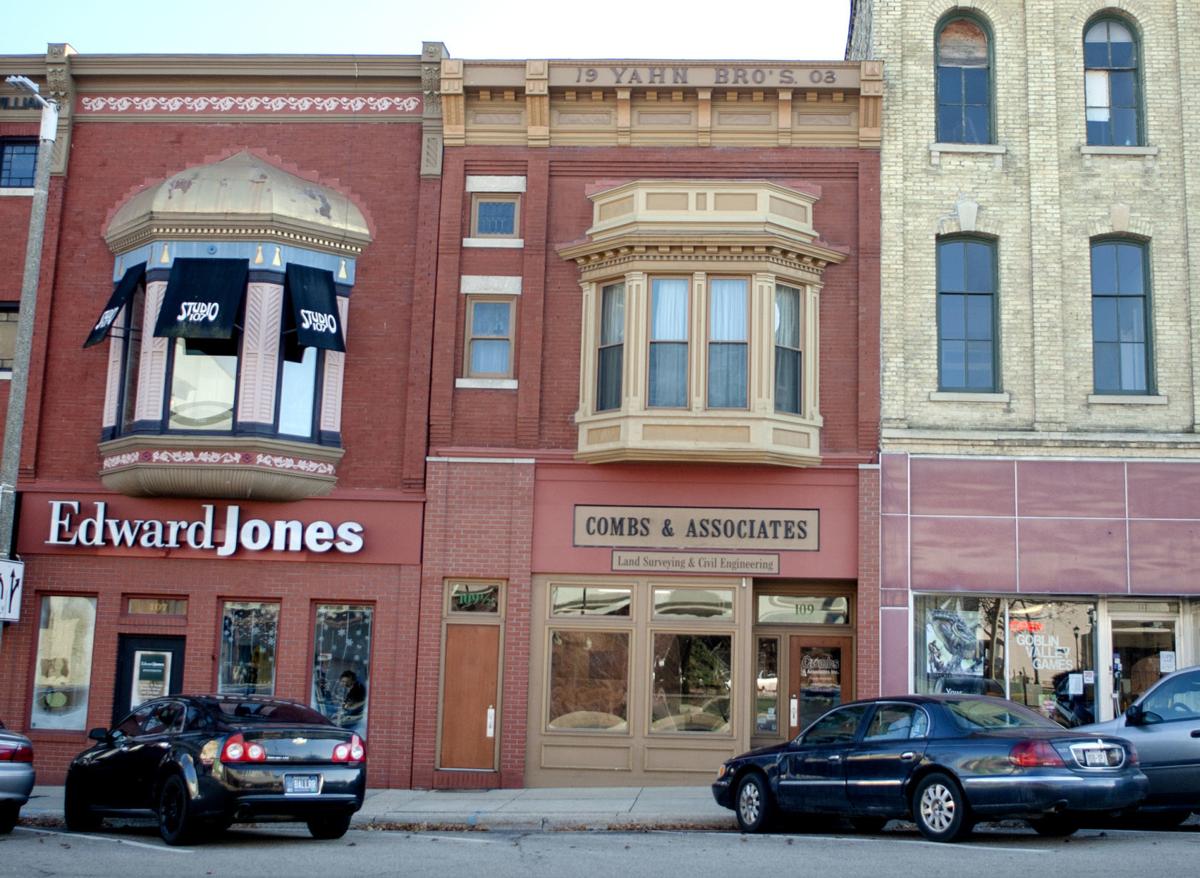 Use the slider to compare the photos

A photo from The Gazette files was taken in the 100 block of West Milwaukee Street in the first decade of the 1900s.

The awning on the store on the left says “Skelleys Book Store.” The store had nothing to do with novels, but rather sold wallpaper.

An ad in the 1906 Janesville Gazette announced, “We carry the most complete line of new up-to-date wall-paper in the city. Fine gilt and special papers, florals, tapestries and two-tones at a special low price. … Special books from the M.H. Birge and Robt. Graves Co.”

Both M.H. Birge and Robert Graves were major players in the wallpaper industry, and many of their designs are part of museum collections.

The building in the middle was home to Yahn Bros. butchers. The family had been based in Janesville since at least 1887, when a notice in the Janesville Daily Gazette announced that the brothers' business was open in the first block of West Milwaukee Street.

In January 1904, the brothers moved into their new building.

The building on the far right was home to a variety of businesses, including Kolle, which in 1890 carried the “finest selections of watches, clocks and jewelry”; Williams the Clothing Doctor, 1909; The Shoe Hospital, 1917; Safady Bros., which in 1928 sold “moleskin pants, very stout for working men, $1.98”; a shoe store that had several owners, and Yagla’s, “Janesville’s leading camera store."