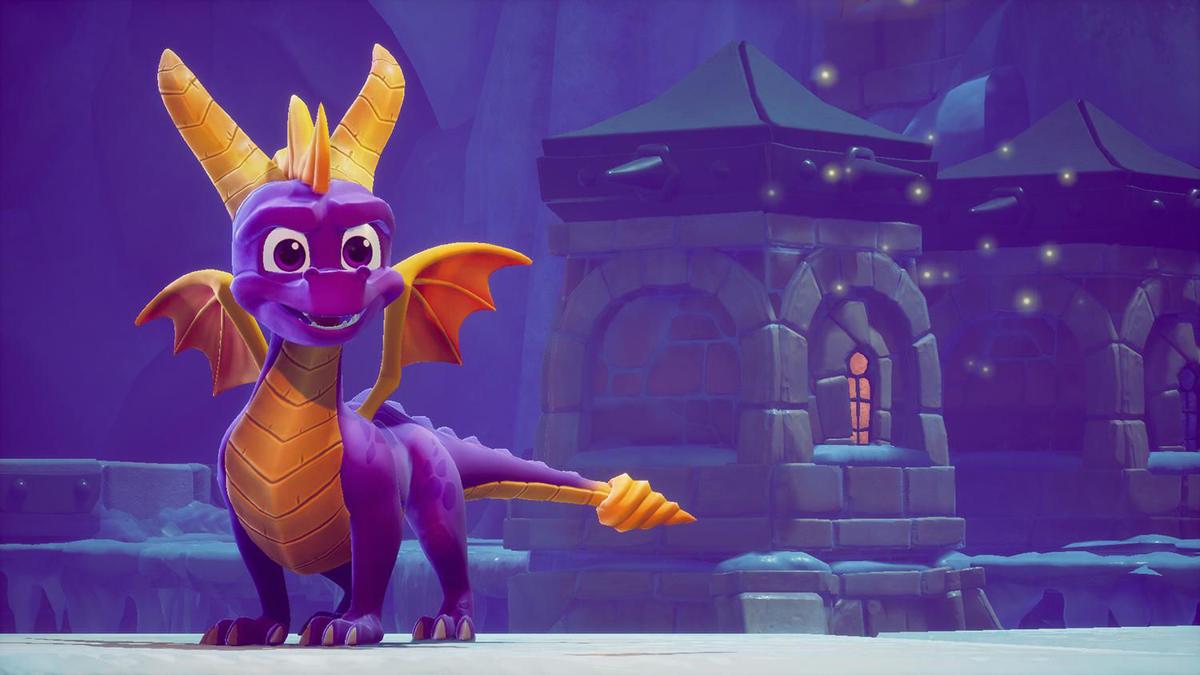 My parents bought me a used Nintendo 64 when I was a preteen and a PlayStation 2 after that, so I never had a chance to play most original PlayStation games.

Due to their popularity, the “Spyro” games were an exception. I booted them up whenever I had a chance at friends’ houses, and while I never got to play any of these games for long, to this day I vividly remember how cool it was to play a game as a gliding purple dragon.

The fact that the “Spyro Reignited Trilogy,” a remake of the three PS1 “Spyro” games, is so good even to do this day without changing the core gamplay is a testament to how much of a breakthrough series it was. In fact, the upgraded “Spyro” games are some of my favorite this holiday season, which says a lot about the quality of modern games ... but I digress.

The premise of “Spyro” is juvenile, but this is a game for children, after all. A bunch of adult dragons across the world have been turned to stone and had their treasures stolen, and it’s up to young Spyro to go to different levels and collect gems, defeat baddies and find and free dragons.

Most modern platformers introduce new moves throughout the games that give you access to hidden areas in earlier levels. Not “Spyro.” From the get go, Spyro has the three moves he needs to succeed: a charge, a burst of fire breath and the ability to glide. The simplicity of his repertoire of his move set is refreshing.

Some enemies can be killed with only one move, and it’s a cinch to figure out which to use. I died only a handful of times throughout my playthrough, and that was almost always because I was trying to fly over a chasm to somewhere I couldn’t reach.

If you’re looking for a challenging platformer, “Spyro Reignited” won’t be your first choice.

Each level takes only about 10 minutes to beat, but that’s part of the appeal. You can play “Spyro” in bite-sized chunks and complete a level or two and not have to worry about where you left off when you come back.

Each level is easy enough for a child to beat but is still satisfying for adults looking to find every gem and free every dragon, making this the perfect game for parents to play with their children. In fact, I’m bummed I don’t have kids of my own to enjoy the game with.

What makes the remakes so great compared to the originals are the graphical upgrades. The games are so beautiful that they appear brand new. Each dragon freed rewards you with a unique, cleverly designed creature to admire, and it’s fun to just sit back and enjoy the popping colors and cartoony aesthetic. Even the game’s music has been upgraded.

The “Spyro Reignited Trilogy” enhances the PlayStation 1 “Spyro” games with Pixar-esqure graphics and upgraded music without tweaking the core gameplay that made the original games instant classics. The games aren’t challenging, but the simple, pick-up-and-play gameplay is fun for adults and kids.

“Spyro Reignited Trilogy” was reviewed on the Xbox One with a digital copy provided by the publisher's PR agency, Step 3.