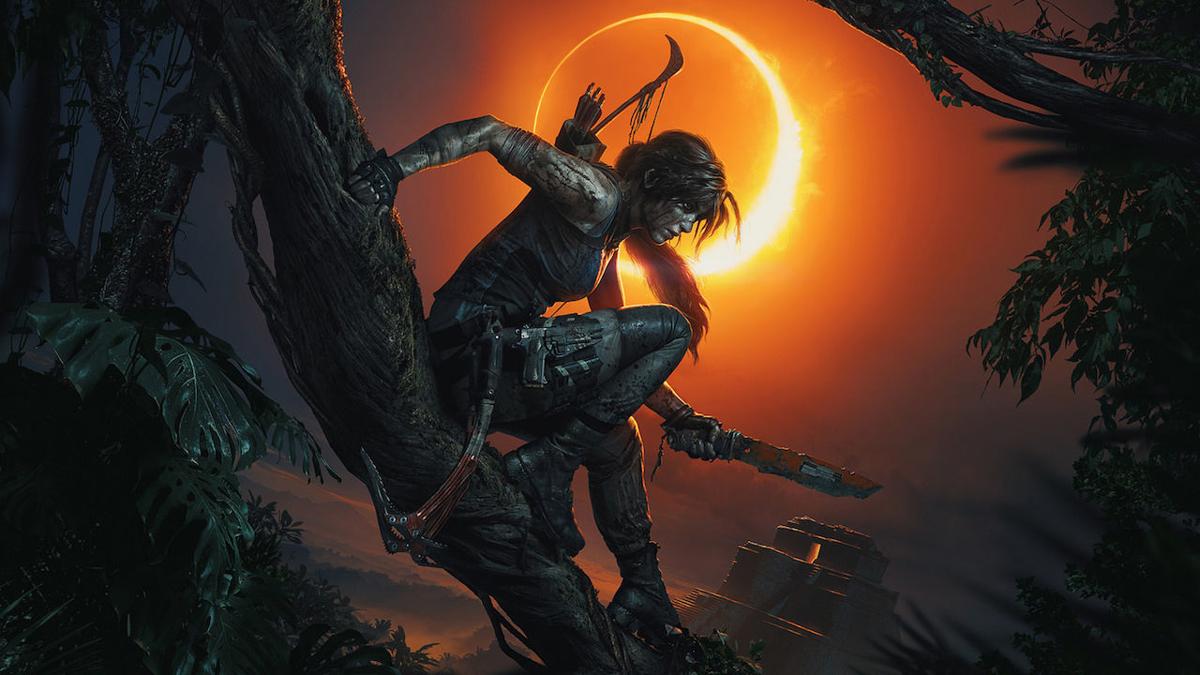 ‘Shadow of the Tomb Raider’ is the weakest of the series’ three games, writes Gazette gaming columnist Jake Magee. 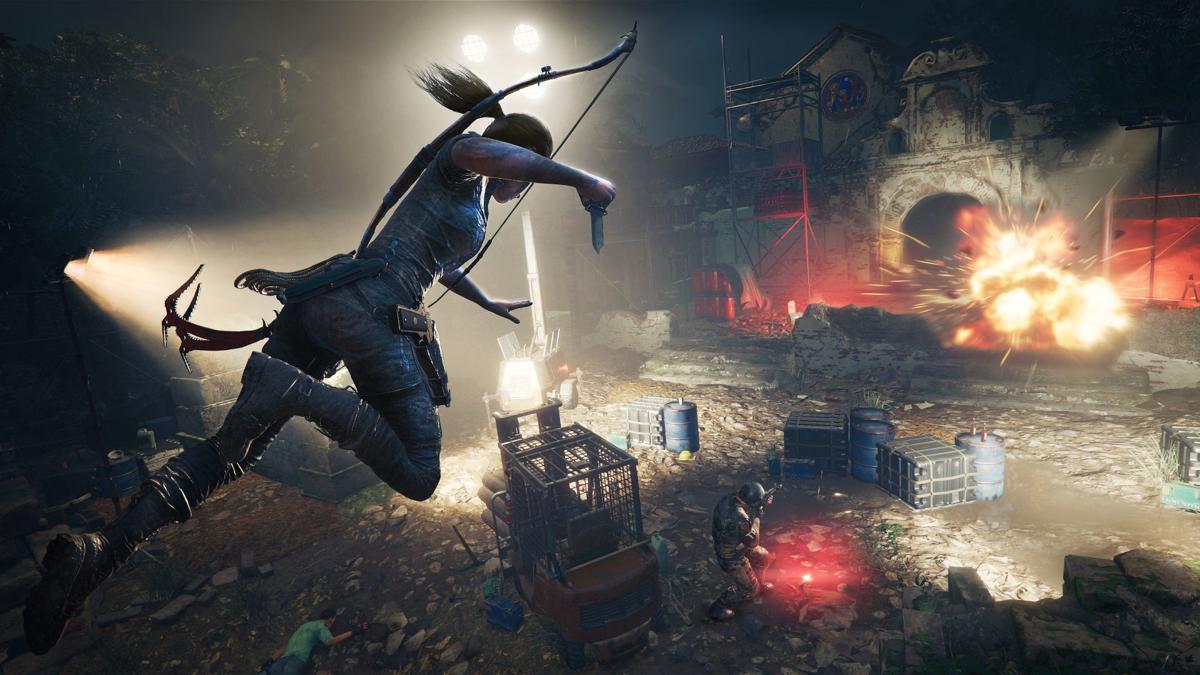 ‘Shadow’ shines during combat, which is unfortunately rare, writes Magee. 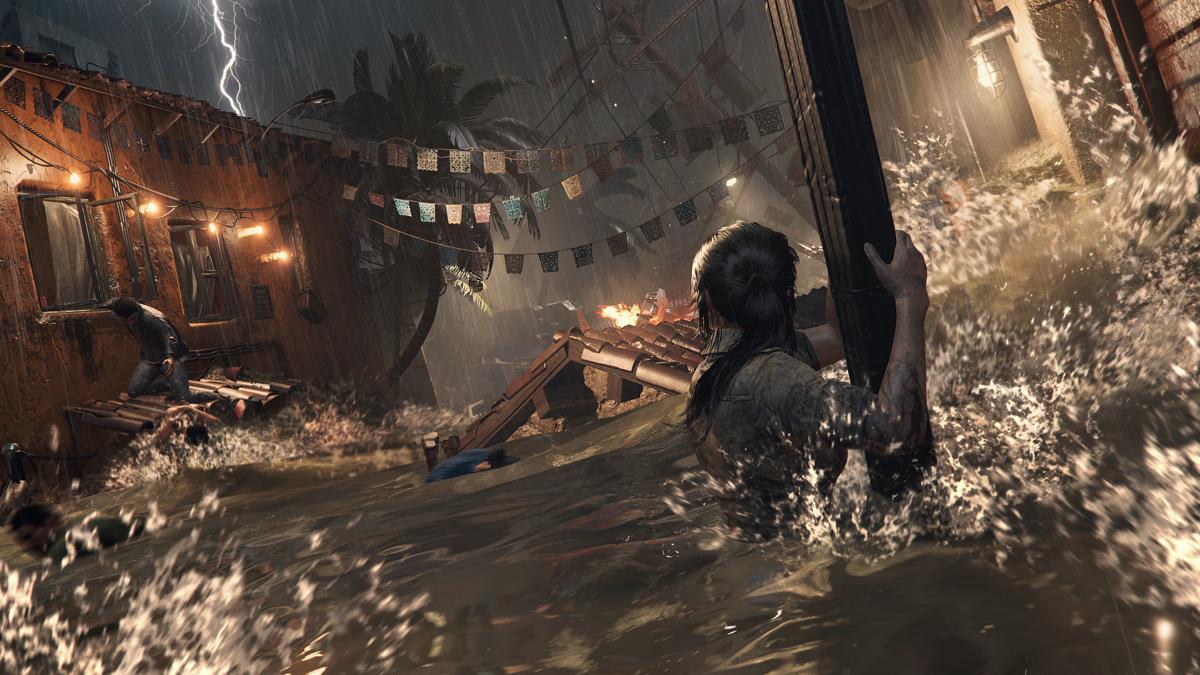 ‘Shadow’ features a few cool set-piece moments where Lara Croft must outrun a tsunami or mudslide, but they’re not as memorable as instances from the series’ other games, Magee writes.

‘Shadow of the Tomb Raider’ is the weakest of the series’ three games, writes Gazette gaming columnist Jake Magee.

‘Shadow’ shines during combat, which is unfortunately rare, writes Magee.

‘Shadow’ features a few cool set-piece moments where Lara Croft must outrun a tsunami or mudslide, but they’re not as memorable as instances from the series’ other games, Magee writes.

Lara Croft is back, bringing her stealth-focused combat expertise, tomb-raiding talents and penchant for wall-climbing around for a third time. This time, she finds herself in the Amazon battling jungle cats just to survive.

“Shadow of the Tomb Raider” grabbed my attention from that early-game moment, but its grip loosened over time. The game simply doesn’t get more exciting as it progresses. While it’s as fun as ever to explore crypts, solve puzzles and silently take down goons with a knife and bow, “Shadow” is the rebooted series’ weakest, least-innovative entry.

“Shadow” shines during stealth combat, but it is unfortunately rare. I can remember only a handful of fights throughout the game, and a few of them were open arena-style combat. With zero aim assist and Lara literally having to scramble to survive onslaughts, these sections quickly fall apart and made me wish I could duck into a bush to hunt down enemies one by one.

On the rare instances I did get to stalk my prey, I enjoyed the new tricks at Lara’s disposal. She now has the ability to climb trees and shoot baddies with a rope arrow to pull them up and hide their bodies in the canopy. It’s one of many skills you can unlock for Lara, but by the time I did, I had only a few precious opportunities to use it.

Lara also can use her survival instincts to see if the enemy you’re about to take down is visible to others, making it easier to eliminate an entire jungle of foes one by one. Coating yourself in mud makes it harder to be spotted, and Lara can now dress in certain attire that makes stealth (and other forms of combat and exploration) easier. They’re all welcome additions that make “Tomb Raider” that much more satisfying.

Sadly, many parts of “Shadow” simply aren’t satisfying at all, bordering on being downright boring.

The game is overrun with collectibles I felt compelled to pick up whenever I found them, but I hardly cared enough to even see what it was I gathering. Lara spends plenty of time climbing walls, swinging, rappelling, swimming (so much swimming) and otherwise exploring, and after a while I realized I’d much rather be fighting than traversing some dangerous obstacle for the 30th time.

Of course, it wouldn’t be a “Tomb Raider” game without tombs to raid. There are plenty, and they’re as great as any the series has featured.

Some truly tested my puzzle-solving abilities. This time around, you can tweak the game’s combat, exploration and puzzle difficulty individually, meaning if you want a challenge--but to breeze through puzzles--you can. It’s a nice way to let players make the experience their own.

A big part of “Shadow” involves side missions, and the vast majority of those are boring fetch missions: go here, talk to this guy, collect this item, return. I kept playing them hoping they would allow for some combat scenarios I so desperately craved, but few did. Overall, they were a disappointing waste of potential.

Normally, a game’s story can keep me entertained if the gameplay isn’t the best, but I found “Shadow’s” uncompelling. For some reason, Lara wants to stop a group that is trying to halt the apocalypse she set into motion. It’s not explained very well, and I just couldn’t bring myself to care about Lara’s journey.

Five years later, her 2013 origin story is much more memorable to me than the narrative of this game I beat last week, if that tells you anything.

Weak pacing, a forgettable story and a poor balance between combat and exploration make “Shadow of the Tomb Raider” the weakest entry in Lara Croft’s rebooted adventures. If you enjoyed the previous two games in the series, you’ll enjoy “Shadow,” but expect smaller and more repetitive doses of what makes the series so fun.

“Shadow of the Tomb Raider” was reviewed on the Xbox One with a digital copy provided by the publisher’s PR agency, Tara Bruno PR.