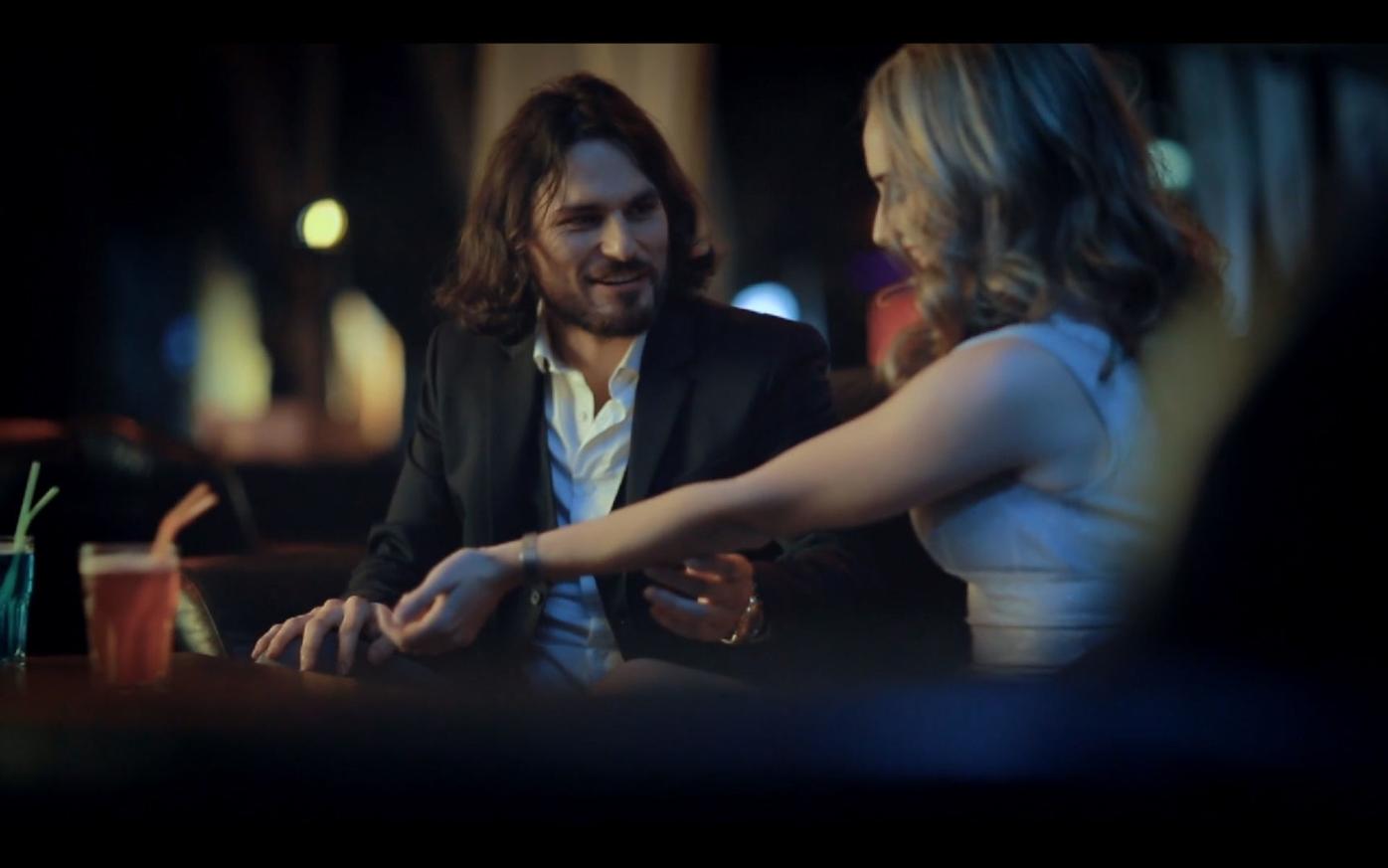 ‘Super Seducer’ was recently removed from the PlayStation Store after critics claimed the game is sexist. Gazette gaming columnist Jake Magee writes that games should not face such censorship. 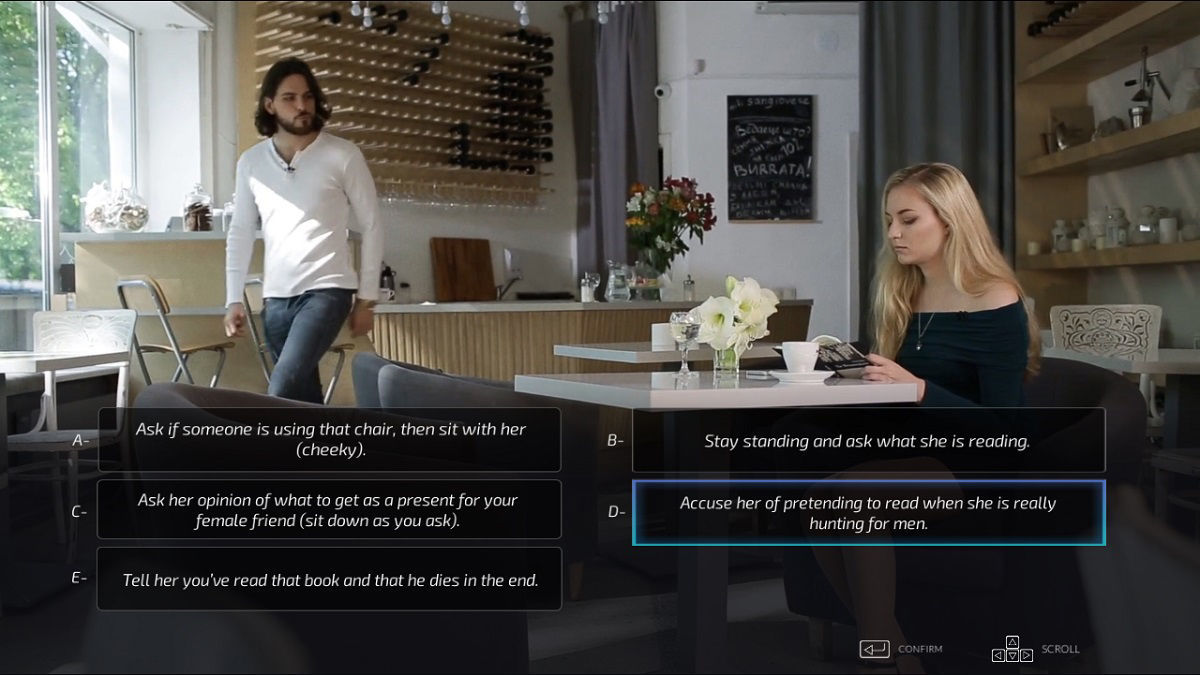 In ‘Super Seducer,’ players choose different options to try to woo women. The wrong choices result in the woman reacting badly and the game explaining your mistakes.

‘Super Seducer’ was recently removed from the PlayStation Store after critics claimed the game is sexist. Gazette gaming columnist Jake Magee writes that games should not face such censorship.

In ‘Super Seducer,’ players choose different options to try to woo women. The wrong choices result in the woman reacting badly and the game explaining your mistakes.

An unusual indie game has gotten a lot of attention recently, but probably not for the reason developers want.

According to the game’s description, “Super Seducer” teaches men how to approach and interact with women.

Based on gameplay videos I’ve seen, “Super Seducer” stars actors including La Ruina. Playing as La Ruina in different scenarios, you approach women and try to win them over by choosing different dialog options. Choose correctly and you progress through the game. Choose incorrectly and the girl reacts negatively, and La Ruina explains your mistake.

From what I’ve seen, the game doesn’t take itself too seriously. One woman La Ruina approaches talks about how she’s on her way to the park to feed squirrels, which is something I’ve never heard anyone deliberately spend their free time doing. In another scene, you can choose to have La Ruina literally sneak up behind a couch on which two girls are sitting. At one point, he dances at a nightclub in just about the most unhip manner possible.

But none of this stopped several publications from writing about how terrible the game is for society.

Motherboard published a piece claiming the game teaches men to be creeps. Another said “Super Seducer” is the last thing we need in the #MeToo era.

Most egregious of all was an article from The Guardian that claimed “Super Seducer” teaches men it’s OK to grope women and makes harassment something to aspire to. The piece fundamentally misunderstands the game’s objectives so severely I’d bet the author deliberately misconstrued the game to make it look as bad as possible.

But don’t take it from me. According to Shanna Vincent, an actress in the game whom I interviewed Sunday, the game punishes you for being a creep. Make a crude comment, and a girl might flip you off, throw water on you or even slap you. Being a jerk in the game makes you fail, not succeed, Vincent told me.

Even if being a creep was rewarded, I don’t believe a game alone can influence people to behave a certain way. We already know video games don’t cause men to become mass shooters. If that’s true, how can a game teach men to sexually assault women? Both have to be true or false; you can’t have one without the other.

Vincent has been harassed in real life, and she explained she never felt uncomfortable with the script, working with La Ruina or the message the game conveys. The game’s director is a woman, and La Ruina’s wife also acts in the game. Vincent now considers them friends, she told me.

On top of that, the game is entertainment at its core. The ridiculous things you can do and say in the game are part of that. It doesn’t mean La Ruina, the actresses or the game itself condones those actions, Vincent said.

Regardless, the backlash from critics was enough to prompt Sony to pull the game from the PlayStation Store. That wasn’t good enough for some; the game remains for sale on Steam, and activists set to work to try to have the game removed from the platform. As of this writing, a petition calling for its removal from Steam has more than 1,400 signatures.

Vincent wasn’t immune from criticism. She said she’s received multiple messages from people telling her to kill herself. It’s odd to me that the people who think “Super Seducer” is harmful to society are the ones telling women who chose to act in it to commit suicide, but I digress.

You might hate “Super Seducer” as much as anyone. Personally, I know it’s a game I would never play (except for ironic laughs). But calling for censorship is the wrong answer (as is telling actresses to kill themselves, but that should be obvious).

Video games are protected free speech under the First Amendment, something in which I’m a firm believer. But my love for free speech goes beyond the First Amendment; my desire is that the spirit of free speech is honored in all aspects, whether or not the government is involved. That means I’m going to stick up for “Super Seducer’s” right to exist, even though I’m not a fan of the game.

The free market will dictate what products, including video games, are worth consuming, and companies and governments shouldn’t be pressured to interfere with that process. If “Super Seducer” is as horrible as critics say, it will fail on its own. No censorship is needed.

Obviously companies have the right to sell or not sell whatever products they want, and “Super Seducer” is no exception. But I think it says a lot that Sony pulled the game from its store because of nothing more than outrage from some easily offended fringes.

What’s ironic about all this, if anything, is that calls for censorship have only increased people’s interest in the game. Had critics not made such a fuss about “Super Seducer,” I doubt many would have even heard of it. Now that every website is lambasting it, however, the game has many more eyes on it than it otherwise would.

Critics are shooting themselves in the foot like they did when they decried the lack of representation in “Kingdom Come: Deliverance.”

Video game columnist Jake Magee has been with GazetteXtra since 2014. His opinion is not necessarily that of Gazette management. Let him know what you think by emailing jmagee@gazettextra.com or following @jakemmagee on Twitter.