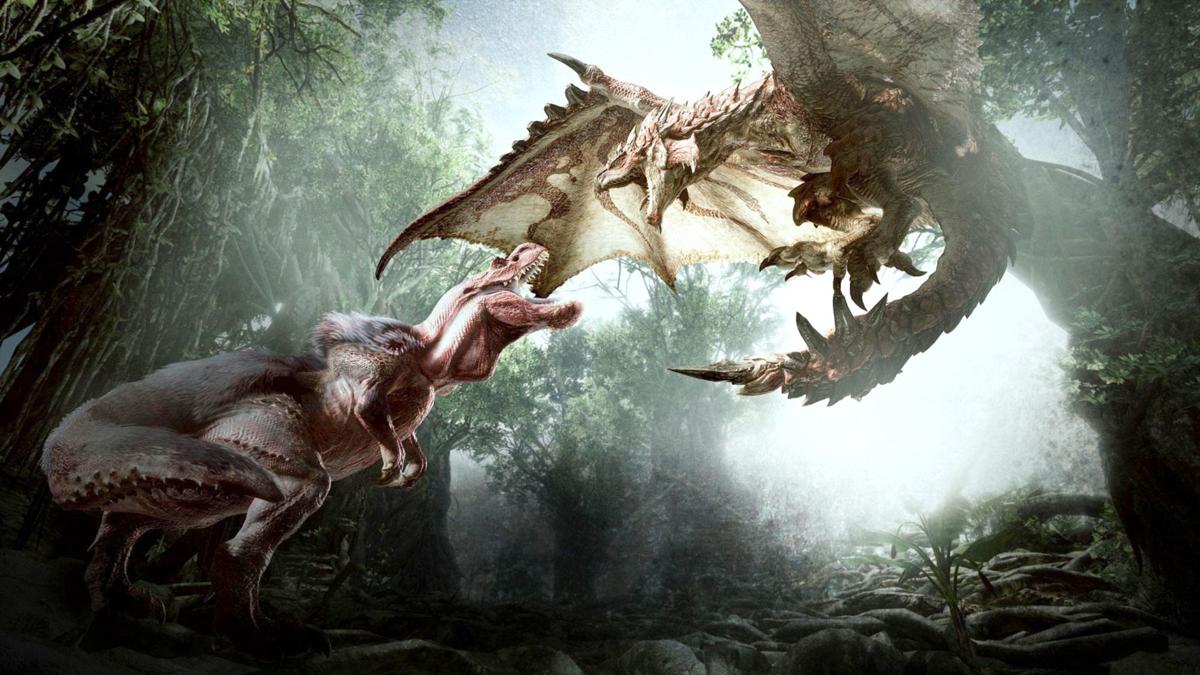 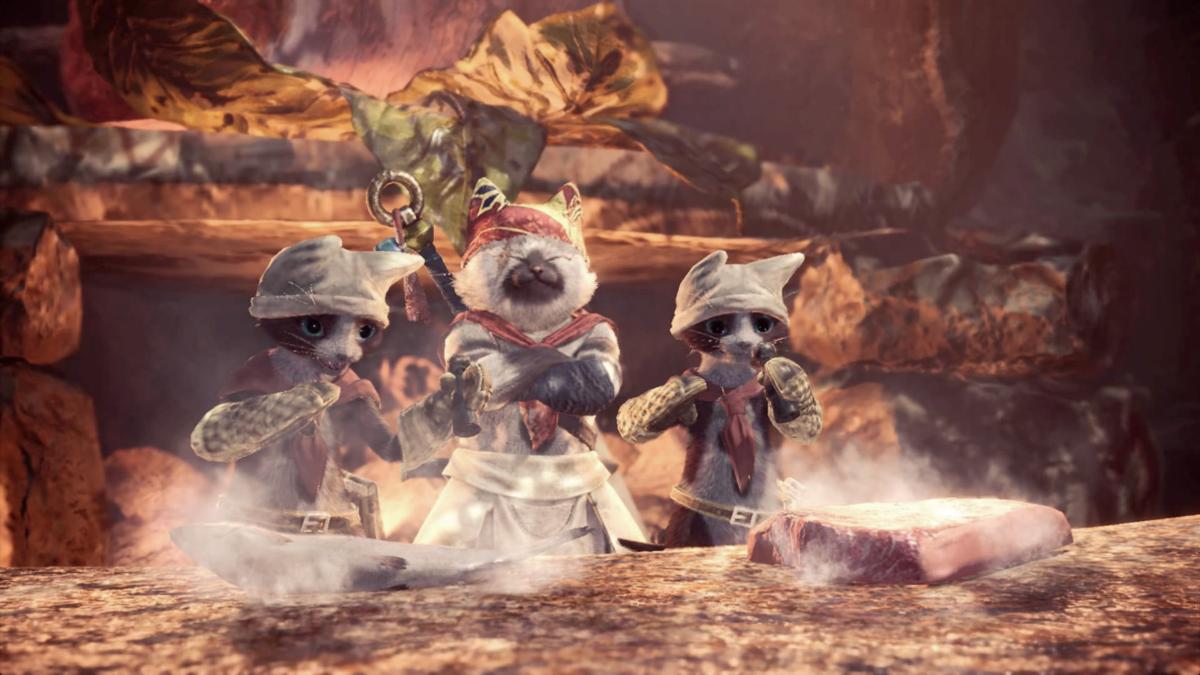 Cat creatures called palicoes can help you hunt and cook meals for you. They’re cute and helpful, Magee writes.

Cat creatures called palicoes can help you hunt and cook meals for you. They’re cute and helpful, Magee writes.

During my first couple of hours in “Monster Hunter: World,” I felt lost.

After being inundated with tutorials, stats and menus and trying to get a handle on several different weapons, I wondered how long it would take to get familiar enough to excel at the game.

The answer was “quite a while,” but more than 30 hours in, I’m officially hooked. I still learn something new about how “World” works each time I boot it up, but the basic grind has me coming back again and again.

The basic premise of “Monster Hunter: World” is simple: Hunt giant creatures and use their remains to craft better armor and weapons to more efficiently hunt bigger monsters.

But what makes “World” great is how much deeper it goes.

There are 14 wildly different weapon types, and I’ve already switched between three of them because they’re all so fun to play around with. Right now I’m addicted to the charge blade, a sword that stores energy. This allows it to transform into an enormous elemental axe. Yes, “World’s” weapons are ludicrous, as is most of the game.

As I’ve traveled through several beautiful and diverse maps, slowly discovering new beasts to conquer, I’ve unlocked several armor sets for both myself and my cat companion (yes, a customizable cat called a palico can accompany you on quests and help you fight monsters). It’s as fun to discover a new piece of equipment to craft as it is to hunt the monsters necessary to craft it.

Combat itself is satisfying but sometimes unnecessarily frustrating. It can be challenging aiming certain weapons for monsters’ specific body parts, and getting consistently stunned by monsters’ breath and roars of all things is annoying. I wish my palico was smart enough to automatically heal me when it matters most, like when I’m low on health and dazed instead of when I’m already drinking a health potion.

I still haven’t found a reliable way to jump onto and mount monsters to attack them from their backs. Jumping from above seems to work only about half the time, leaving it up to chance whether you’ll make it. Having a reliable yet challenging way to mount beasts would open new avenues of combat.

As ridiculous as it is to use comically oversized weapons to hunt what basically amounts to T-rexes and dragons, “Monster Hunter: World” really captures the feel of hunting. You don’t drop into an arena with a creature, kill it and repeat (OK, sometimes you do, but those missions are rare).

Instead, you enter a map and follow footprints and other clues to track down the creature you’re hunting. After finding it, you fight it for a bit, targeting specific areas to hopefully break the beast. Cutting off a creature’s tail, for instance, gives you certain goodies and makes it harder for the monster to use that body part against you.

Once the monster is worn out, you follow it. You might sharpen your sword dulled from minutes of hacking away at the creature. Maybe you fish and cook yourself a meal to maintain your stamina. Every mission feel like a boss fight and a genuine hunt, and it’s always thrilling to win a 20- or 30-minute battle and collect your spoils.

Many games with loot grinds quickly lose their charm. The cycle becomes a boring slog, and players move on. But others manage to stay engaging dozens of hours in by offering an enticing and addicting reward system with satisfying core gameplay.

“Monster Hunter: World” is one such game.

“Monster Hunter: World” may be an insane game where you and your costumed feline friend kill dinosaurs with swords as long as telephone poles, but it respects the hunt. From customizing your gear and weapons to better conquer beasts to eating fish and cooking meals to better prepare yourself for battle, “World” captures the feel of hunting and enthralling combat while simultaneously offering an addicting grind.

“Monster Hunter: World” was reviewed on the Xbox One with a digital copy provided by the publisher’s PR agency, fortyseven communications.

Video game columnist Jake Magee has been with GazetteXtra since 2014. His opinion is not necessarily that of Gazette management. Let him know what you think by emailing jmagee@gazettextra.com, leaving a comment below, or following @jakemmagee on Twitter.

“Monster Hunter: World” is a blast Gazette gaming columnist Jake Magee can see himself getting addicted to, especially with some companions at his side, he writes.