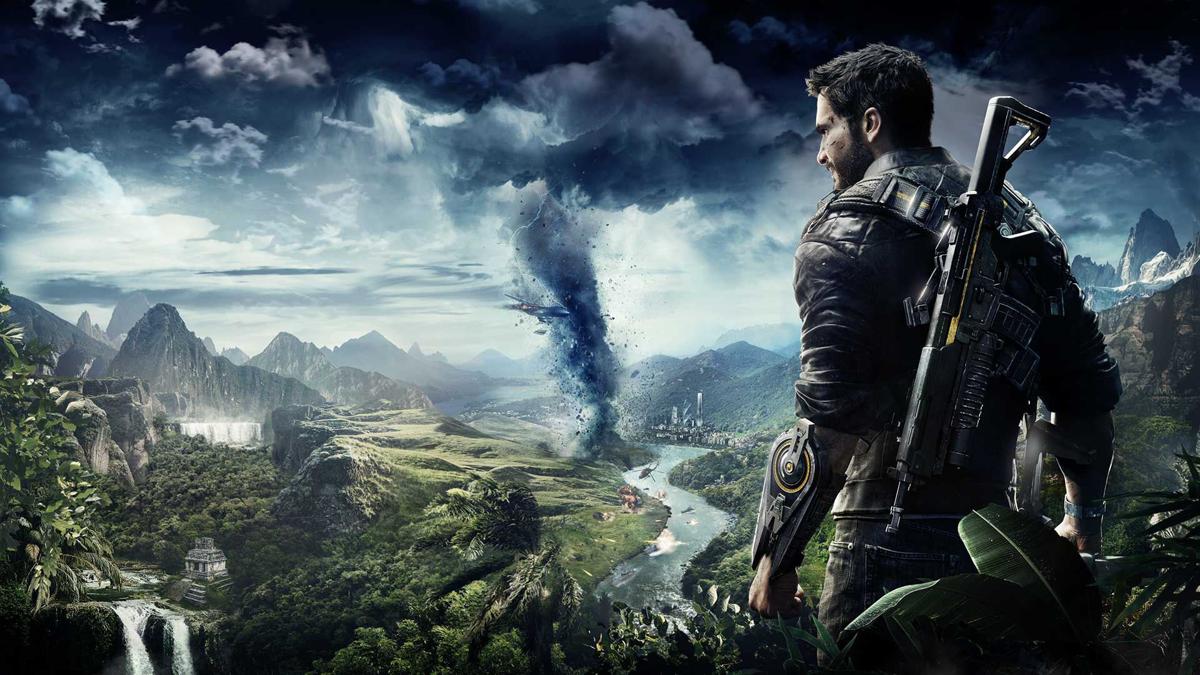 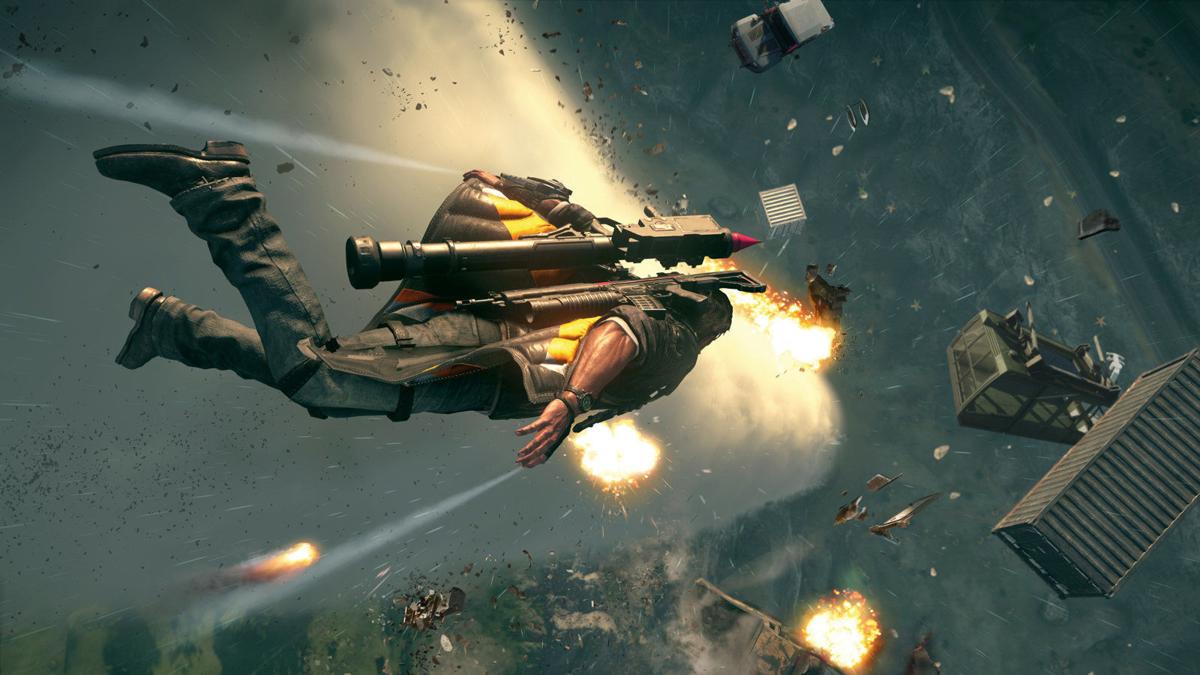 “Just Cause” has always been a guilty pleasure sort of game. The story is an excuse to blow up cities and grapple and fly around in a wingsuit like some physics-defining superhero, and the games have always provided huge playgrounds in which to explore and cause chaos.

For better or worse, “Just Cause 4” is no different at is core. Player character Rico Rodriguez has another dictator to take down in some fictional country, and he’s going to explore half the world to do it.

I’m happy to say it’s as fun as ever to use Rodriguez’s grapple to zip around the world and pull yourself to vehicles to commandeer. Combining his grapple and wingsuit is still the fastest, most efficient and entertaining way to traverse the enormous and diverse map.

The grapple has more tricks this time around, making it a customizable weapon limited only by your imagination. Rodriguez can now set up loadouts of different grappling powers that either activate instantly or after pressing a button.

For instance, I got a kick out of grappling two things together, such as two fuel tanks, and watching them whip into each other at high speed and explode. I found it hilarious to put boosters on the back of my car and activate them at top speed, sending me literally miles into the sky. I channeled Big Boss by attaching airlifts to enemies and lifting them high into the sky. The possibilities of ridiculous hijinks are endless, making “Just Cause 4’s” open world a fun time waster when bored.

A series first, “Just Cause 4” also emphasizes extreme weather. Throughout the game, you’ll encounter tornadoes, lightning storms, blizzards and sand storms. I remember the first time I saw a tornado in the game--I spent a while flying into it, opening my parachute while inside it, and generally just otherwise experimenting with the storm. Other weather events didn’t lend themselves to as much experimentation, but I still appreciated their inclusion.

Unfortunately, the missions, story and combat don’t stack up. Story missions are locked behind sections of the map that open up only after completing bland, repetitive side missions that feel more like fluff than anything else. The missions themselves also are annoying, often forcing Rodriguez to use a certain vehicle to complete objectives when “Just Cause 4’s” strength is giving players freedom to do as they wish.

The story and characters are almost entirely forgettable with an anticlimactic ending followed by a cutscene that definitely should have been actual gameplay.

Combat is as bad as it’s ever been with utterly boring shooting mechanics that are completely unsatisfying. I avoided killing whenever possible and stuck to blowing stuff up instead. I have to admit some guns were fun to use just for their sheer ridiculousness, such as the wind cannon I used to launch enemies miles into the distance.

In past “Just Cause” games, it was required to go into enemy-occupied cities and fortresses and blow up every red piece of infrastructure in the area, including everything from fuel tanks to radio towers to statutes. While sometimes tedious, it was fun to track the destruction of an area and be responsible for blowing all of it up.

That requirement is gone in “Just Cause 4,” which kind of deflates the whole chaos-causing mantra for which the series is known. Never once during my playthrough was I required to blow things up outside of missions. This was a bit disappointing, especially considering the boring side missions that took that mechanic’s place.

“Just Cause 4” is almost too familiar to past entries, featuring the same poor combat, fun grappling and physics, and throwaway story. You have some new tools at your disposal, and weather events are fun to play with, but there is nothing groundbreaking to be found in this sequel.

“Just Cause 4” was reviewed on the Xbox One with a digital copy provided by the publisher's PR agency, FIFTYcc.