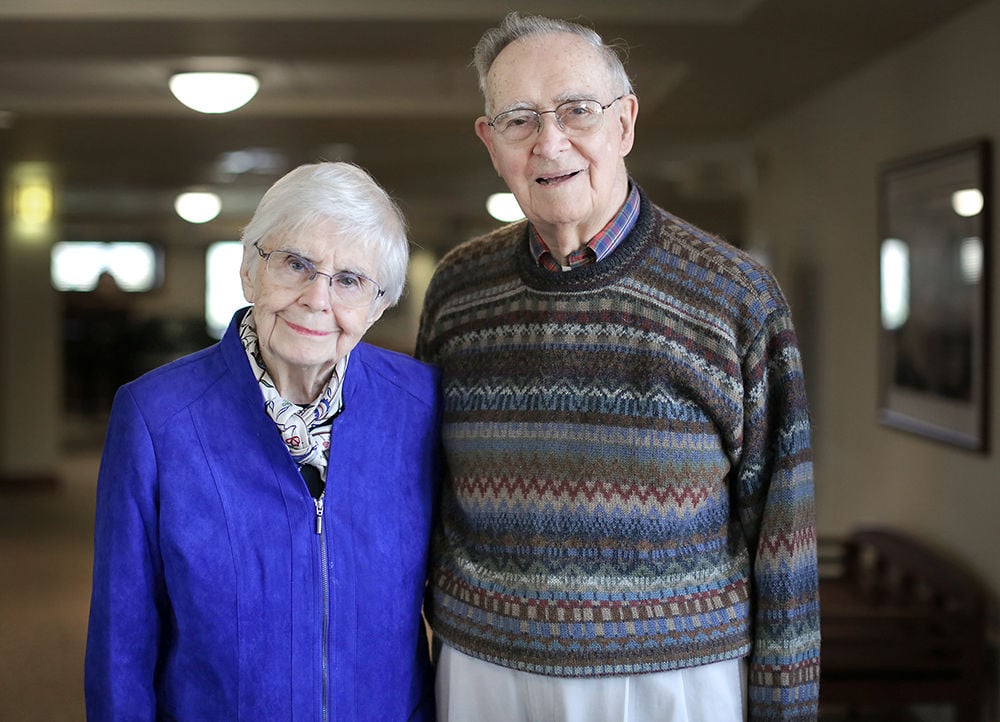 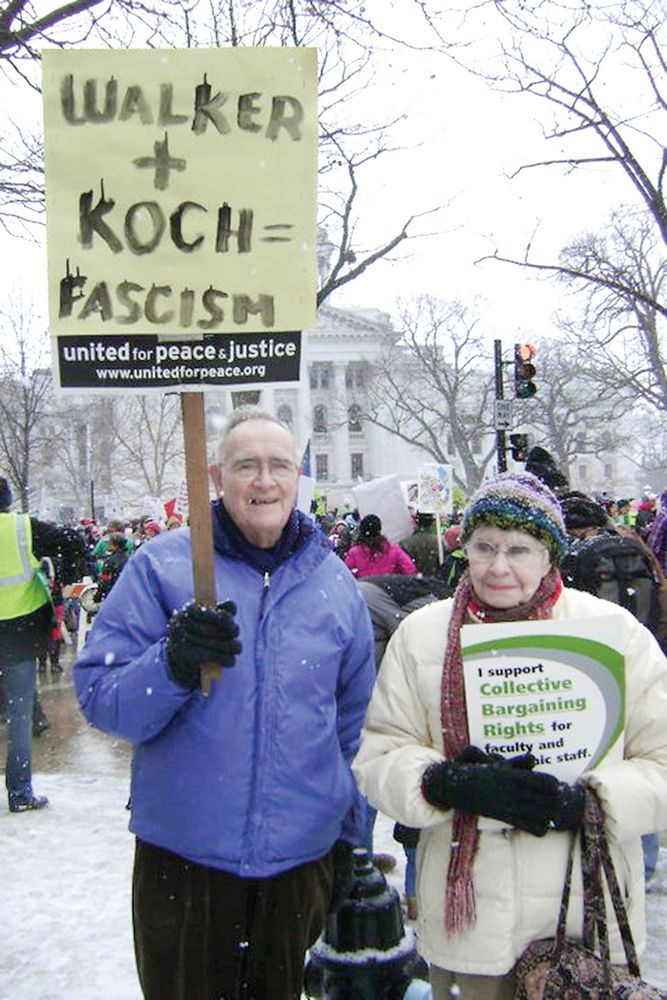 Her husband, Ted, attended the convention as a Wisconsin delegate.

When he called to tell her and their three children that he was safe inside the Hilton Hotel, she felt relieved.

Later, to her surprise, she saw Ted on TV marching in solidarity with students who had come to protest the war in Vietnam under the watchful eyes of the Illinois National Guard.

For decades, they marched, organized campaign events at their home, wrote letters and often let their voices be heard on issues of peace, justice and civil rights. They spoke out on everything from open housing to campaign financing. They also took part in a national movement to redefine the Democratic Party.

On Sunday, May 7, the Rock County Democratic Party will honor the Janesville couple for almost 50 years of service.

“They are like a monument,” said Mark Fuller, chairman of the Rock County Democratic Party. “They have been an inspiration for a lot of people.”

He called Ted “the memory of the party” because of his involvement in or remembrances of the past.

The Kinnamans moved to Janesville in 1966, when Ted was hired as a music teacher at the new UW-Rock County campus. He retired in 1994 after 28 years.

“They are people who came to Janesville, made it their home and really engaged in a deep way in city, county and even national politics,” said John Nichols, a longtime friend, author and journalist.

Nichols grew up in the late 1960s and early 1970s and watched the Kinnamans take part in the politics of the 1st Congressional District.

“I remember them as highly engaged, intellectual and involved in reforming the Democratic Party to make it more anti-war and progressive.”

Nichols is struck by Ted's gentle but persistent approach to politics.

“Over many decades, he maintained a steady commitment but never in a combative way,” Nichols said. “He was good at reaching out to folks who might disagree with him and convincing them to look at another position. He was willing to keep communicating.”

He described the legacy of Ted and Jan Kinnaman as one of great civic involvement.

“In the end, political parties are about the grassroots folks who show up on winter mornings to knock on doors,” Nichols said. “Even now with big-money politics, political parties function because there are people who are engaged. …You don't just have to be an elected official to contribute in a major way.”

The Kinnamans never missed a chance to support or vote for a presidential candidate.

But the presidential campaign of 1968 was profound and pivotal to them because of the Vietnam War, they said.

Ted and Jan opposed the war and got behind Eugene McCarthy, a Democratic senator from Minnesota.

In their Janesville living room, the Kinnamans worked with locals and out-of-towners who stayed in their basement to win support for McCarthy, the anti-war candidate who did not win the Democratic nomination.

The loss galvanized Ted, who helped organize the New Democratic Coalition of Wisconsin, a peace faction of the party.

More than a decade later, Ted and former Madison lawmaker Midge Miller were founding members of the Madison Institute, a progressive think tank.

Ted's affiliations over the years include Rock County Citizens for Peace, American Civil Liberties Union, chairman of the Committee for the Protection of the First Amendment and board member of the Janesville Public Library.

He also served 12 years on the Janesville School Board and encouraged Deb Kolste to run for a seat on the board, which she won. Later, he encouraged her to run for state Assembly, where she serves the 44th District.

Kolste does not know if she would be in politics if Ted had not encouraged her. She admires his approach.

“Ted is strong in his political convictions,” Kolste said, “but I've never seen him deride someone else's opinion or be mean-spirited.”

Jan also never missed a chance to be engaged in the community.

Her accomplishments include being a founding member of the Rock County Ecumenical Peace Network. In addition, she is a longtime member of the Janesville League of Women Voters; was ECHO president from 1996 to 1997; received the YWCA Peace Award and Woman of Distinction award; and served on the Rock County Board of Canvassers, the Public Defender Board and Legal Action Wisconsin.

Both Jan and Ted are passionate about civil rights and worked with a black church in Chicago in the early 1970s to bring children from Chicago to Janesville to stay with local families.

At the time, Janesville had only a handful of black residents, and the Kinnamans thought the experience would benefit both the children and city residents.

Jan bristles when she recalls an incident in a city grocery store when she was with her son and a Chicago boy.

“A woman came up to me and asked: 'Where did you get a kid like that?'”

Ted and Jan met while teaching in central Illinois in 1950 and married in 1953.

“Both are dedicated to issues of peace and justice,” said Coral Swanson, a member of the Rock County Democratic Party. “Sometimes in a marriage, one partner may be involved but not the other.”

Swanson is impressed with the breadth of their involvement, even well into retirement.

“When people talk about retiring, they talk about playing golf or living at the beach,” Swanson said. “Ted and Jan are active and engaged. Age has not stopped them from their interests and being involved on many levels. I've always admired that about them.”

The Kinnamans have two daughters, Jacqueline and Kathie, and a son, Ted.

“All three children are politically active and vocal,” she said, “because that's the example that Mom and Dad set.”

They also taught her to give back to the community.

“My mom has always given as much money as she could to charities and political causes,” Kathie said. “She helped open an office in Janesville for free legal aid, and she was a major force behind the success at ECHO.”

Kathie called her parents “a tough act to follow, even in retirement.”

She learned early on that not everyone agreed with her mom and dad.

“Whenever either one of them wrote a letter to The Janesville Gazette, there would be horrible, hate-filled comments,” Kathie said. “But we learned it is OK to be in the minority.”

When they look back at their lives, Ted and Jan know that issues of peace and civil rights still need major attention.

But they agree that activism is worth every small gain.

“It feels good to be involved in what's happening in the world,” Jan said. “In addition, when you meet wonderful people who share your lives, what could be better?”

Ash Wednesday marks the start of Lent when many Christians will give up certain luxuries for 40 days. Which one of these things would you consider the most difficult to quit?

Are you registered to vote in Wisconsin?