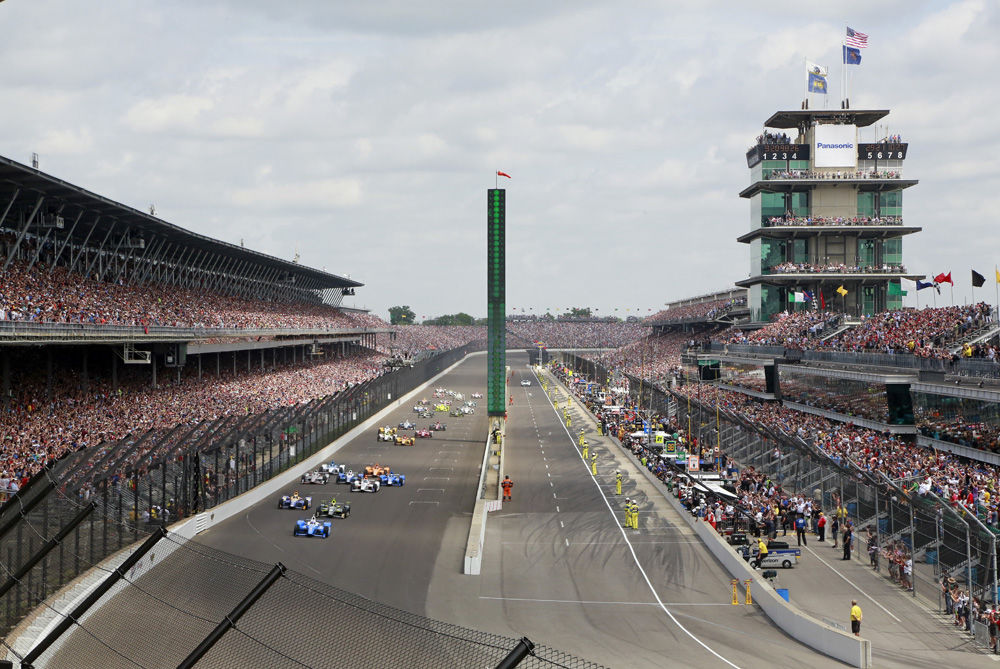 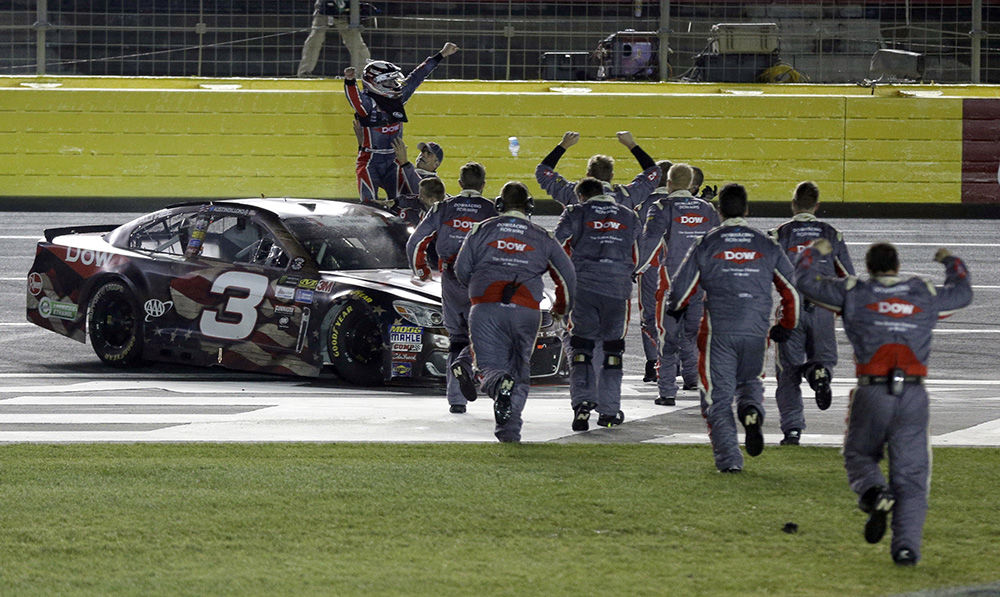 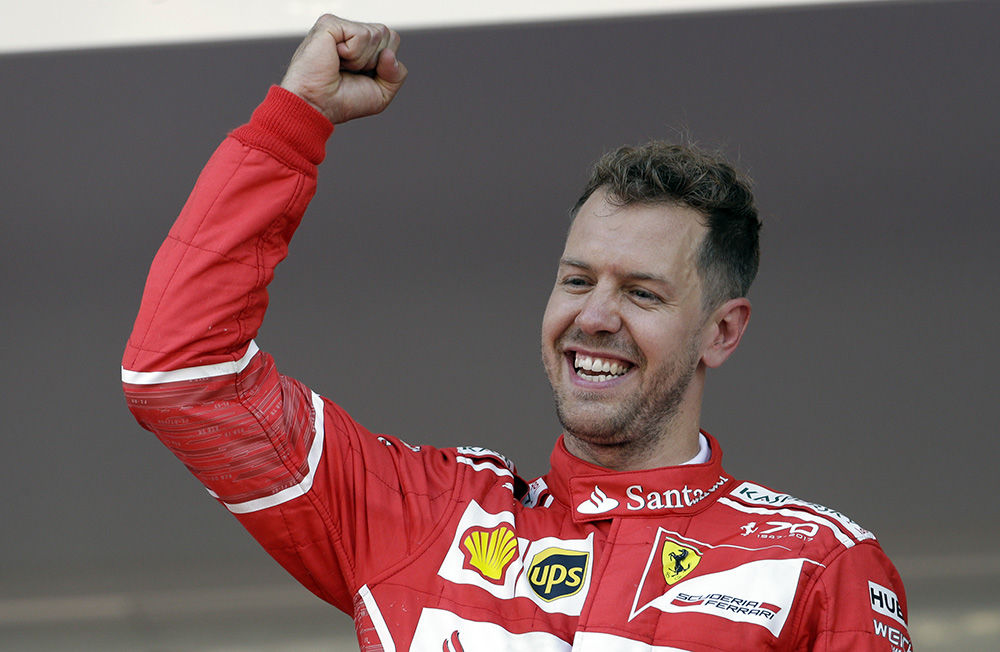 Not in a million years would I have predicted Takuma Sato to win the Indianapolis 500. Not that he isn't talented or fast enough to win the crown jewel of racing, I just didn't think he'd be able to put it all together to get the victory.

I should have known better, as Sato nearly upset Dario Franchitti in 2012, but crashed trying to get around Franchitti on the final lap. That, coupled with the fact that he's driving for Andretti Autosport this season, should have given me reason to pause.

Andretti's team has now won five Indy 500 races, including three of the last four. The race that Michael Andretti tried so hard to win but fell short in 16 tries has now become his team's greatest strength. Four of the team's six cars led a combined 95 of the 200 laps Sunday.

Sato fought hard with three-time Indy 500 champion Helio Castroneves for the last twelve laps or so. I thought for sure Castroneves was setting up Sato to pass him on the last lap, but instead had to settle for his third second-place finish in 17 starts. Maybe next year Castroneves can finally win his fourth to join the elite club that also includes Foyt, Rick Mears and Al Unser.

Sato, 40, is one of the senior drivers in the Verizon IndyCar Series and has been in the series since 2010. In that time, Sato has driven for four different teams, including A.J. Foyt Enterprises. It was when he was driving for Foyt's team that Sato won at Long Beach in 2013, his only career win until his triumph Sunday.

Prior to IndyCar, Sato drove in Formula One for several different Honda teams over five seasons. Sato's highest finish was third at the 2004 United States Grand Prix, ironically held at the road course of Indianapolis Motor Speedway.

The race's scariest moment came when Scott Dixon collided with Jay Howard, who had hit the wall in turn one and was coming back across the track. Dixon, unable to avoid Howard, was catapulted over Howard's car and flew over 100 yards before smashing the inside SAFER barrier at turn two. Dixon walked away, but it certainly could have been much worse.

The crash led to a red flag that lasted about 20 minutes so safety workers could repair the catch fencing where Dixon's car hit.

Other points worth mentioning:

—Rookie Ed Jones finished third driving for Dale Coyne Racing, the team who was without driver Sebastien Bourdais after Bourdais was injured in a qualifying accident. Jones was overshadowed all month by fellow rookie and F1 driver Fernando Alonso, but Jones drove one hell of a race in his first time at the Brickyard. I predicted him to finish in the top ten, but he exceeded my expectations.

—Speaking of Alonso, you have to believe that if it weren't for a blown engine 21 laps from the end, the Spainard would have at least had a top-five finish. Alonso was near the front all day and led 27 laps which earned him Rookie of the Year honors. I certainly hope he'll give it another shot next year.

—Besides Alonso, the Honda reliability issue reared its ugly head for two other drivers, including Andretti's Ryan Hunter-Reay, who looked to be on his way to a second 500 victory. Hunter-Reay had led 28 laps when his engine blew on lap 136.

—Max Chilton, in his sophomore year at Chip Ganassi's team, led a race-high 50 laps but faded at the end to finish fourth. Chilton is obviously talented, but I just can't warm up to him and really didn't want to see him take the win.

—Besides the runner-up finish for Castroneves, Team Penske was practically non-existent during Sunday's race. The team that has won 16 Indy 500 races had only one other finisher in the top ten with Juan Pablo Montoya finishing sixth. Will Power was caught up in an accident on lap 183 while Simon Pagenaud and Josef Newgarden finished 14th and 19th, respectively.

IndyCar now heads to Detroit's Belle Isle for the Detroit Grand Prix doubleheader, with races at 2:30 p.m. Saturday and Sunday.

Austin Dillon took the No. 3 Chevrolet back to victory lane in Sunday's Coca-Cola 600 at Charlotte Motor Speedway for the first time since 2000 when Dale Earnhardt won at Talladega. Dillon gambled on fuel and passed Jimmie Johnson with three laps left after Johnson's fuel tank ran dry.

It is the first career win for Dillon, 27, in his fourth season in the Monster Energy NASCAR Cup Series. Dillon's car owner Richard Childress is also his grandfather, which is interesting considering Childress retired the No. 3 following Earnhardt's death in 2001 until Dillon's first full-time season in 2014.

Kyle Busch and Martin Truex Jr. rounded out the top three with Truex leading a race-high 233 laps. Truex also takes over the points lead and sits five points ahead of Kyle Larson heading to Dover International Speedway for Sunday's AAA 400 Drive for Autism.

The race was red flagged for over 90 minutes due to rain, causing the race to take over six hours from start to finish.

Lewis Hamilton qualified an uncharacteristic 14th but came back to finish seventh and now sits 25 points behind leader Vettel in the championship standings. Hamilton has a cushion of 29 points over teammate Valtteri Bottas, who sits third in points.

Jenson Button, who came back from his sabbatical to fill in for Alonso, was involved in a collision with Pascal Wehrlein on lap 57 and finished 18th. It was likely the last time we'll see Button compete in F1, who still holds an ambassadorial role with the McLaren-Honda team.

The series heads to Montreal for the Canadian Grand Prix on June 11.