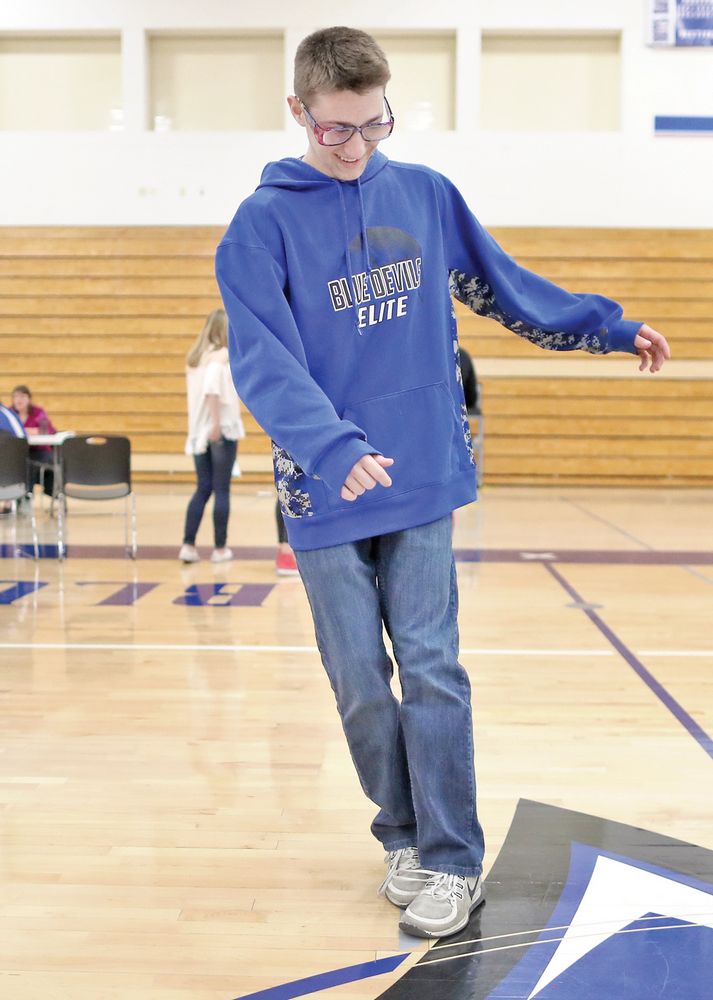 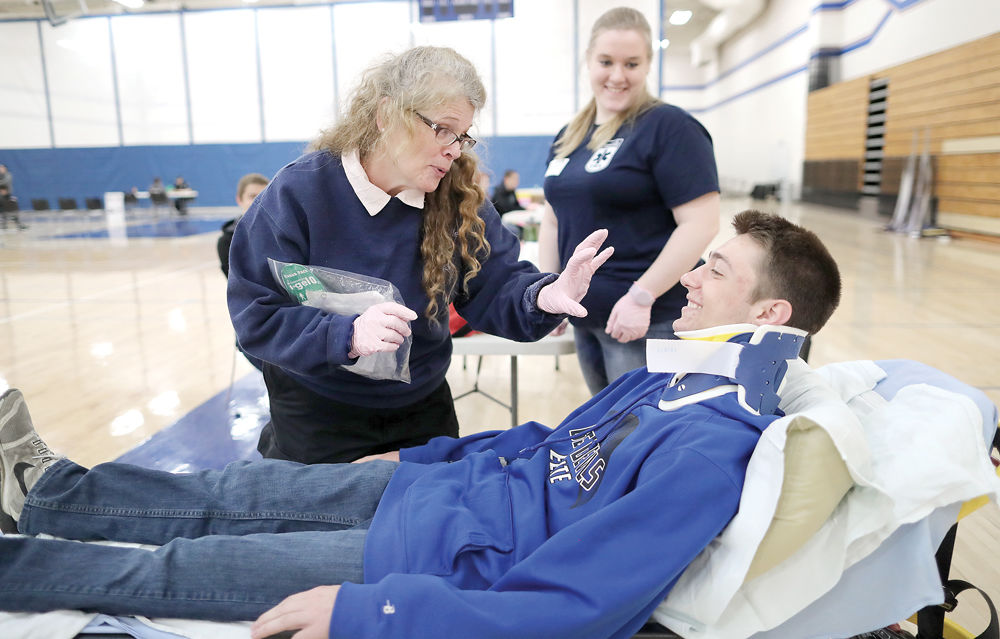 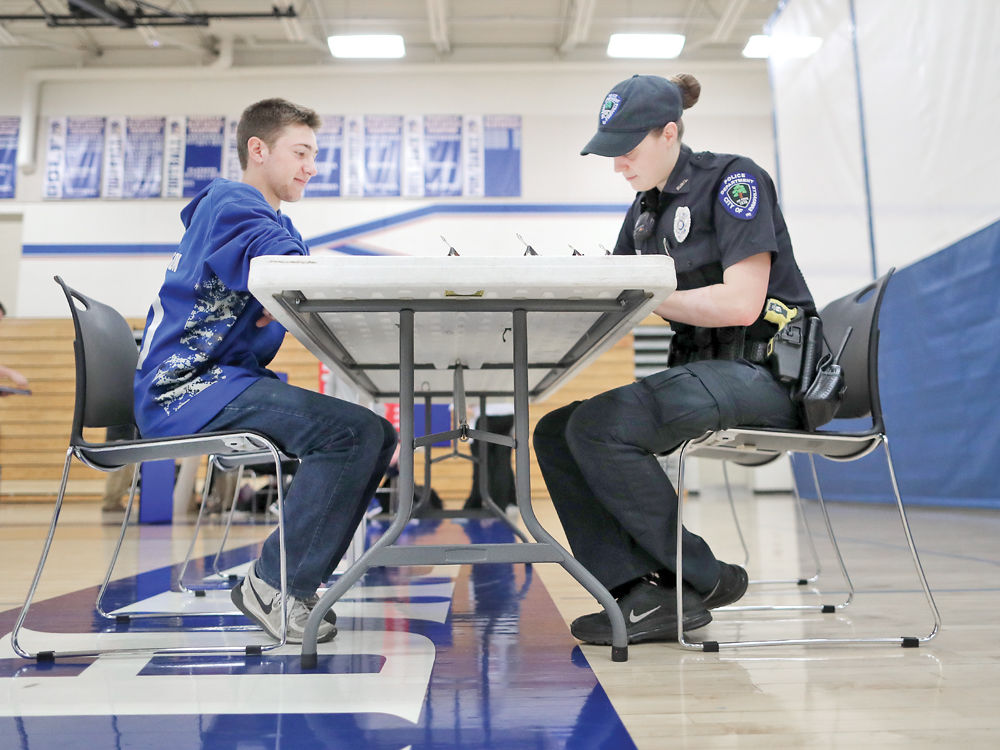 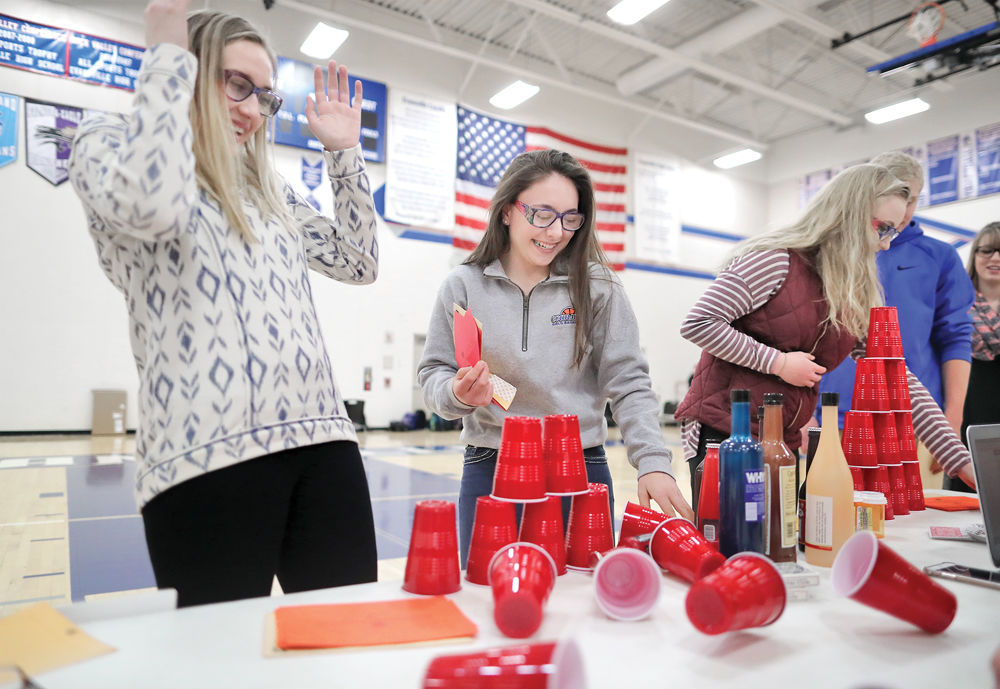 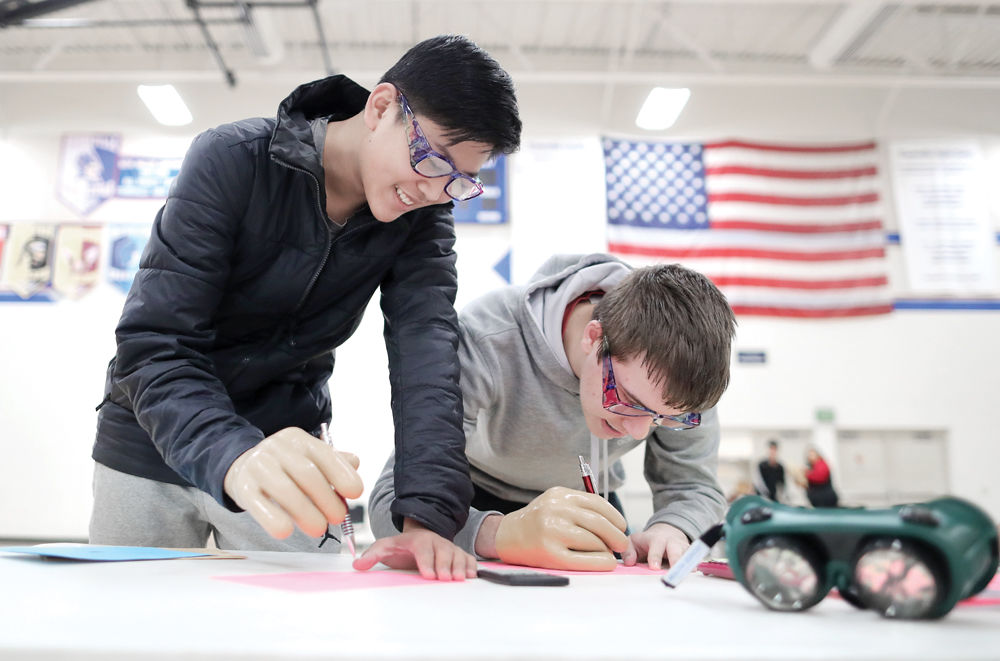 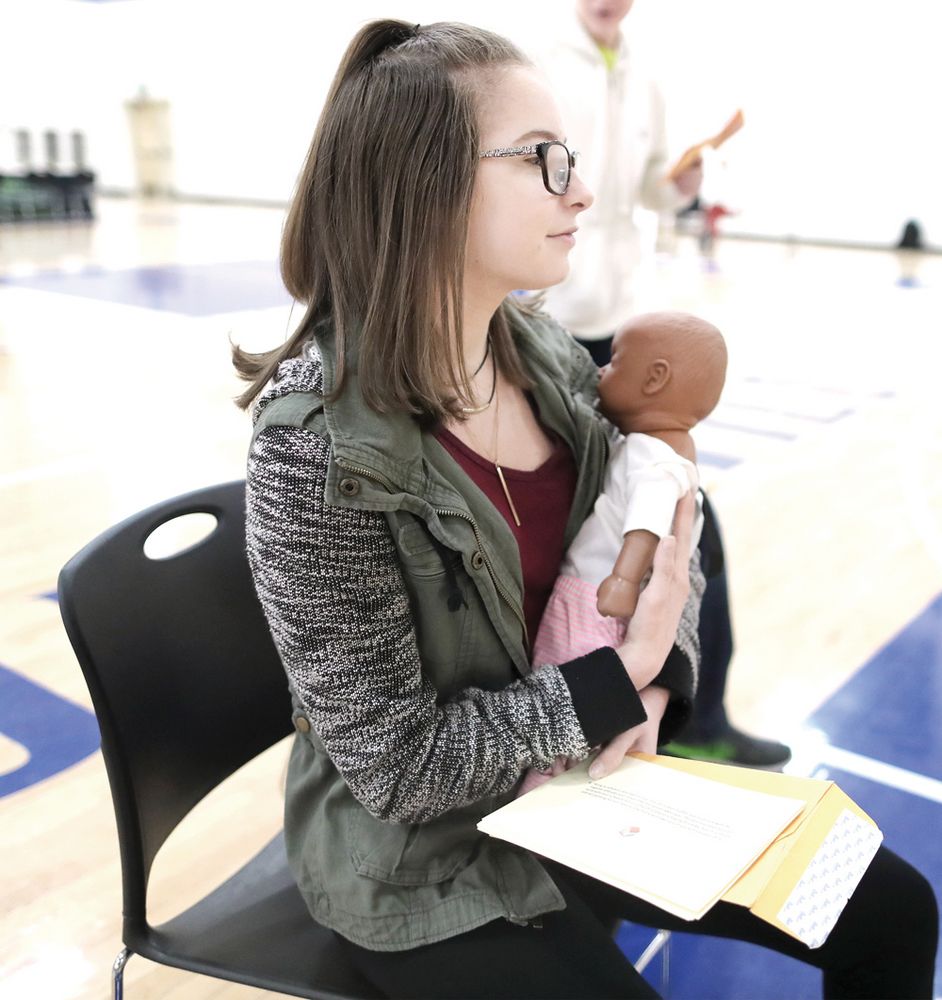 EVANSVILLE—Some Evansville High School freshmen set foot in the gym Tuesday and expected the next half-hour to be a joke, nothing more than a brief break from class.

By the end, most had somber expressions after learning the consequences that come from drinking, drugs and other destructive behaviors.

The catalyst was Evansville's annual Reality Maze, a simulation organized by Building a Safer Evansville that shows teenagers the long-term effects of bad decisions.

Many initially think such behavior is isolated, but they soon realize how one bad choice can affect other parts of their lives, said Deb Miller, an event coordinator and high school health teacher.

Each student received an envelope full of scenarios, most of which took kids to tables about drugs or alcohol to start.

Students likely will be exposed to drugs or alcohol in high school, and those substances often kick-start bad decisions, Miller said.

At those tables, the freshmen encountered fake alcohol bottles with themed labels such as Southern Discomfort and Judgment Heister—a faint reference to Jagermeister. They put on vision-disorienting “beer goggles” and tried to walk straight lines on the basketball court.

That is where kids usually tell Miller they had the most fun. The mood at these tables is still lighthearted, from the fake liquor bottles to the drug station named Stoner Den.

Freshman Nicholas Haakenson's envelope took him first to the Stoner Den, where he learned he had gone to a party and taken too many prescription drugs.

At the next station, his scenario said he caused a serious car accident that injured himself and friends, and a member of the Evansville EMS strapped him in a neck brace and wheeled him on a stretcher to the “hospital” station across the gym.

Haakenson's scenario eventually said one of his friends died in the accident, which for him meant 15 years in prison, hefty fines and spiked insurance rates.

Haakenson said he never knew a car accident or possessing drugs could involve so many steps.

Haakenson was gregarious at the beginning of the simulation, but he was in a solemn mood by its end. He considered it informative to learn all of this now.

“If I ever do go to a party like that and see someone is about to do that, maybe think about this and try to stop them as much as I can and stop that from happening,” Haakenson said.

His experience was common to many students who thought bad outcomes could never happen to them.

Tina Nelson, another event coordinator, was stationed at the final table. She said the teenagers had lost their initial cockiness and were aware of consequences when they reached her.

Nelson called on parents to become more involved and to always offer a ride home if their children get stuck at a party.

She said she hoped the Reality Maze would prevent a “downward spiral” of bad decision-making in the future.